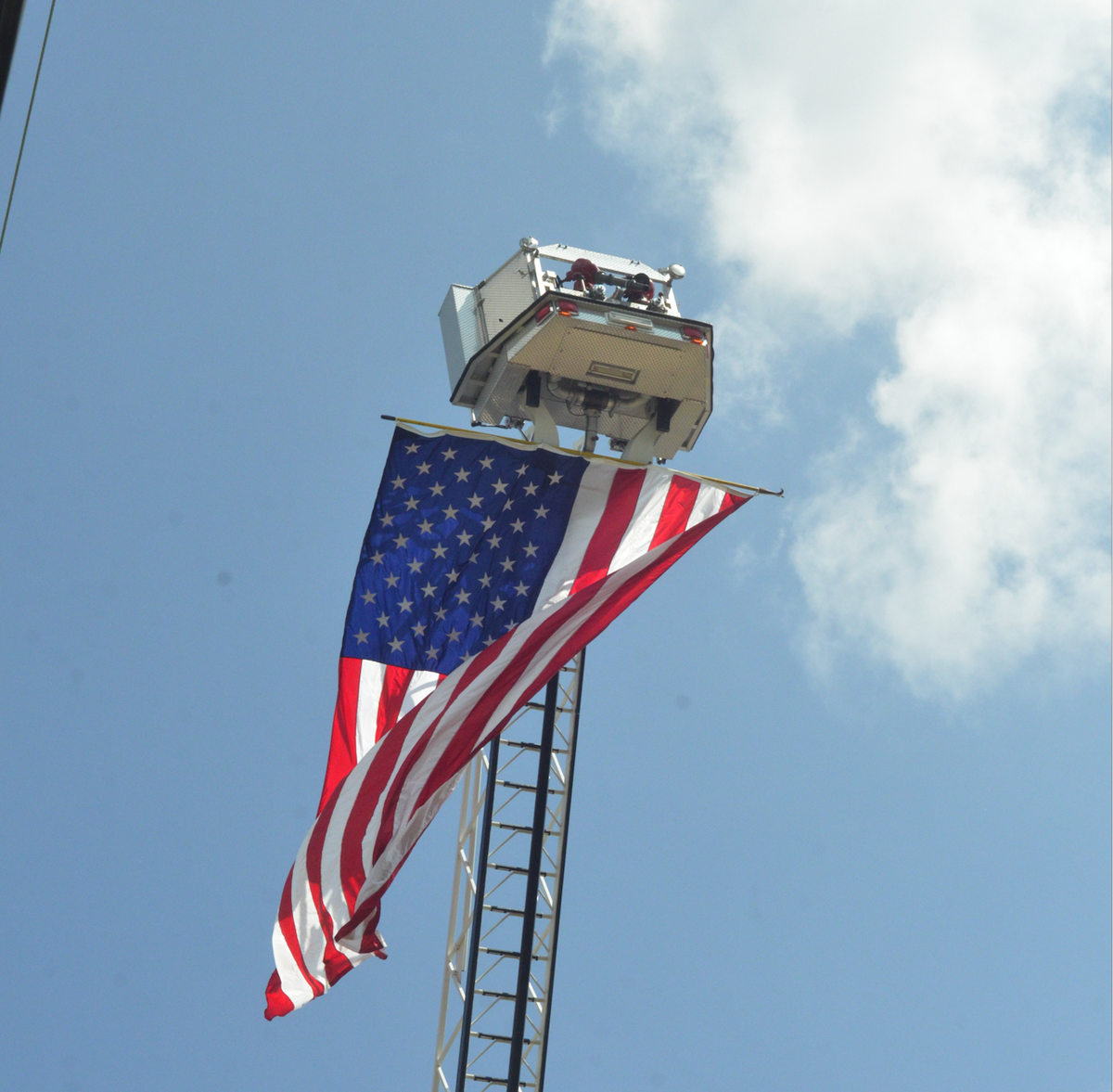 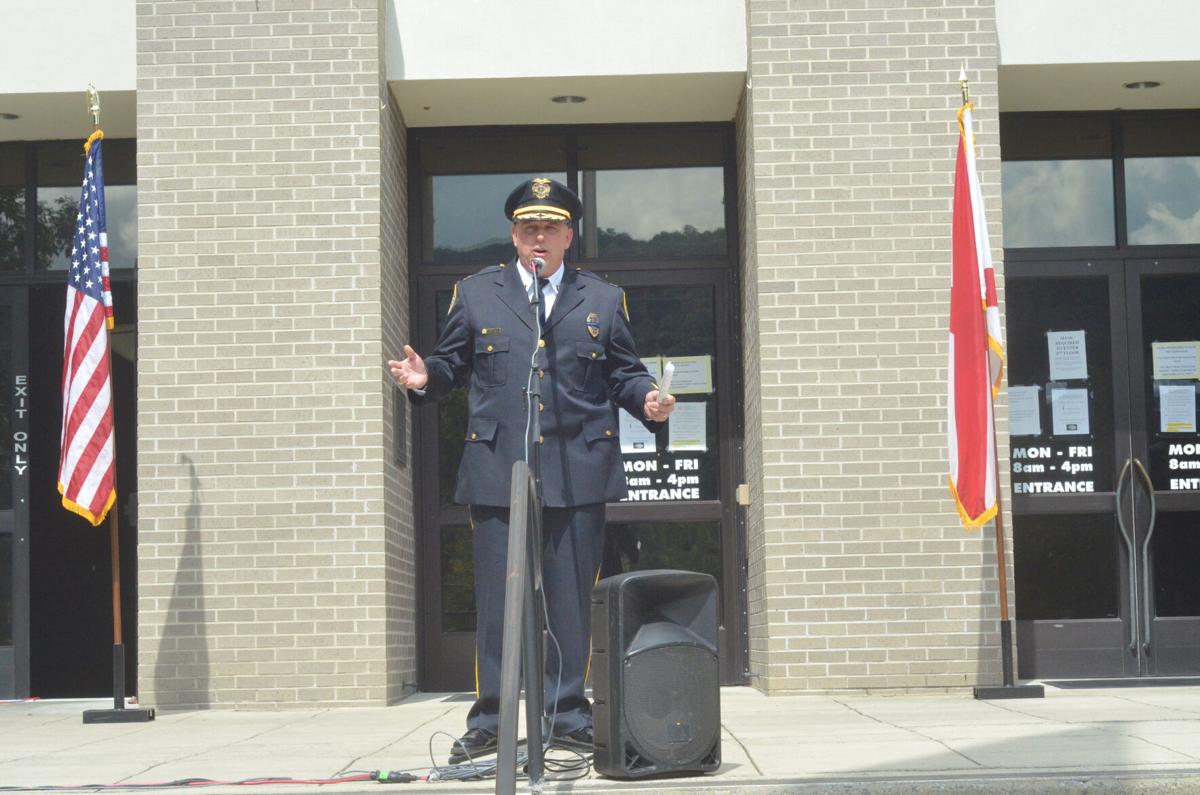 New York native Capt. Mike Izzo, of the Hunstville Police Department, tells the story of a friend who passed in the 9-11 attacks.

New York native Capt. Mike Izzo, of the Hunstville Police Department, tells the story of a friend who passed in the 9-11 attacks.

DeKalb County first responders and citizens who support them gathered at the courthouse to once again honor the nearly 3,000 lives lost on Sept. 11, 2001.

Organizers Craig White and Steve Whited held the memorial ceremony for a second consecutive year after a five-year lapse following the 2013 observance. They did so to remind DeKalb County of the sacrifice made by their fellow first responders. Among those killed were 343 firefighters from the 75 responding firehouses, 60 police officers and 8 paramedics. Many others have since perished from sickness after clearing the catastrophic debris to search for survivors.

The Fort Payne Police Department presented the colors while Emma Westbrook, of Fort Payne, sang the National Anthem and a bagpipe performance concluded the ceremony.

The guest speaker was Capt. Mike Izzo with the Huntsville Police Department. The Alabama Army National Guardsman and veteran police officer of 25 years is a Brooklyn, New York native. He took the moment to talk about his friend Raymond R. York, a veteran firefighter who had put in his retirement paperwork and planned to retire from Engine Co. 285 in Queens at the end of 2001. On Sept. 10, he had visited the Fire Department of New York’s pension unit to get his affairs in order.

That fateful next morning, “[York] was playing the role of ‘Fireman Ray’ in a fire safety show at Rockerfeller Center due to an on-the-job injury,” Izzo said. “When he heard the TV station crew say they had to leave, he could not be kept from grabbing his firefighting gear and hitching a ride on their satellite truck” after learning that two hijacked airplanes had smashed into the World Trade Center. York then hitched a ride with an ambulance to cross police lines and help rescue people trapped in the Twin Towers.

York was buried under the rubble as the South Tower collapsed at 9:59 a.m. Eastern after being hit by the second Boeing 767 jet, United Airlines Flight 175. The explosion of its fuel caused fire-induced structural failure after burning for 56 minutes. A half-hour later, the North Tower also collapsed.

“His remains were found the next day, pulled from the rubble on West Street,” Izzo said.

Izzo spoke of York’s 11-year-old son who became the man of the house on that terrible day, shielding his mother and three siblings from further harm. The tragedy forced him to grow up much faster than his peers. Now 30, the young man is a volunteer firefighter in Valley Stream, N.Y. and attends the Fire Department of New York Academy.

An Ozone Park elementary school was named on behalf of the fallen hero in a 2003 ceremony attended by former Mayor Rudolph Giuliani. The elder York had frequently visited the school to distribute books while dressed as Clifford the dog and educating children on how to prevent and be secure around fires. With 19 years passed, many of those children now have their own kids attending.

Izzo spoke of the proud tradition of service among firefighters, police officers and everyone who ran into the burning buildings to save others on 9-11. He also reflected on the current civil unrest as nationwide protests in the summer of 2020 have pit civilian protestors against law enforcement, and he encouraged the country to unite as it did in the days after the 9-11 attacks. On that point, he closed by reminding the crowd that God’s second commandment is to “love thy neighbor as thyself.”