Fyffe High School senior Trace Whitmire is preparing for the opportunity of a lifetime after being granted acceptance to Yale University. 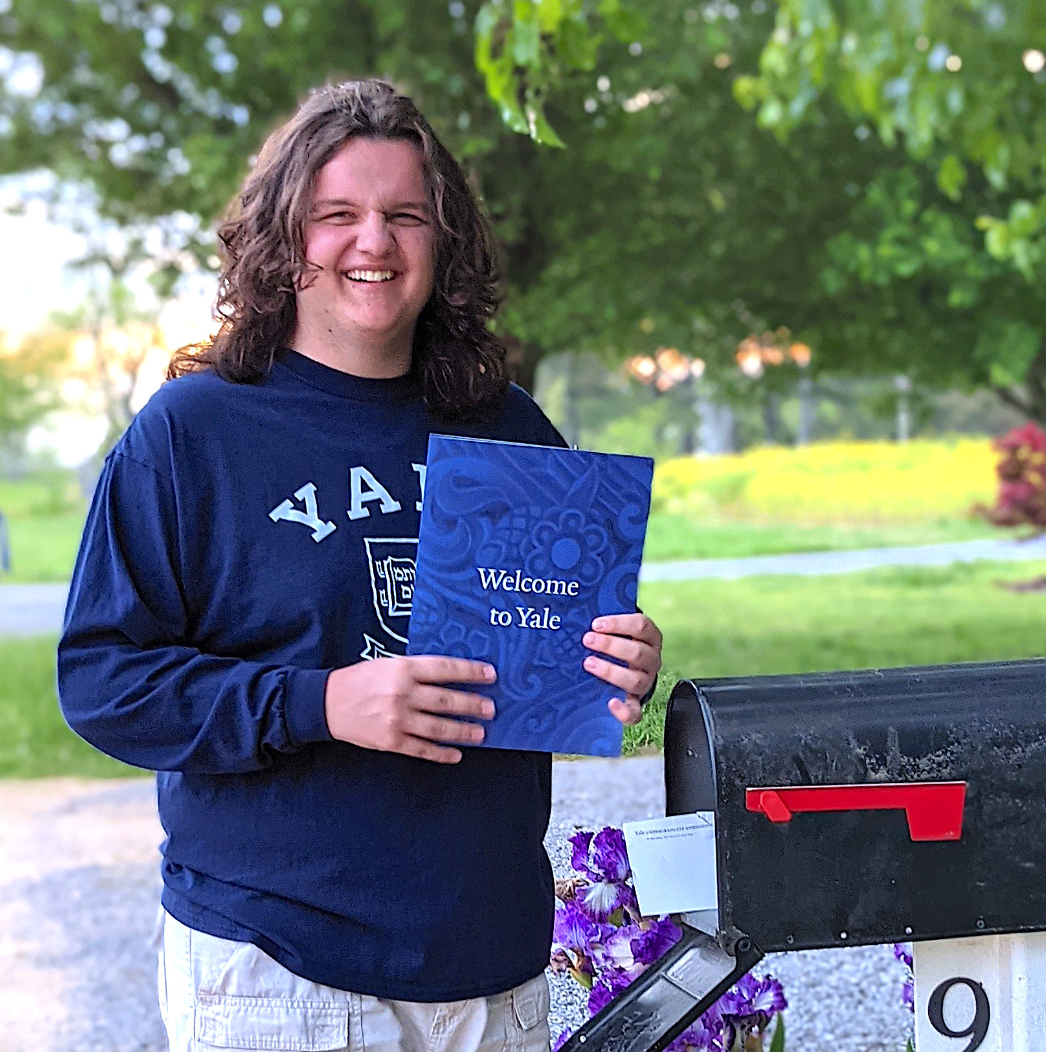 Trace Whitmire said Yale was the only school he applied to, and he was accepted Dec. 16, 2020.

Fyffe High School senior Trace Whitmire is preparing for the opportunity of a lifetime after being granted acceptance to Yale University.

Trace Whitmire said Yale was the only school he applied to, and he was accepted Dec. 16, 2020.

Fyffe High School senior Trace Whitmire has gained acceptance to Yale University in New Haven, Connecticut, one of the top Ivy League schools in the US.

“It’s the opportunity of a lifetime,” he said. “I am so honored to be given this chance.”

Whitmire plans on following a path within the Arts field along the lines of digital art or media.

“Graphic design, video production, editing and music management are all great choices,” he said. “I am, of course, open to whatever Yale has in store for me.”

Fyffe High School principal Wayne Lyles describes Whitmire as an intelligent young man who's academically driven and is always willing to help others.

“He ranks among the top students in his graduating class that has very high GPA’s and ACT scores,” he said.

Although most seniors apply to various colleges their senior year, Whitmire put faith in himself and took a chance by only applying to Yale University.

“I actually only applied to Yale initially. Had I been rejected or deferred, I had plans to apply to Harvard, Duke, UCLA, UC San Diego, Auburn and maybe even the Rhode Island School of Design,” he said. “However, since Yale’s EA decisions came back so early, I never applied to any of them.”

As part of his application process, Whitmire said he wrote one main essay, as well as various smaller Yale-specific essays.

“I wrote about growing up in the South and the prejudice, closed-mindedness and hypocrisy that many children including myself are exposed to during childhood,” he said. “That being said, these roadblocks and setbacks are what made me who I am today, so I wrote about that as well.”

Whitmire resides on a 260-acre cattle farm in Grove Oak along with his parents, brother Wesley Whitmire, two dogs Blu and Puddy and cat, Franklin.

He has attended FHS since kindergarten and is a member of the FBLA, Spanish Club and the Fyffe High School Beta Club.

“I am the president of Fyffe’s Beta Club and we are currently working on a campus beautification project for which we’re going to plant trees and flowers in front of the school,” said Whitmire.

Along with his presidential duties, he also composes the club's event fliers and special dates which, according to Whitmire, is how his interest in graphic design came about.

“Trace is a leader on our campus by serving as the Sr. Beta Club President. In this position, he has organized peer-tutoring opportunities and a campus beautification project,” said Lyles. “He is such a nice and caring person and I know, he will use his opportunity to attend Yale to become a difference-maker in the world.”

Outside of the classroom, Whitmire engages in a wide range of extracurricular activities from listening to music to drawing, designing, playing video games, facetime and hanging out with friends.

“As the self-proclaimed life of the party, I love to make people laugh and will always be the one to crack a joke,” he said. “I’ve also become fascinated with astrology recently and love seeing how people’s actions and thoughts match up with their zodiac sign. I’m a Pisces.”

Whitmire acknowledges his parents Heather and Steven Whitmire, brother Wesley and grandparents for their unending love and celebrating his achievement and his counselor Cindy Smith, Beta Sponsor Heather Headrick and physics teacher Connie Cochran who helped guide him through the application process and provided reassuring words.

“I also want to thank my newfound friend and current Yale freshman Cage Cochran for leading by example and helping me realize that a ‘yes’ from Yale was a goal that I could realistically achieve,” he said.

Most of all, Whitmire would like to thank his favorite teacher, Natasha Hilley, who has been an inspiration to him for years because of her passion for everything she does and the support of her students in achieving their dreams.

“She tackles important topics in her classroom and truly makes change with her words and for that, I am awe-stricken and eternally grateful,” he said. “I love you all.”

To future graduates, Whitmire shares the following words of advice, “Believe in yourself and all that you are, stand up for what you believe in, even if it means standing alone and remember that there are always so many beautiful reasons to smile - happiness looks gorgeous on you.”

Lyles said the Fyffe High School faculty and staff are very proud to have a student accepted to Yale for the second year in a row.

“We are certainly proud of the recognition our sports teams earn, but we also take our academics very seriously,” he said. “To know our graduates are well prepared and able to receive scholarship opportunities to a prestigious Ivey League University is very rewarding academically.”

Intervals of clouds and sunshine in the morning with more clouds for later in the day. High 79F. Winds SSW at 10 to 20 mph.