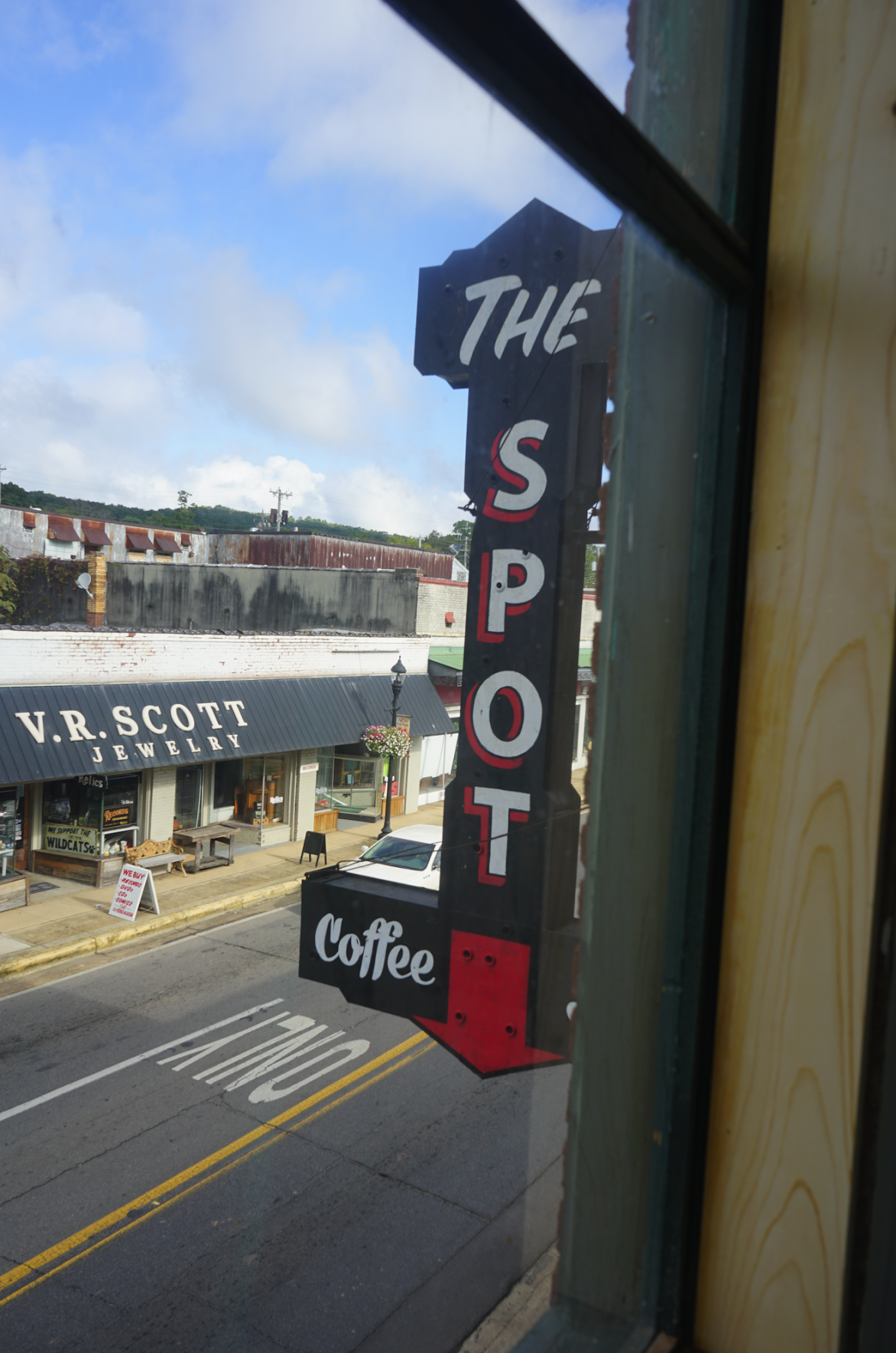 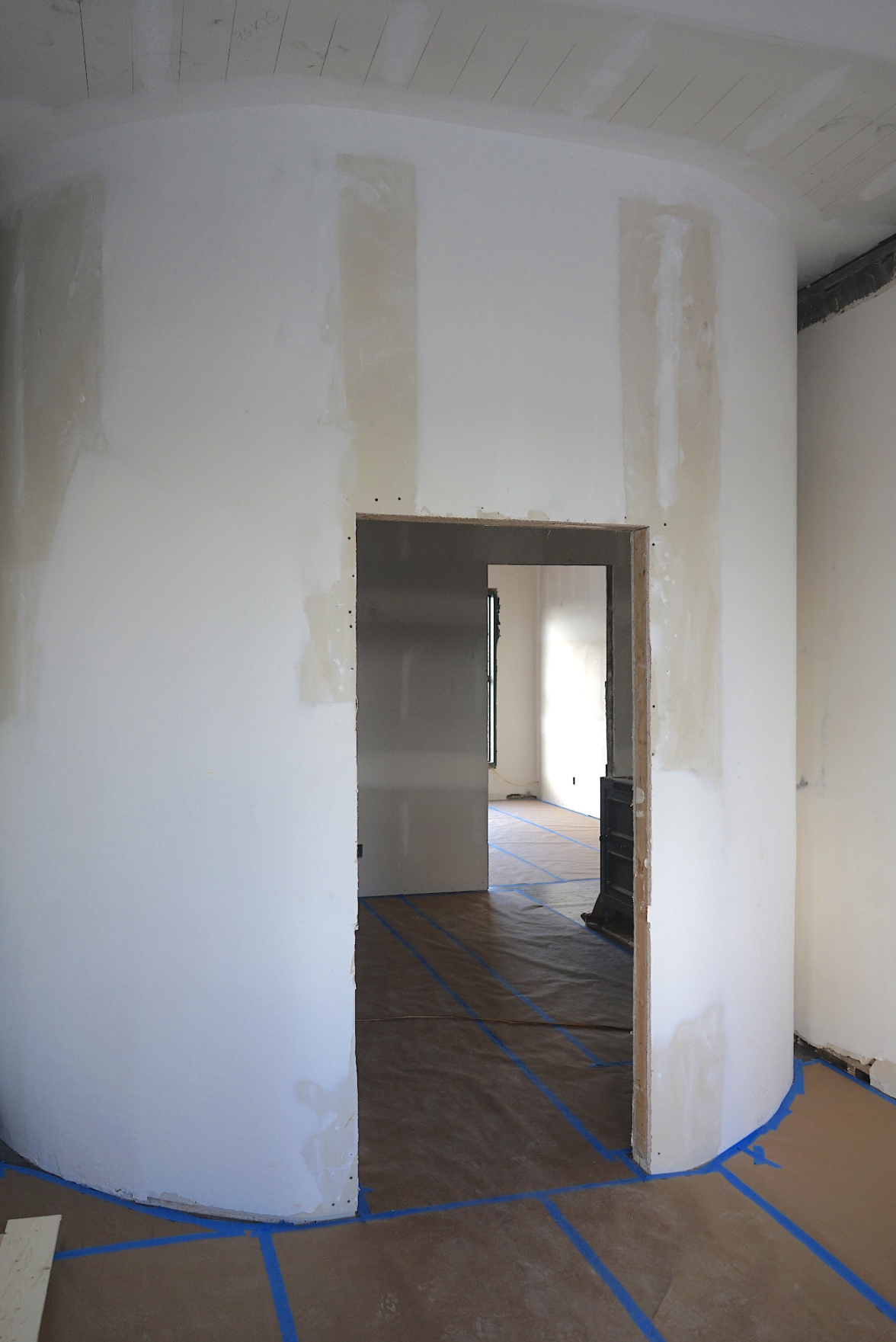 Local businessman Jerry Clifton gave Mayor Brian Baine and members of the Fort Payne City Council a tour of the renovations he’s making on the top floor of the Haralson Building. Clifton said he plans to create two luxury lofts, collectively encompassing 1,700-square feet, that will be available for short-term vacation rentals, as well as a venue for events such as wedding or baby showers, girls’ nights out and so forth.

Clifton said he’s been limited in what changes he could make given the historic nature of the building, where The Spot Coffee Shop now operates downstairs. Some of his original choices were vetoed by the National and State Historical Registries, with whom he is now on a first-name basis. The building was originally built in 1889. It was added to the National Register of Historic Places in March 1989, certified by the Alabama Historical Commission.

The floor plan calls for each apartment to have two bedrooms and two bathrooms, plus open kitchens and dining areas tied together by hardwood floors. Tin ceilings will add an ornate touch to what he describes as a “modern and eclectic” aesthetic inside.

“We couldn’t move the walls and will restore the doors with half smoked glass that you can’t see through,” he said. “I wanted to have exposed brick walls, but that’s not how it was originally so we are going with plaster. We had to re-do all of the wiring and plumbing, add fire alarms and a sprinkler system in it. We will be able to operate the HVAC, locks and lights remotely by computer. It’s going to be like nothing this area has seen.”

He originally wanted to buy and renovate the old Post Office, which sits next to the Fort Payne Police Department in the old City Hall building, but he fell in love with the Haralson building once he saw it for himself and envisioned spaces restored for downtown living.

The transformation breathes new life into a vacant space that showed the remnants of a past fire and was so packed with stored items that walking through it meant tip-toeing over things. Clifton purchased the two story building from Dr. Stephen Brewer and his wife Lynn Locklear Brewer, along with a separate adjoining structure housing The Valley Nutrition and Cotton State Boutique, formerly Whitley’s Stained Glass Shop.

He also purchased several properties extending from the northside of First Street wrapping around the corner onto Gault Avenue North. He sold one building that formerly housed Fort Payne Wholesale, and is renting the others to tenants like Alice Circle, Chris Hale Sign Shop and Crestah Taylor’s upcoming Bakehouse Downtown.

While giving them a tour of the various rooms, he shared with the Council his vision for a thriving business district where strings of light will connect both sides of First Street in a scene sure to attract lots of Instagram moments. With this and other ideas put into action, he said the momentum and excitement is building.

“Downtown Fort Payne can be transformed into an art and entertainment district,” Clifton said. “There’s so much possibility for this downtown area. Think outside the box and throw away old ideas. Believe it and it will happen.”

He imagines the creation of events similar to the Wine Down Main Street, which is celebrating 20 years of food and wine-tasting in Franklin, Tenn.

Since tourism has become DeKalb County’s top industry, renovating historic spaces and turning them into vacation rentals makes sense to him. Travel trends have evolved thanks to services like Airbnb, which has generated more than $3.4 billion in tax revenue for 29,000 jurisdictions around the world.

Clifton said state historical officials told him at least three other developers had reached out to inquire about also giving makeovers to other historic structures downtown. He said he has also gotten inquiries about booking stays in the lofts once they are completed. The pace of the renovations had advanced swiftly in the last several weeks.

He said guests will only need to bring some clothes and their toothbrush to enjoy an enhanced experience visiting DeKalb County. As the owner of rental cabins in Mentone, Clifton already knows a thing or two about offering an unforgettable experience.