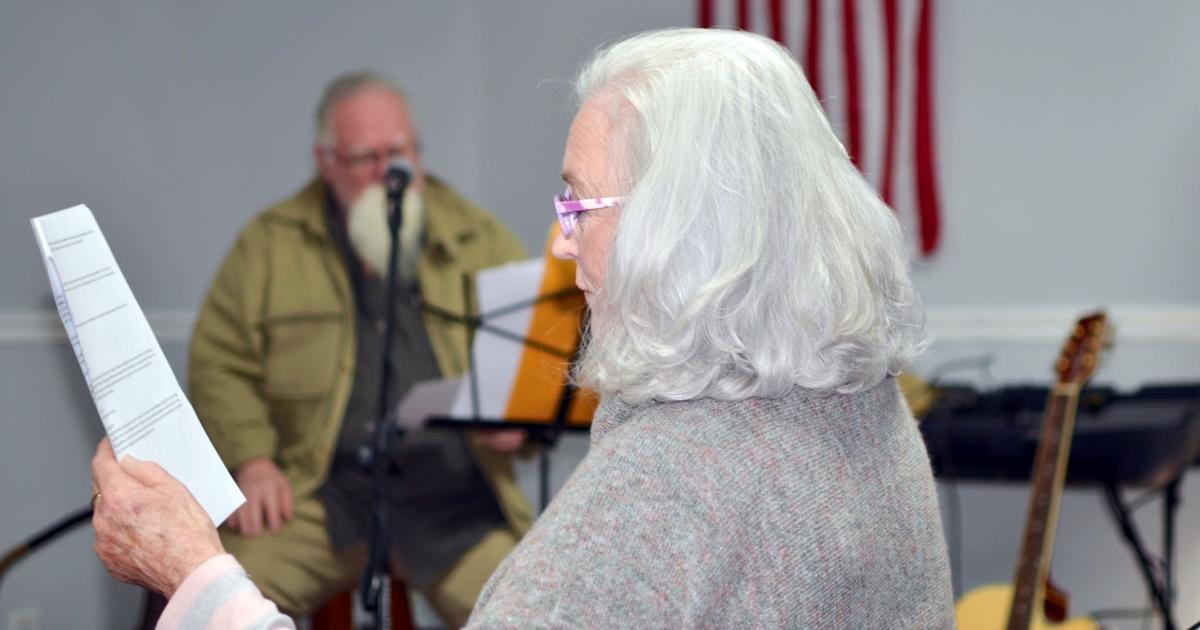 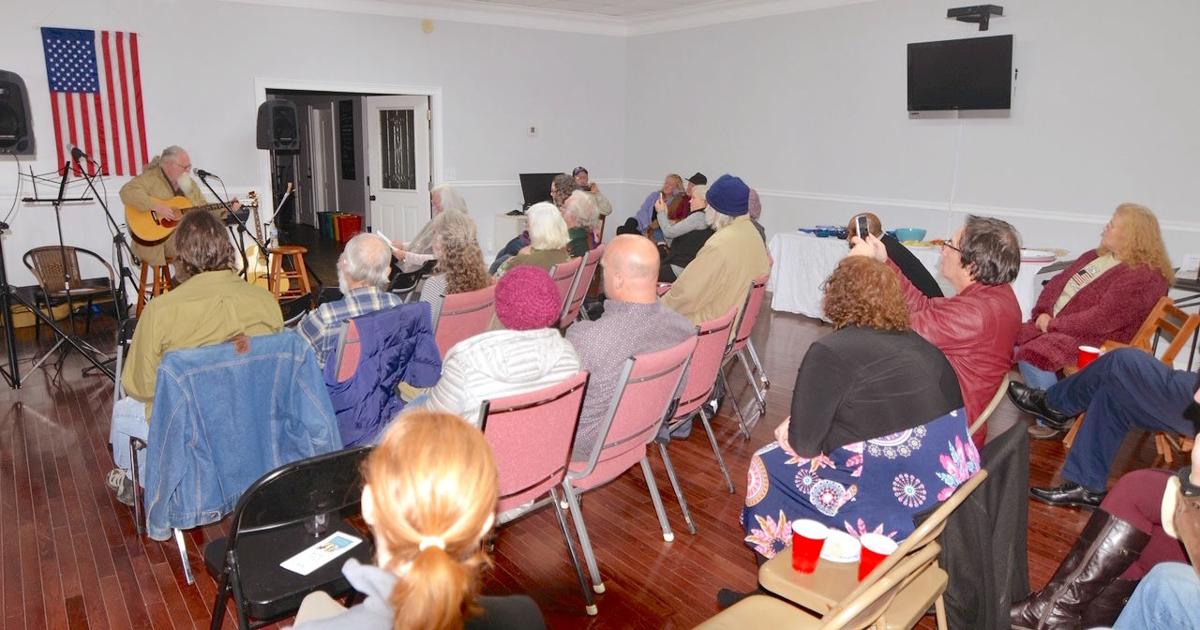 Gulley performs blues songs for the crowd, telling the story of racial integration in the sound studios of Muscle Shoals when he was with Jackson Highway in the 1970s.

Gulley performs blues songs for the crowd, telling the story of racial integration in the sound studios of Muscle Shoals when he was with Jackson Highway in the 1970s.

The words of Martin Luther King Jr. offered inspiration for a better tomorrow as performers Russell Gulley and Sandra Lafferty participated in a celebration of the life of the civil rights activist Monday evening. For a quarter of a century, King’s birthday has served as an annual call to service.

In addition to Gulley, who spoke and sang about the contributions of African Americans, and Lafferty, who read King quotes aloud, Fort Payne resident Grant Williams addressed an audience of about 30 people gathered at the new headquarters of the DeKalb County Democratic Club.

Some cried as Williams recalled how it felt to explain to his confused daughter why some white children refused to play with her because of the color of her skin. He also spoke of the continuing relevance of King’s message, which was focused more on reducing poverty beyond racial lines and ending the Vietnam War in the years leading up to his assassination.

“A lot of people are afraid to speak up these days,” Williams said, “But if [MLK] hadn’t spoken up, I might still be at the back of that bus. A coworker asked me why I was working on Martin Luther King Jr. Day, and I explained that he didn’t struggle and die so that I could have a day off – he died so that I could have that job to begin with. The fight now is for social and economic justice for people of all races.”

Gulley spoke of how the sound studios of Muscle Shoals during the 1970s were integrated and blues musicians came together to produce the sounds of their generation.

Lafferty performed a reading of King’s famous “Letter from a Birmingham City Jail” in which he defended the strategy of nonviolent resistance to institutionalised racism across the Deep South, stating, “Injustice anywhere is a threat to justice everywhere.”

Areas of patchy fog early. A mix of clouds and sun during the morning will give way to cloudy skies this afternoon. High near 60F. Winds SE at 5 to 10 mph.

Cloudy skies with periods of rain late. Low 52F. Winds SE at 5 to 10 mph. Chance of rain 80%. Rainfall around a quarter of an inch.

Thunderstorms in the morning, overcast during the afternoon with occasional rain. High 63F. Winds SW at 5 to 10 mph. Chance of rain 80%.

Cloudy skies with periods of rain late. Low 52F. Winds SE at 5 to 10 mph. Chance of rain 80%. Rainfall around a quarter of an inch.

Rain early...then remaining cloudy with showers late. Low 44F. Winds N at 5 to 10 mph. Chance of rain 70%. Rainfall around a quarter of an inch.

Cloudy in the evening, then off and on rain showers after midnight. Low 37F. Winds light and variable. Chance of rain 40%.