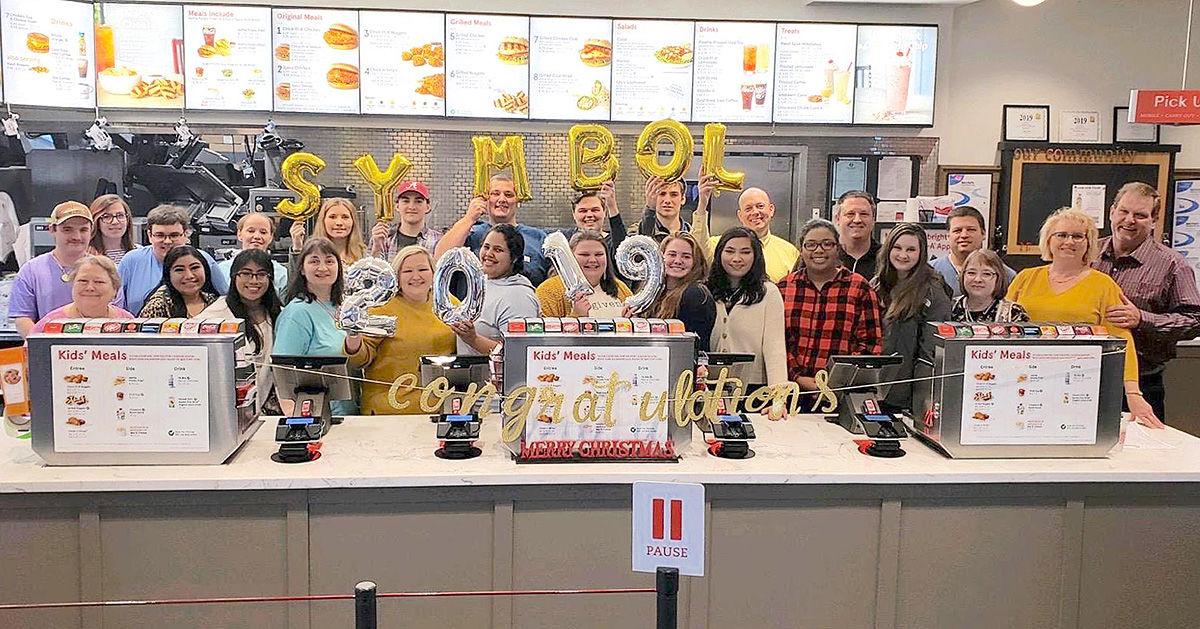 Pictured are members of the Fort Payne Chick-fil-A team celebrating receiving the Symbol of Success Award for 2019. 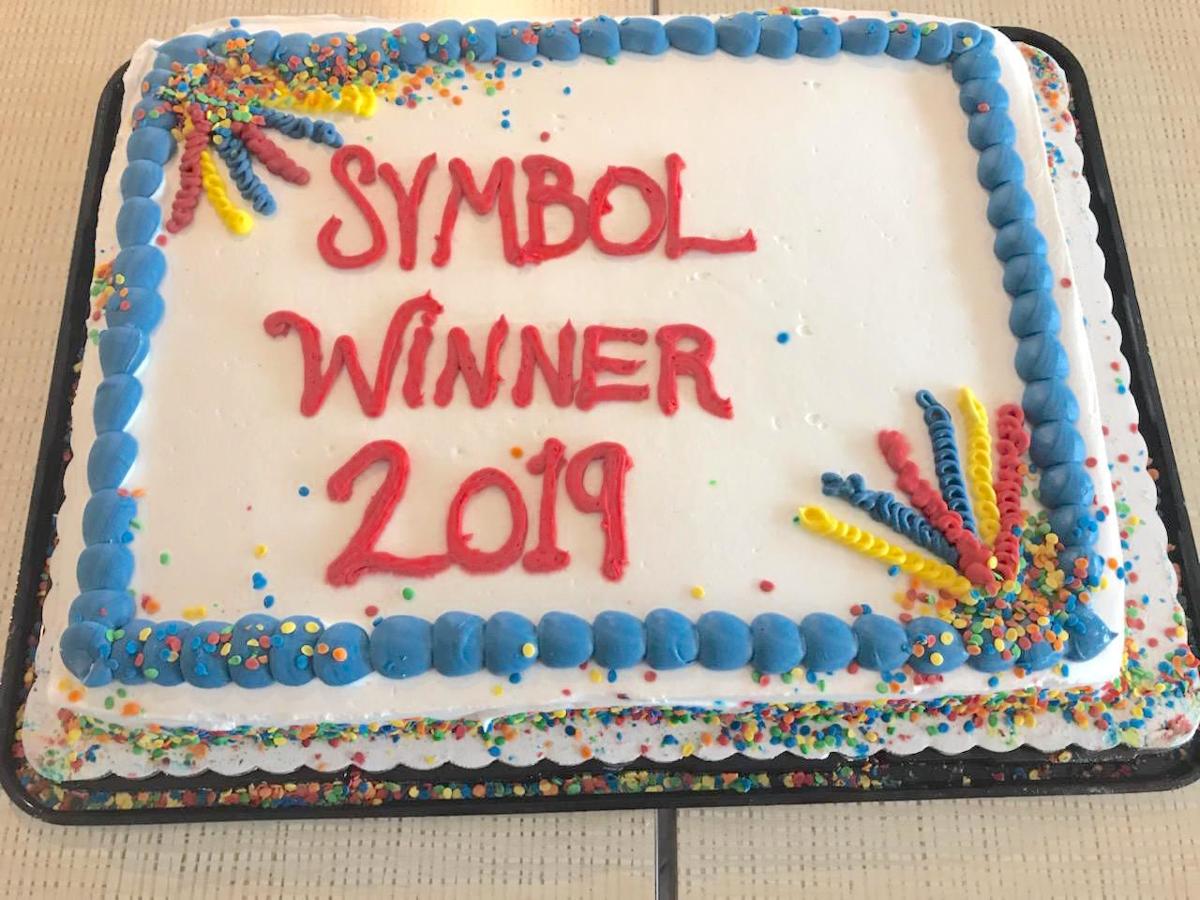 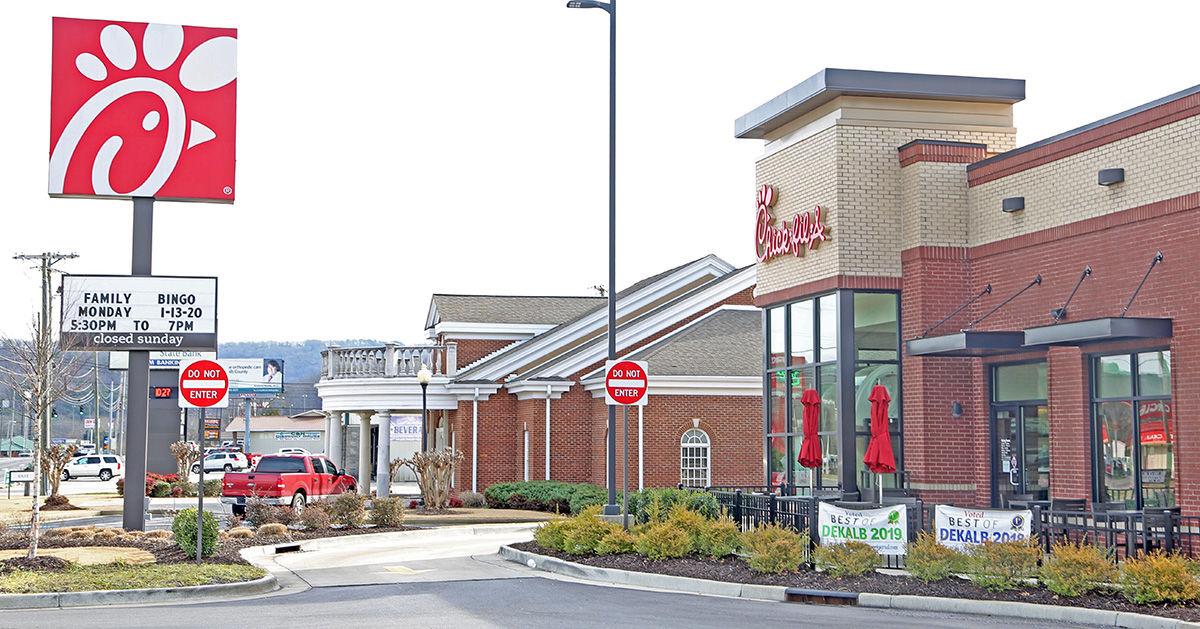 Pictured are members of the Fort Payne Chick-fil-A team celebrating receiving the Symbol of Success Award for 2019.

The award recognizes those who successfully achieve significant sales goals over the previous year.

Chick-fil-A Operator Kim Hall said they and their whole team are very excited.

The Halls expressed their thanks to their customers, the communities from all the surrounded areas -- not just in Fort Payne -- and their hard-working team in achieving top recognition.

“We are just really blessed to be a part of Chick-fil-A, it’s a great company, and we are pretty excited for that symbol [of success award] win,” said Kim Hall.

She said this is her first Symbol win since becoming an operator in 2006.

According to the Halls, they received the news of the award at the end of 2019.

“This actually was the first year here in Fort Payne that we were eligible for the award,” said Kim Hall.

She said since the Fort Payne location opened in the middle of 2017, they were not eligible for the award in 2018 because it requires each site to go against a full year of business.

According to the Chick-fil-A website, the Symbol of Success program began in 1975 and remains the highest-rated award and recognition program at Chick-fil-A.

The Halls and their team held a celebration complete with balloons and a cake to announce their achievement in late December.

“Nothing like that can be achieved without our hardworking team or leadership team," said Kim Hall.

She said at the start of 2019, they meet with their leadership team and set a goal for the year and held meetings throughout the year to see where they were at in achieving their goal.

“Everybody worked really hard towards it,” Jeff Hall said.

For accomplishing their goal, the Halls presented their top leaders with a choice of a cruise or a resort stay for them and their spouse.

“The next level leaders received a $100 gift card, and we gave those out at the party we had,” said Kim Hall.

Jeff Hall said their team earned it, “they knew we had a goal to meet, and they worked hard.”

Kim Hall said the official presentation would take place at Chick-fil-A’s yearly seminar that will take place in February of this year.

As part of their award, the Halls’ will attend the Super Bowl LIV at the Hard Rock Stadium in Miami Gardens, Florida.

Kim Hall said they were also awarded a vehicle as part of their achievement.

The Fort Payne Chick-fil-A participates in various fundraisers for the area schools, organizations, and community events throughout the year.