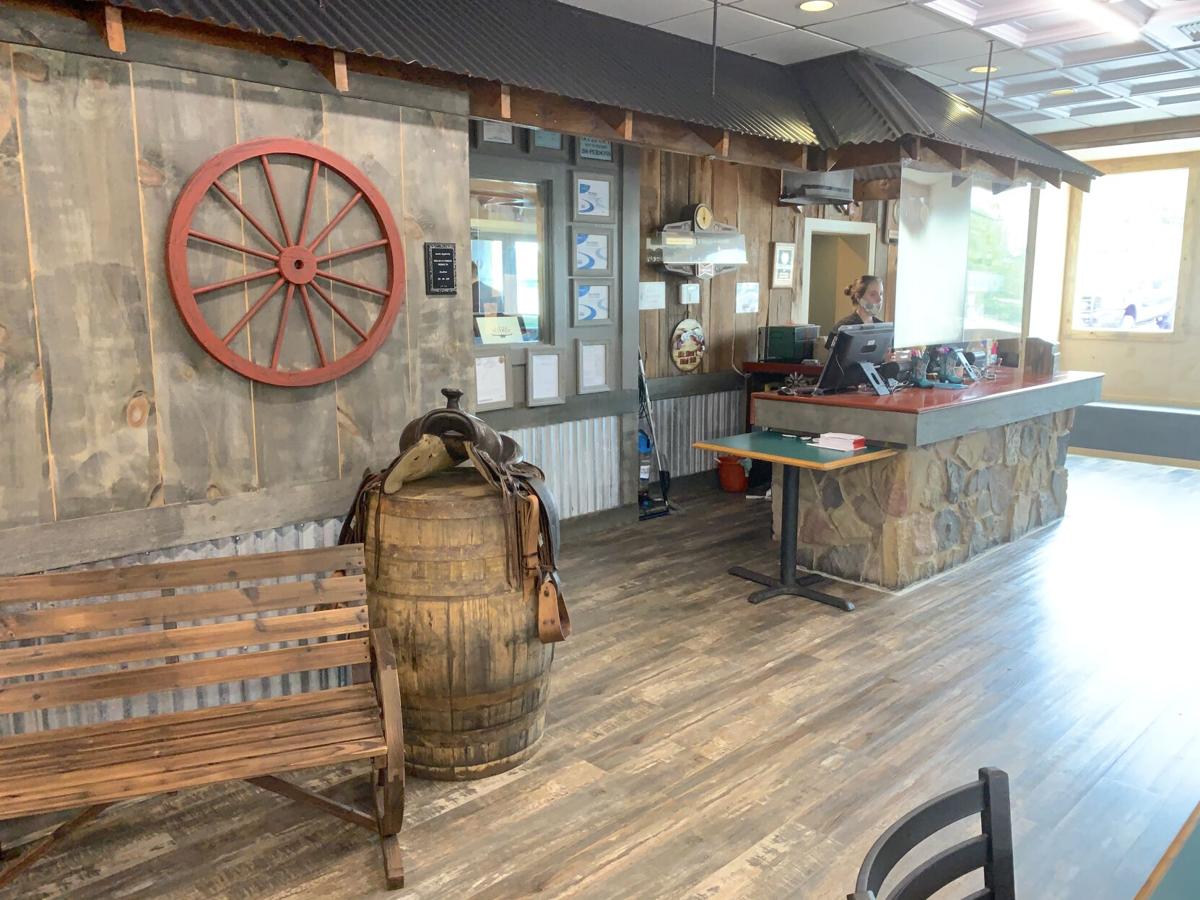 Cattle Stampede has opened in the old Western Sizzlin building, also owned by Miles Smith. He started in the business as a teenager and worked his way to the top. Shown are the new decor, a tasty sirloin, the blooming onion and their mechanical bull. 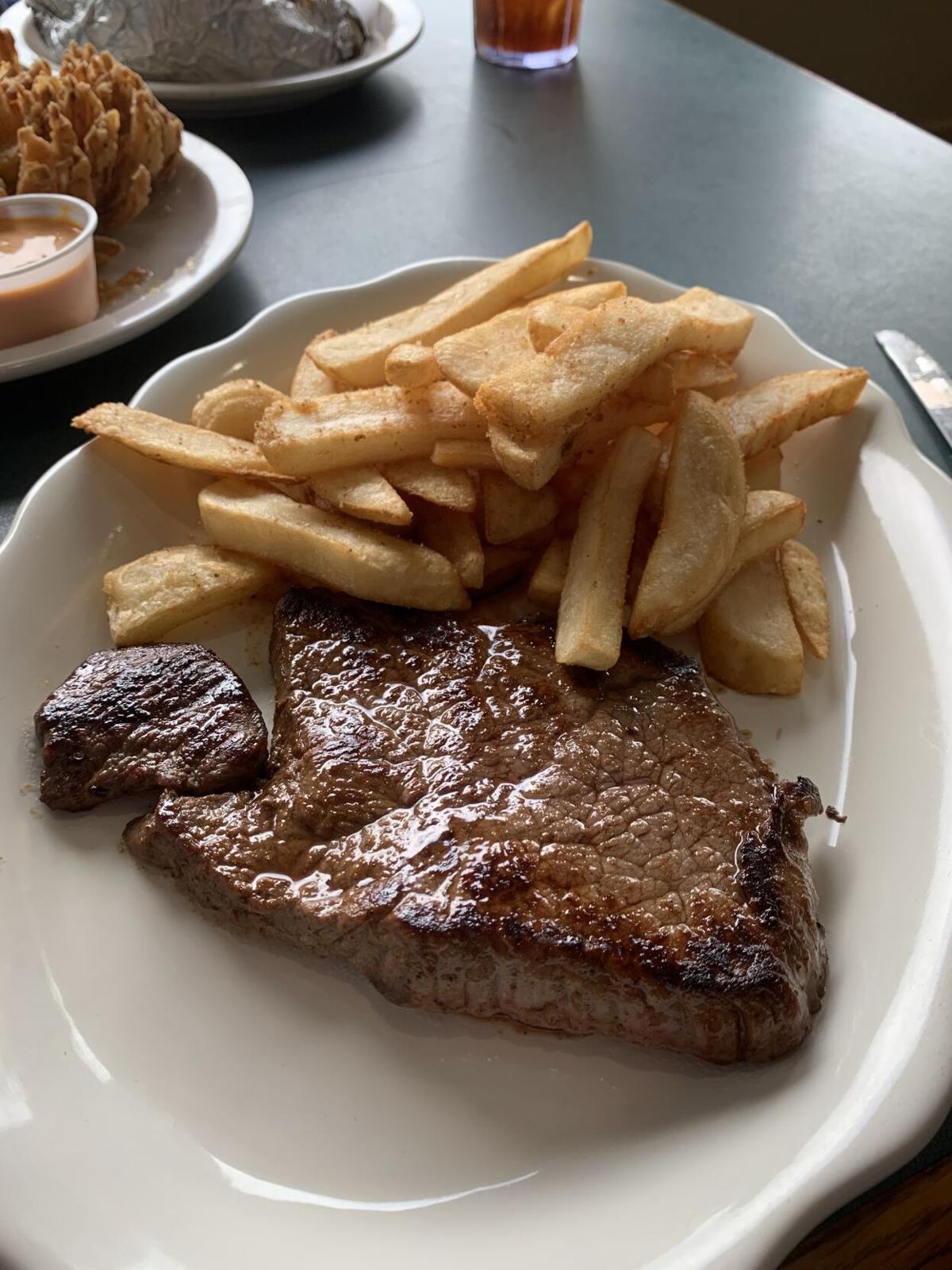 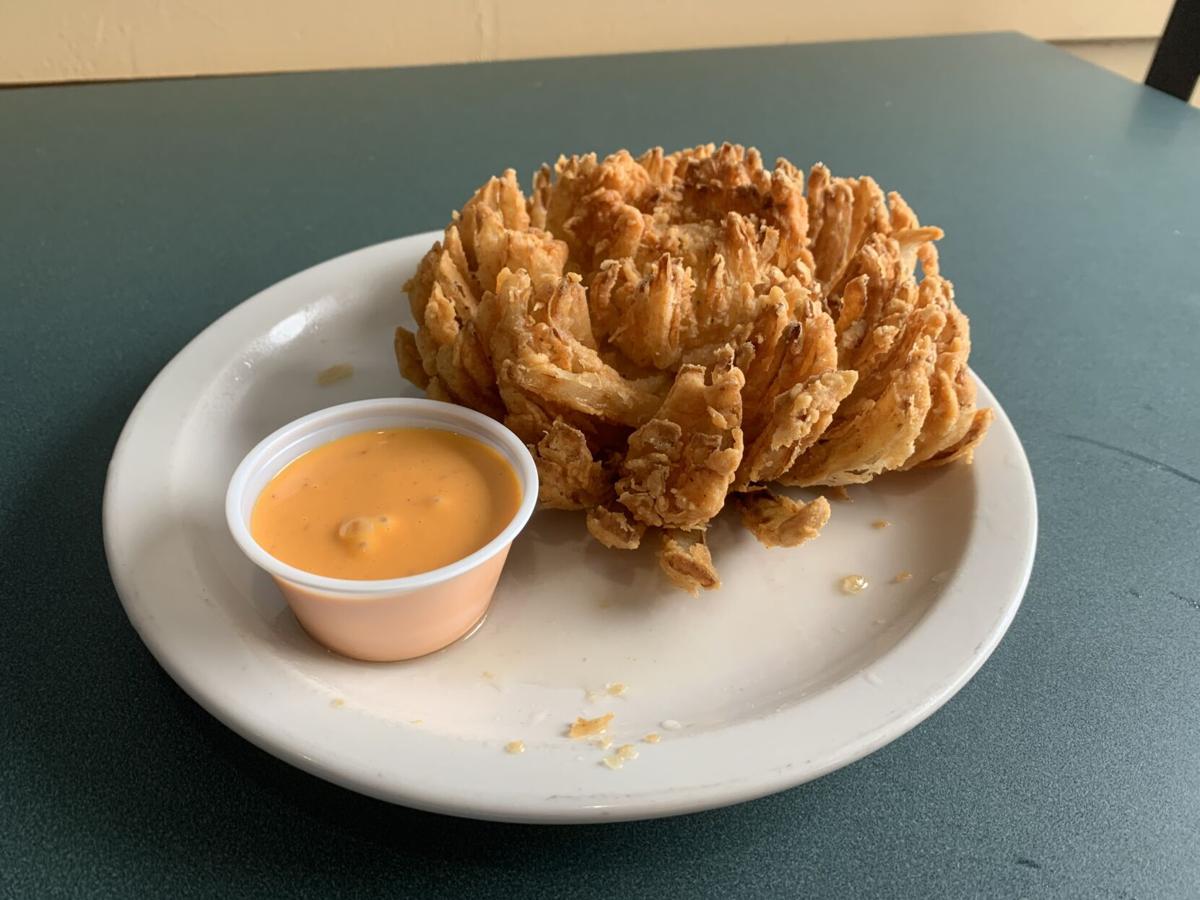 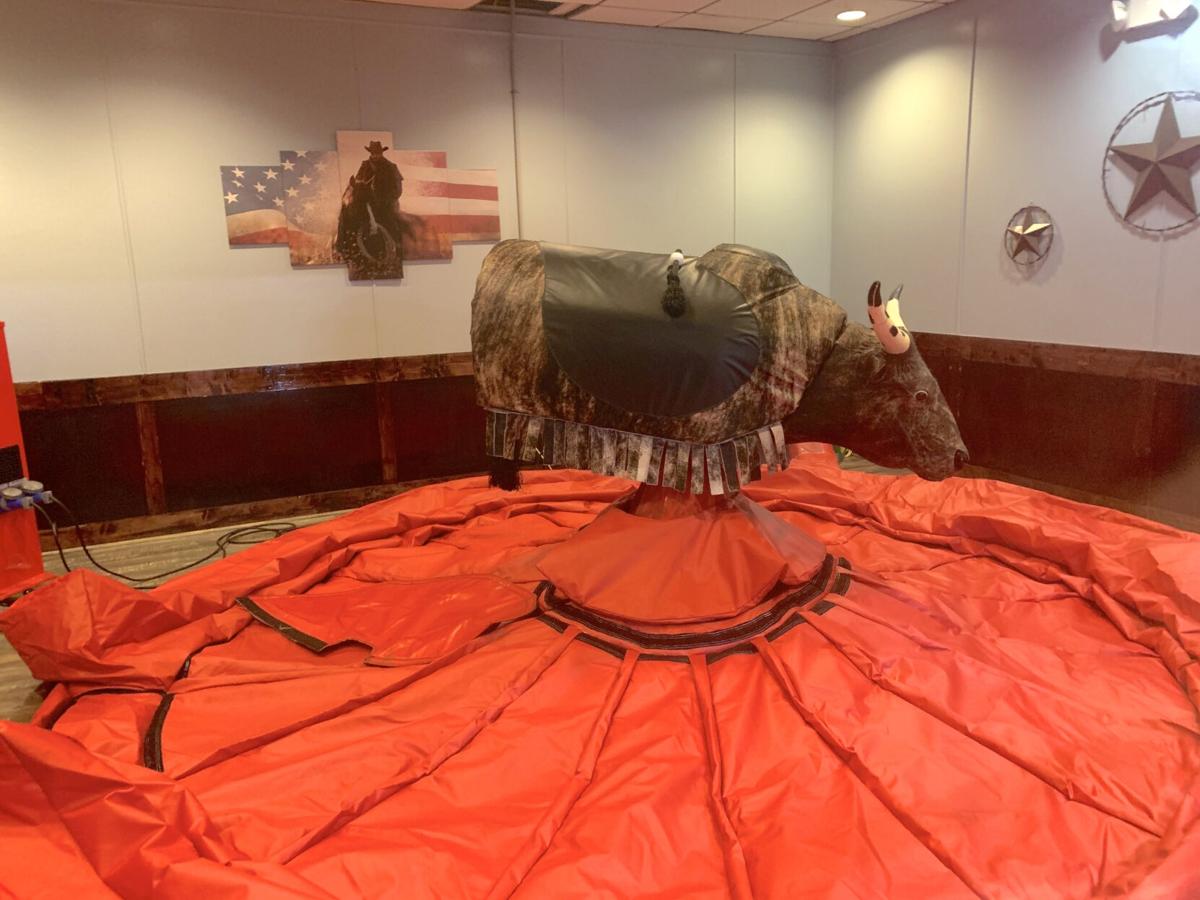 Cattle Stampede has opened in the old Western Sizzlin building, also owned by Miles Smith. He started in the business as a teenager and worked his way to the top. Shown are the new decor, a tasty sirloin, the blooming onion and their mechanical bull.

For more than three decades, the Western Sizzlin steakhouse delivered delicious meals to Fort Payne restaurants. Fans of that restaurant will likely enjoy the new Cattle Stampede that has opened in its former location. That’s because the new eatery has a strong connection to the former.

Miles Smith worked for him as a dishwasher at the age of 15. Smith gradually moved up the ladder to cook and then assistant manager and general manager before acquiring his own Western Sizzlin franchise in Scottsboro. When he learned that Vezertzis was retiring, he decided to bring the popular brand back to Fort Payne after two years of being closed.

Smith, now the owner of Cattle Stampede, completely renovated the Shoney’s/Golden Rule building in 2012 to add 220 additional seats to the 80 seats in the existing building. This enlarged community meeting space for about 35 community groups who would come to use it regularly, including the local Optimist Club, Rotary Club, Lions Club, Kiwanis, Shriners and both Democratic and Republican political groups, which made it a frequent destination for politicians to visit with constituents and speak.

Now, reacting to the disruptive changes brought about in 2020, Cattle Stampede is the latest evolution of the popular steakhouse.

Buffets and salad bars were given the all-clear to operate in Alabama at the start of September under the Safer at Home Order amended on August 27. Nevertheless, the fill-your-own-plate style of dining has lost some of its appeal among diners who may remain nervous about returning to dine-in restaurants during a pandemic. For those who crave the same great food but aren’t quite ready for the full social experience of eating out, Cattle Stampede offers carry-out and curb-side service.

Cattle Stampede is a sit-down restaurant where guests order a specific entrée from a server who brings their plates from the kitchen. Sit-down tables and additional booths now occupy the space where the buffet cases sat before. To meet social distancing guidelines, several feet of additional space separates the tables.

The appearance of the restaurant will be the most striking change people notice the first time they come to eat at Cattle Stampede. The décor evokes the old west and rural living. As a fun treat you won’t find anywhere else in Fort Payne, there’s even a mechanical bull for those daring enough to test their endurance.

One other major change is that Cattle Stampede offers alcoholic beverages to guests 21 and over who enjoy drinking a cold beer with dinner and pairing their sirloin with a glass of wine. The restaurant received approval in August from the Fort Payne Alcohol Committee and unanimous approval from the city council, giving them another feature that will add appeal to tourists and travelers taking the exit off Interstate 59.

From Monday through Friday, 10:30 a.m. to 3 p.m., the restaurant will offer a blue plate special with a “meat and two” including cornbread or a roll for $7, including tax. Seniors age 60 and up enjoy a dollar discount on Mondays.

Patrons will be able to get an entrée, salad and one side item. They offer steak, seafood and chicken. Each kitchen entrée includes honey molasses breadloaf and a blooming Stampede Onion as part of the meal, even with takeout orders.

The restaurants also continue to offer full-service catering for parties and special events, including setup and cleanup, offering a needed service in the community and providing more Fort Payne hospitality jobs.