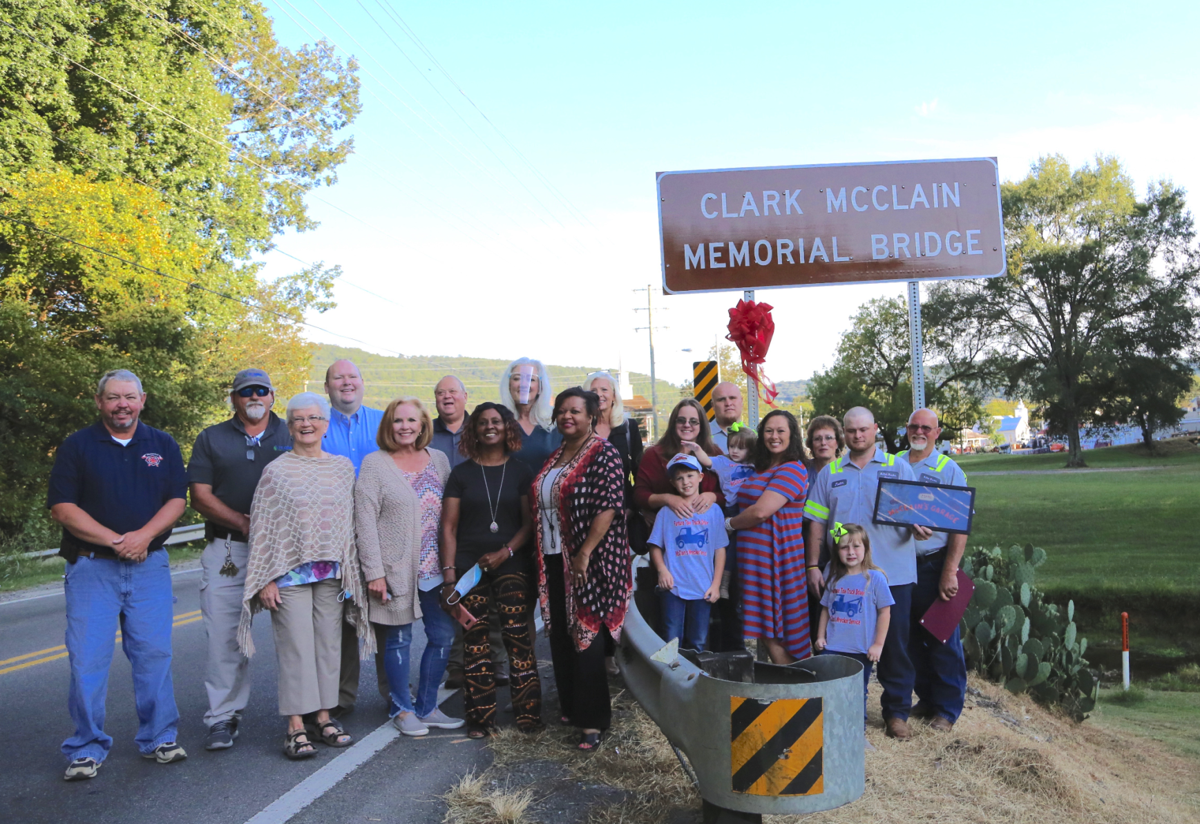 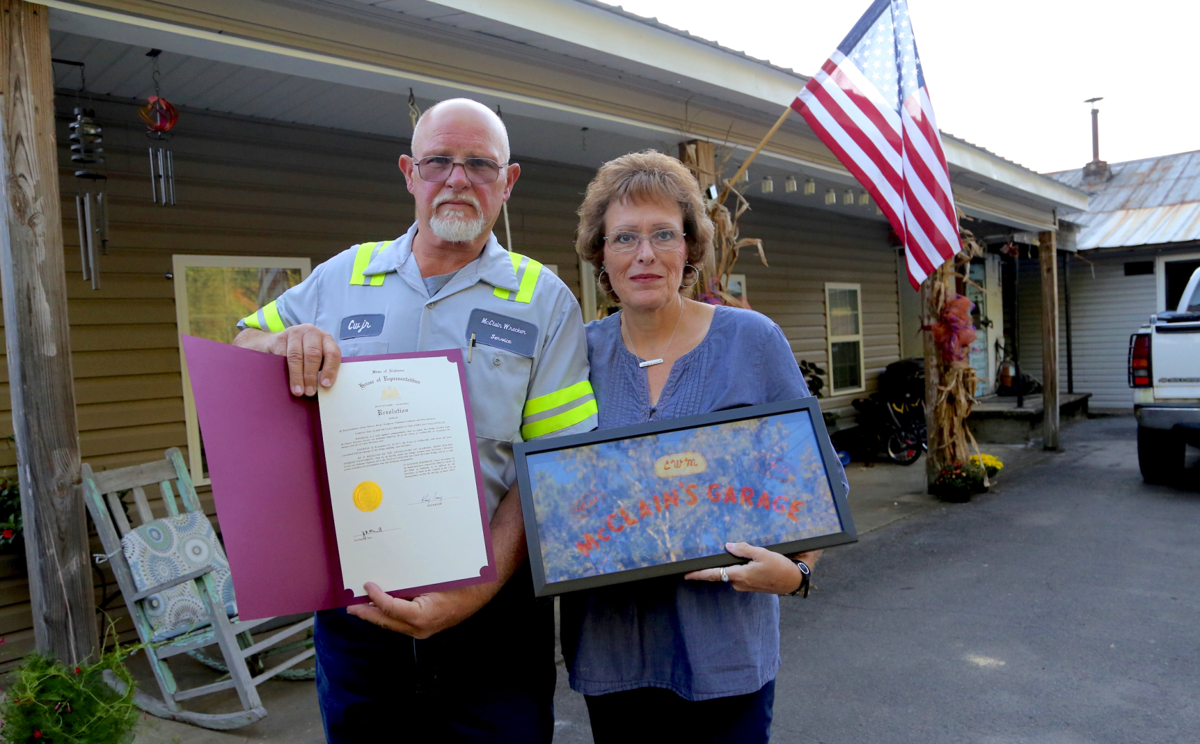 Pictured is C.W. McClain Jr. with his wife Teresa McClain holding the resolution naming the state bridge after his father. 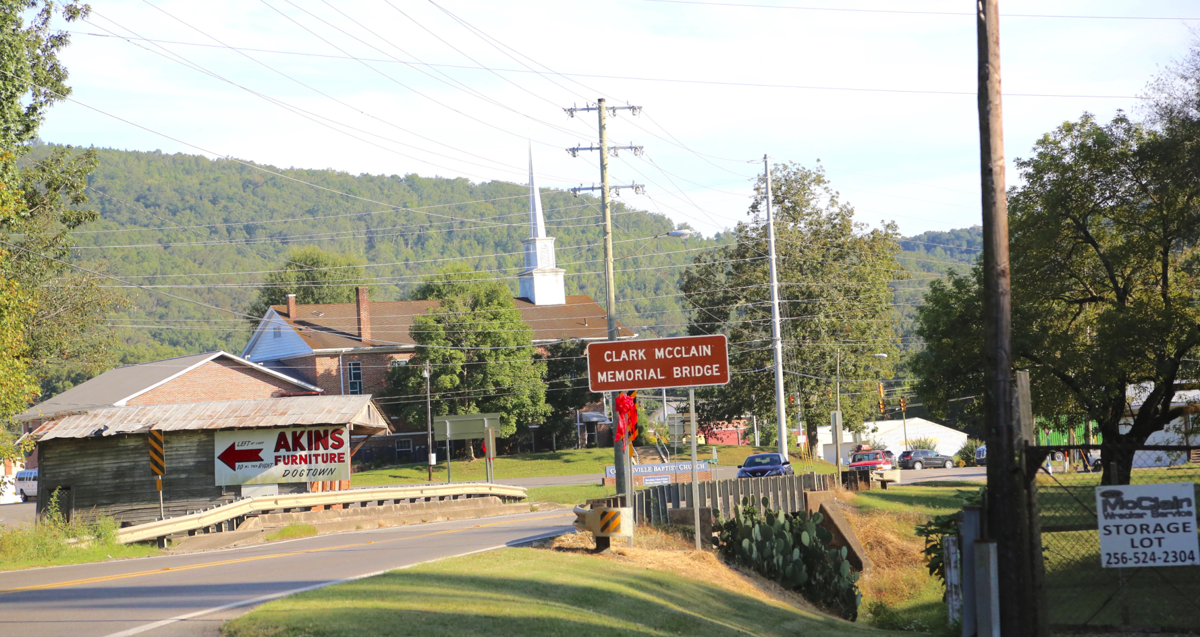 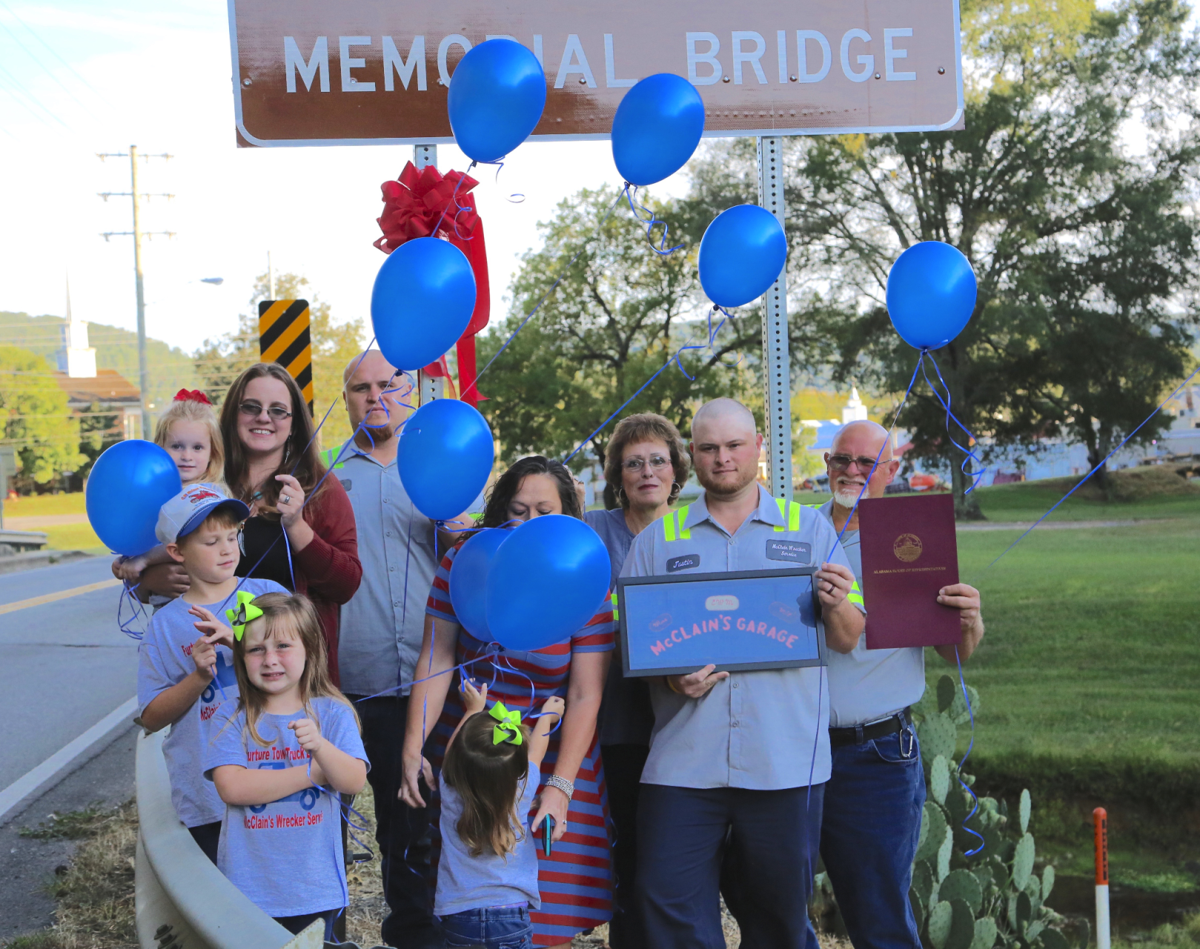 The McClain family gets ready to release balloons in honor of the late Clark W. McClain, who passed away in August of 2008.

Pictured is C.W. McClain Jr. with his wife Teresa McClain holding the resolution naming the state bridge after his father.

The McClain family gets ready to release balloons in honor of the late Clark W. McClain, who passed away in August of 2008.

The Town of Collinsville honored the late Clark W. McClain, of Collinsville, Monday evening with the dedication of the Clark McClain Memorial Bridge along Alabama Highway 68.

“To Mr. Clark and all the family, we think he is very worthy of this bridge being named in his owner,” said Collinsville Mayor Johnny Traffanstedt.

C.W. McClain Jr., son of the late McClain, said the business has always been in the immediate family and was run by his aunt while his father served in World War II.

“After he and mother retired, it went to me. It’s still in my name now, but my sons [Justin and Corey McClain] are running it,” he said.

McClain passed away in August of 2008 following his wife, Mildred McClain, known to most as Mitt, the same year.

Traffanstedt shared a memory of one of the many encounters with McClain with the crowd saying, “there was always something going on out here at McClain station.”

“I don’t know how the man did it all these years that he worked, at least 60 or more right here. He worked seven days a week and a lot of times 24 hours a day. They don’t make them like that anymore,” he said.

Traffanstedt said aside from being a World War II veteran and running the service station, McClain was also a part of the Collinsville Fire Department.

“He was a very active person who meant a lot to this community. This community owes a lot to him and he is very worthy of being recognized,” he said.

Shaver said the request by the town to name the bridge after McClain saw no hesitation.

“As the mayor has very well stated Mr. McClain's standing in the community, he was a very fine man and there was no question in having the bridge named after him,” she said.

Naming the Clark McClain Bridge in the town of Collinsville

Whereas, it is with highest commendation that we name the bridge located near McClain’s Wrecker Service on Alabama Highway 68 in the Town of Collinsville, to recognize the memory and life of Clark McClain; and

Whereas, by Resolution No. 02-2017, the Town of Collinsville, will incur all costs associated with the signage of this bridge naming; now therefore

Be it resolved by the legislature of Alabama both houses thereof concurring, that we do hereby name the bridge located near McClain’s Wrecker Service on Alabama 68 in the Town of Collinsville the Clark McClain Bridge and by a copy of this resolution for representation note this honorary designation

C.W. McClain Jr. thanked all who attended, including Jean Box, who initially presented the idea to the council.