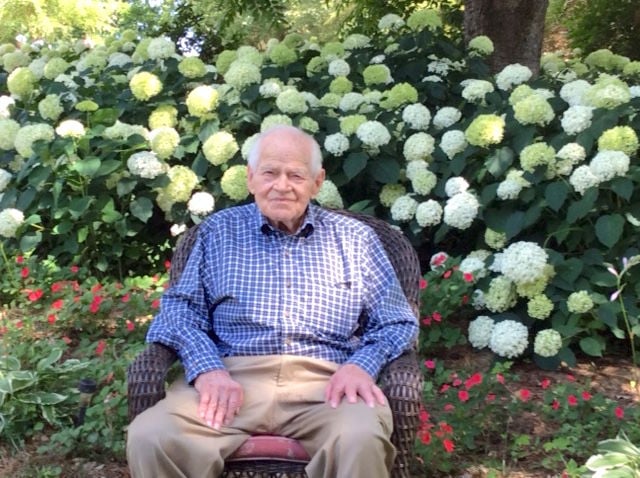 Richard M. Ferguson Jr. was a local chiropractor for 70 years. 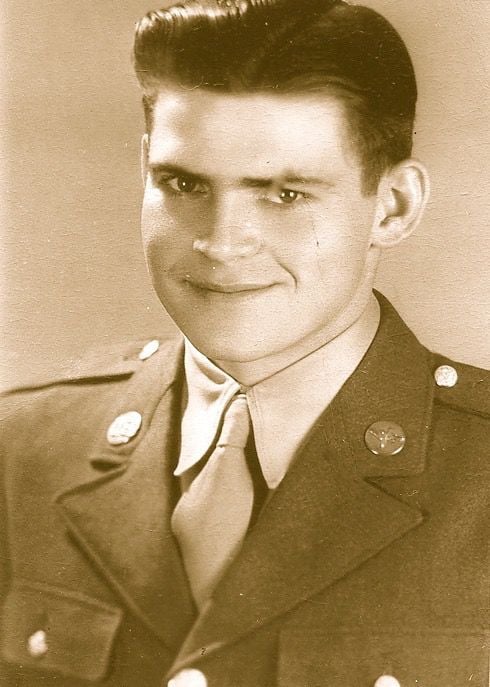 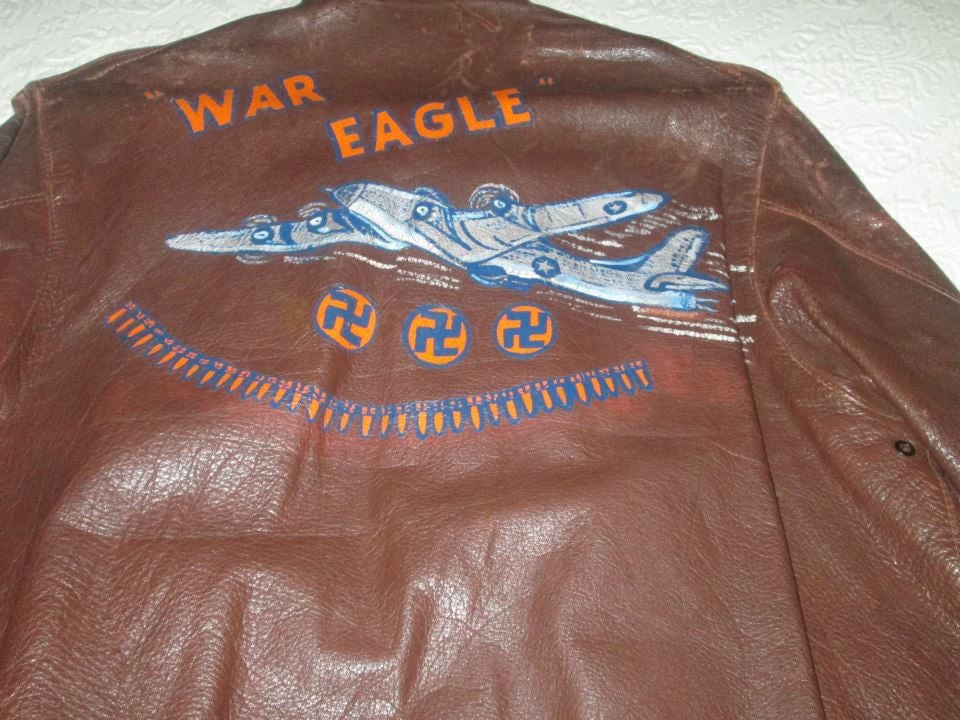 His combat jacket refers to the B-17 bomber's name, which is linked to Auburn University, where he had a scholarship to play football but instead chose to study to be a chiropractor. 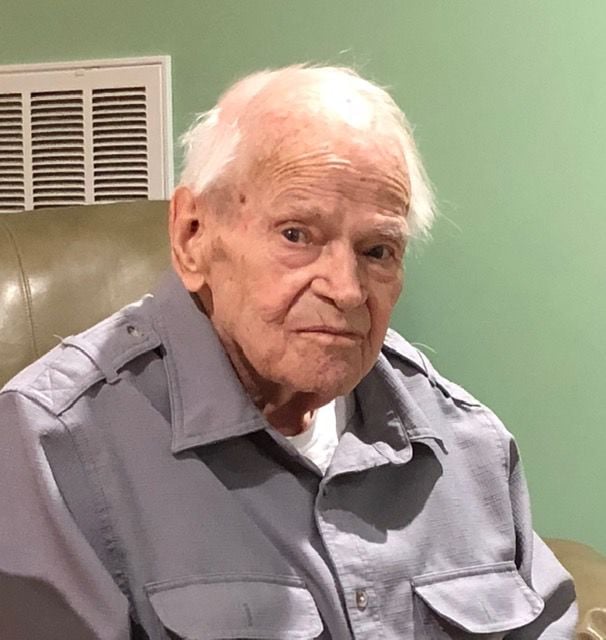 Richard M. Ferguson Jr. was a local chiropractor for 70 years.

His combat jacket refers to the B-17 bomber's name, which is linked to Auburn University, where he had a scholarship to play football but instead chose to study to be a chiropractor.

Longtime local chiropractor Richard M. Ferguson Jr. passed away last week at the age of 94. He enjoyed a rich life of service to his country, his family and his community.

“He loved people and had the heart of a servant, serving his country, his family, his patients, his community and his friends. ‘Doc’ Ferguson will be greatly missed by all who knew and loved him,” read the biography shared at his funeral.

His family noted that he traveled for many years with the Alabama Band, providing them with chiropractic care during their long road trips, along with superstars like Willie Nelson and Charlie Daniels. He also played on the June Jam softball team, and was once selected as tournament MVP.

“He could care for [famous entertainers] and the shift worker at the sock mill the same or the tire plant in Gadsden without being any different,” said his son Butch.

Born in Attalla, Ferguson grew up during the Great Depression and excelled at Etowah High School as an athlete and scholar. He was good enough to get a scholarship to play football at what is now called Auburn University, but he answered his nation’s call.

At 17, he enlisted in the U.S. Army Air Corps to fight the Nazis, becoming a sharpshooter, then firing weapons on board a B-17 bomber called the “War Eagle” out of Thetford, England. His position was in the nose of the plane and in addition to manning a .50-caliber machine gun, he was the bombardier. After 35 missions between December 1944 and April 1945, Staff Sgt. Ferguson was awarded the Air Medal with five Oak Leaf Clusters, the European-African-Middle Eastern Service Medal, and the Good Conduct Medal.

In a six-part 2014 interview with Jimmy Smothers of The Gadsden Times, Ferguson recalled his first mission, which ended with his plane forced to turn back after taking heavy flack over the battle line, the aircraft unescorted, shaking badly with oil and smoke trailing from the damaged engine.

He said British anti-aircraft mistook the crew as the enemy. When they straightened it out and landed, Ferguson and his crewmates found 120 gun holes in their B-17, some as big as a fist.

“We flew at 30,000 feet and could not see the ground,” he said in the interview. “We were escorted by P-51s and P-47s, which battled the German planes that were shooting at us all the time. I was just a 19-year-old kid, but there I was, a bombardier. When we got over the target, the pilot gave me the controls and I flew the plane from my position until the bombs were gone. I was in the Eighth Air Force, which suffered 47,000 casualties, more than half of all U.S. Air Force casualties in World War II. More than 26,000 men were killed. I was never wounded and was lucky to be among the small percentage who returned home. I had a guardian angel looking over me.”

He was the last surviving member of his B-17 crew when he died Jan. 27 at Riverview Medical Center in Gadsden.

After returning home from the war, Ferguson decided to use his GI Bill to study chiropractic medicine at Palmer Chiropractic College in Davenport, Iowa. He played on the school’s baseball and softball teams, once pitching a no-hitter, according to his son Butch.

After graduation, he returned to Fort Payne, where he actively supported schools and the community through leadership positions in the PTA, Quarterback, Wrestling and Band Booster Clubs, the Boy Scouts of America, the Lions Club, the VFW, the DeKalb County Civil Defense and Rescue Unit, Ducks Unlimited, the Fort Payne Boating and Fishing Club, The 96th Bomb Group Association, and state and local chiropractic associations.

He treated athletes and coaches without charge. Ferguson’s own athleticism extended to playing golf, tennis, and softball and he also enjoyed hunting, fishing, and water skiing at the Boat Club, his son Butch said.

“He was always competitive,” his grandson Curtis said. “Until a few years ago, he would get out in the yard during birthdays or holidays. We’d throw around the football, and he would always show that he could still kick his leg above his head. Football games, basketball, swimming meets, tennis, whatever the activity. He was there to show his support.”

He treated patients every day except Thursdays and cared for his patients until he could no longer work.

“I have always heard stories that my grandfather from people in public and that he is in the last of a generation of doctors and caregivers who would take someone’s garden produce or a pie or a cake in exchange for payment when they could not afford treatment. If they worked at a sock mill or the tire plant in Gadsden or played football for one of the local high schools, and they couldn’t afford to pay, then he was there for them,” said grandson David Ferguson.

Partly cloudy skies during the evening will give way to cloudy skies overnight. Low 31F. Winds light and variable.