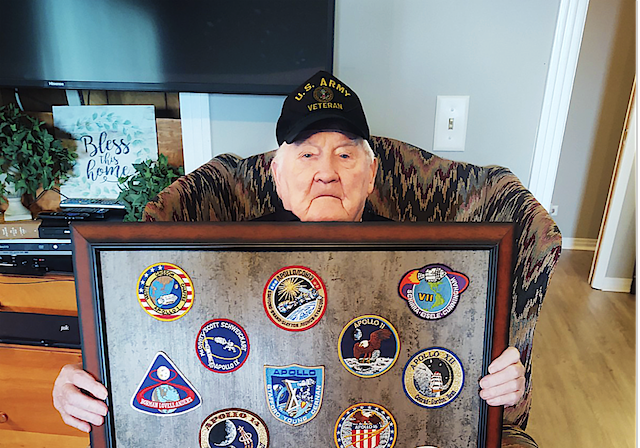 Almous Calhoun, 89, of Crossville, displays the collection of patches he received for his contributions to the space program through his job with IBM in Huntsville. Calhoun and his co-workers received the same patches the astronauts wo 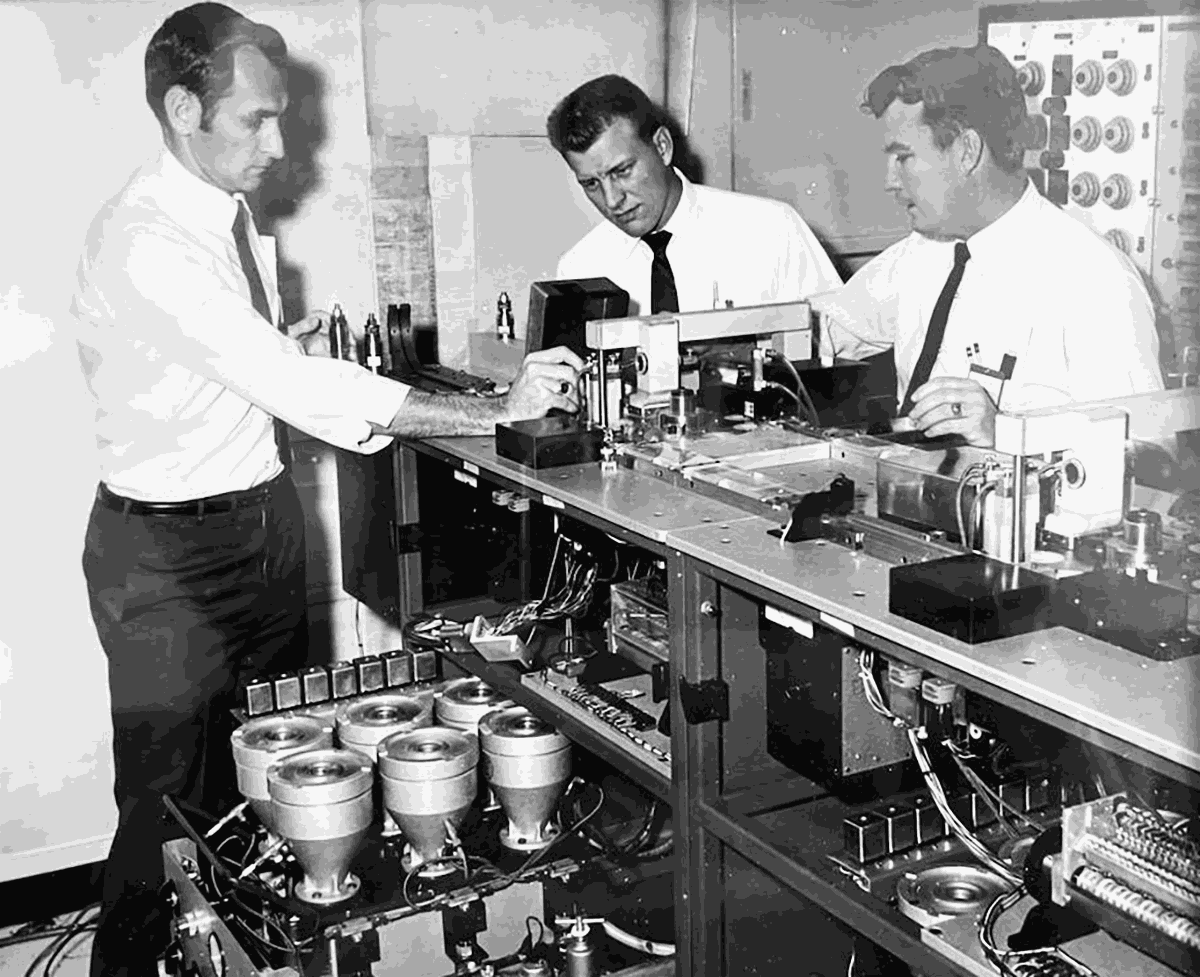 Calhoun, right, served as quality control for the Apollo 11 mission through his job with IBM in Hunstville.

Almous Calhoun, 89, of Crossville, displays the collection of patches he received for his contributions to the space program through his job with IBM in Huntsville. Calhoun and his co-workers received the same patches the astronauts wo

Calhoun, right, served as quality control for the Apollo 11 mission through his job with IBM in Hunstville.

Astronaut Neil Armstrong achieved world history when he became the first man to step foot on the moon on July 20, 1969 as part of NASA’s Apollo 11 mission.

Among the men and women who played a crucial role in helping the United States’ space program achieve the moon landing was Crossville resident Almous Calhoun, who served as quality control for the Apollo 11 mission through his job with IBM in Huntsville. Calhoun worked for IBM in Huntsville for 11 and a half years, commuting from his Sand Mountain home.

Calhoun, who turned 89 on Oct. 22, reflected on his contributions to the space race during a fall interview with The Reporter.

“They [IBM] had a signed contract on the space program,” Calhoun said. “They built 13 of those birds — everything that flies is a bird, you know. Ten of them were manned flight uses. They assigned a quality man to every bird.

“At the time they assigned us those units, they didn’t know what mission they would be flying. The one that put the men on the moon happened to be my unit.”

“I didn’t think about it in that respect back then,” Calhoun said of helping make world history. “I guess as I’ve gotten older, I’ve realized that I was a key to the thing. I think more about it now than I did back then. That’s how come all them gray hairs in my head.

“Quality control had all the responsibility, but they didn’t have no authority. Manufacturing wouldn’t do nothing until they called us. They had work orders and we’d stamp it off and they’d start to work on it, and when they’d get it done, they’d call us back and we’d have to look at it and inspect it and stamp it off again.

“I forget how many quality men we had. Like I said, we had all the responsibility, but we didn’t have no authority. We covered everything. They didn’t do anything without quality told them to.

“I nicknamed myself when I was over there. One day, they called me and told me they were going to do so and so in manufacturing. I said, ‘no, no, no, no — not as long as this daddy rabbit is around here.’ And from then on, they called me ‘Daddy Rabbit.’

“They called me when they were clearing me. I said, ‘how did you know about that,’ and he said we’ve got a way of finding out things.”

“We had a big party at Mom and Dad’s house to watch when the spacecraft landed,” she said. “We were all young. I remember as kids we were excited because Daddy had helped do this.

“And Grandmother Calhoun that whole time just sat in her chair, and she was just rocking and said, ‘That’s not a bit so, that’s not a bit true.’ She never believed that they landed on the moon.”

Whitworth said IBM offered to fly Calhoun and his co-workers to Cape Kennedy (now Cape Canaveral), Florida, to watch the liftoff of the Apollo 11 mission, but her father declined the offer because he didn’t like to travel.