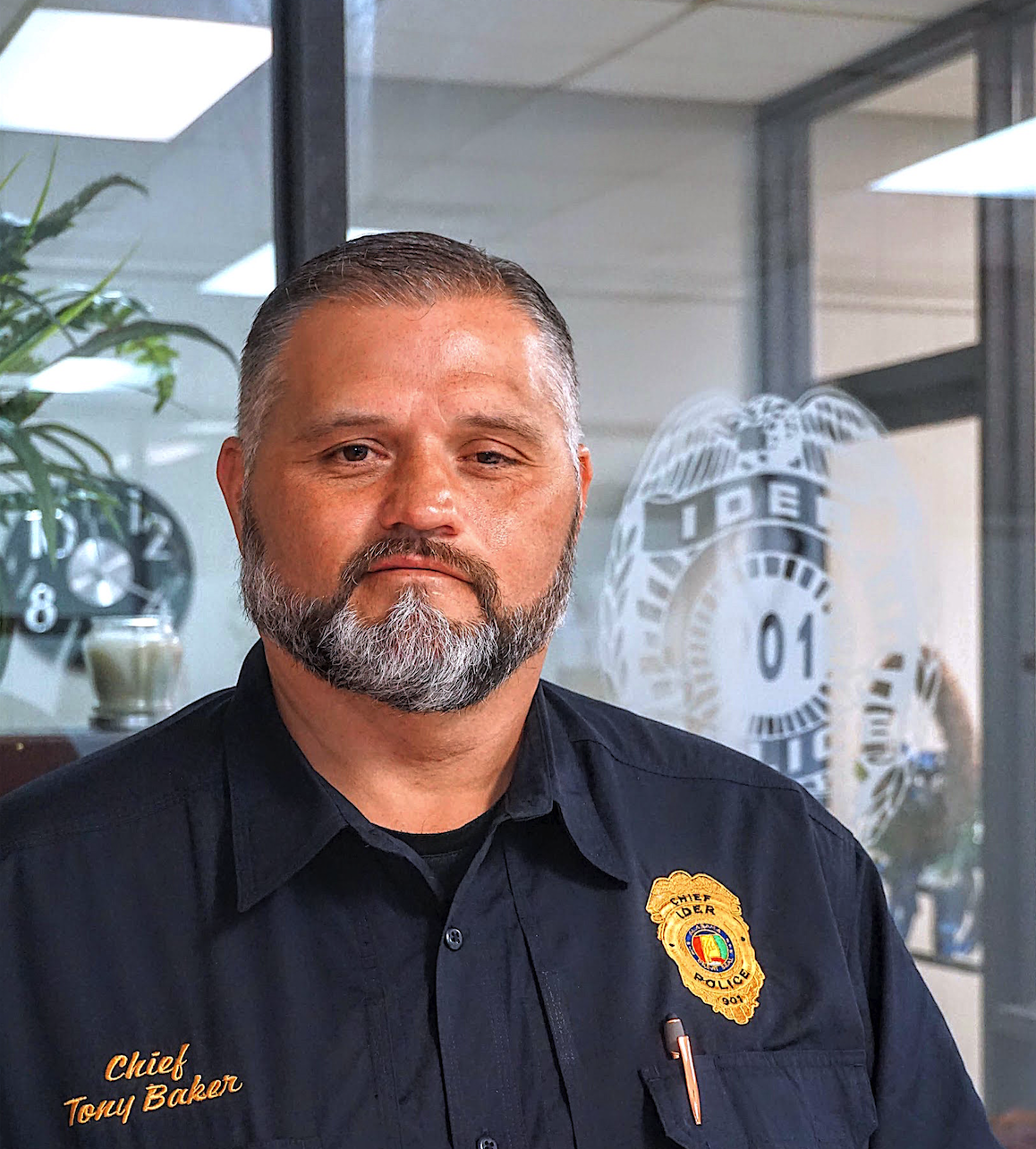 Tony Baker is settling into his new position as Ider's police chief. 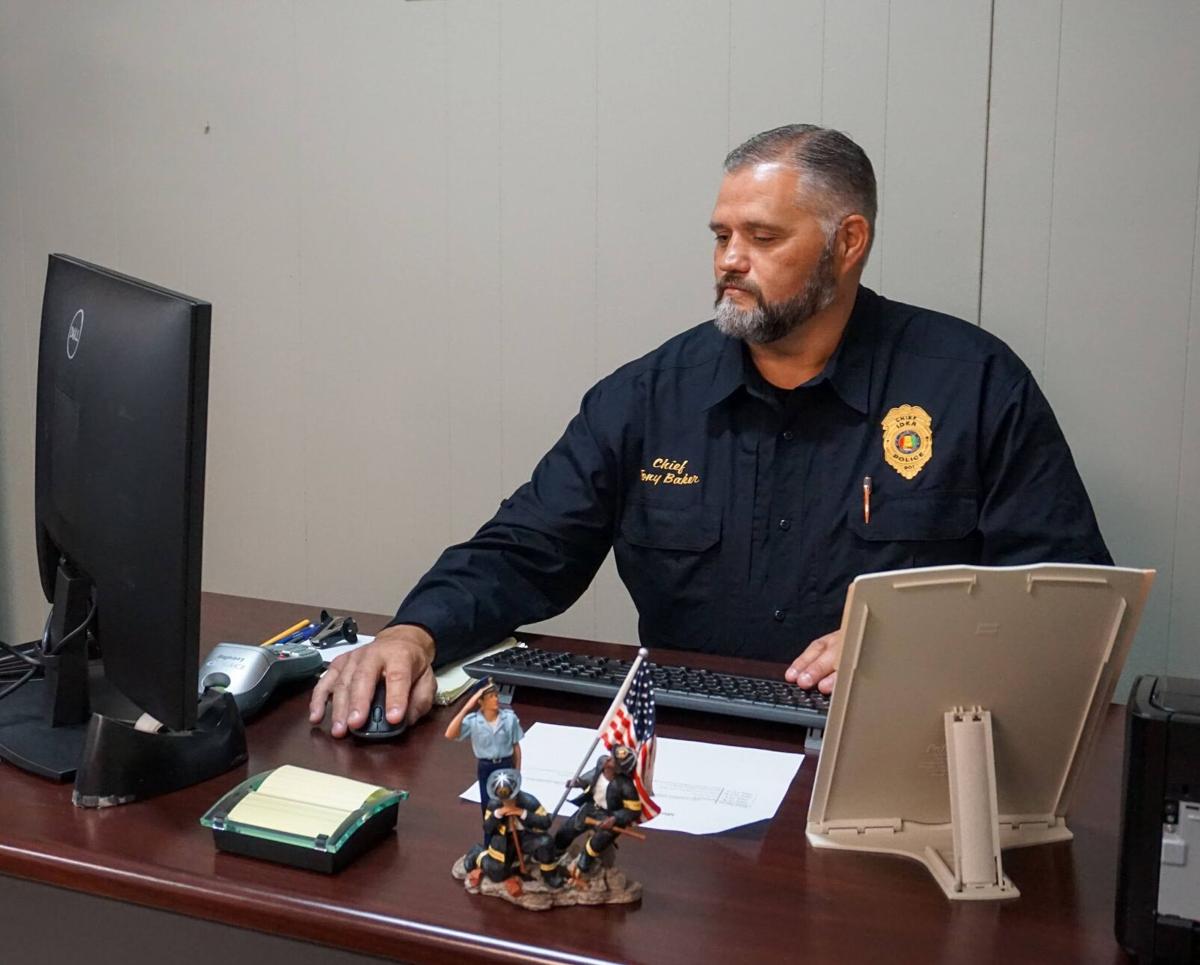 Baker said he hopes to put residents at ease during the transition after the passing of Chief Buddy Crabtree.

Tony Baker is settling into his new position as Ider's police chief.

Baker said he hopes to put residents at ease during the transition after the passing of Chief Buddy Crabtree.

The Town of Ider recently named Tony Baker as its new police chief.

After Ider suffered a tremendous loss with the passing of Police Chief Buddy Crabtree on Oct. 30, Mayor Wendy Lassetter said it is time to now announce who will serve and protect their town.

“Tony’s doing a great job and he’s fitting in well. We are lucky to have him,” Lassetter said. “He knew Buddy, so it’s easy for him to understand the respect we had for him and the love we had for Buddy.”

Lassetter said not a day goes by that someone doesn’t mention Buddy or talk about how much they miss him. She said the town is finding ways to continue honoring him, including at Town Hall.

Baker, of Scottsboro, is retired from the Jackson County Sheriff’s Office, where he started as a corrections officer more than 20 years ago. In 1997, he became a patrol officer and served until 2010 when he moved to investigations before retiring in 2021 as a lieutenant. He has also worked part time for the Town of Woodville since 2000 and currently serves as assistant police chief.

With the start of the new year, Baker said he will leave his post at Woodville and be full time with Ider.

Baker said locals have been vocal that the community held Crabtree dear to their hearts and he has “big shoes to fill.” To this, he said he hopes to put residents at ease with the transition.

“These people are going to grieve, so we listen to what they have to say and let them grieve, and hopefully through time they will accept me. I will do my best to have them accept me,” he said.

As a cop, Baker said there is a balancing act between law enforcement and residents, and Buddy treated everyone with dignity and respect, leaving the town to have only good things to say of him.

“That tells me that he was a good officer and a good people person,” he said. “I would like to know that when I’m gone from here that people felt that way about me, so I hope Buddy is looking down and happy with it.”

After knowing Crabtree for more than 20 years, Baker said he knows why the town feels such a loss from his passing. He wants residents to know that their way of living will not change and he is going to treat them with “every bit of respect” that he can.