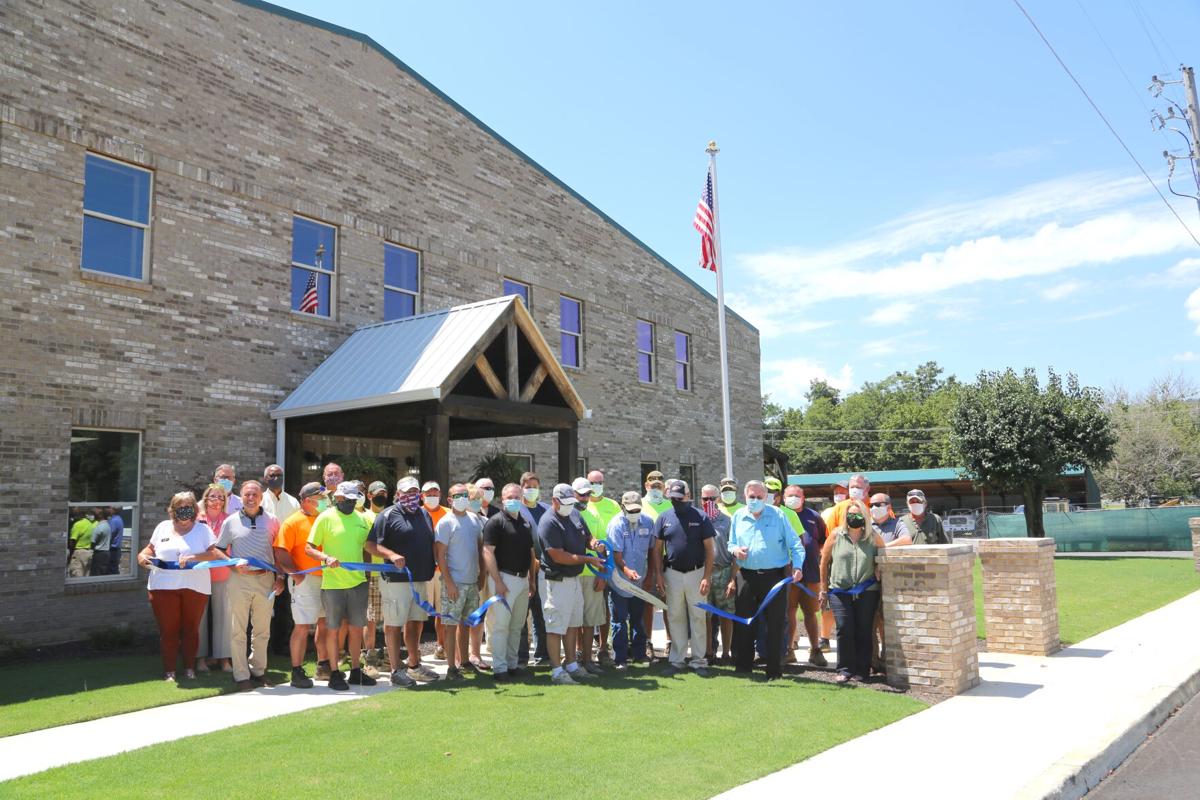 A ribbon cutting ceremony and tour of the new building was held Tuesday to unveil the department's many offices, shop space and break room. City officials, the public works department, Fort Payne Chamber of Commerce and local media attended the event. 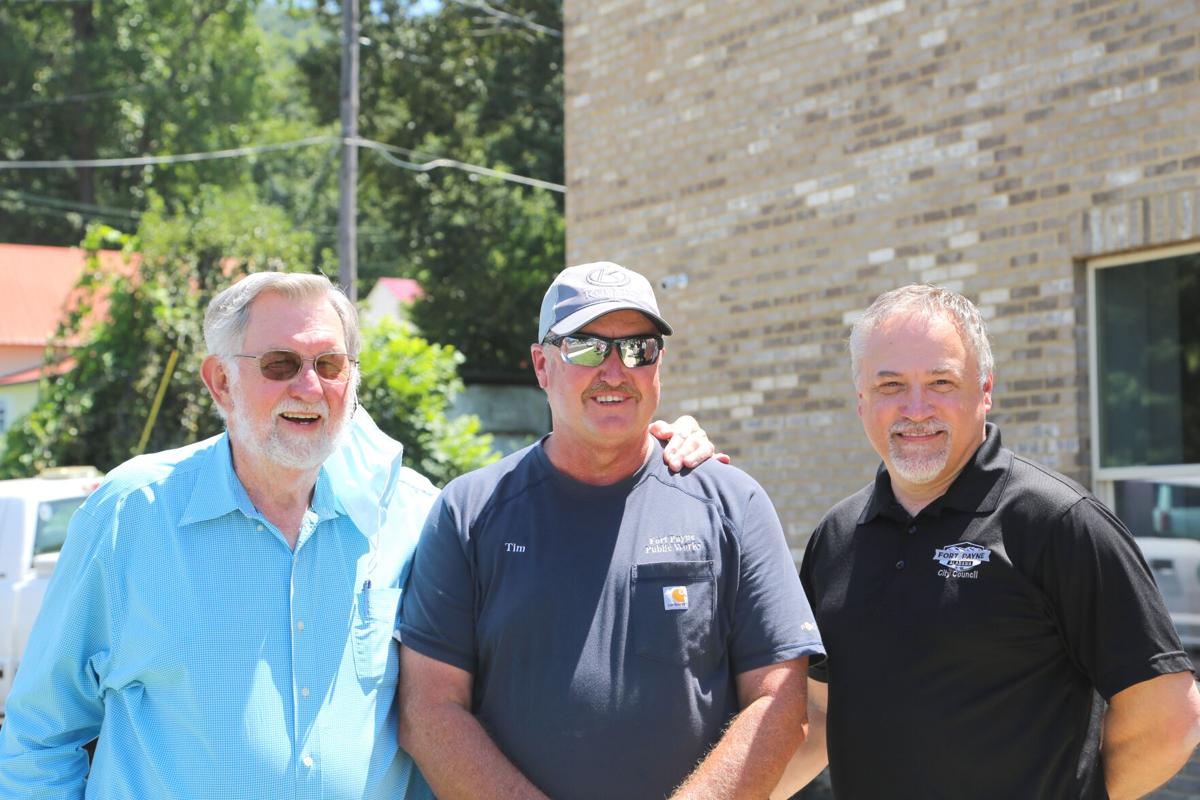 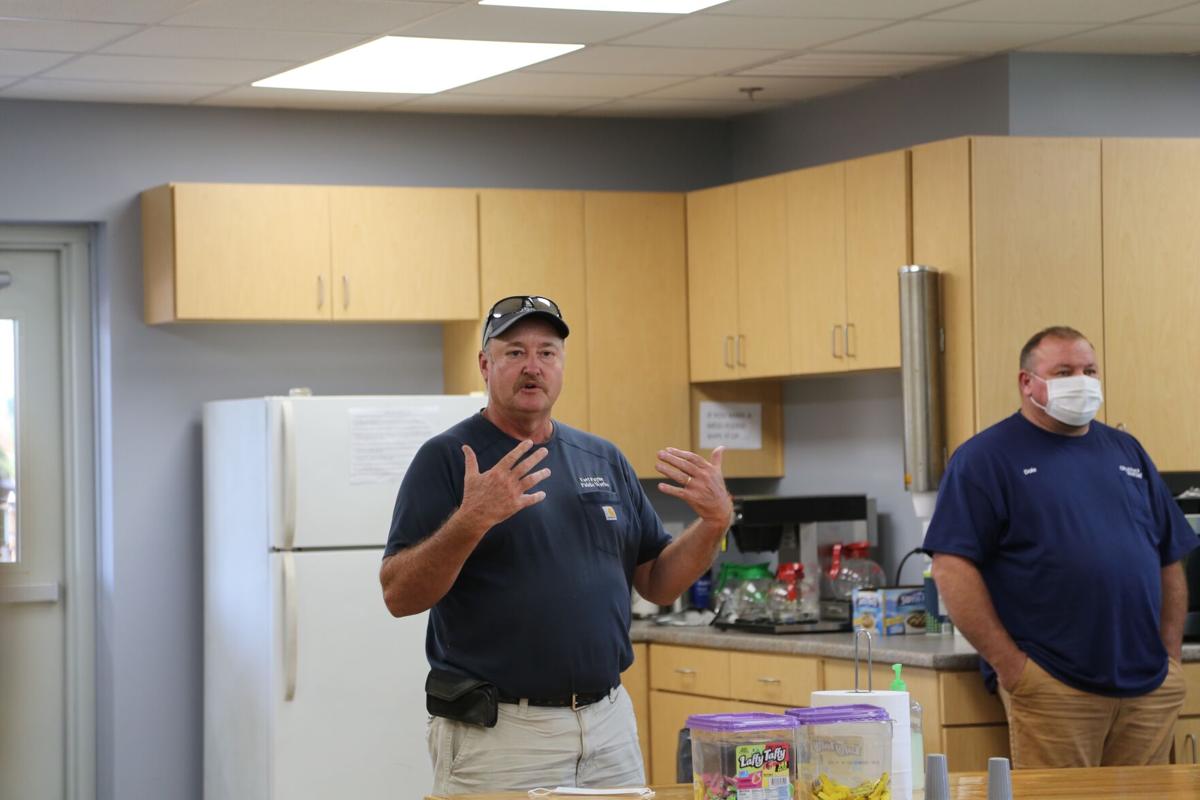 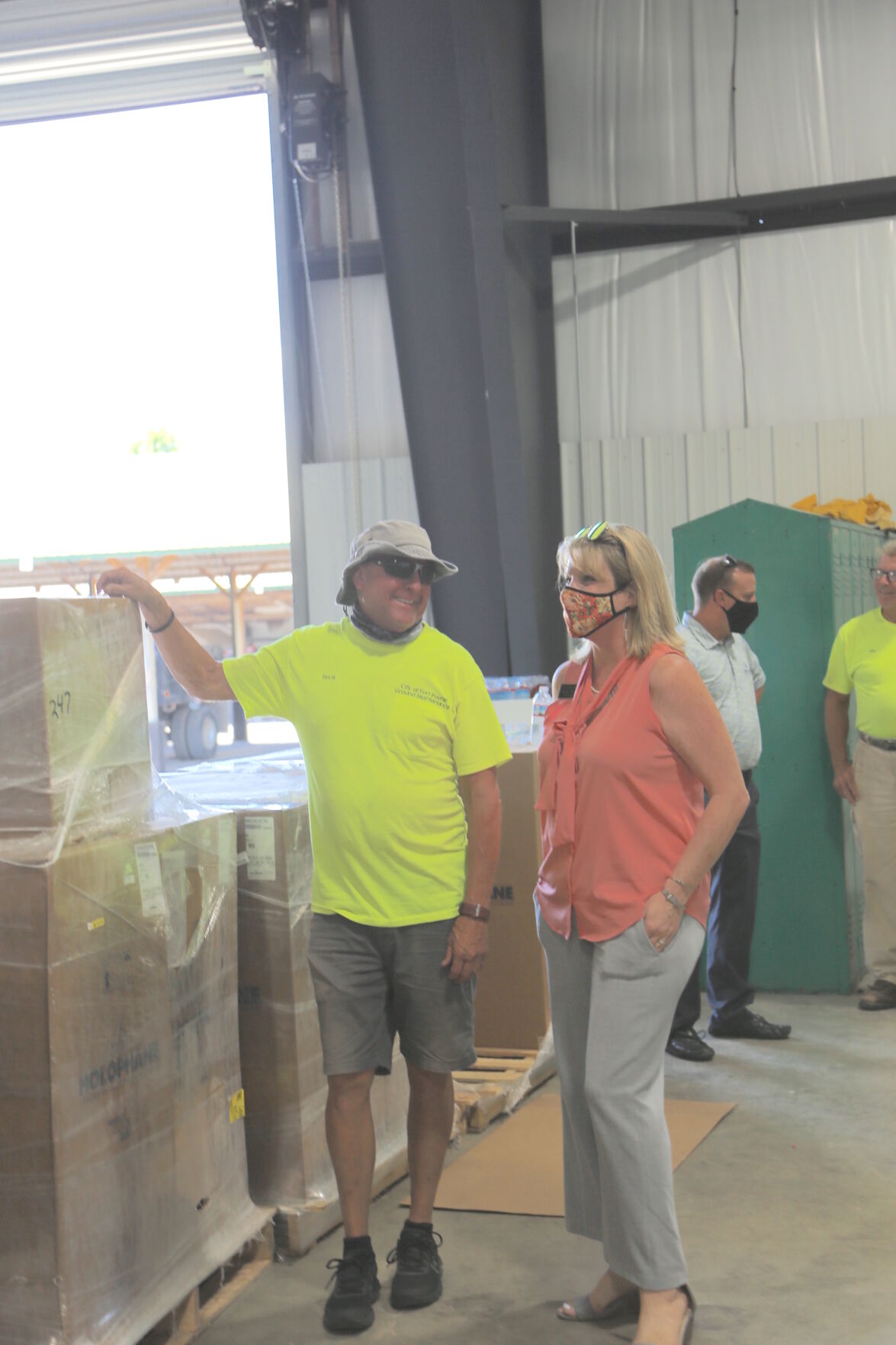 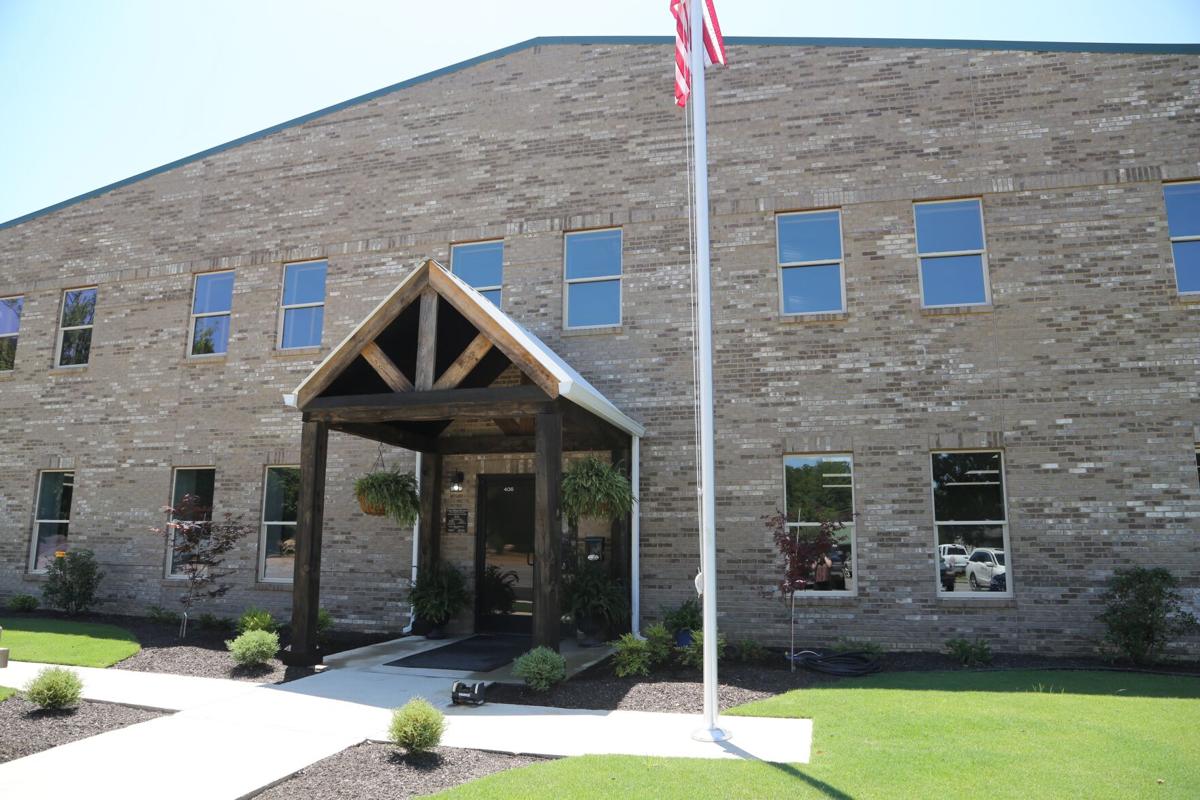 A ribbon cutting ceremony and tour of the new building was held Tuesday to unveil the department's many offices, shop space and break room. City officials, the public works department, Fort Payne Chamber of Commerce and local media attended the event.

The Fort Payne Public Works Department has literally risen from the ashes.

“That was an awful day, and it was rough watching what was essentially my second home go up in flames,” Williams said.

Despite the loss of equipment and the displacement of their offices, they kept on the job as employees recovered enough items to move to a neighboring building while waiting for the fire marshal’s investigation and the cleanup.

The new building was dedicated by Mayor Larry Chesser and the Fort Payne City Council on March 16. They intended to do an Open House, but this was the same week the COVID-19 pandemic arrived in Alabama. Five months later, a ribbon-cutting ceremony was held on August 18.

Chesser recalled, as a child during the 1950s, watching twice-weekly wrestling matches inside the old building when it was the old National Guard Armory before the city it took over. The destroyed building at Third Street North and Clark Avenue reflected operations under Stanley Byrd, who Williams replaced when he retired in November 2012. When the opportunity came to rebuild, Williams and Street Department Supervisor Ronnie Hairel sought to modernize.

Chesser said it was fortunate the city kept good insurance on the old building and the replacement should serve citizens well for 15-20 years or longer.

The city salvaged the concrete floor of the old building when constructing a replacement and architect Craig Peavy added vertical space to better use storage. It accommodates three times the amount of storage from the same footprint, Williams said.

While Wayne Hill Construction and Sam Construction erected the new building, some interior work was performed by city employees themselves to save money. The restrooms include a shower and a laundry room – absolutely critical during stretches when severe weather or a busy schedule may demand that Public Works employees to spend more time at HQ than at home. A large breakroom doubles for weekly safety meetings while a recycled train car provides a sturdy storm shelter.

Williams described it as “a nice building. We’re proud of it.”

“We are totally blessed here,” he said. “The fire was unfortunate, but for the first time in history, Public Works has a new facility. It’s organized. We’ve got places to put stuff and keep up with it. It’s absolutely more suitable for what we need, plus it helps with morale.”

Public Works takes care of the city’s sewer lines, traffic lights and signs, paving, grounds maintenance at Glenwood Cemetery and the airport, animal control, and the street department. Assignments are spelled out on the large dry erase board under categories like ditches, patching, sewer, pipes, concrete, trees, and spaying. A very long and detailed map of Fort Payne displays the location of sewer lines for easy reference.

Below, one finds the various tools used to keep the grass at the graveyard and inside parks trimmed, pipes and plumbing fixtures for sewer lines, and various cones and signs used when redirecting traffic during street paving. Bay doors can be closed to protect against the elements. When those elements turn harsh, the vehicle used to spray herbicide during the summer doubles in the wintertime to spray streets to prevent them from freezing.

The city’s fleet of service vehicles are parking beneath a covered structure while bulldozers and various other heavy machinery await deployment. Vehicle maintenance is also performed there.

The property is protected by a long perimeter fence with barbed wire as a brick façade disguises the front of the metal building. The entrance is beautifully landscaped by the same city workers who keep other municipal properties appearing neat and friendly.

Although most citizens have yet to see it, the new Public Works Building is a beautiful and highly functional facility allowing city employees to do their jobs more efficiently.

Showers with a possible thunderstorm early, then variable clouds overnight with still a chance of showers. Low 53F. Winds NNW at 5 to 10 mph. Chance of rain 70%.

Showers with a possible thunderstorm early, then variable clouds overnight with still a chance of showers. Low 53F. Winds NNW at 5 to 10 mph. Chance of rain 70%.