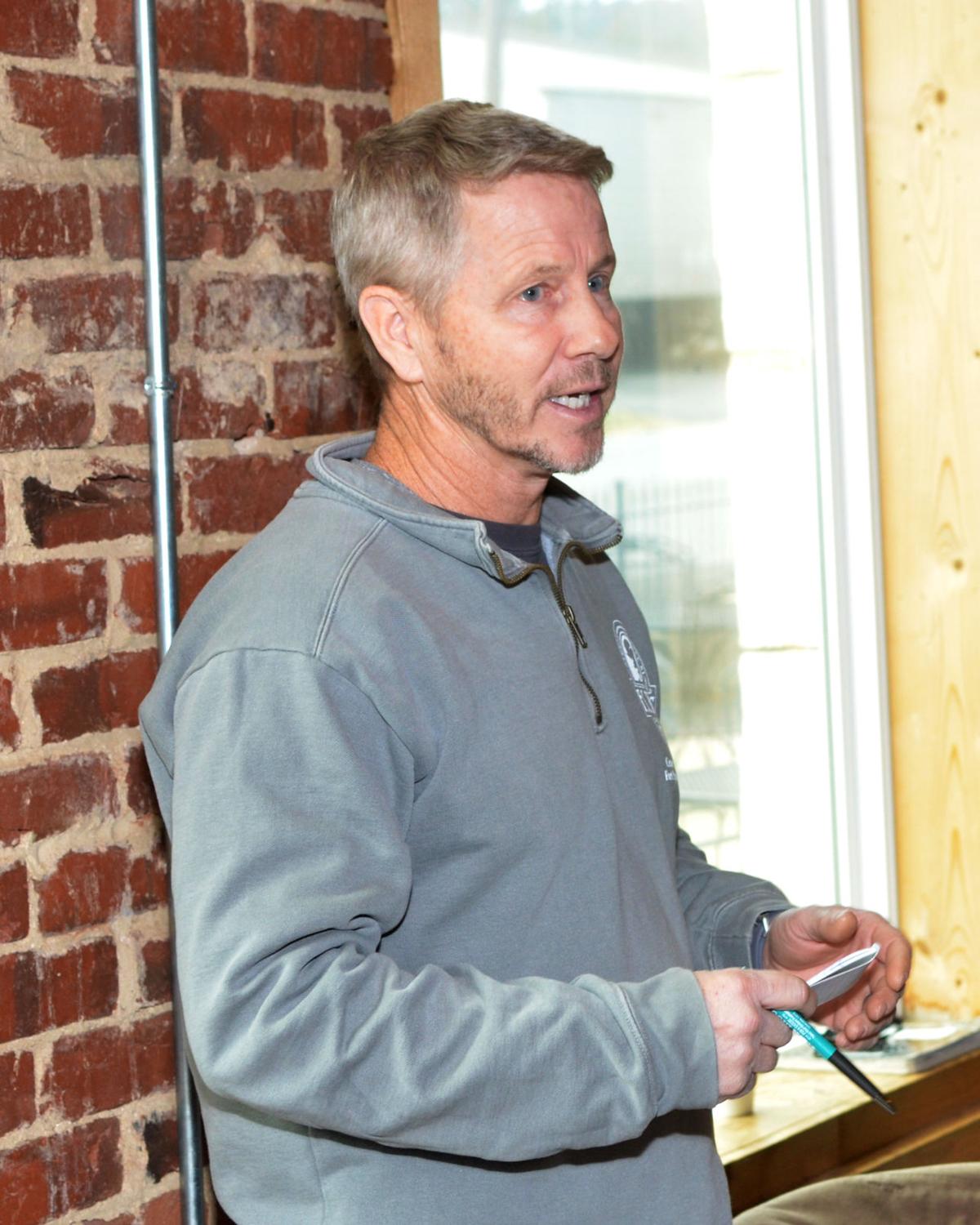 Sean Edwards, above and at right, gave an update on his much-anticipated pub and eatery in downtown Fort Payne to the Fort Payne Main Street organization. 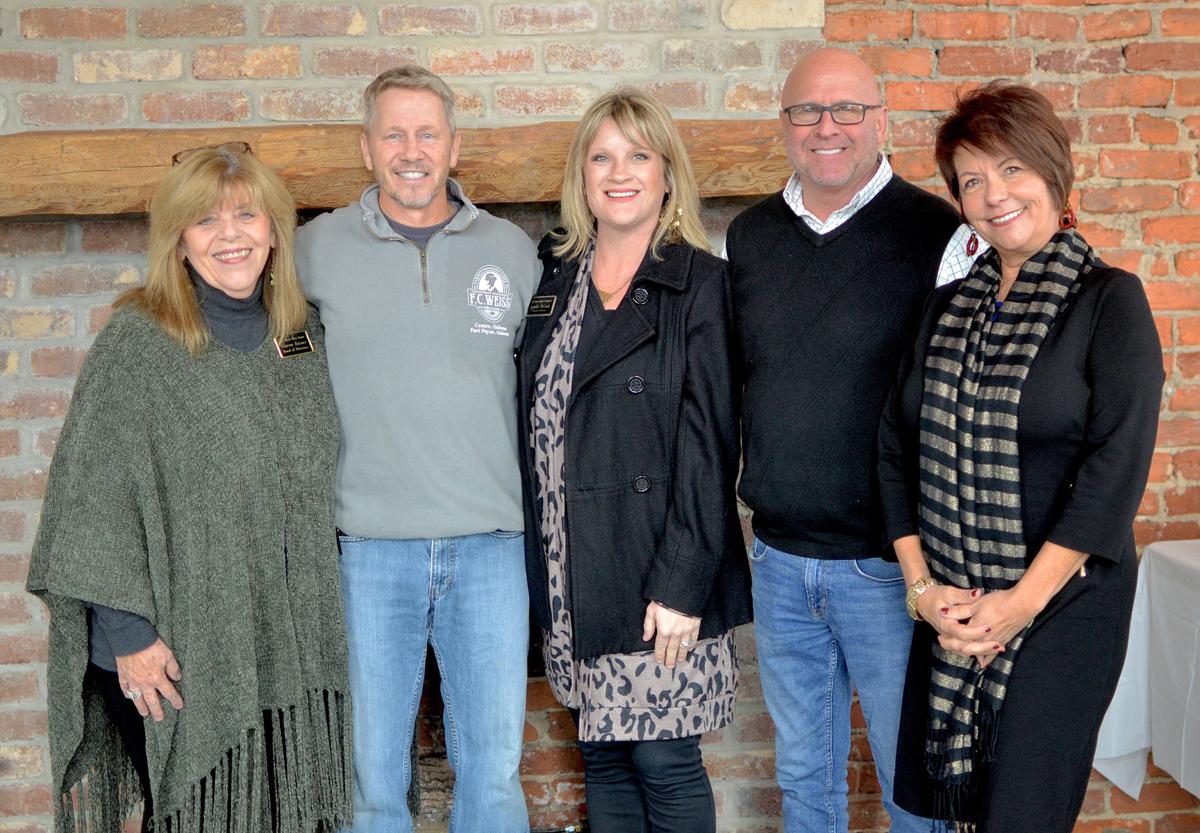 Sean Edwards, above and at right, gave an update on his much-anticipated pub and eatery in downtown Fort Payne to the Fort Payne Main Street organization.

The managing partner of the new F.C. Weiss eatery and pub, Sean Edwards, spoke before a group of community business leaders at the Coal & Iron Building last week. Edwards spoke at the invitation of Fort Payne Main Street to provide an update of his much anticipated restaurant slated to open the first week of December.

Edwards told the group that the ease of doing business in the community was, “a pretty critical component,” but, complications and delays with the construction pushed the opening back. They missed their originally announced opening date, he said, due to issues with the availability of his contractor.

“The contractor did a beautiful job with the building, it just took a while longer than we expected,” he said. He joked about having T-shirts printed for the big opening – complete with a date that has passed.

Sean and his wife, Beverly, and the Edwards' partner Mark Mansfield, look forward to offering a unique experience that reflects the community.

“It’s not a franchise thing where it has to look just like our pub in Centre by the same name. It needs to have its own story to tell.”

Edwards says he wants to hire as many local people as possible, which has worked well at the Centre location. He had certain things in mind when deciding whether to open a satellite pub in Fort Payne and where to build.

“I really loved the old downtown,” he said. “I know there’s a lot of businesses out closer to the interstate. But when I think of a small town, I picture the old town square. That’s kind of the atmosphere we were looking for.”

To make sure it was feasible to open a pub and eatery downtown, Edwards performed a traffic count.

“In Centre, we are pretty much the only game in town uptown,” he said. “Here, we don’t want to be the only game in town. I hope we have a big draw to the downtown area from other areas. In Centre, the big trucks drive past pretty fast, whereas here, not so fast. And there is good foot traffic downtown. I also had to have parking. That’s critical. With the Fort Payne location, I have access to Pete's alley and a large rear parking lot.”

The theme of the F.C.Weiss - Fort Payne, will also evoke other aspects of the city’s past; from the connection to the Trail of Tears, to the hosiery industry, to entertainers, “there's so much to work with,” said Edwards. “We will build our trademark shadowbox tables that will include memorabilia provided by the local Fort Payne community – especially local sports memorabilia.”

“We plan to have a party, like we did in Centre, to gather items and then seal them into the tabletops. In Centre, we have an Auburn/Alabama table, a fishing table, and high school tables as well.

“Our tag line in Centre is 'the dam. F.C. Weiss'. F.C. Weiss, was the name of the engineer who created the dam that formed Weiss Lake.”

Edwards said the Fort Payne location of F.C. Weiss will offer 24 draft beers and an expanded menu including more soups and sandwiches, thanks to larger kitchen space than at the Centre location.

“We will offer coffee products, but not a complete coffee shop like we have in Centre. The Spot is already serving that purpose locally.”

Edwards also said that they will offer Sunday brunch.

“Typically, we’ll be open from 11 a.m. to 8 p.m.,” he said. “On weekends, we’ll be open until 9 p.m. We will stay open later if there’s some event like a game that people are watching or a special music event. That’s our standard hours. We’re not a midnight to 2 a.m. place. Not interested in that,” he said.

The inspiration for getting into the restaurant business was a place near his hometown in Florida operated by his baseball coach. He fondly recalled many hours spent there throwing darts, listening to music and working between high school and college.

“You’d go into that pub and see the shadowbox tables with memorabilia from 1976 and forward. It was kind of a time capsule. A lot of good memories,” he recalled. “It was a family-type place, not a bar.”

He first worked in the restaurant business at his father’s seafood establishment and later garnered experience in catering and managing a country club with a kitchen. Then he became involved in the insurance industry, vowing never to work in food service again.

After 18 years serving in the military, Edwards ended up in DeKalb County after several trips from Florida visiting his parents, who had moved to a farm in Gaylesville.

“My wife and I started coming up to visit and fell in love with the area. Since moving here, we’ve had a lot of friends visit us from Florida who tell us they want to move here too. That's quite a validation.”

In the meantime, his parents sold their farm and moved to a home on Alabama Avenue in Fort Payne.

With recruiting restaurants in mind, several people from Fort Payne, visited F.C. Weiss in Centre, encouraging them to open another location in Fort Payne.

It was these visits and communication with Edwards that encouraged him to replicate the successful formula in Fort Payne.

“[The Fort Payne Main Street group] reaching out to us, was what brought us here. It allowed us to see there was an opportunity. I had never really stopped in Fort Payne before this. It reminds me of my own hometown in Florida– rich, with history,” he said.

Cloudy with rain developing after midnight. Low near 50F. Winds light and variable. Chance of rain 60%.

A shower or two around the area in the evening, then partly cloudy overnight. Low 39F. Winds NNW at 5 to 10 mph. Chance of rain 30%.

A few clouds. Low around 40F. Winds light and variable.