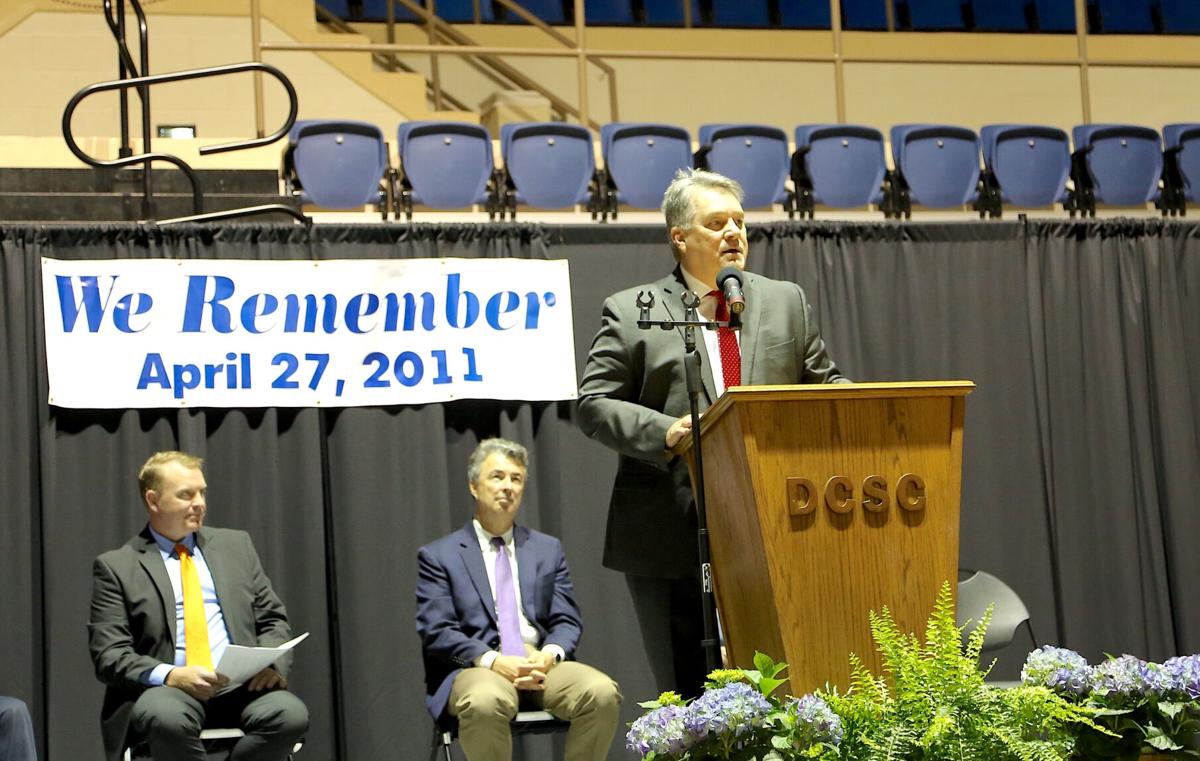 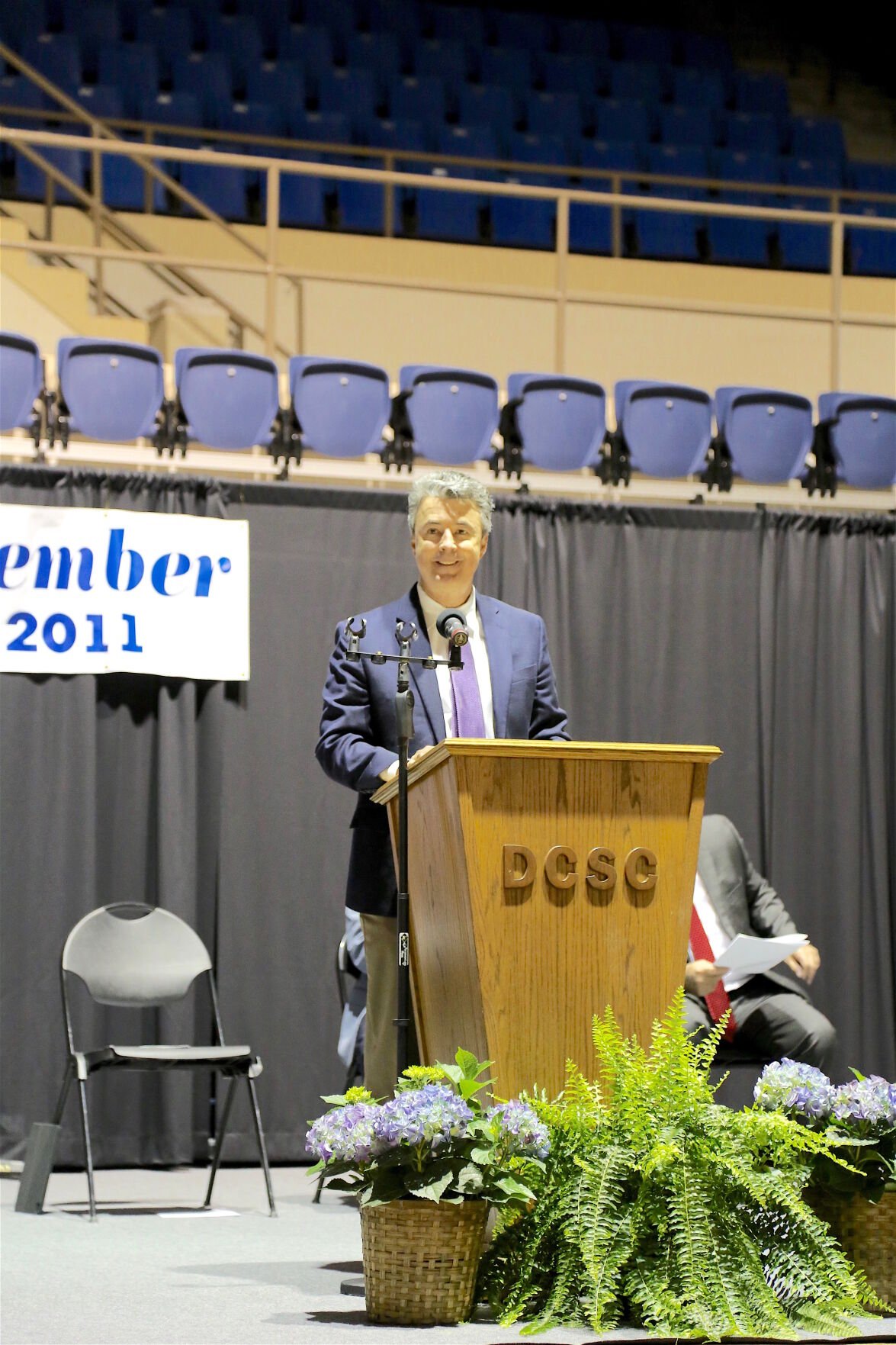 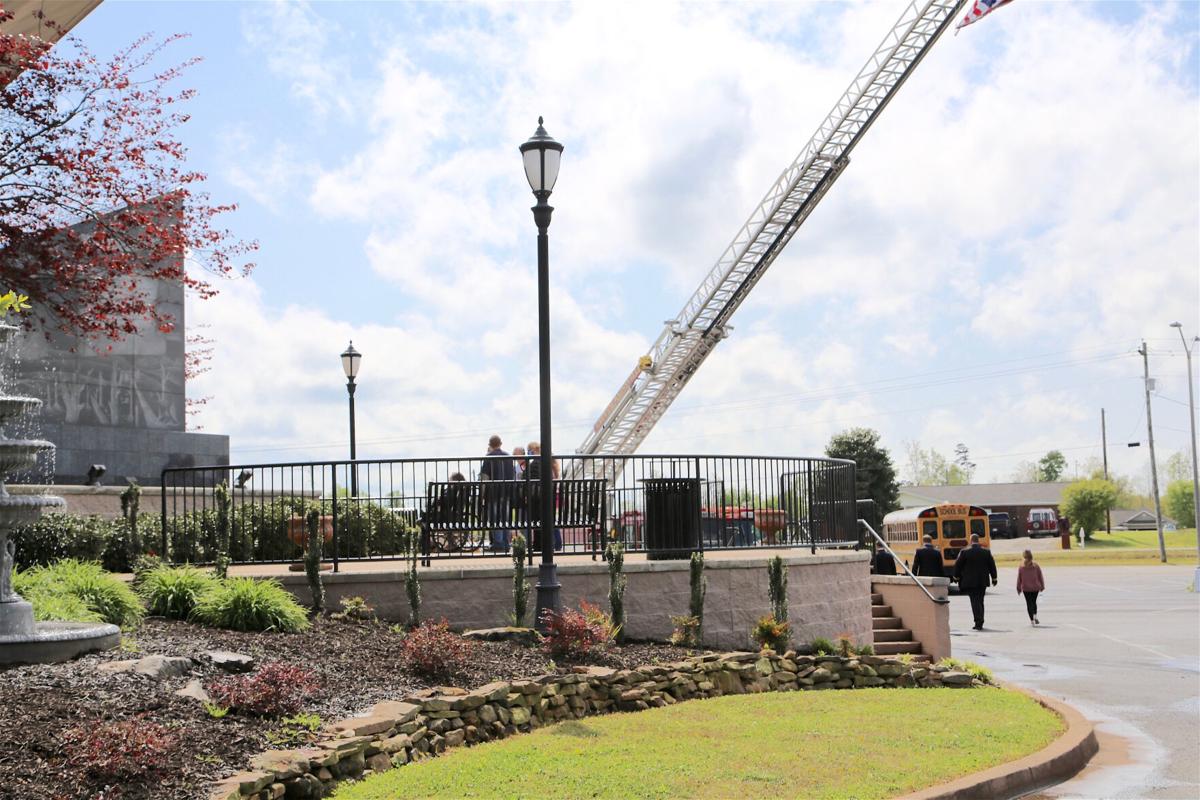 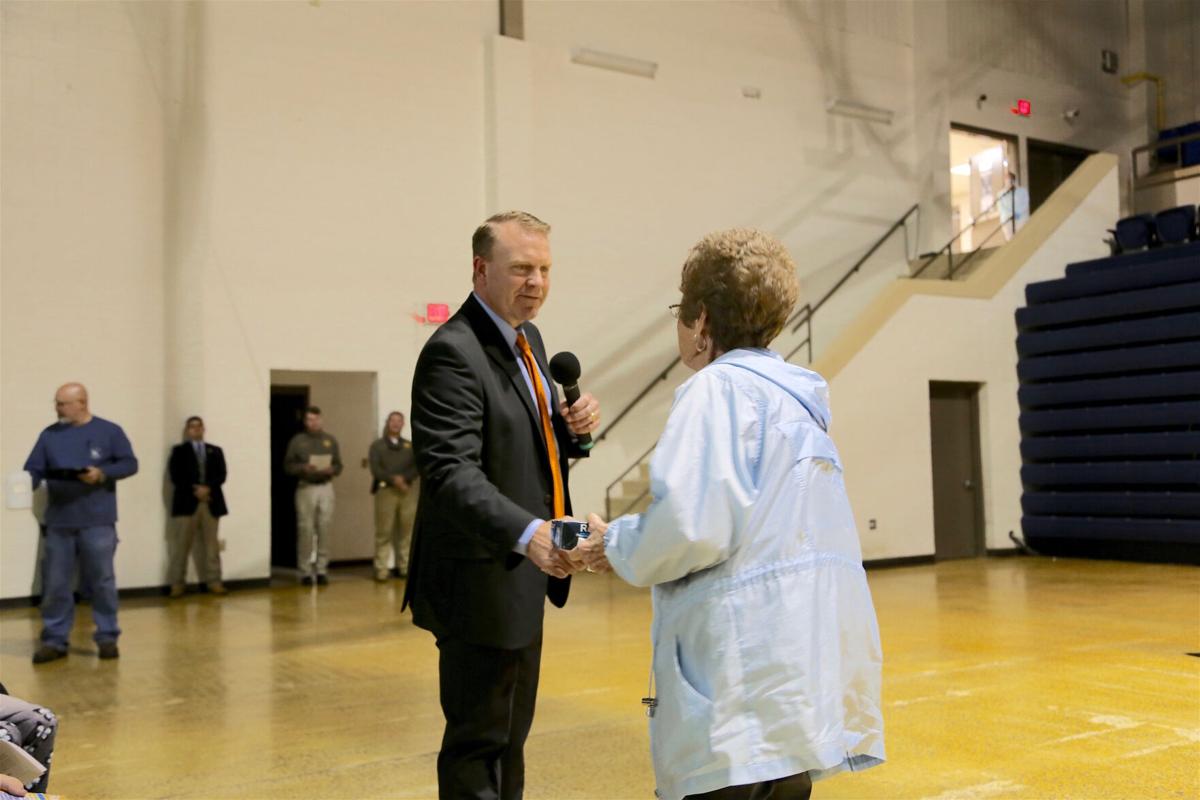 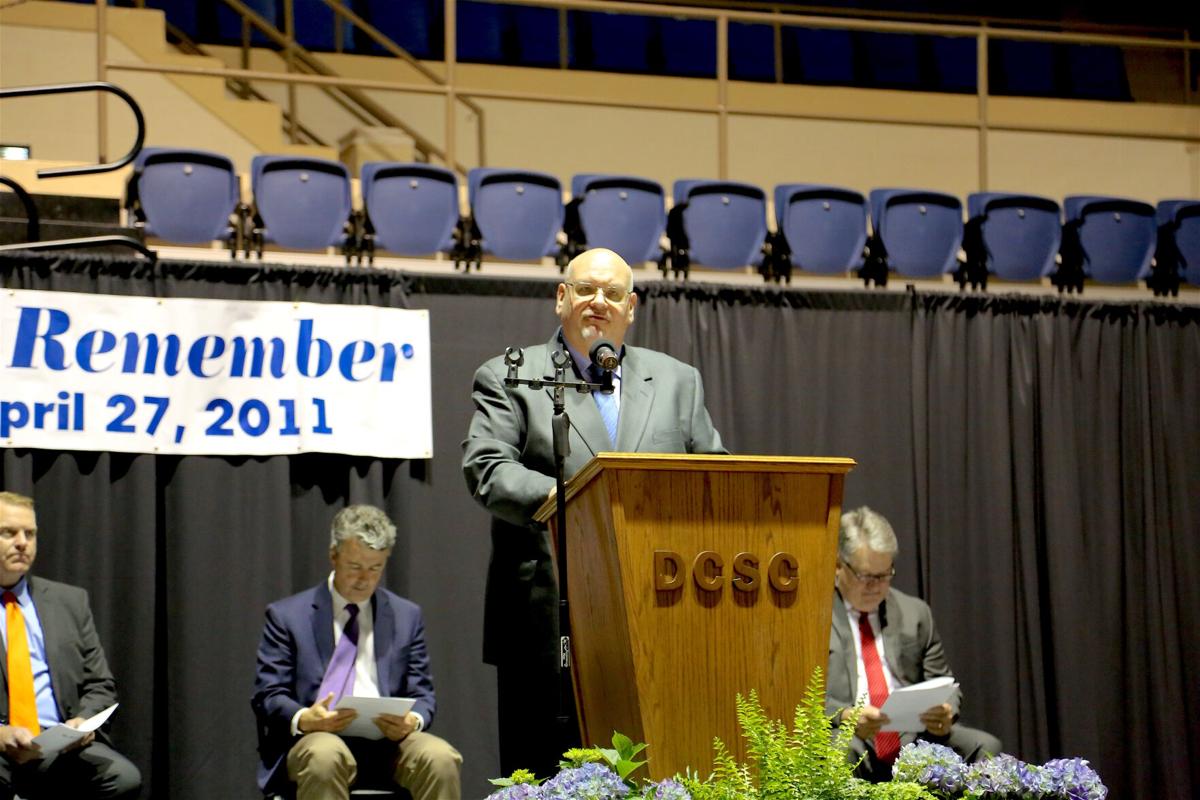 A memorial ceremony was held Saturday at the DeKalb County Schools Coliseum to commemorate the 10th anniversary of the deadly tornado outbreak that struck DeKalb County on April 27, 2011.

Due to weather conditions, the ceremony, originally scheduled to take place at the site of the Rainsville Tornado Memorial and Serenity Gardens was moved inside the coliseum.

“We are here today for a celebration of life as well as a time to remember our friends and loved ones we lost on that awful day of April 27, 2011, not only DeKalb County but the state of Alabama as well,” said Stanley Sims, a member of the memorial committee.

The first guest speaker of the evening, Alabama Attorney General Steve Marshall, recalled the events of that day as he received the call from law enforcement officials informing him Rainsville had been hit.

“One of the things that I am privileged to do is work with the men and women of law enforcement, and as you all know they immediately responded, police, fire and local volunteer fire departments,” he said. “Anybody that could come got here as fast as they could and what they began to see was something they had never seen before.”

Marshall went on to depict the concerns as victims began to be reported and the loss of life calls continued to come in.

Addressing attendees was Alabama District 8 State Senator Steven Livingston who touched on many aspects of April 27, as well as the continued efforts from himself and District 24 Alabama House of Representative Nathaniel Ledbetter to work with DeKalb County Commission, local municipalities and Emergency Management Agency to mitigate plans for the future.

Joining the list of guest speakers was WAFF-48 Chief Meteorologist Brad Travis who shared the weather timeline and conditions leading up to the tornado outbreaks that took the life of 248 people in Alabama.

Majority House Representative Nathaniel Ledbetter took the stage acknowledging the work of first responders, community leaders and community volunteers during an unprecedented time of crisis. He spoke of unity and the amount of effort the community put into rebuilding.

“We are here for each other. We don’t have to agree on everything and we never will but the thing we do need to do is love and pray for each other,” he said. “Even in times of crisis, we know that God answers our prayer and as tragic as it was we found out who we are.”

Intervals of clouds and sunshine in the morning with more clouds for later in the day. High 79F. Winds SSW at 10 to 20 mph.