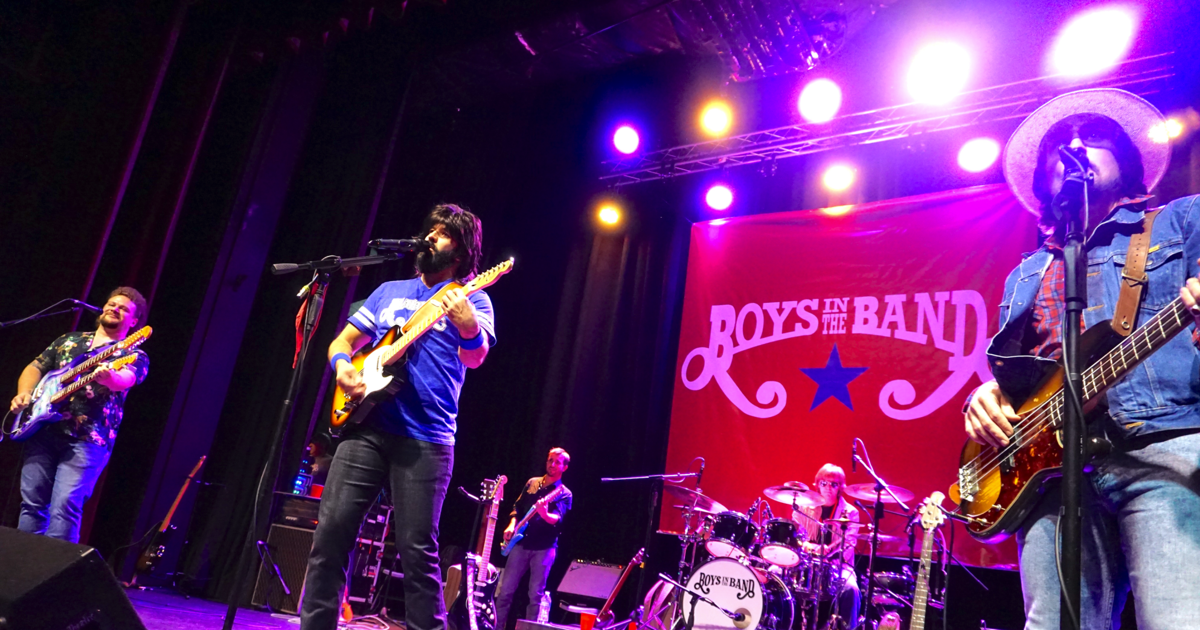 Not pictured: Dan Barker on keyboard. 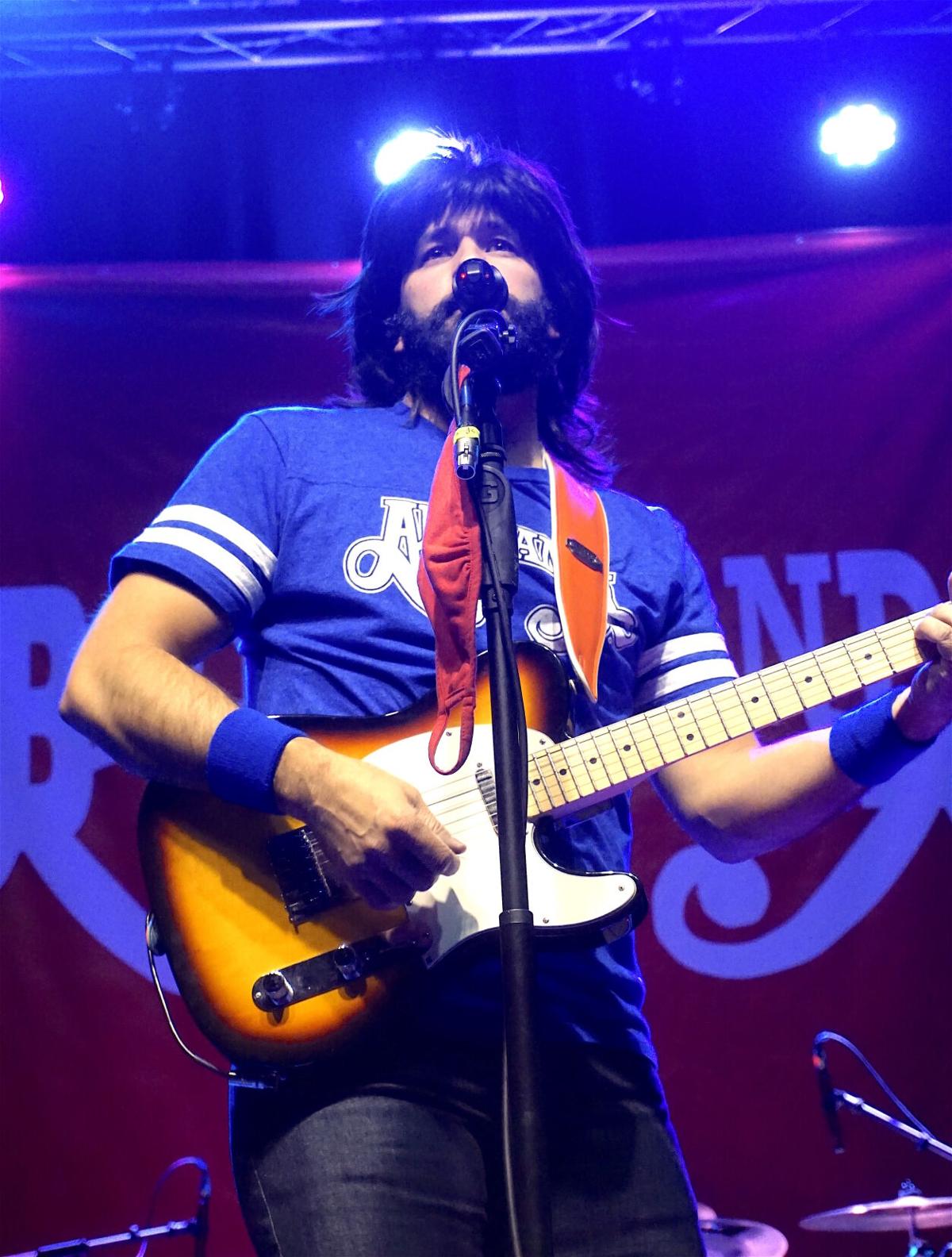 The show had only 50% occupancy due to COVID-19 but still raised more than $13,000 for local organizations. 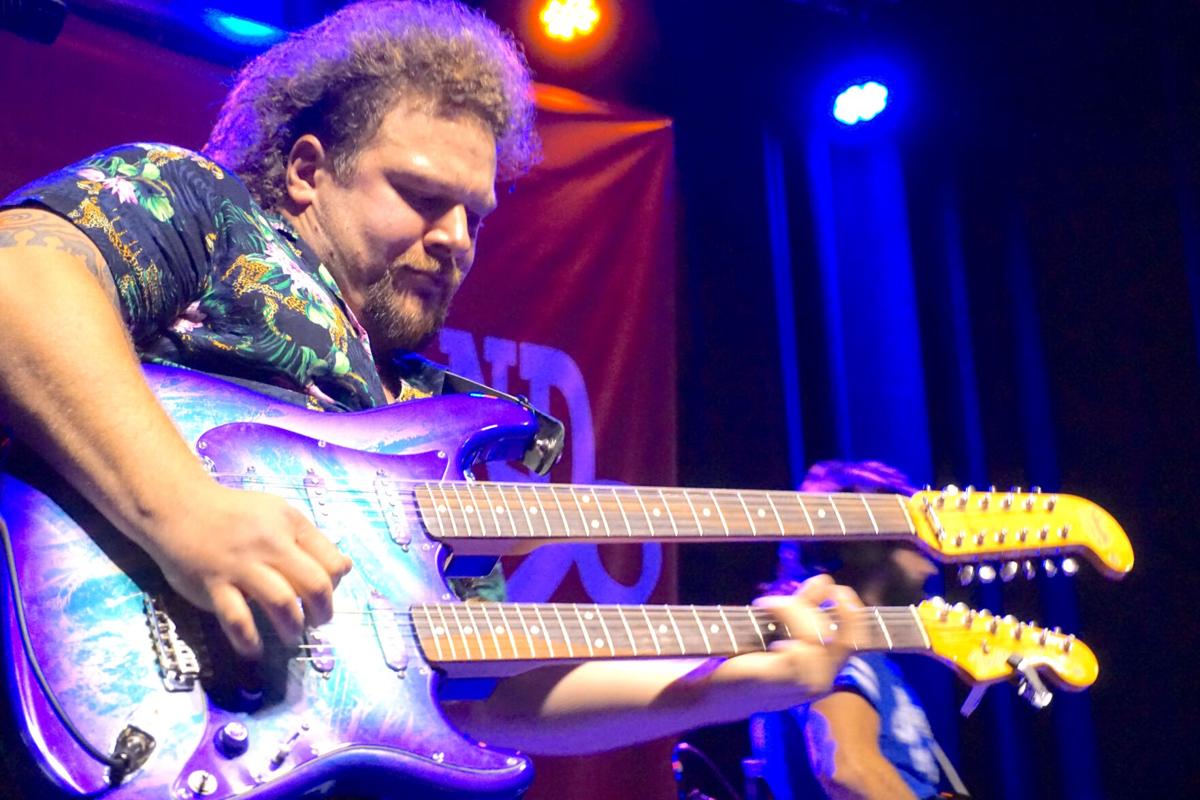 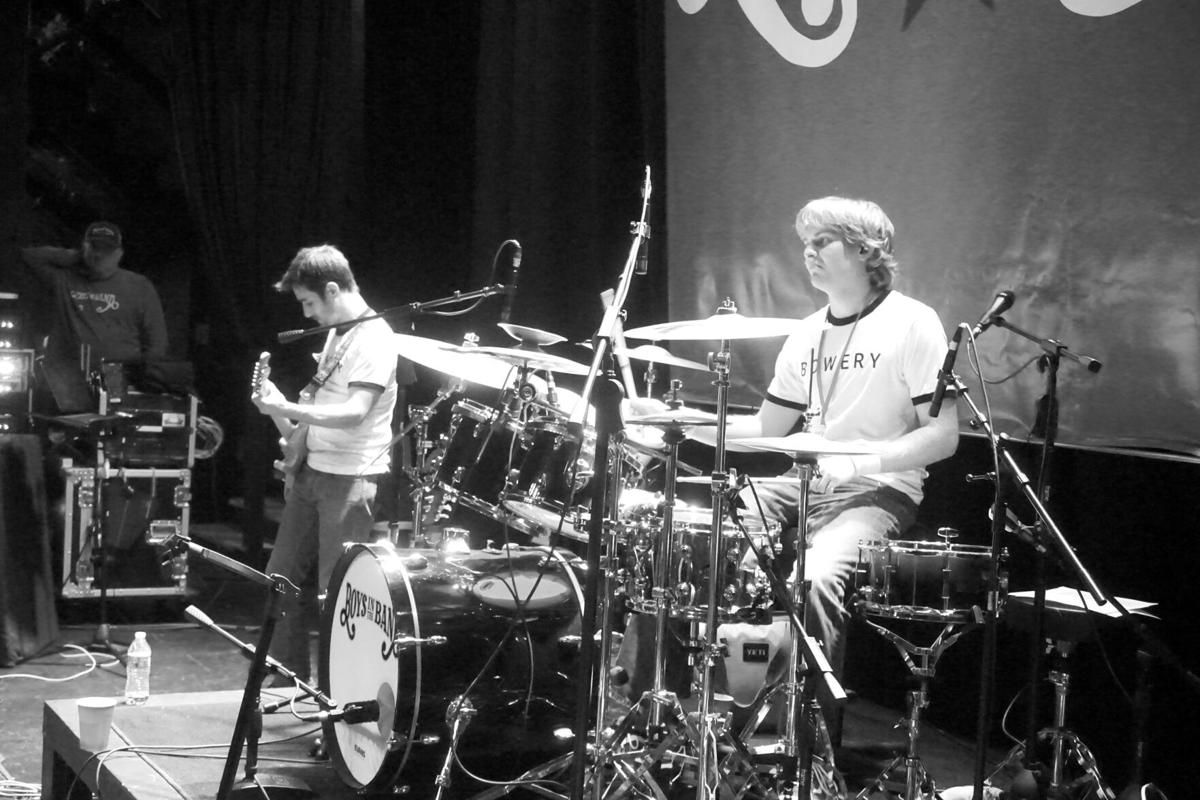 Above, are Jacoway and Harris. 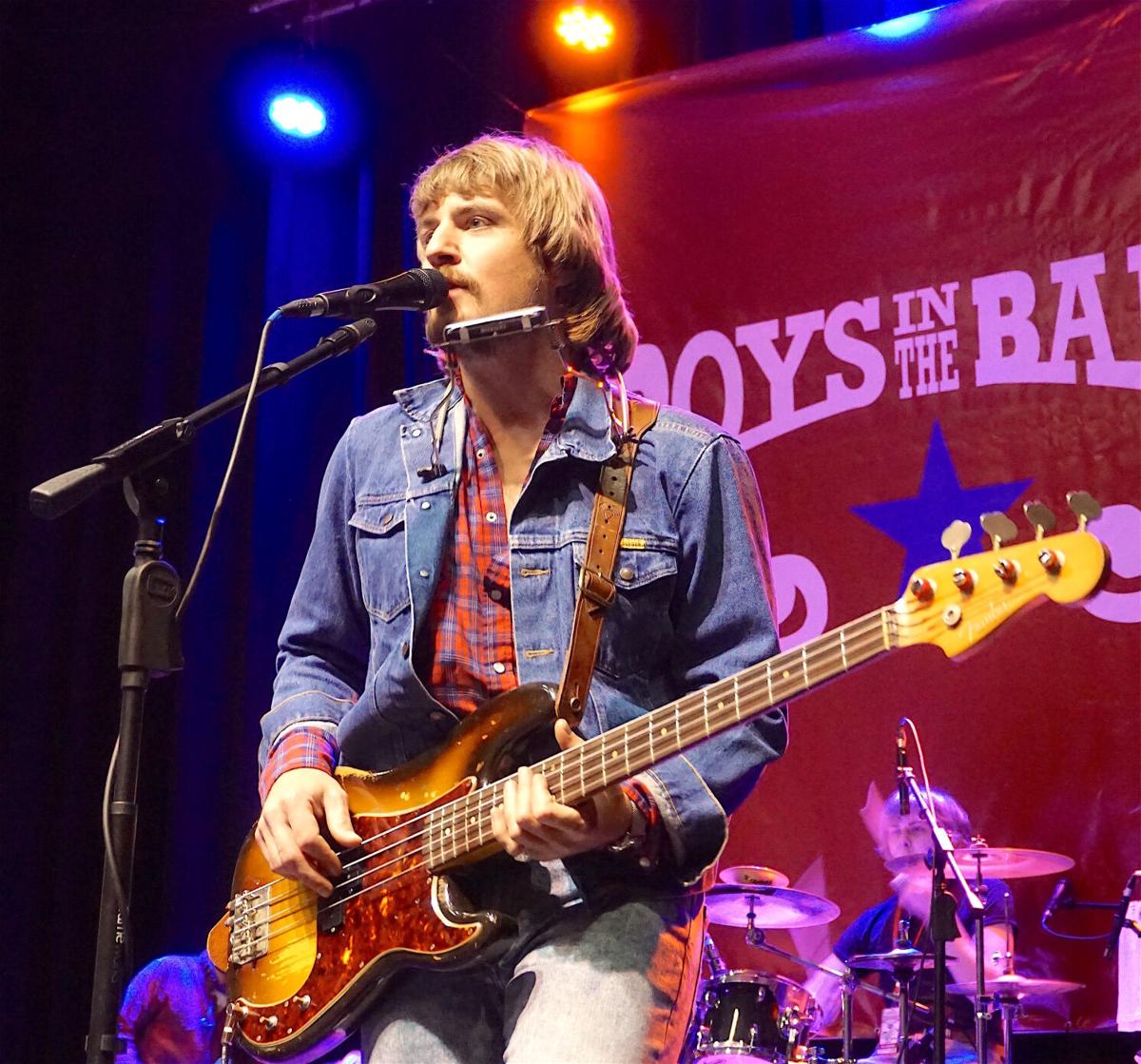 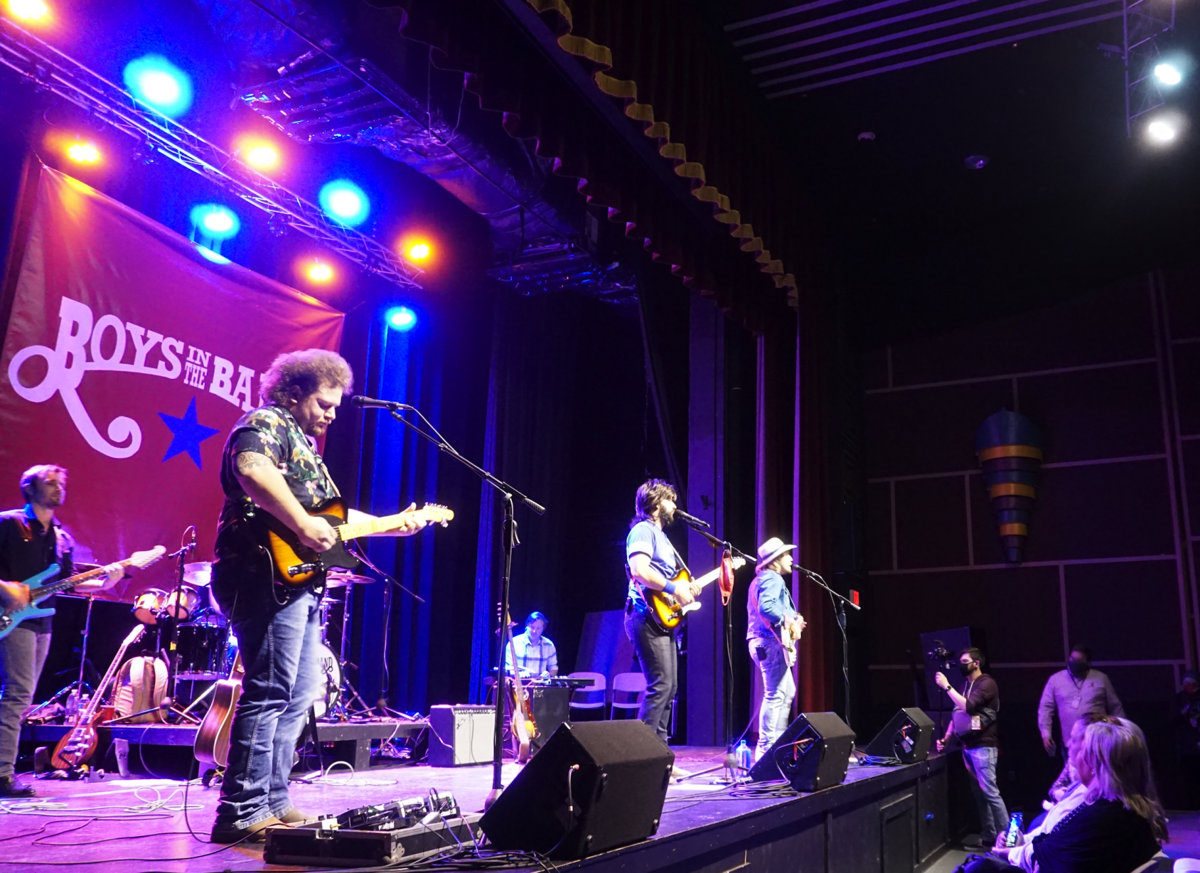 Not pictured: Dan Barker on keyboard.

The show had only 50% occupancy due to COVID-19 but still raised more than $13,000 for local organizations.

Above, are Jacoway and Harris.

Fort Payne saw another sold out show from Boys in the Band: the Alabama Tribute last weekend.

“Down Home”, the band’s second-ever performance presented by Builder's Supply, once again filled the DeKalb Theatre with “back home come on music” to pay homage to Fort Payne natives Randy Owen, Jeff Cook and Teddy Gentry and the legacy of the band Alabama.

Last year’s performance saw Owen and Cook as surprise guests on stage, but because of the pandemic, band members were not able to attend this year. They did, however, send an extension of themselves to give the band extra luck. Owen personally called “the Boys” before their performance to wish them luck, and Cook and Gentry both provided one of their signature guitars for Mullins and Croxton to use.

Tickets to the show were coveted, as occupancy was limited to at least 50% capacity due to COVID-19. That factor, however, did not affect the overall fundraising the show produces. Sponsors still showed their support for the two organizations the band backs, The SAM Foundation and Fort Payne Main Street.

Tribute band frontman John Michael Weatherly said the event raised about what it did last year and will see approximately $6,500 to each organization again. A $1,000 donation from the proceeds will also go to support the Alabama June Jam Fund.

The band didn’t stop with their Fort Payne show and performed their first performance out-of-town this week as they took the stage in downtown Nashville at the Tin Roof.

“As far as future projects, we feel excited about things to come,” Weatherly said. “After that we are kind of in a holding pattern waiting on the pandemic to get under control and hopefully go away. We hope to be able to share more news early in the new year. But one thing that is definitely on our list is to do another show in Fort Payne where anyone that wants to can come and see us. The community is important to us just as it has always been to the original boys in the band, and that’s something we want to continue.”

Look for a feature story on the band in an upcoming edition of DeKalb Living Magazine.

Partly to mostly cloudy. Slight chance of a rain shower. High around 55F. Winds N at 5 to 10 mph.

A steady rain in the evening. Showers continuing late. Low 42F. Winds ENE at 5 to 10 mph. Chance of rain 70%. Rainfall around a quarter of an inch.