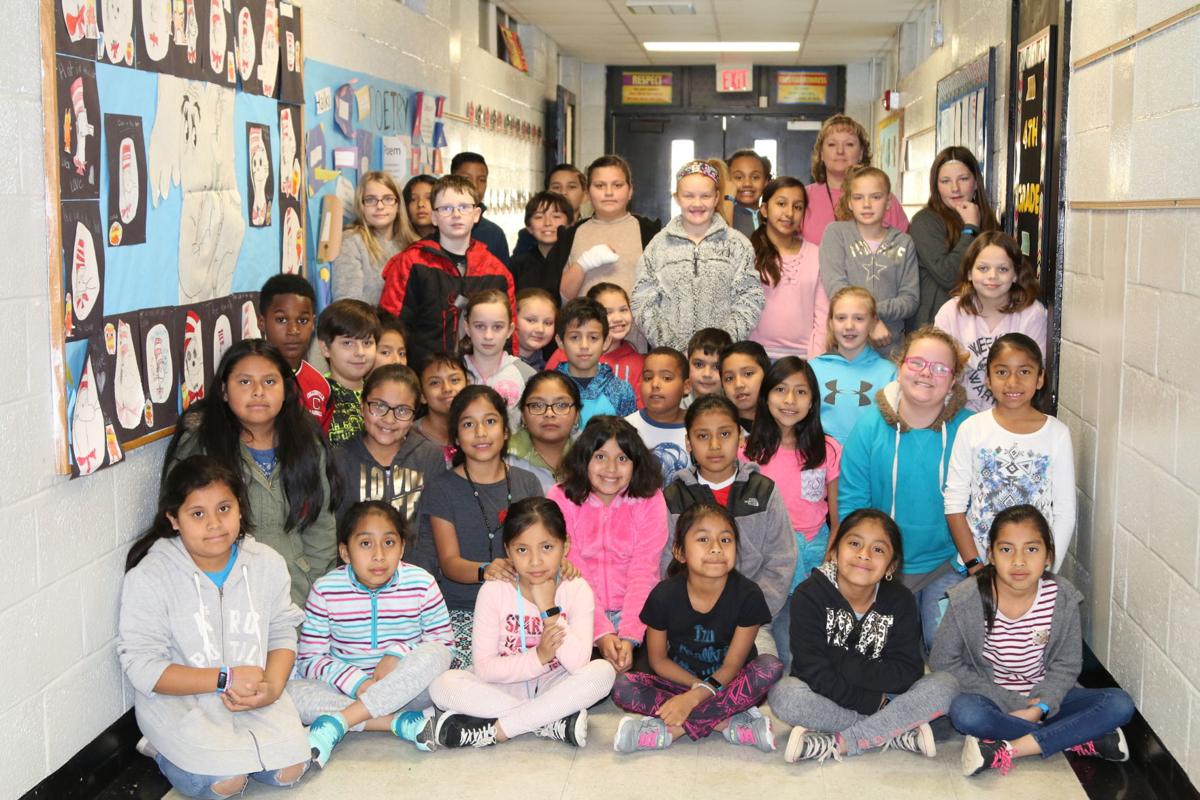 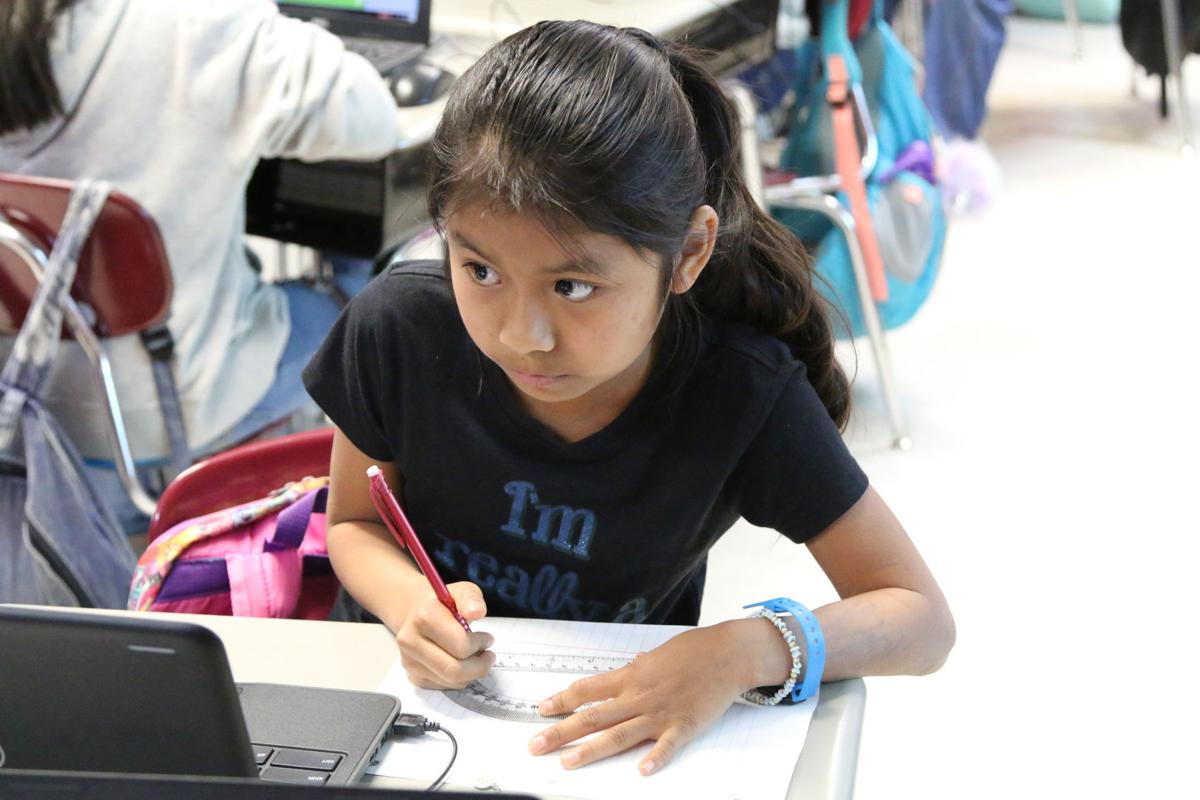 A fourth grade teacher at Collinsville Elementary School has gotten her students involved in a program that promotes a healthy lifestyle, while also helping provide meals for needy children around the world.

Lorilyn Owen, math and science teacher at CES, enrolled her students in the UNICEF Kid Power program. The program provides digital devices students can wear around their wrist — similar to an Apple Watch or Fitbit — and it tracks the amount of steps they take throughout the day.

The steps are logged into a program online that Owen uploads at the end of the day. Each 2,400 steps count as one point, and for every 10 points, Owen said UNICEF will pay for one RUTF — Ready-to-Use Therapeutic Food — pack. She said UNICEF calculates that 150 RUTF packs can help save at least one life by reversing malnutrition.

“This is my second year doing the program,” Owen said. “It’s going pretty well. The kids all get excited and there’s videos we can watch, and they have places that they look at from all around the world.”

Owen said this year her class has actually partnered with another school out of Chicago. She said her students will Skype with students from Pulaski Elementary School in Chicago. They’ll share lessons and ideas and they may even start to compete against one another.

Owen said 44 of her students from her homeroom and then math and science classes are participating in the program.

Brenlie Griggs said one of the videos she watched showed her a video of children they can help through the UNICEF program.

“We saw a bunch of houses that were made of adobe and dust and rocks,” Griggs said. “There was a little boy and he weighed 11 pounds, and he was almost 1-year-old.”

Katrina Battles said the boy in the video had a “stomach that was swollen,” and Owen explained to her that this was because the young child was malnourished.

“I want to be a doctor when I grow up so that I can go around the world and help,” Battles said.

Yaqi Guzman said the videos showed scenes of different animals that had “died because it was just so dry.”

So, the lessons have allowed the kids in Owen’s class to get a glimpse at what other children are experiencing around the world.

So, the lessons have allowed the kids in Owen’s class to get a glimpse at what other children are experiencing around the world.

“It makes me sad for them, but I’m happy that I know we’re helping,” Griggs said.

Owen said she was able to apply for the program and receive the bands free of charge. It all comes in a kit and has everything she needs to participate in the program.

Owen said the students wear the bands throughout the day. The bands are baby blue colored with a display screen that shows each of the students’ names, along with the time and number of steps logged, with a giant, bright blue display. She said the students put the bands on first thing in the morning and then will take them off to charge them in the classroom at the end of the day.

She said they like to tell her about how they “walked extra laps during PE,” or she sees them walking up and down in place to add steps while waiting in the bathroom line.

Melanie Cantor added that she and her classmates play extra games of “dodgeball and basketball” to log the extra points.

Owen said the UNICEF Kid Power website has an extensive list of different activities and videos the students can engage in.

Owen said last week that they had already earned themselves 24 RUTF packs.

She said at the end of the school year the students can get permission to take the bands home, and then a parent can download the application in order to allow them to wear them throughout the summer and continue to add points to UNICEF for the power packs.

“A lot of our kids have family from different countries, and so they are seeing things firsthand and they say things like, ‘Oh, I’m helping somebody from home.’” Owen said. “I think it’s good for them because it helps them to be healthier, and they get to see more of what’s going on in the world.”