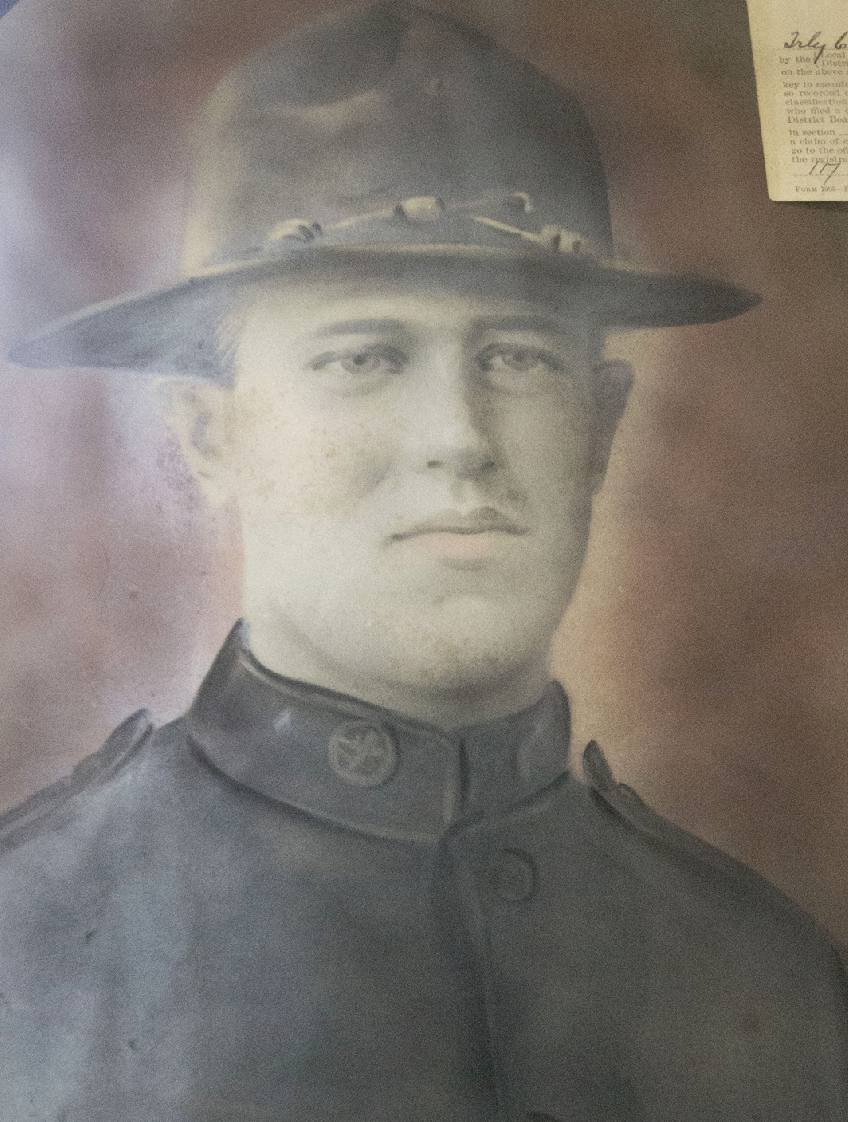 Picture taken of Stanley Brindley's tintype photograph taken after he was drafted. 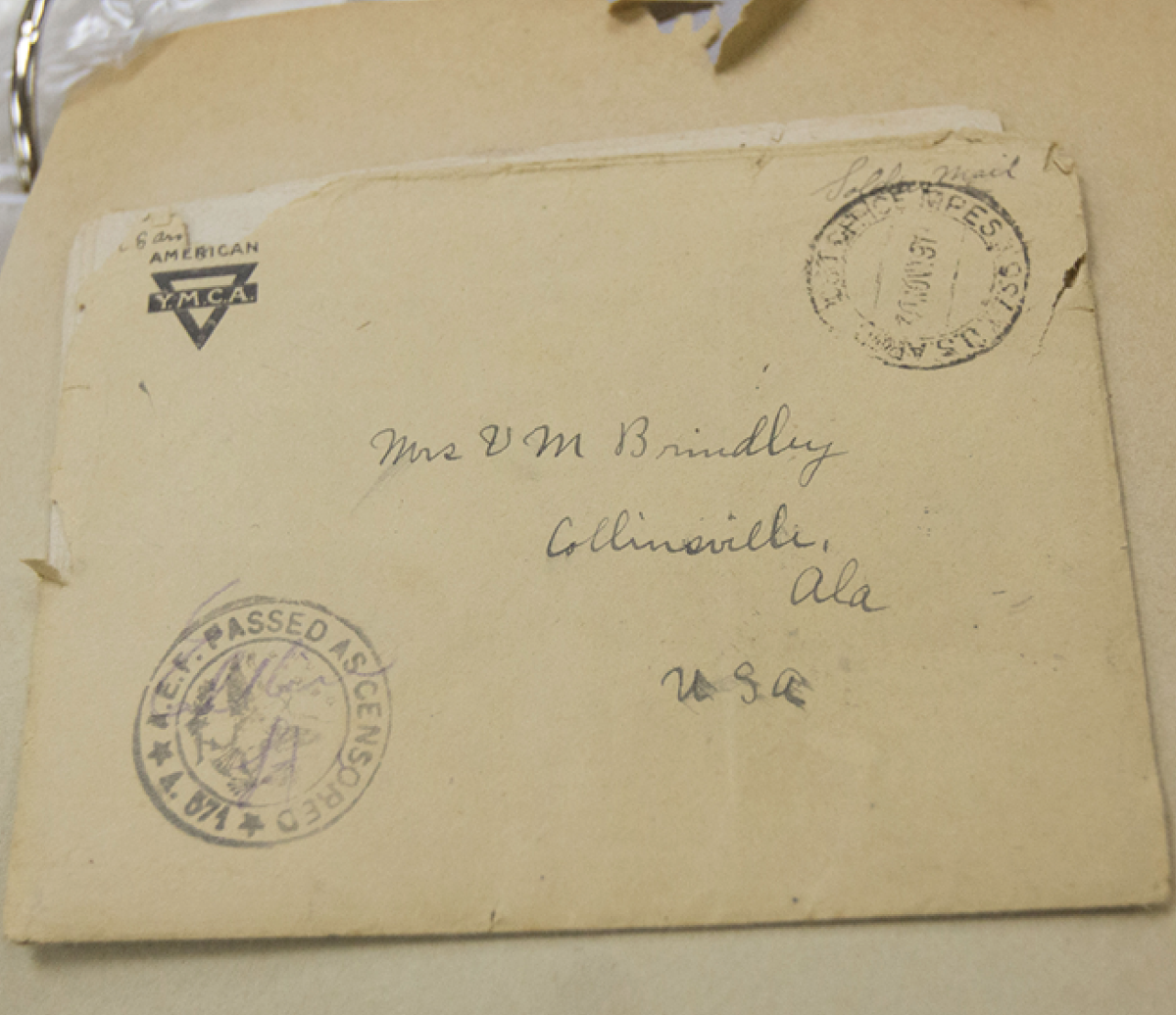 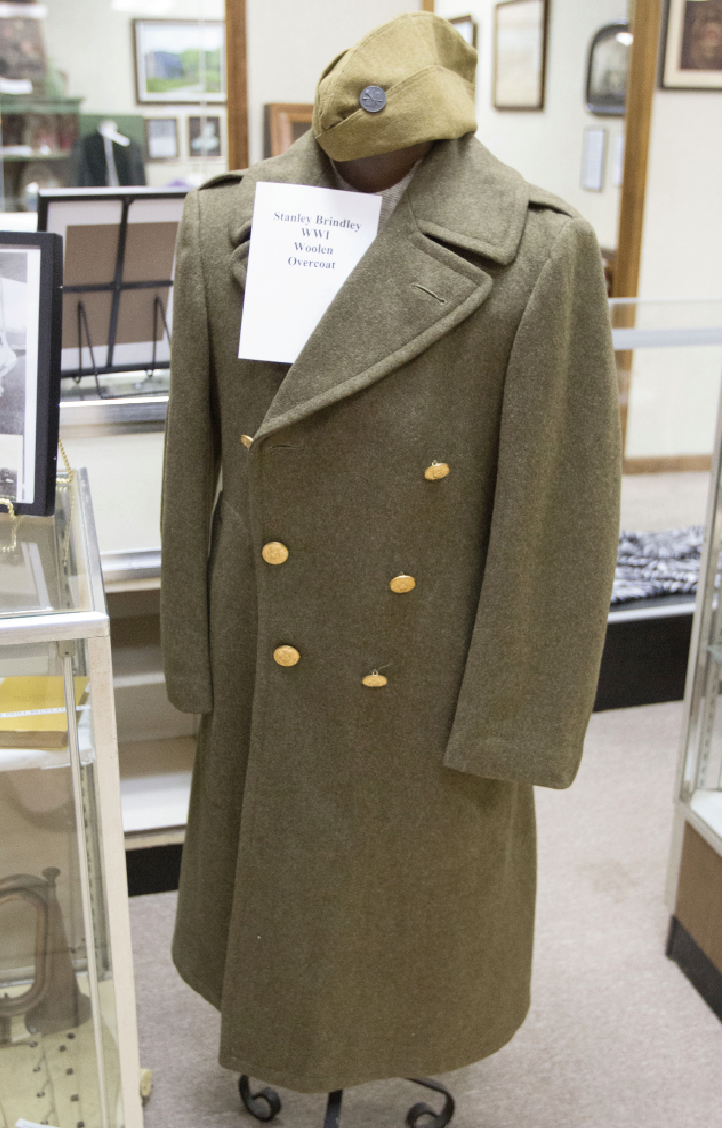 Brindley's woolen overcoat used during his time in France. 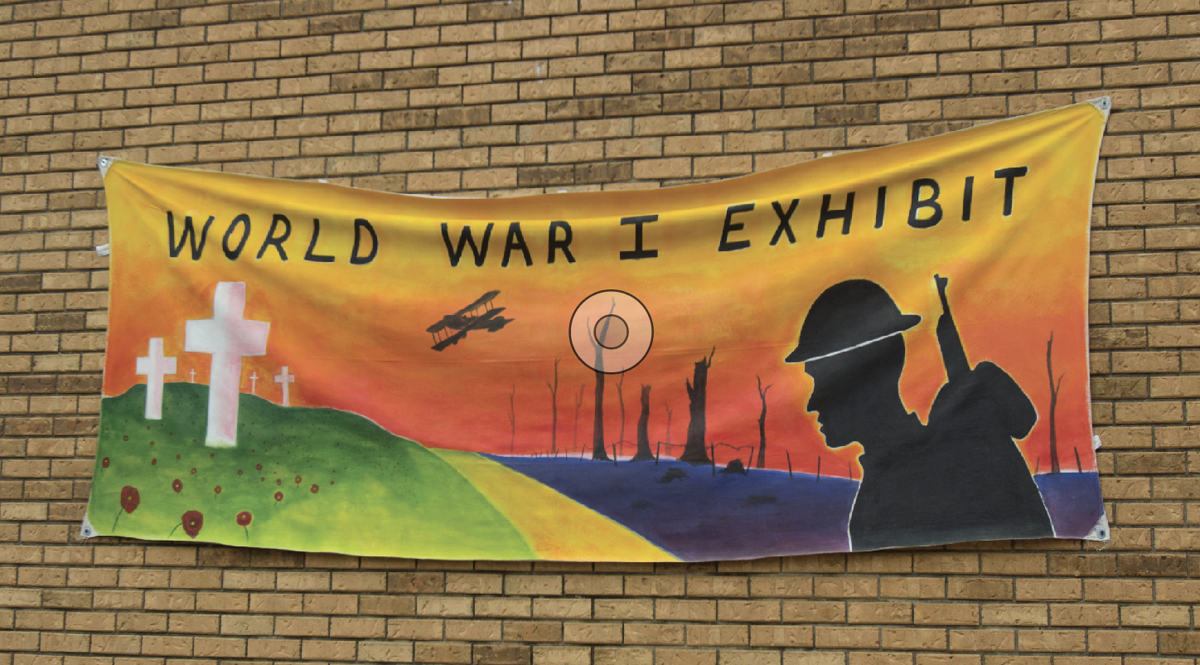 Hand-painted banner made by John Gladden and displayed on the front of the museum.

Picture taken of Stanley Brindley's tintype photograph taken after he was drafted.

Brindley's woolen overcoat used during his time in France.

Hand-painted banner made by John Gladden and displayed on the front of the museum.

November marks the 100th anniversary of Armistice Day, the end of World War I.

The Collinsville Historical Association plans to honor the centennial date by opening an ongoing exhibit of locally contributed memorabilia and research of DeKalb County veterans of The Great War.

The Museum of Collinsville History opened the exhibit this summer in their new location in the former Liberty Bank building, which was donated to them in 2015, across from the Cricket Theatre.

Martha Barksdale, the museum curator and director, said the exhibit is a continuously growing event that is always accepting of more items.

“We have a lot of pictures, a Springfield Rifle that was used in the war, and we have compasses, mess kits and first kits, saddles,” Barksdale said. “We just have a really nice collection. We’re in the process all the time of people bringing in new things, so it’s growing.”

Barksdale said the museum was given the exhibit idea and a portion of the collection from Collinsville native John Gladden.

“There was one person, John Gladden, who is a part-time instructor of history at Snead, that was very instrumental in getting it all together,” Barksdale said. “He has been a collector of WWI memorabilia for a long time. So, he has shared his collection with us and has been very helpful in getting data about the local veterans. We do have a book with all the names of the veterans from southern DeKalb County and into Cherokee that he made.”

Gladden said he has been interested in the subject for many years, but has not had the facilities to conduct the research and exhibit that he has been able to do with the help of Alabama Archives and the museum in Collinsville.

“Two of my uncles were in WWI, and it’s just something that I’ve studied off and on for many years, but this year is when I decided to do a lot of the research,” Gladden said. “I researched five counties in northeast Alabama, and I have created a roster list of the individuals that served from those counties.”

According to Gladden, over 6,000 individuals from northeast Alabama served and 1,025 of those from DeKalb County alone.

“One of the primary things that came out of the research was the statistics,” Gladden said. “I just want people to be aware of the sacrifices that were made 100 years ago, and a lot of people don’t realize how extensive WWI was. It was kind of something that has been eclipsed by the second war, but it was a very significant event for its time, especially for the United States.”

Gladden also constructed many items to complement the exhibit, including a life-size paper mache and styrofoam mannequin to display a full infantry uniform and a large, hand-painted banner outside of the museum.

Rebecca Clayton, resident of Collinsville and longtime museum volunteer, provided a large collection of personal effects and stories of the war from her father, Stanley Brindley, and uncle, Guy Brindley. Clayton’s compilation of items includes pictures, uniforms, papers, medals, shoes and original letters that her father sent to his family in Collinsville while he was in France.

“In July 1918, which is mighty close to where we are 100 years ago, all his clothes that are displayed were issued to him prior to going overseas,” Clayton said. Clayton has provided tunics, jackets, leggings, hats and other items worn by her father and uncle a century ago.

“Not only do we want to make the general public knowledgeable of the 100th Centennial of WW1 and encourage them to visit the museum, but we would also like to encourage anyone who may have stories or pictures to share if they are interested,” Gladden said.