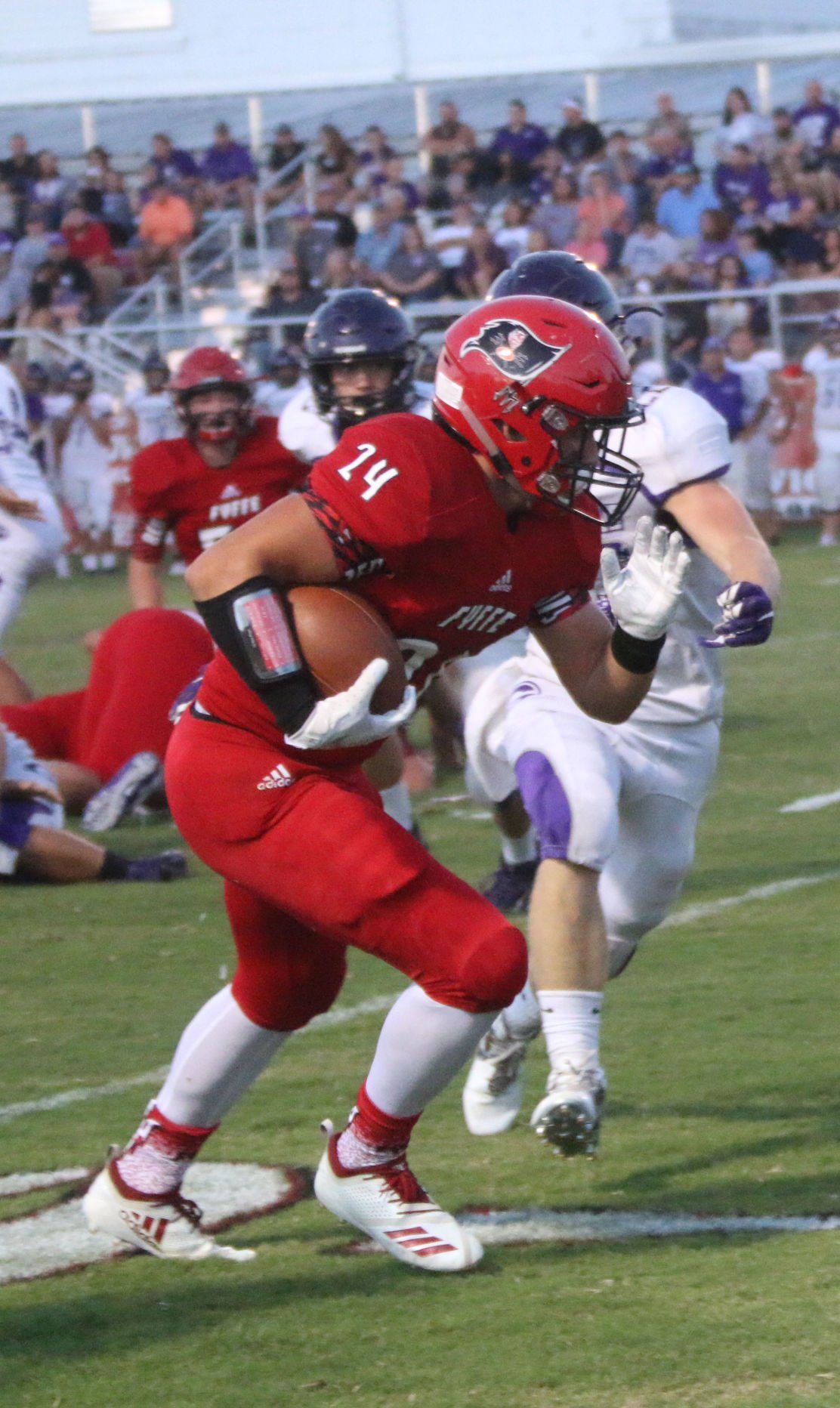 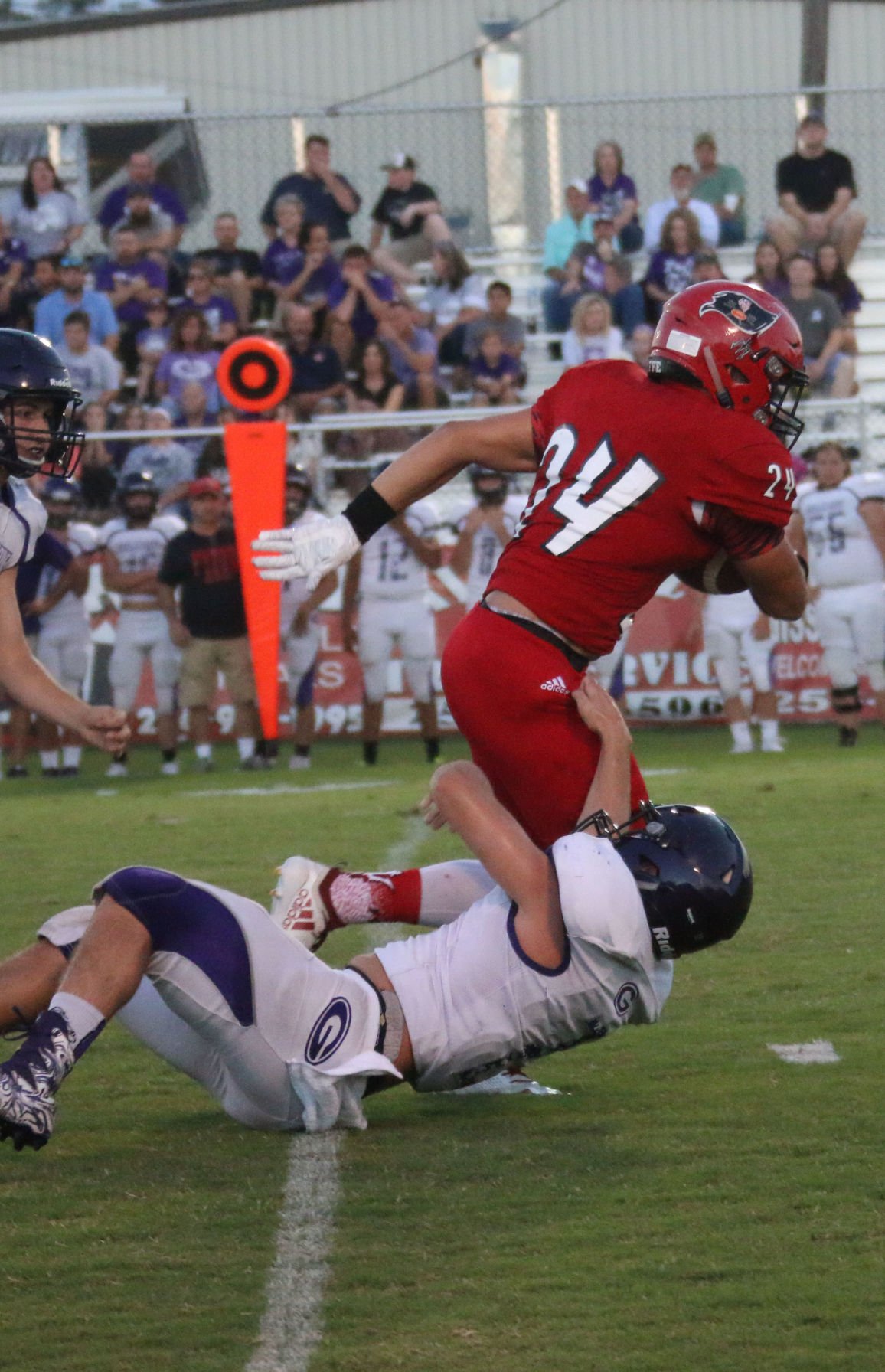 The Geraldine Bulldogs couldn’t run with the Red Devils on Friday night. Class 2A, No. 2 Fyffe scored five times on the ground in a 41-7 victory over the Bulldogs.

The Red Devils scored first in the opening minutes of the first quarter at home Friday night. The Devil defense forced a three-and-out on Geraldine’s first drive, and then a bobbled snap by punter Anthony Baldwin on fourth down was recovered at the Bulldog 20.

Fyffe quarterback Zach Pyron dropped a beautiful pass over the shoulder of receiver Ike Rowell on the Red Devils’ first offensive play from the scrimmage. The kick-after from Brody Dalton was no good, but Fyffe grabbed the early 6-0 advantage.

The Red Devils took over on offense after forcing another punt at the Geraldine 41-yard line. Senior running back Payton Anderson ran the next play 27 yards to set up a first down inside the Bulldogs’ 14-yard line, and he took the next snap 14 yards for the score. Pyron attempted a 2-point conversion on a read-option keeper, but he was stopped short of the goal line. The Red Devils led 12-0 with 8:51 remaining in the first.

Fyffe tacked on their final score of the half at the 5:26-mark in the second quarter. Pyron pitched the ball to Anderson who swept across the field for 4-yard score. The Red Devils lined up for the two-point try, and Pyron handed the ball to Anderson who reversed the field handing it off to Rowell, who crossed the goal line. The Red Devils led 20-0 heading into the locker rooms. Geraldine’s best scoring opportunity in half came with 14.3 seconds left in the game. Running back Andrew Hall took a hand off 13 yards and dove just short of the goal line as time expired.

Fyffe got on the board first in the third quarter. The Red Devils got the ball after the half and took over at their own 36-yard line to open the quarter. Anderson took the hand off down the left side of the field all the way down to the Bulldogs’ 1-yard line. Anderson then took the ball on the next snap from the Wildcat formation, and he scurried across the line for another score. Dalton’s kick made it 27-0 with 11:31 remaining in the quarter.

Fyffe forced a turnover on downs on the next Bulldog possession and took over at their own 45-yard line. Rowell took the first snap 56 yards for the score and Dalton’s kick made it 34-0.

Geraldine put their only points in the game up on the ensuing drive. The Bulldogs drove 57 yards on nine plays and set up a gorgeous screen play