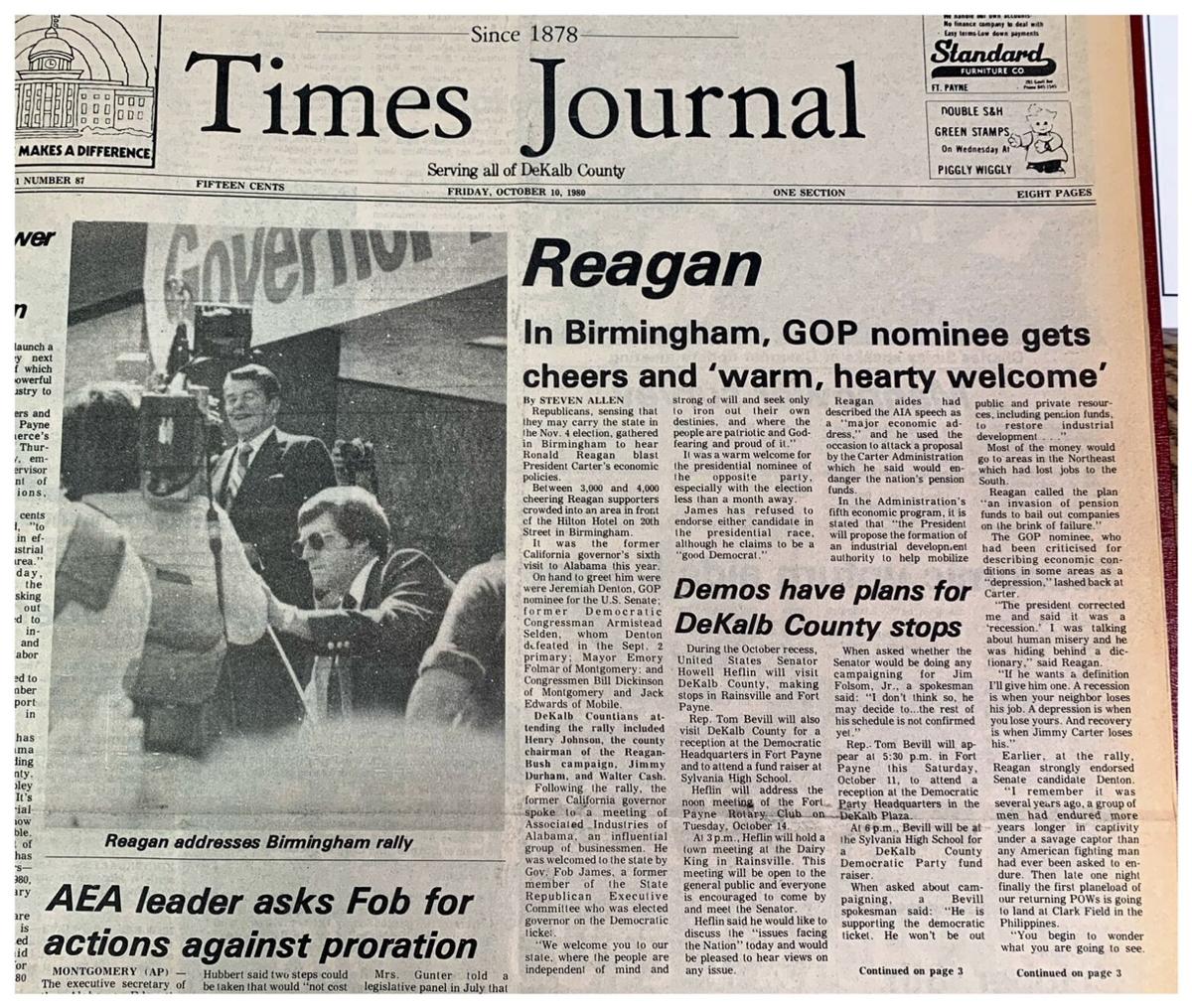 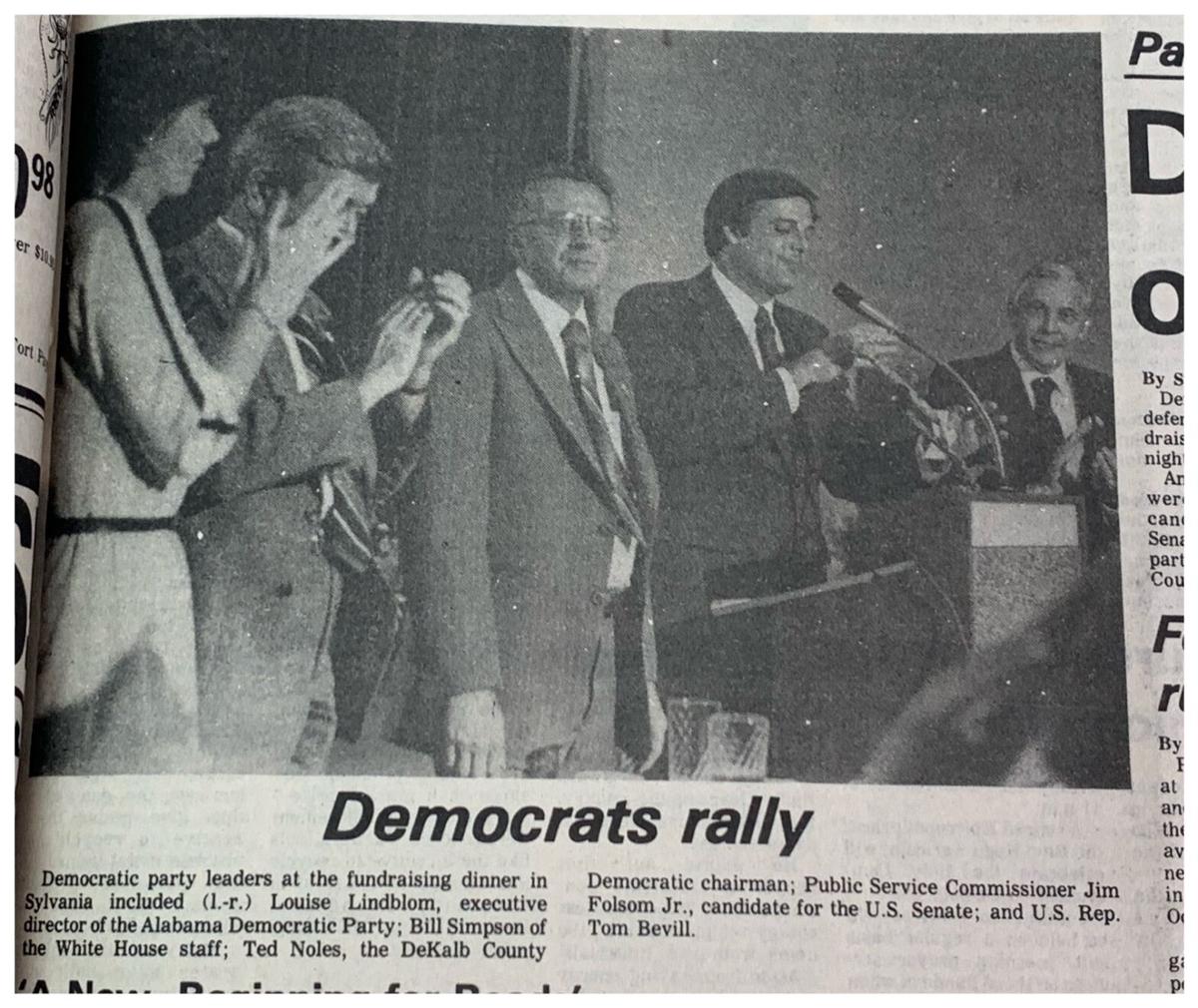 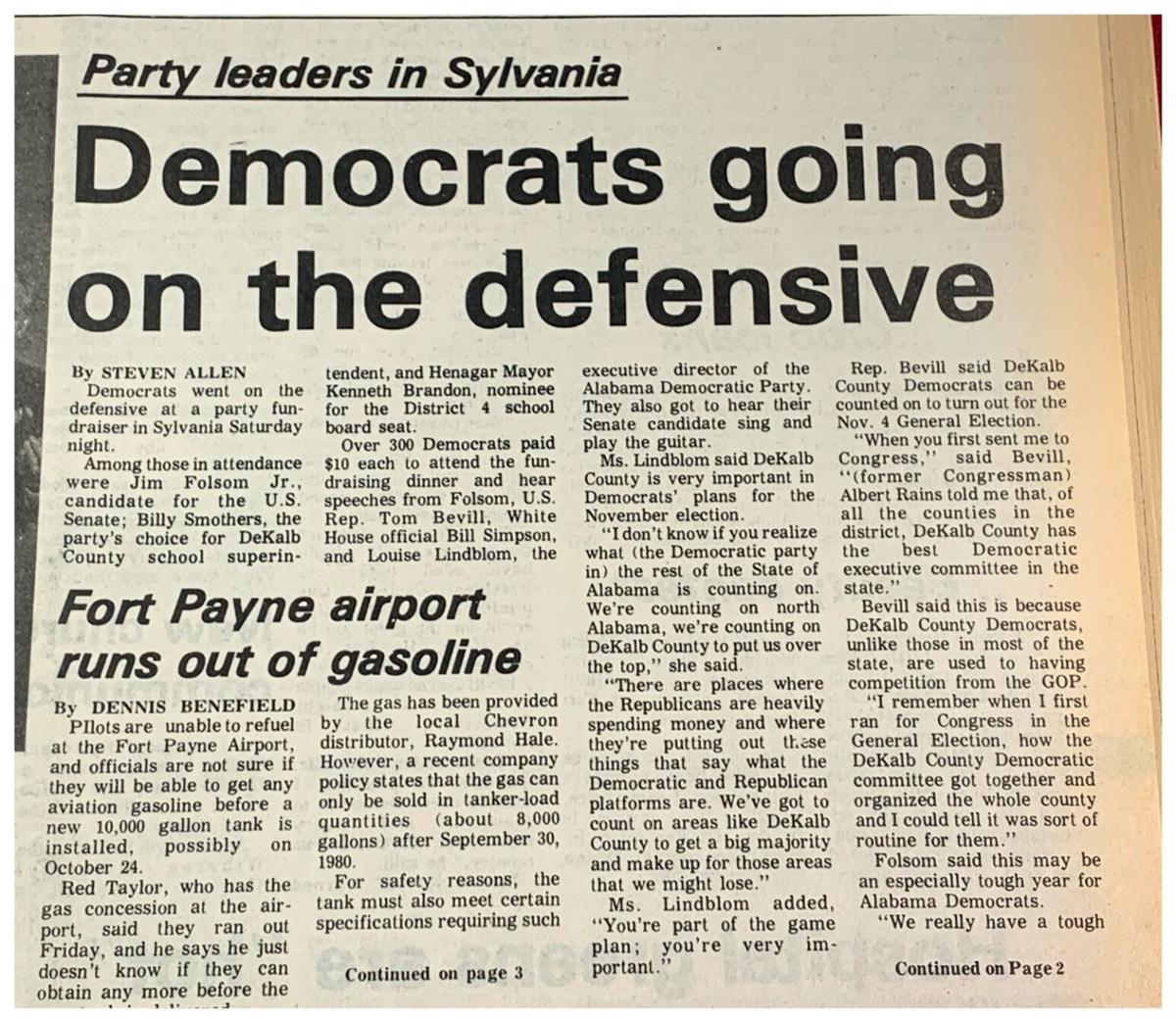 DeKalb County was also in the thick of the political season 40 years ago. A glance at the Oct. 10, 1980 edition of The Times-Journal captured the momentum of an ascendant Ronald Reagan, who attracted 4,000 cheering supporters at a Birmingham appearance. The Democrats, another headline read, were “going on the defensive” with a reception planned for U.S. Rep. Tom Bevill the following day, along with a fundraiser at Sylvania High School. Alabama’s governor, Fob James, refused to endorse Reagan or the incumbent, Jimmy Carter, “although he claims to be a ‘good Democrat.’” James would change parties in 1995 to win a second term.

The state’s Democrats were led by Louise Lindbloom, who was quoted at the local event as saying, “There are places where the Republicans are heavily spending money and where they’re putting out these things that say what the Democratic and Republican platforms are.” Bevill was quoted as saying that local Democrats were fierce because they were “used to having competition from the GOP.”

Jim Folsom, Jr., the 31-year-old Democratic U.S. Senate candidate sang and played guitar at the Sylvania event. Challenger Jeremiah Denton, described as a “military hero”, would go on to defeat him and become the state’s first Republican senator in 101 years. Folsom would go on to become governor in 1993, following in the footsteps of his father, former Gov. “Big Jim” Folsom.

Less than a month later, Reagan defeated Carter, becoming the oldest person to assume the U.S. presidency at 69 years of age (a distinction he would hold until 2017, when President Donald Trump would be inaugurated at age 70). Reagan won DeKalb County by 9,368 votes to Carter’s 8,484.