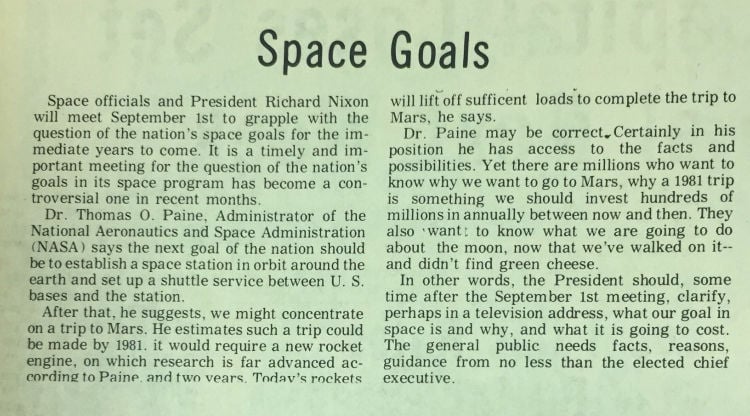 n the weeks following July 20, 1969, the Times-Journal published a series of editorials discussing opinions and reasons for the United States Moon Landing mission.

Pictured, first, is an editorial  that printed on August 12, 1969. This piece discusses the views that rural, poorer Americans may have had concerning the landing.

Pictured, second, is the editorial  that published August 19, 1969, outlining what and how the President, at the time Richard Nixon, should say to the American people about space travel and future plans of NASA.

A reoccurring theme in both was the money this costs the government and how much it would cost the country in the future. While some saw the Moon Landing as economic and cultural advances, others saw it as a hindrance on the United States people.

–Both editorials published in the Times-Journal newspaper.