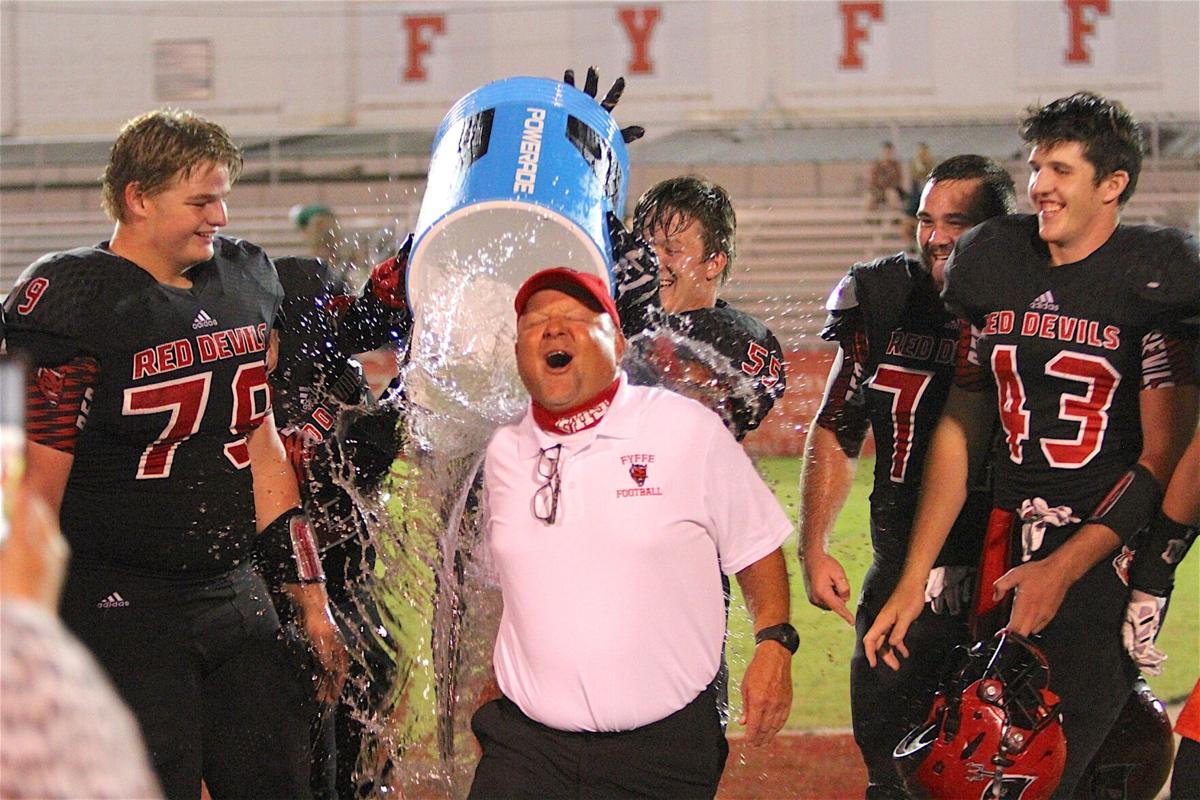 Pictured above, at left, Caleb Lyles (79) blocks for Ike Rowell (4) as he runs the ball for Fyffe. 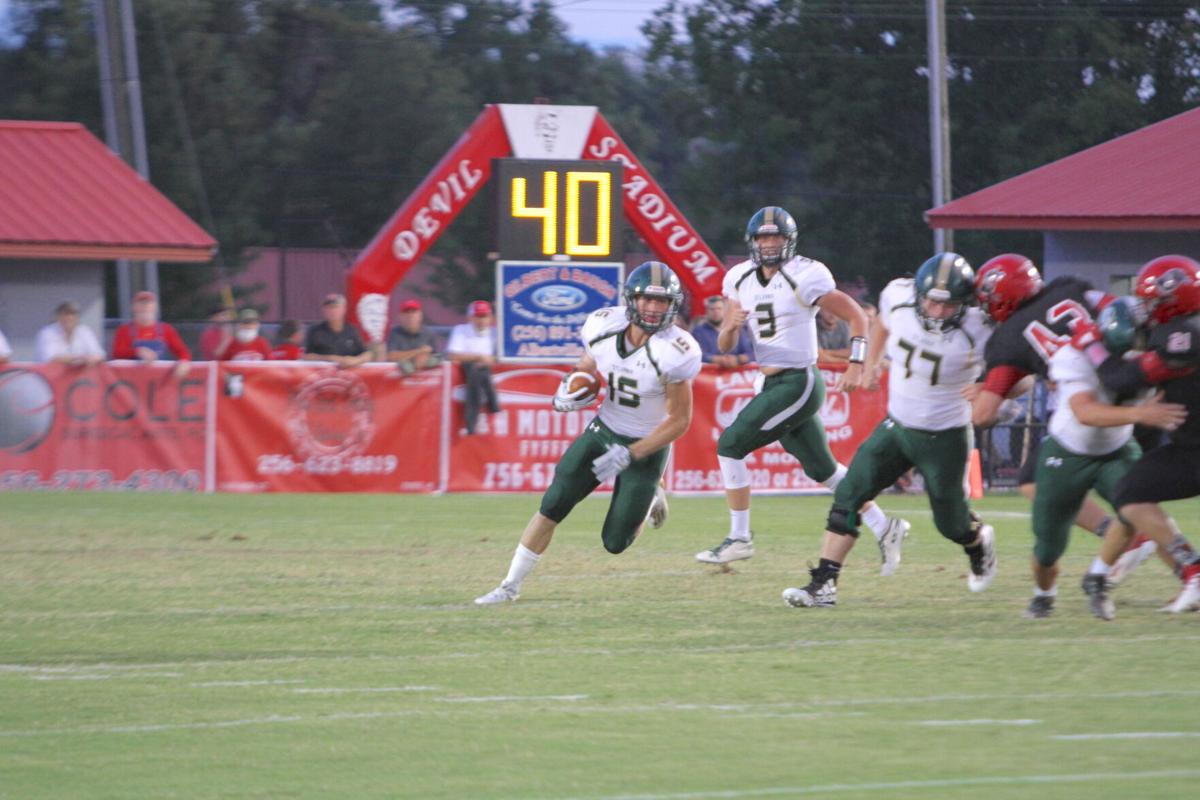 Pictured above, at left, Caleb Lyles (79) blocks for Ike Rowell (4) as he runs the ball for Fyffe.

The Red Devils rushed for 354 yards and held the Rams scoreless for three quarters of a Class 3A, Region 7 game.

Rowell finished with 164 yards rushing on 12 carries, Dukes had nine carries for 87 yards and Hicks ran four times for 51 yards.

Fyffe pulled ahead 14-0 in the first quarter with scoring runs by Dukes and Rowell, respectively. Rushing touchdowns by Rowell, Dukes and Hicks pushed Fyffe to a 35-0 halftime lead.

Gareth Anderson finished with 11 carries for 100 yards rushing for Sylvania. Braiden Thomas had 73 yards rushing on nine carries. Brody Smith was 6-of-10 passing for 47 yards.

Styles Hughes scored a 2-yard rushing touchdown for the Rams with 8:41 left in the fourth, Harris scored on a 5-yard run one minute later and Jackson Smith added an 8-yard TD run with 5 seconds left.