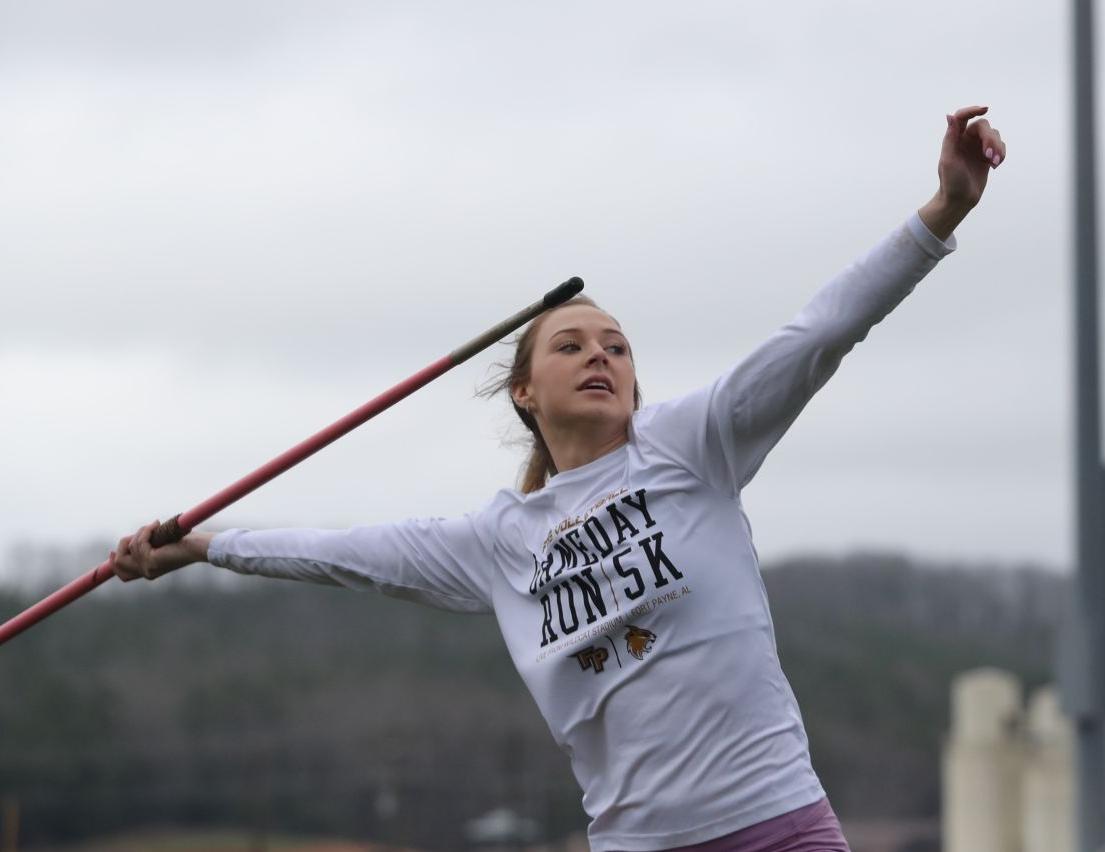 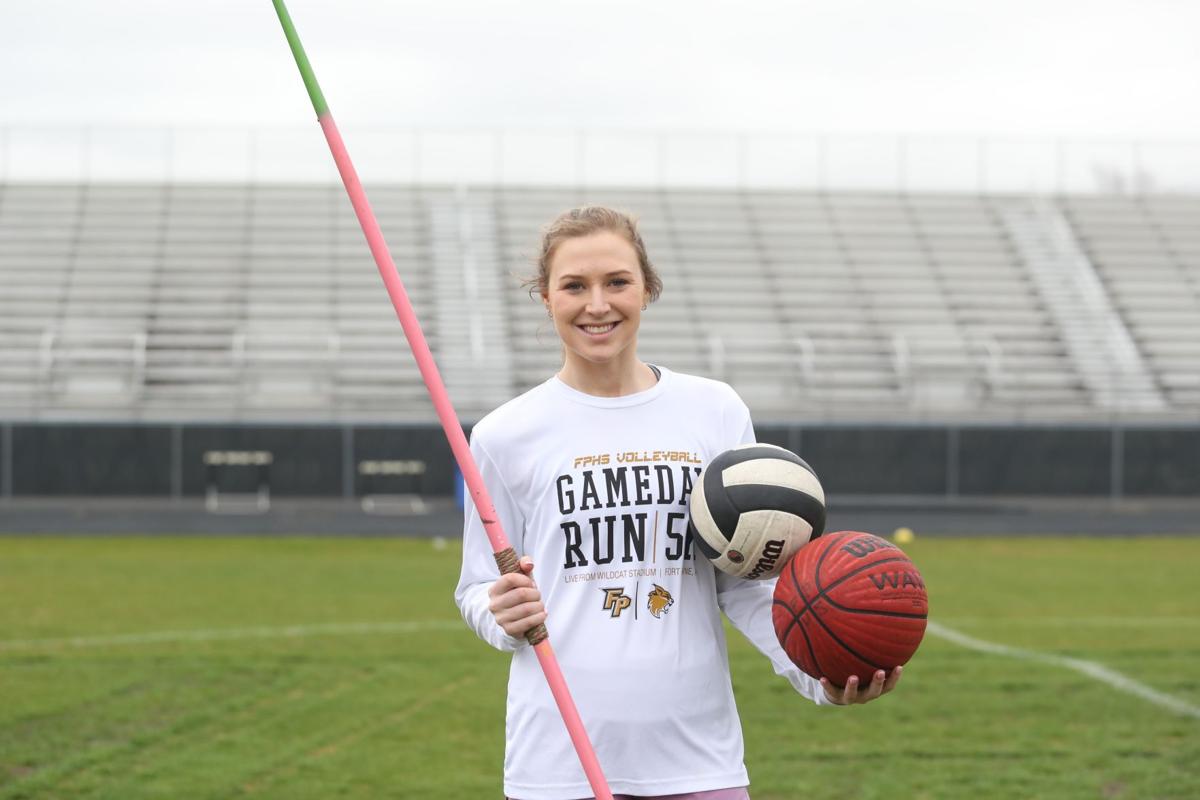 Fort Payne senior Isabelle Goggans is competing in track and field this spring. She played volleyball last fall and basketball this winter.

Fort Payne senior Isabelle Goggans is competing in track and field this spring. She played volleyball last fall and basketball this winter.

FORT PAYNE — Three-sport athletes can be hard to come by. Athletes who can juggle playing three sports and excel at all three are more rare.

Throwing the javelin for the Fort Payne track and field team this spring, senior Isabelle Goggans has developed into a strong performer in three different sports.

“I enjoy the different parts of each sport. Every season of the school year I have something different to do,” she said.

In the fall, Goggans had volleyball. She started playing the sport as a seventh-grader and provided a steady contribution around the net at 5-foot-10.

In the winter, Goggans played her favorite sport: basketball, which she picked up around age 6 and never stopped playing. She helped the Wildcats to an appearance in the AHSAA Class 6A Northeast Regional championship this season.

Goggans closed her basketball career at Fort Payne as a two-time all-area performer and a 2017-18 all-state honorable mention. She tallied 1,658 career points, 490 career rebounds and a 73 percent free-throw shooting average.

Beginning in the spring semester of her sophomore year, Goggans was approached by track and field assistant coach C.M. Sanford about throwing javelin for the team.

“(Sanford) said, ‘I think you’ll enjoy this.’ So I came out here and tried it and loved it,” she said.

What made Goggans such a good candidate to throw the javelin?

“Primarily it was her length. She’s tall, she has long arms and she’s athletic,” Sanford said. “We just felt like javelin was something she could do, and we’re always trying to get athletes out here.”

With track and field being an individualized sport, athletes can often feel additional pressure to perform. Goggans’ competitive nature made her a good fit for the sport.

As a junior, Goggans placed third in the javelin throw at the AHSAA state track and field championships, breaking Fort Payne’s school record in the process.

“She had some great competition at the state meet last year, so I think it got her adrenaline pumping a little bit and she was ready to go,” Wildcats coach Selena Penton said. “She had some really good performances throughout the season, but she was in tip-top shape whenever it came time for state.”

When it comes to throwing a javelin well, the key to success is more about technique, rather that raw strength, Goggans said.

“It took me some time to get the technique down,” she said, “but once I got the hang of it, it was on me to push myself to improve.”

Goggans described a typical week of training with the javelin. She said there’s a lot of focus on proper mechanics, including the motion of arms and resistance.

On days she throws, she remains cognizant of the number of times she throws. Over-throwing can create shoulder concerns, she said.

On days Goggans doesn’t throw, she works with resistance bands to help keep her rotation in check.

Fort Payne’s track and field team participates in several events, but has a limited number of coaches to help properly prepare athletes, especially athletes participating in field events; that’s where the weighty responsibility of self-preparation comes in.

“Kids need a lot of self-motivation,” Sanford said. “Track and field is kind of an individual sport. You keep a team score, but it’s not like somebody not blocking or not passing the ball. If you’re in an individual event, you don’t have anybody to blame but yourself.

Although she considers herself to have a good amount of self-motivation, Goggans has her challenging days just like everyone else.

“There have been plenty of times where I ask, ‘Why do I do this to myself?’” Goggans said. “But I tell myself that one day I’m not going to be able to do this anymore, so I want to make the most of it through high school.”

Goggans said she’s blessed with a great team of supporters, including parents, friends and coaches, who are always able to lift her spirits and keep her going when the doubts creep in.

“I’ve been blessed with good coaches who always push me. They know it’s hard for a kid to be doing so much,” she said.

Rain showers in the evening then thundershowers overnight. Low 68F. Winds SSE at 5 to 10 mph. Chance of rain 70%.