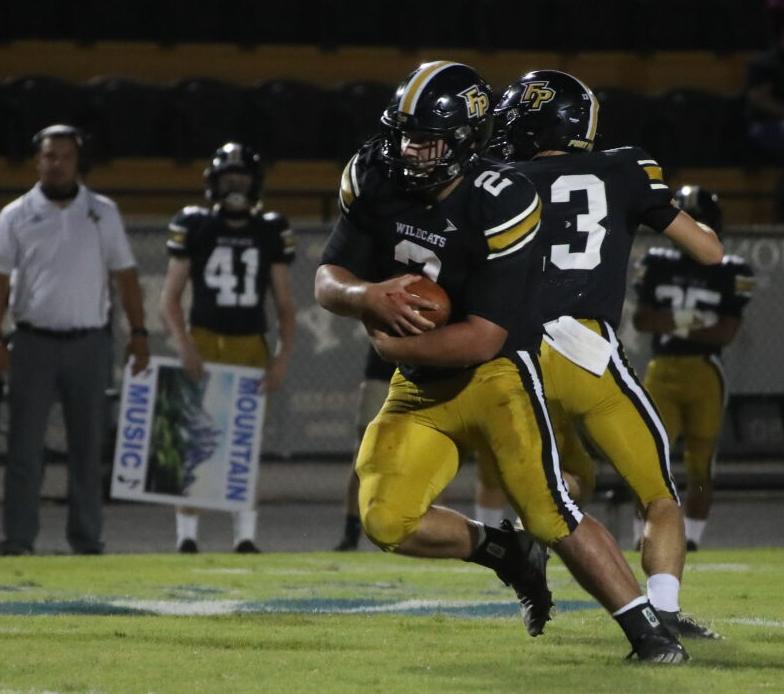 Fort Payne's Hunter Love (2) takes a handoff during a game against Springville on Friday night. 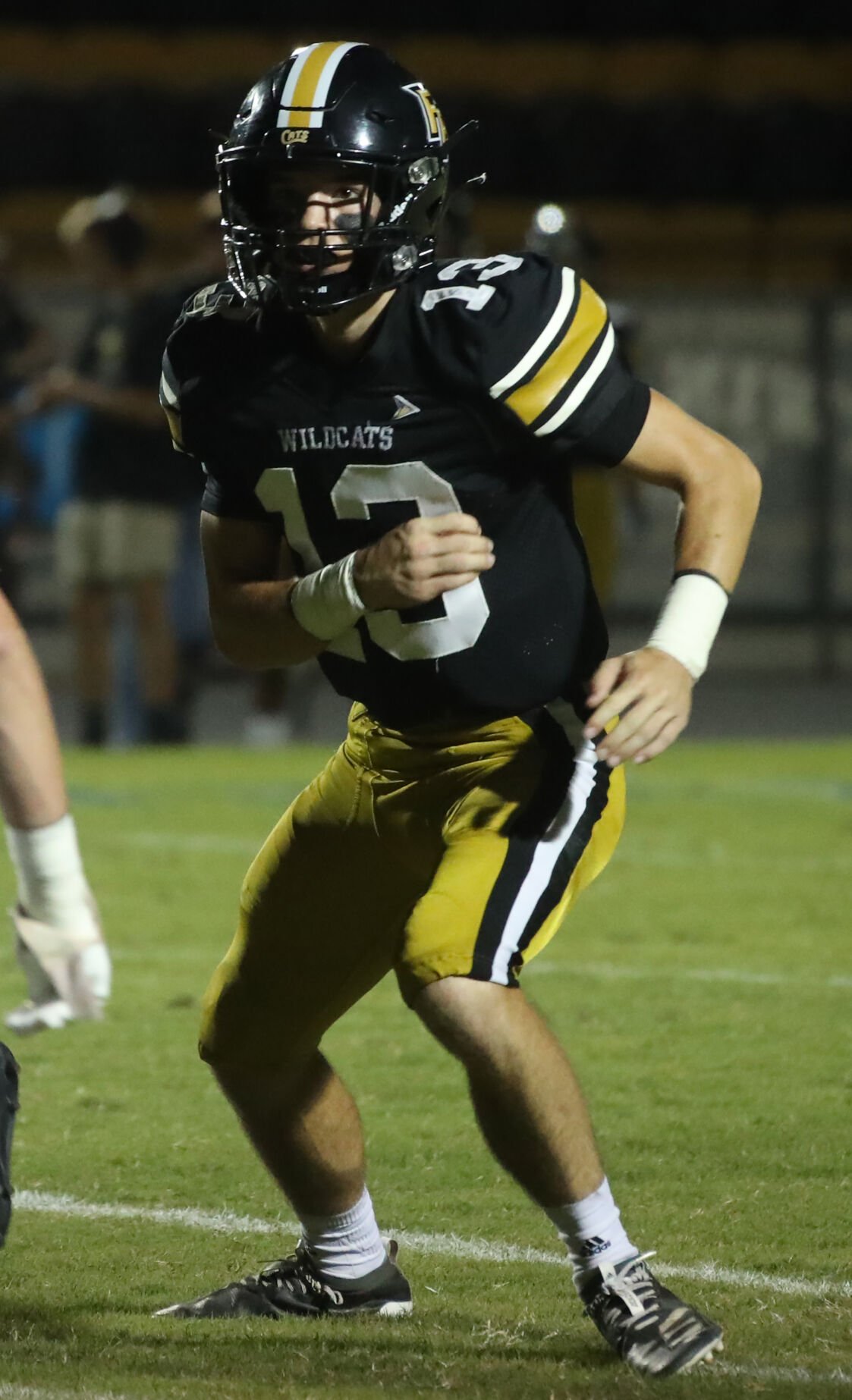 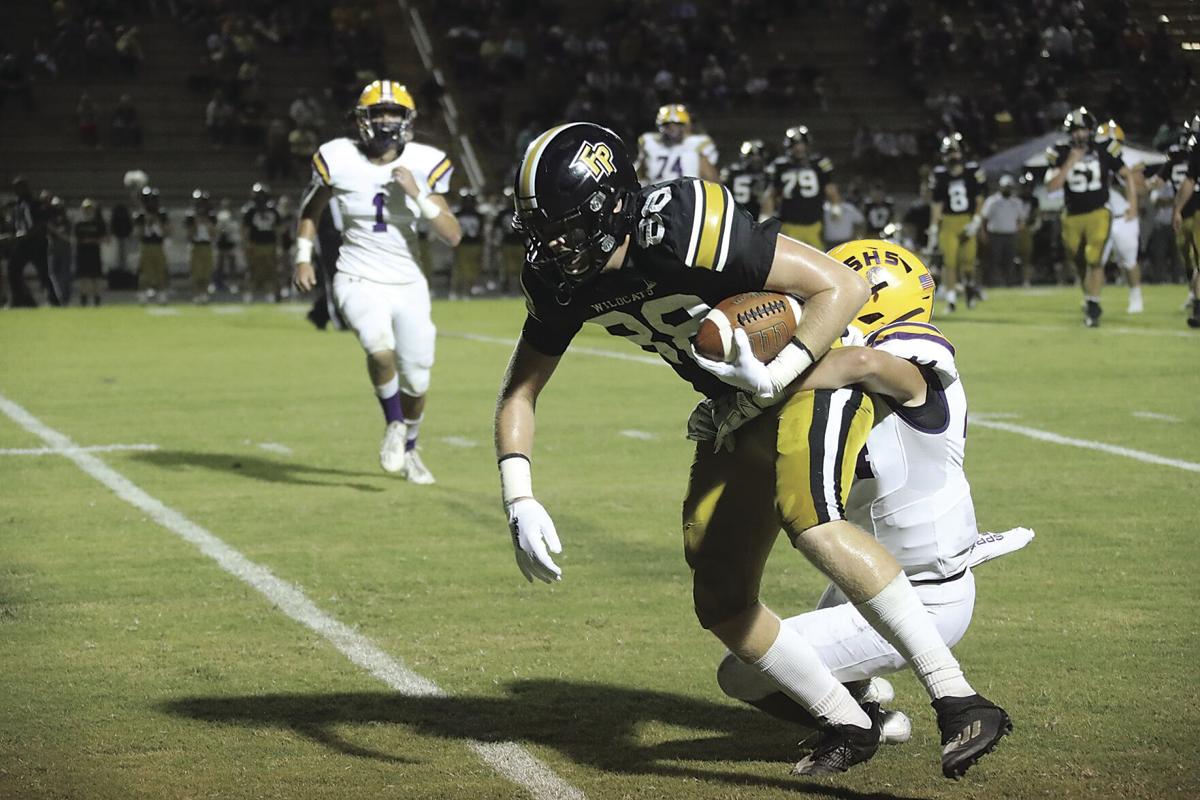 Fort Payne's Sawyer Burt (88) makes a catch along the sideline against Springville on Friday night.

Fort Payne's Hunter Love (2) takes a handoff during a game against Springville on Friday night.

Fort Payne's Sawyer Burt (88) makes a catch along the sideline against Springville on Friday night.

Love rushed for two TDs, had one receiving score and finished with 104 yards rushing. Sawyer Burt caught a scoring pass and had 66 yards receiving.

The Wildcats led 28-7 at halftime after scoring on their first two possessions of the night.

After starting with great field position following a turnover on downs, Blalock found a streaking Burt on the second play from scrimmage for a 38-yard touchdown with 9:17 left in the first quarter.

Pearson Baldwin hit Daniel Smith for a 19-yard pickup in a third-and-9 situation to keep a Tigers’ possession alive midway through the second quarter. Three plays later, Baldwin connected with Gage Frederick in the left corner of the end zone to narrow the gap to 14-7.

Blalock scrambled out of the pocket and received the necessary blocks to race free along the left sideline for a 74-yard score.

With 54 seconds left until the half, Blalock hit Love for a 30-yard catch-and-run touchdown.

Alex McPherson booted a 44-yard field goal through the uprights to extend Fort Payne’s advantage to 31-7 with 8 minutes remaining in the third.

Fort Payne’s defense brought heavy pressure against the Tigers’ backfield throughout the game.

The Tigers were forced to punt their first couple of possessions of the second half. The second punt and a swift return allowed Fort Payne’s offense to set up on Springville’s 25-yard line.

The Wildcats made quick work of the field position, as Love punctuated the short drive with a 1-yard scoring dive with 10:04 left to play, making it 38-7.

Fort Payne has a bye week before hosting Etowah in a non-region contest Sept. 25.

Overcast with rain showers at times. Low near 65F. Winds light and variable. Chance of rain 40%.

Cloudy skies during the morning hours followed by scattered showers and thunderstorms in the afternoon. High 79F. Winds SW at 10 to 15 mph. Chance of rain 50%.

Overcast with rain showers at times. Low near 65F. Winds light and variable. Chance of rain 40%.