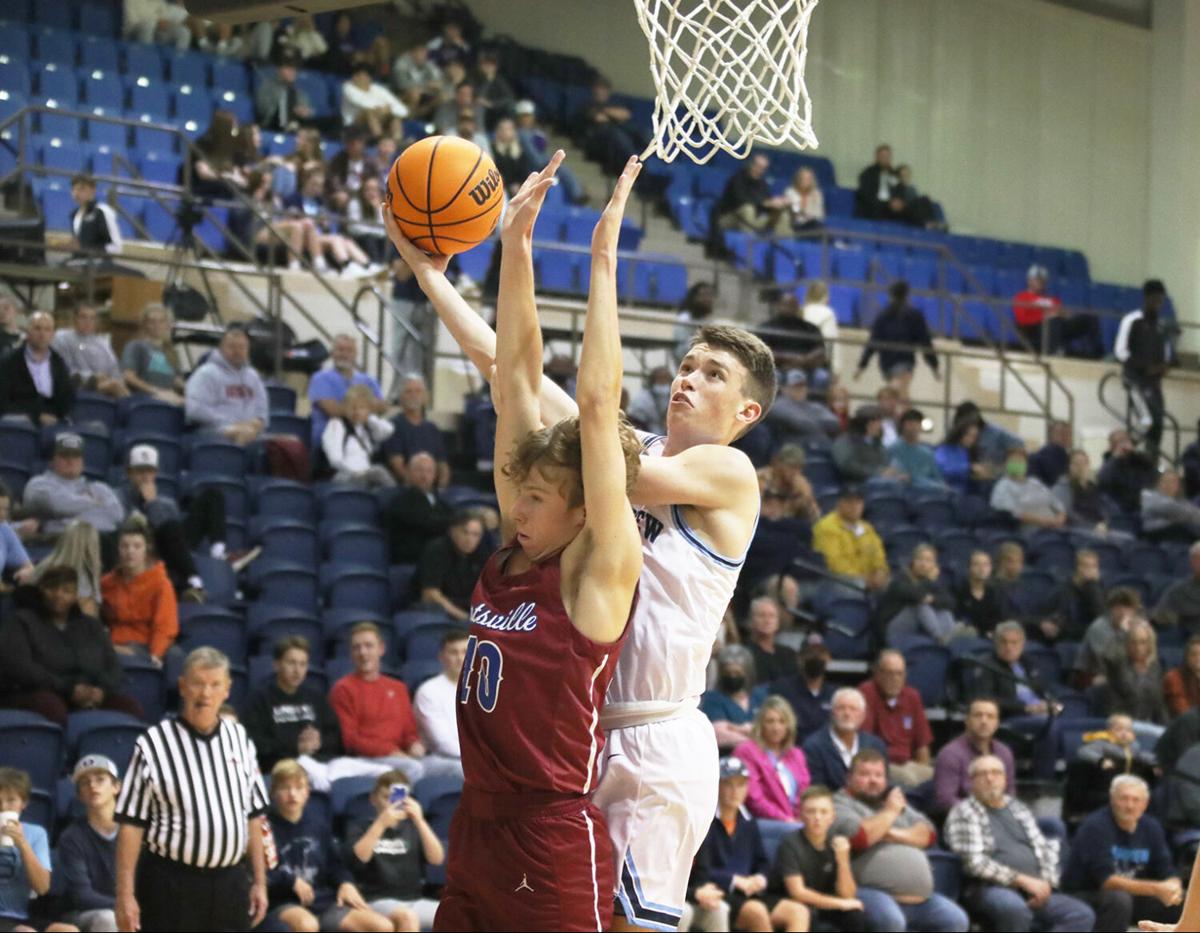 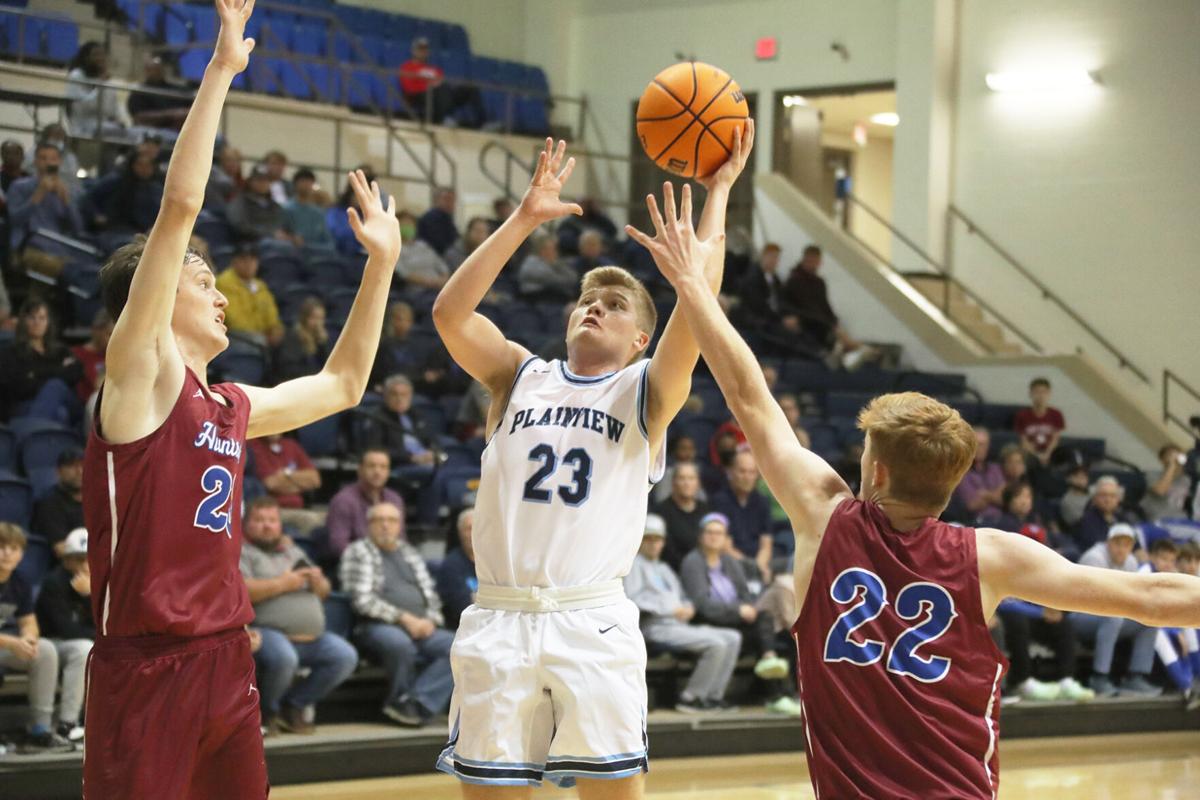 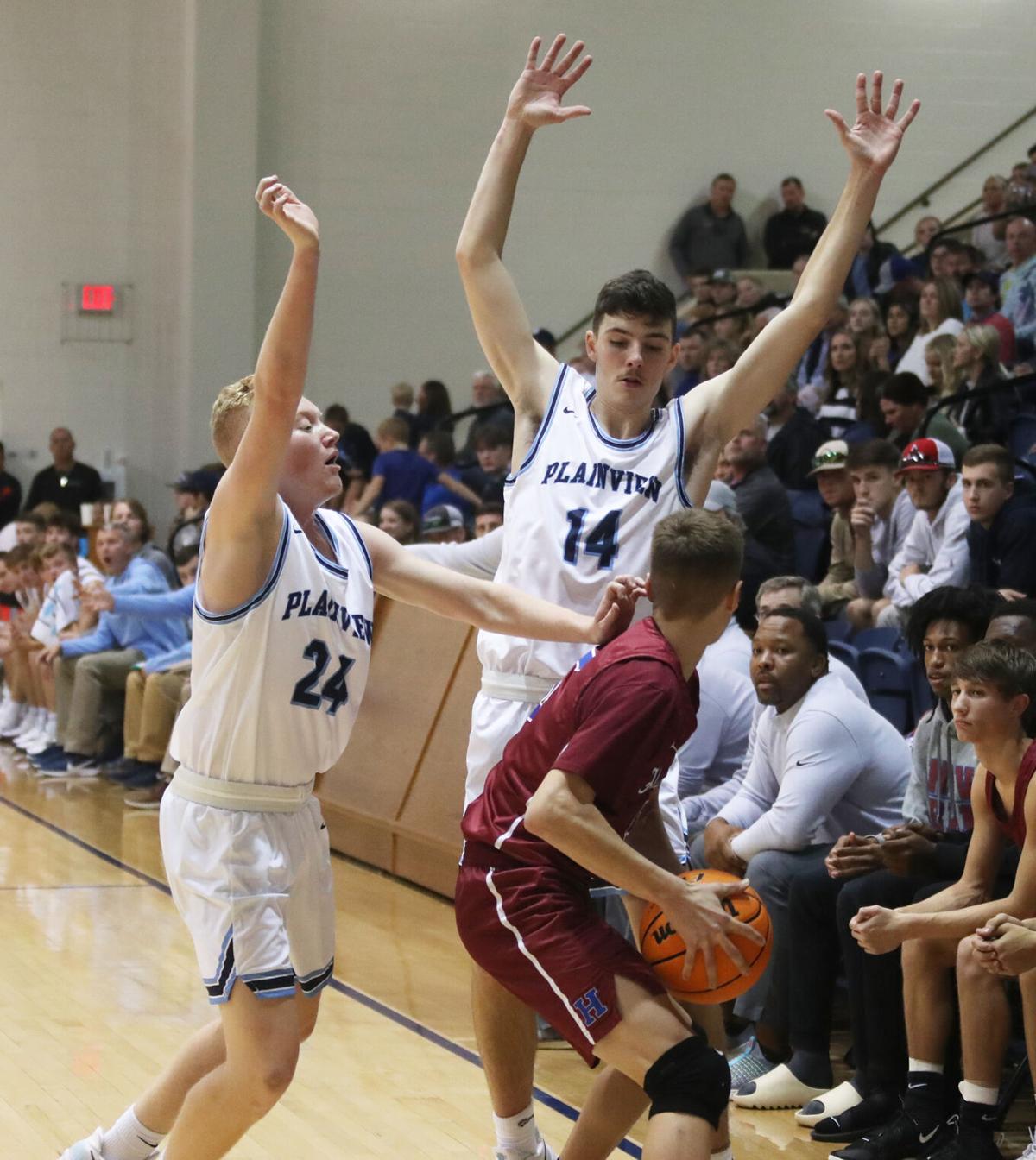 Cole Millican led all Plainview boys with 18 points, Dylan Haymon scored 12 points with five rebounds and Jonah Williams chipped in 12 points in a 64-56 victory against the Class 7A Huntsville Panthers in Rainsville on Tuesday night.

A 5-2 run fueled by good ball movement, 3-point shots and layups allowed the Bears (1-0) to break a 30-all tie and hold a nine-point advantage heading into the fourth quarter, where they continued working the ball around to open teammates and finding high-percentage scoring opportunities to add to the cushion in their season opener at DeKalb County Schools Coliseum.

“I thought our guys did a great job of handling the (halftime) break,” Plainview head coach Robi Coker said. “We came out of the half and got some easy baskets.

“This team is skilled and sometimes we rely on it too much, we take hard shots. But I thought we shared the ball, we created some easy looks with our pressure, and of course, Cole is really good around the rim and got going. The team just fed off of it.

“It was fun to watch. We made some mistakes and hopefully we learn from them as well.”

Ballooning the lead to 17 when Owen Wilborn made a 3 at the midday portion of the final period provided a wide-enough margin for the Bears to stave off Huntsville’s late rally.

A pair of layups by Millican gave Plainview a strong second-half start, pushing a 26-22 halftime lead to 30-22 with 7:15 to play in the third quarter.

Deondre Chunn made a 3-point basket with 4 minutes left to tie things at 30, before Plainview went on a 5-2 run.

Ben Chandler sank a 3-pointer and scored a fast-break layup, ahead of Haymon adding a driving layup on the right side to push the Bears into a 37-30 lead with 2 minutes remaining. Williams hit back-to-back 3s to close the period.

Millican scored on a spinning layup and tossed an outlet pass to Haymon for a layup to give Plainview a 47-34 advantage at the 7:15 mark of the fourth.

“Early in the fourth I thought we did a good job of catching (Huntsville) in advantageous situations,” Coker said. “I wish we would’ve finished better, just didn’t finish the game the way we need to finish if we’re going to be a championship-caliber team.”

Massiah Morris made a fadeaway 3-pointer to bring Huntsville within 60-48 with 1:07 to play, and a 4-1 spurt that included a Caleb Harrison score in the paint allowed the Panthers to trim the deficit to six with 10.3 left.

But Williams scored a pair of free throws with 5.5 to go to eliminate the threat.

With Plainview introducing players to new roles, Coker said he’s excited to see the development here in the early stages.

“We’re playing Bryce Luther — a 5-foot-10 two-guard at the five —because he’s a senior who is tough and understands what we’re trying to accomplish,” the coach said. “Landon White was a bright spot, Ty Griggs, Owen Wilborn. Owen Wilborn made a huge basket in the fourth quarter that put us up 17.

“We want to play 10. We want to play as many as we can. We don’t want this group to get maxed out in November, we want to be getting better every day and see how good this group can become by the time the postseason starts.”