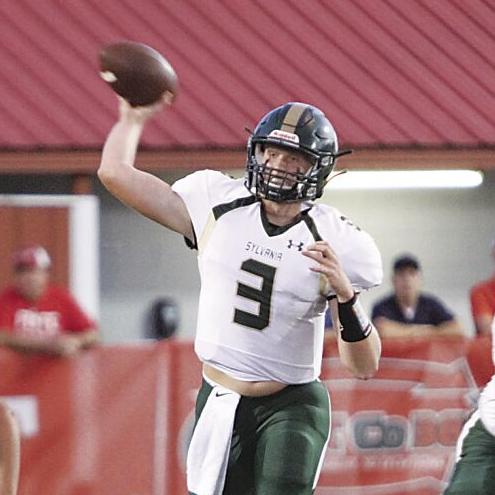 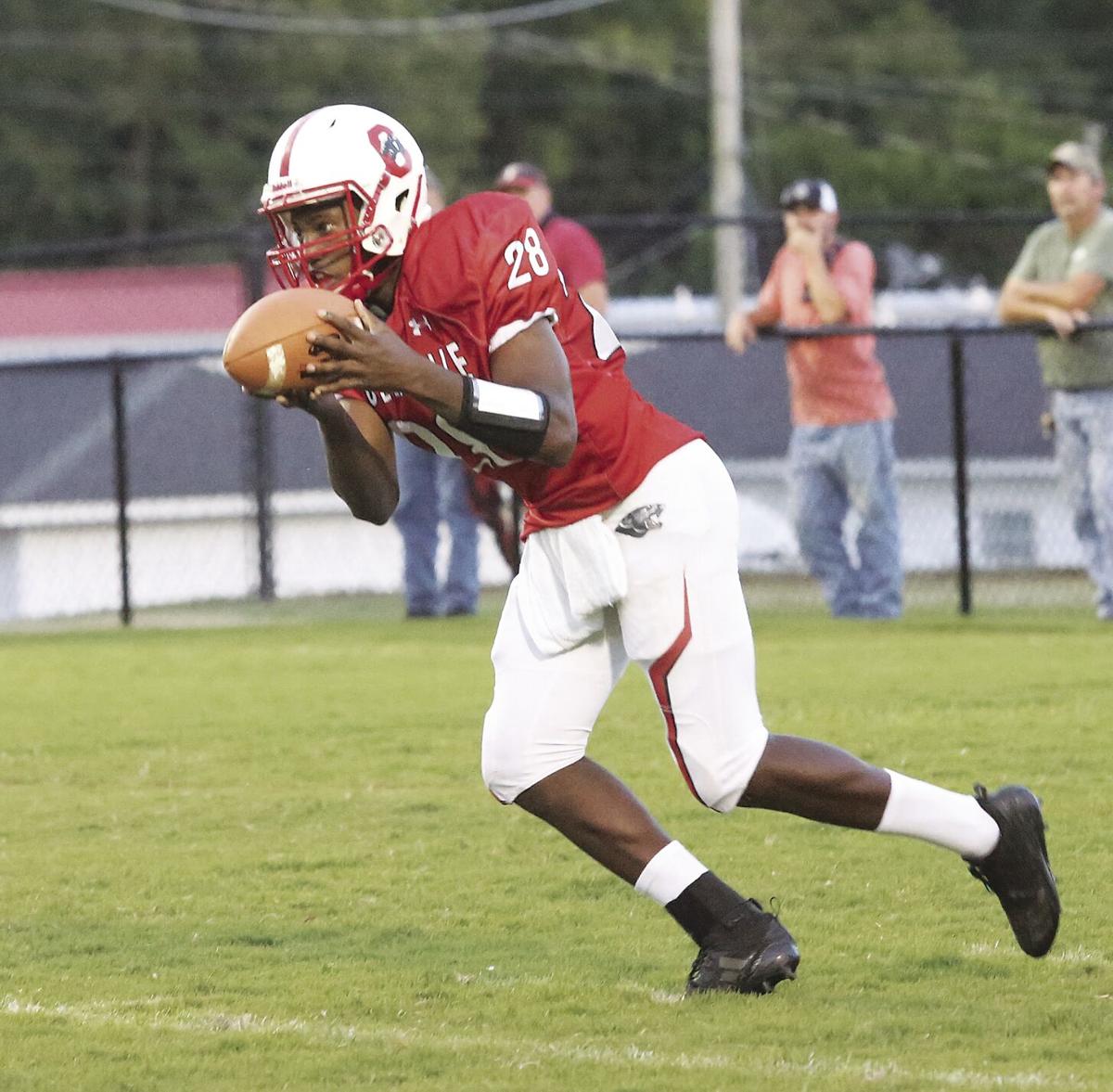 Collinsville's Malachi Orr handles a kickoff during a game against Fyffe.

Collinsville's Malachi Orr handles a kickoff during a game against Fyffe.

FORT PAYNE — After 29 years, it’s time for Sylvania and Collinsville to dust off their series and revive it with a new generation of players.

The Panthers host the Rams for a Class 3A, Region 7 contest at Chad Hawkins Stadium at 7 p.m. Friday.

The AHSAA’s offseason reclassification advanced Collinsville (3-1, 1-1 Region 7) from 2A to 3A and into Region 7 with Sylvania (2-2, 1-1), reigniting the series with the Rams since the previous meeting in September 1991, when Sylvania won 15-12. The Rams improved their series lead to 20-17, all according to the Alabama High School Football Historical Society’s website.

“It’s always great to play other DeKalb County schools, especially as a region opponent,” said Panthers first-year coach Daniel Garrett. “It is fun for the fans and the players to play people they know. Going 3A was a step up to test our program and playing teams like Sylvania is also a great challenge and opportunity for our program.”

Collinsville gained a win by forfeit last week after its scheduled region game against the Brindlee Mountain Lions was canceled due to COVID-19 concerns from Brindlee Mountain’s side. It was the second straight game the Lions were forced to forfeit after having canceled the previous week’s game against Sylvania.

The Panthers last played Sept. 4 in a home game against region rival Fyffe. They were held to 65 yards of offense and three first downs — one from a pass, one from a run and another from a penalty — in a 54-0 loss.

“We have to score more points but we are growing up as we go,” Garrett said. “We have a lot of younger guys that are in key spots that are figuring things out and getting better weekly. We are very close to having everything click, I feel. We are doing some good things we just need to stay on schedule more and cut out the negative plays from penalties and such.”

Garrett said quarterback Keaton DeBoard is the starting point to Collinsville staying on schedule and is “happy with Keaton’s progress to this point.”

Collinsville will be looking to correct its defense and return it to what Garrett feels is the team’s strength.

The Panthers are preparing for Sylvania’s physical offensive line and quarterback Brody Smith. Garrett said his defense must stay disciplined.

“Each player has a gap to play, guy or area to cover, and if they all do their job, we will be fine,” Garrett said.

As Collinsville looks to return to action with a win, so do the Rams, who were held scoreless until the fourth quarter in last week’s 49-20 loss against Fyffe. Styles Hughes scored Sylvania’s first points on a 2-yard run with 8:41 remaining in regulation. Brayden Harris added a 5-yard scoring run a minute later and Jackson Smith rushed for an 8-yard touchdown with 5 seconds remaining.

Gareth Anderson paced the Rams’ run game with 11 carries for 100 yards, adding one reception for 20 yards. Braiden Thomas finished with 73 yards on nine carries and Brody Smith completed 6 of 10 passes for 47 yards.

Sylvania coach Matt Putnam believes the renewed series with Collinsville will bring a necessary challenge to help with the continual development of the program.

“Iron sharpens iron. We need to be challenged for growth,” he said.

Putnam said he expects the Rams’ defensive line to be challenged with Collinsville’s run game this week.

“We have to be physical up front, execute our assignments and tackle better than we did last week,” he said.

The coach said he likes the effort and intensity with which Sylvania’s offensive line has performed in its previous games, adding that blocks will need to be maintained for longer to allow ball carriers to pick up tough yards against a Collinsville defense that brings heavy pressure to the line of scrimmage.