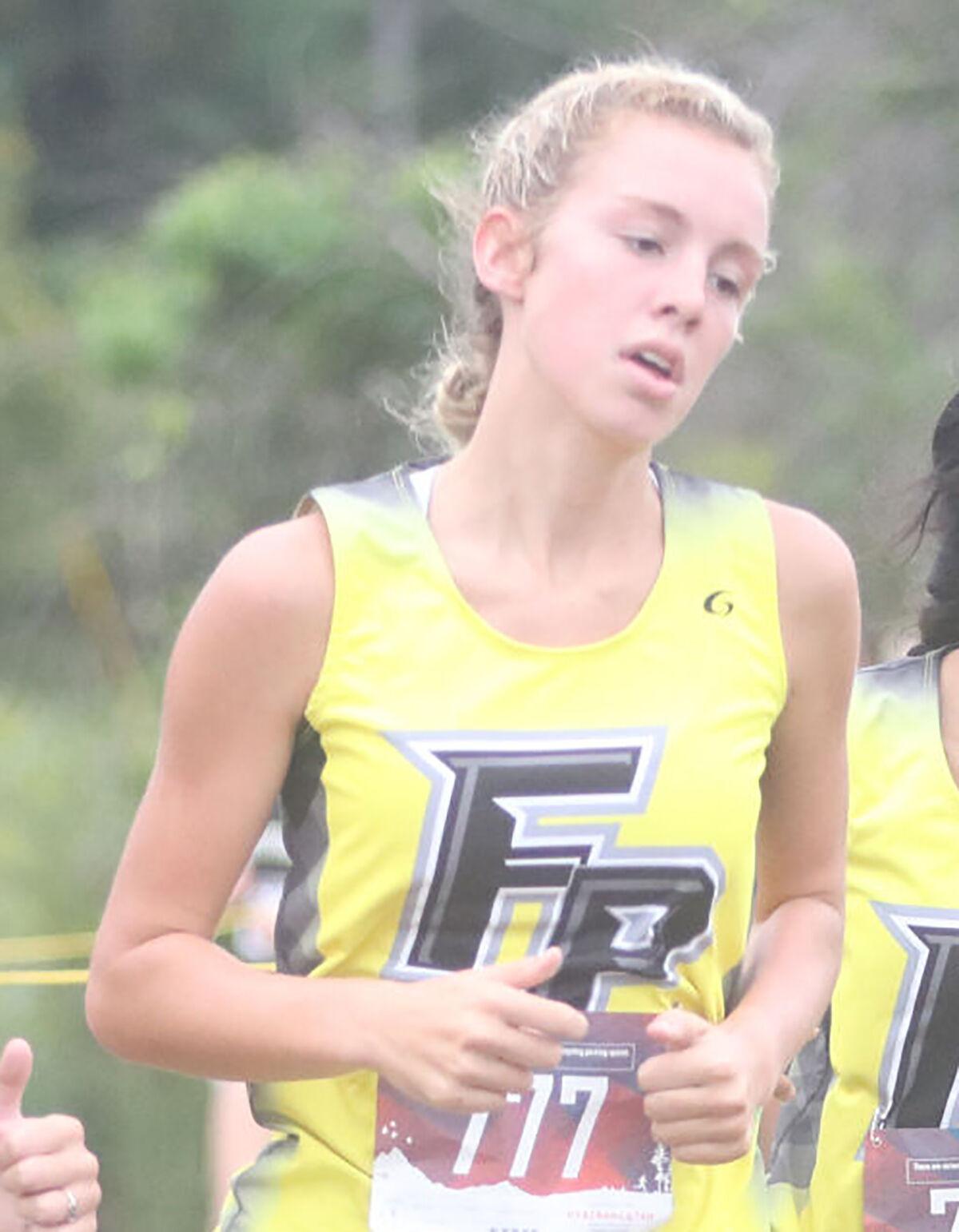 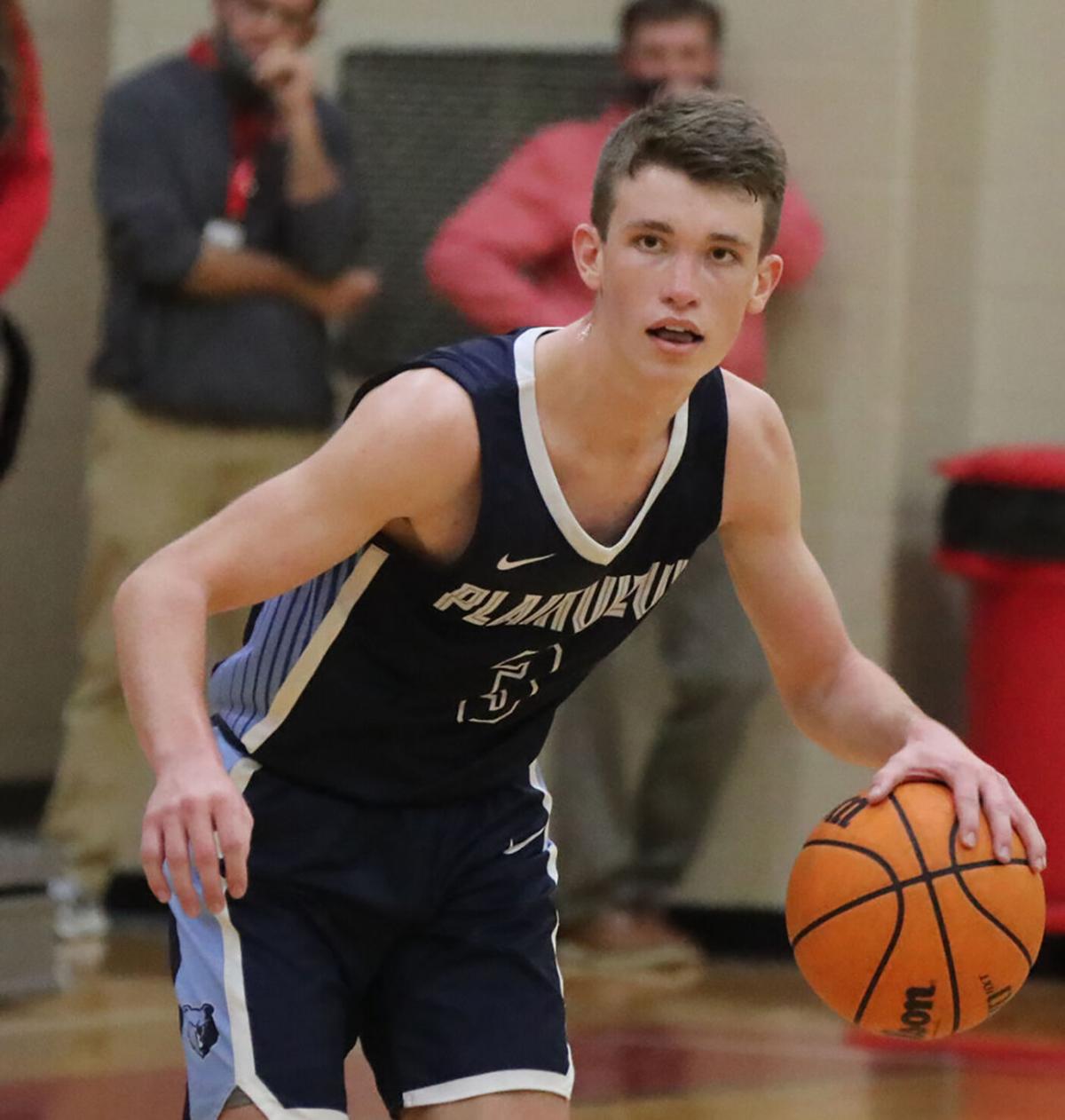 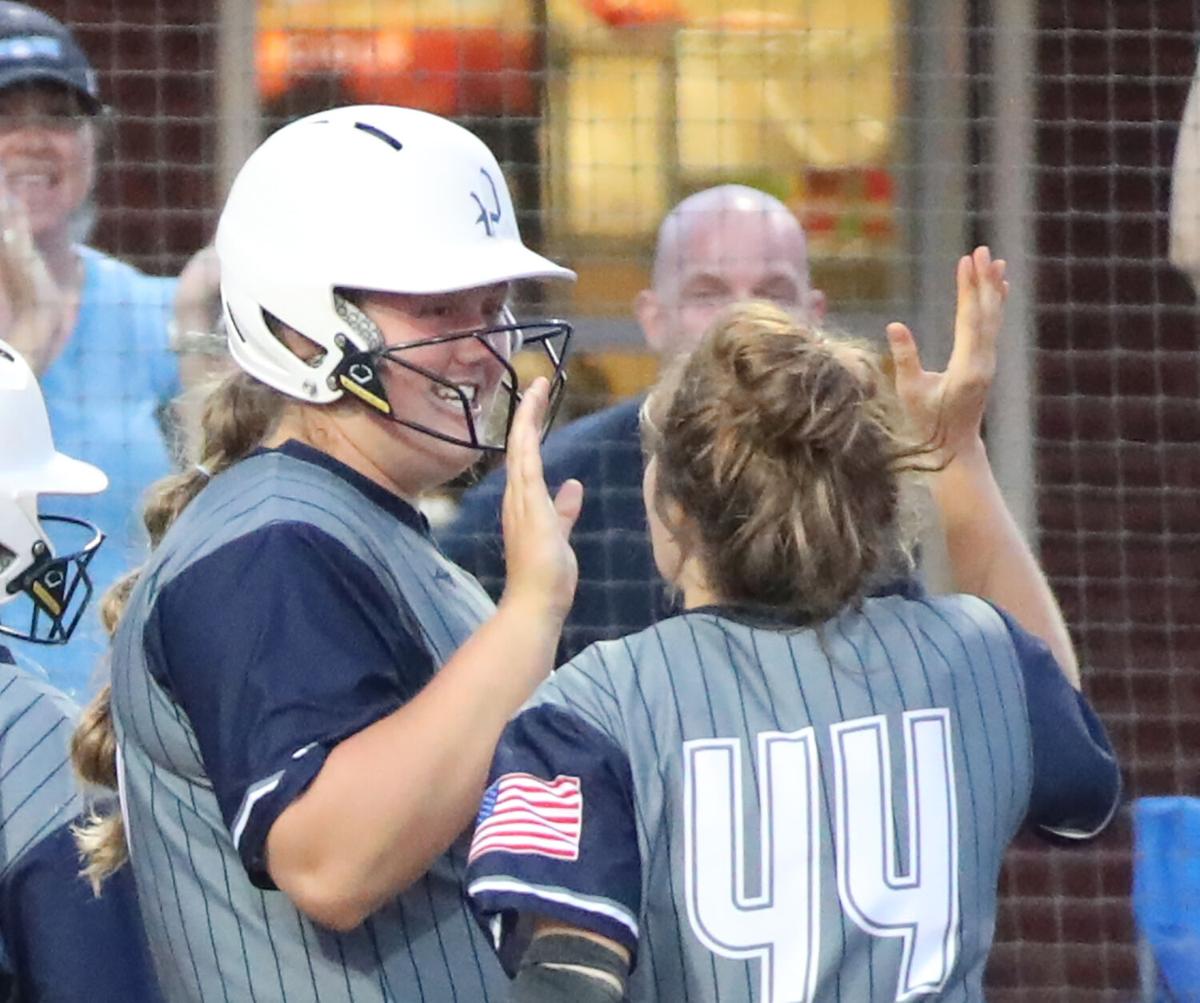 Plainview's Tessa Word, left, high-fives teammate Mia Tidmore before Word's at-bat during the AHSAA Class 3A state championship series in Oxford in May.

Plainview's Tessa Word, left, high-fives teammate Mia Tidmore before Word's at-bat during the AHSAA Class 3A state championship series in Oxford in May.

Some DeKalb County student-athletes will be in action this week, participating in the annual AHSAA All-Star Week in Montgomery.

For Jackson, who has been training with her cross country team for up to three times a week this summer, competed in the Rainsville Freedom Run last month. She’s done some light running on her own this offseason, in addition to the tougher practices with her teammates at Fort Payne High School.

Jackson will be the first cross country all-star competitor to represent Fort Payne since Maggie Crow in 2019.

“I looked up to (Crow) so much and I’m just glad that I get to follow in her footsteps,” Jackson said.

Dismuke, who has been playing volleyball since sixth grade, has been practicing with her Geraldine teammates three days a week this summer. Dismuke’s preparation time has included joining her teammates in play dates with other area teams, as well as having some skill development clinic participation peppered in.

“It’s definitely an honor,” Dismuke said of being an all-star selection. “Not everybody gets to play in a game or even get picked to play, so it’s awesome. I’m really excited.”

Since beginning her volleyball career, Dismuke has always looked forward to the next competition, whenever it comes.

“It’s always been fun and I’ve always been excited for the next season,” she said. “I just want to keep playing and enjoy it.”

All-star competition in eight sports will be held this week. The North-South girls’ and boys’ basketball all-star games were Tuesday at the Cramton Bowl MultiPlex.

The Times-Journal went to press before the finale of Tuesday’s events. See a recap of the week’s all-star results in Saturday’s edition.

The 25th annual North-South volleyball best 2-of-3 match closes out the all-star competition at the Cramton Bowl MultiPlex Thursday at 4 p.m.

The North boys, coached by Chris Randall of White Plains, were paced by the duo of Braylin Hathorn of Pell City and Chandler Voss of Hartselle. The North team earned “Most Points Scored” honors for the boys with a 5-1 win against the South team of Will Howard of UMS-Wright and Jackson Rice of Dadeville. The South’s “Most Points Scored” leaders were Stephen Baker of St. Paul’s Episcopal and Cole Komyati of Bayside Academy. The pair lost 4-3 to the North team of Guntersville’s John Bruce and John LeFeve.

Most of the golfers played six holes but some finished just five before the round was called due to the heavy rain. The North boys now hold a 2-0 lead in its series with the South, which was first played in 2019. The 2020 All-Star Sports Week was canceled due to the COVID-19 pandemic last summer.

On the girls’ side, the South all-stars defeated the North 19.5-16.5 in the golf competition.

The North-South All-Star football game, which was first held in 1948 as a highlight of the then annual AHSAA Coaching Clinic, will not be part of All-Star Sports Week for the first time in its 61-year history. The squads met last December at the University of South Alabama in Mobile with the South winning a 22-19 thriller to increase its lead to 31-27-2 in the series. Moving forward, the game will continue to be held at Mobile in December.

Most of the all-star competitions will be live-streamed by the NFHS Network with Central-Phenix City High School’s NFHS Network School Broadcast Program producing the contests, according to a statement from the AHSAA. Tim Loreman is the executive producer and Central students will handle the technical production along with other NFHS Network contributors. Handling the play-by-play for softball and volleyball all-star games will be long-time Montgomery radio personality and local sports talk show host Graham Dunn, the statement said. Mountain Brook boys’ soccer coach Joe Webb, who will be recognized as the Class 6A Making a Difference Award recipient for 2021 at the Summer Conference-closing Coaches’ Championship banquet Friday night, will also be behind the mike handling play-by-play for the North-South soccer matches.

The AHSAA TV Network (WOTM TV) will also broadcast many of the all-star events either live or delayed each day with cross country, tennis and golf highlights planned to be shown on a delayed basis. Go to www.nfhsnetwork.com for information on how to subscribe to the NFHS Network.