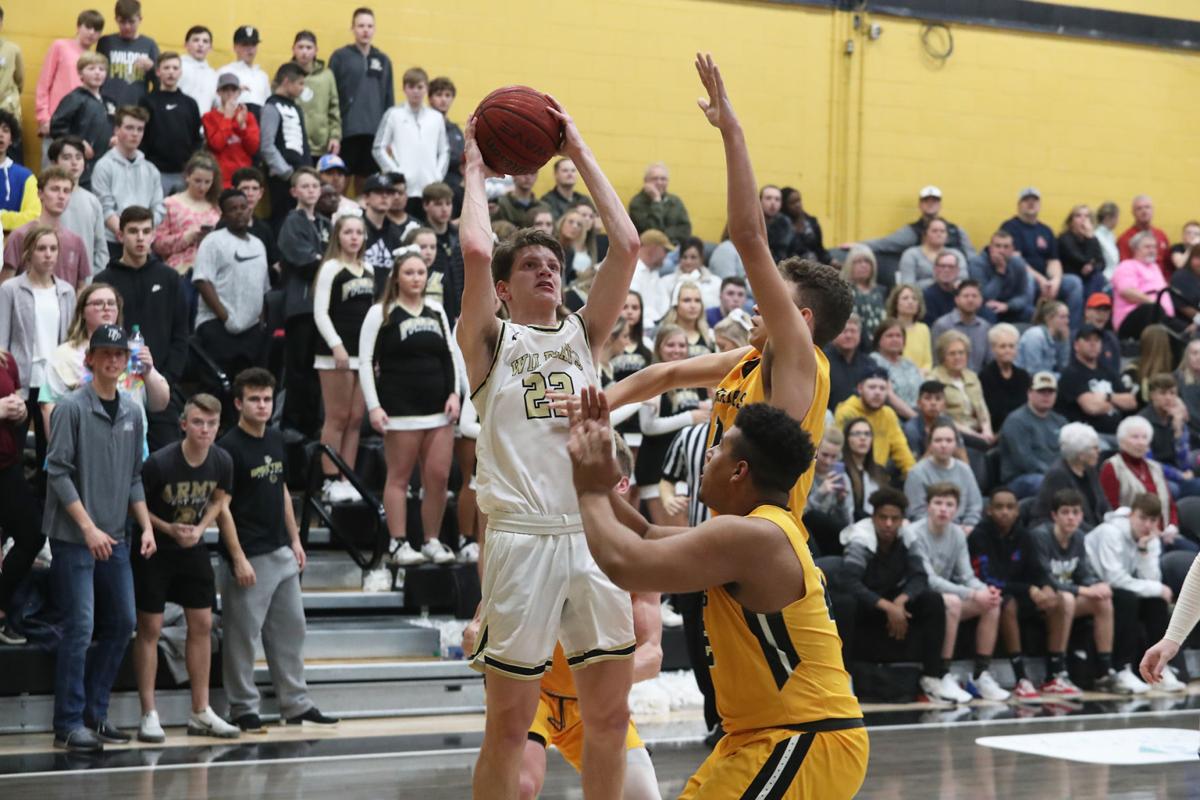 Fort Payne's Lane White (22) attempts a shot against Cherokee County during the second half in Fort Payne on Friday night. 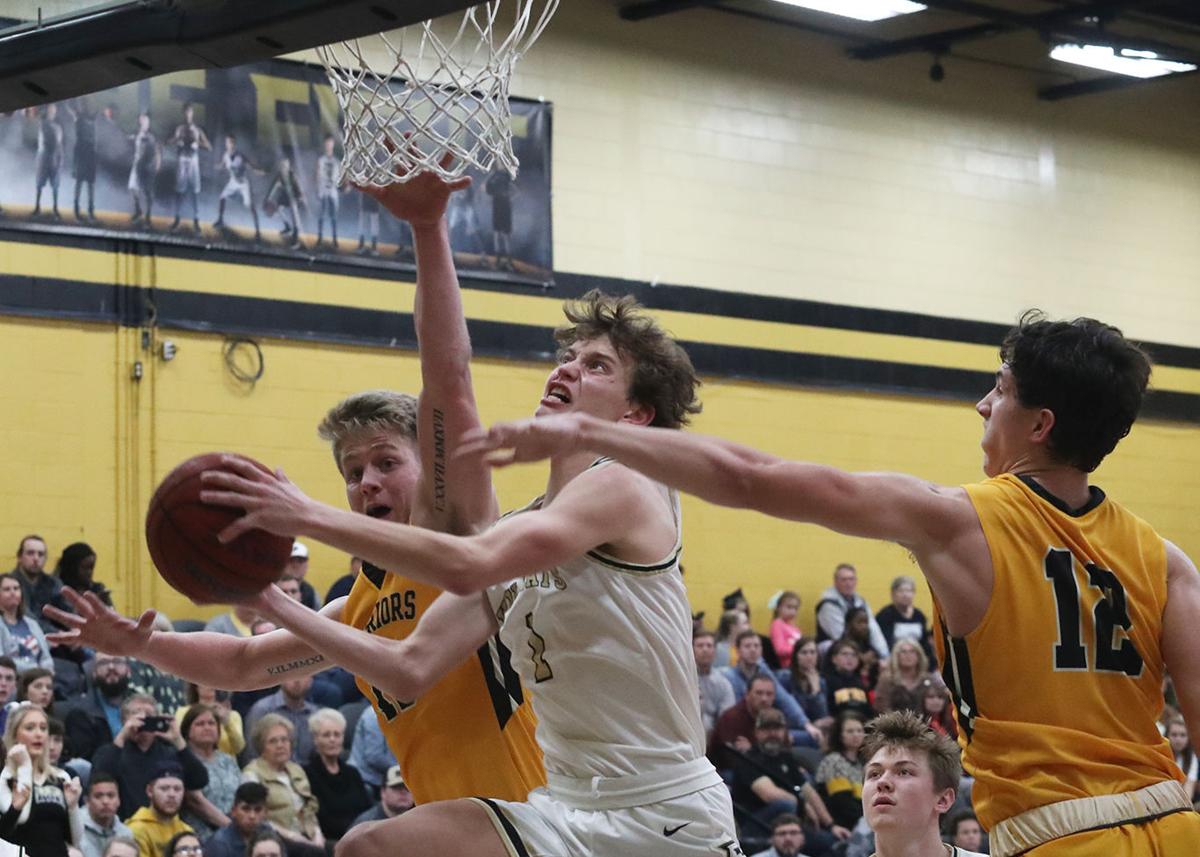 Fort Payne's Lane White (22) attempts a shot against Cherokee County during the second half in Fort Payne on Friday night.

FORT PAYNE — The Cherokee County boys basketball team owned the first half, but Fort Payne owned the second half.

What started with a key defensive stretch created high-percentage shot opportunities for the Wildcats, as they used a third-quarter run to take the lead and pull away for a 90-71 victory on senior night Friday.

Lane White rocked Fort Payne’s gym with three fourth-quarter dunks and finished with a game-high 29 points. He made four 3-point baskets and scored 18 points in the second half.

“He was just getting higher and higher with each dunk,” Banks said of White. “I’m so happy for him. Aside from his given ability, Lane worked really hard in the weight room this summer to help his hops.”

The Wildcats closed their regular season at 10-16.

Fort Payne trailed 43-38 at halftime, but used a 6-0 run at the start of the third to lead 52-43. Micah Simpson hit a 3-pointer, Hendricks found White for a 3-pointer and White had three put-back scores during the run.

“I told (the team) that we had gotten (Cherokee’s) best shot in the first half,” Banks said. “Things were setting up well for us in the third.”

The Wildcats outscored Cherokee 31-14 in the third. Simpson stole the ball and passed ahead to Hightower for a layup, before Hightower assisted Richey with a 3-point buzzer-beater to end the period with Fort Payne leading 69-57.

Hendricks hit Richey for a 3-pointer to extend the Wildcats’ advantage to 72-57. White had a steal and turned it into a dunk at 74-57.

“We’re a team of momentum, so when one guy gets hot, everyone else follows suit,” Banks said.

Cherokee moved the ball around and created space for cutting drives to the basket in the first half. When the Warriors weren’t scoring layups in their half-court offensive sets, they were scoring transition baskets.

Elrod drove in for a layup to give the Warriors a 17-9 lead with 3:23 left in the opening period. Alexander added a layup, before Diamond scored under the basket and completed a three-point play with a free throw to make it 22-11 with 1:28 left.

“We had an adjustment phase where it made it tough for us to consistently get stops on defense,” Banks said.

The Warriors extended their lead to 28-14 before Fort Payne responded in the second quarter. Hightower handed the ball off to White for a 3-pointer with 6:07 left in the first half to end the scoring drought.

Hightower made a pair of layups, Richey added a 3-pointer and Hendricks had a follow-up basket to cut the deficit to five points by halftime.

Fort Payne begins play in the semifinal round of the Class 6A, Area 13 tournament on Tuesday. The Wildcats are the No. 3 seed and they play No. 2 Albertville at 6 p.m. at Oxford High School.

Scattered thunderstorms this morning, then mainly cloudy during the afternoon with thunderstorms likely. High 82F. Winds WSW at 5 to 10 mph. Chance of rain 80%.

A few clouds. Low around 70F. Winds light and variable.