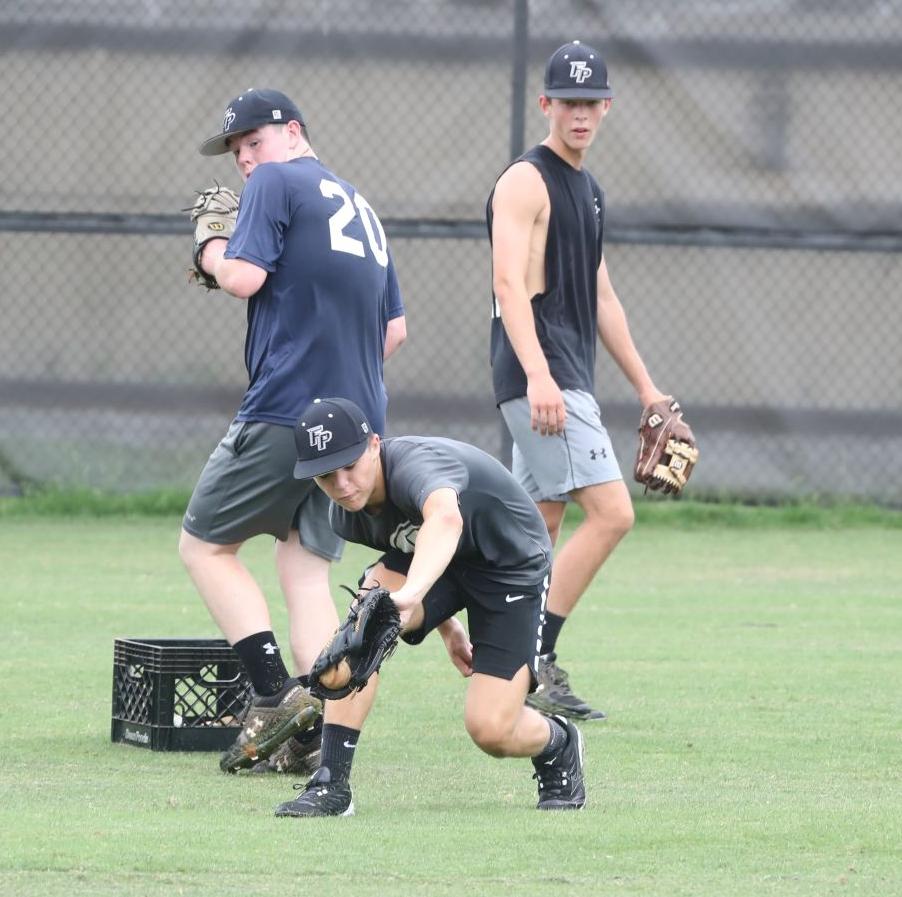 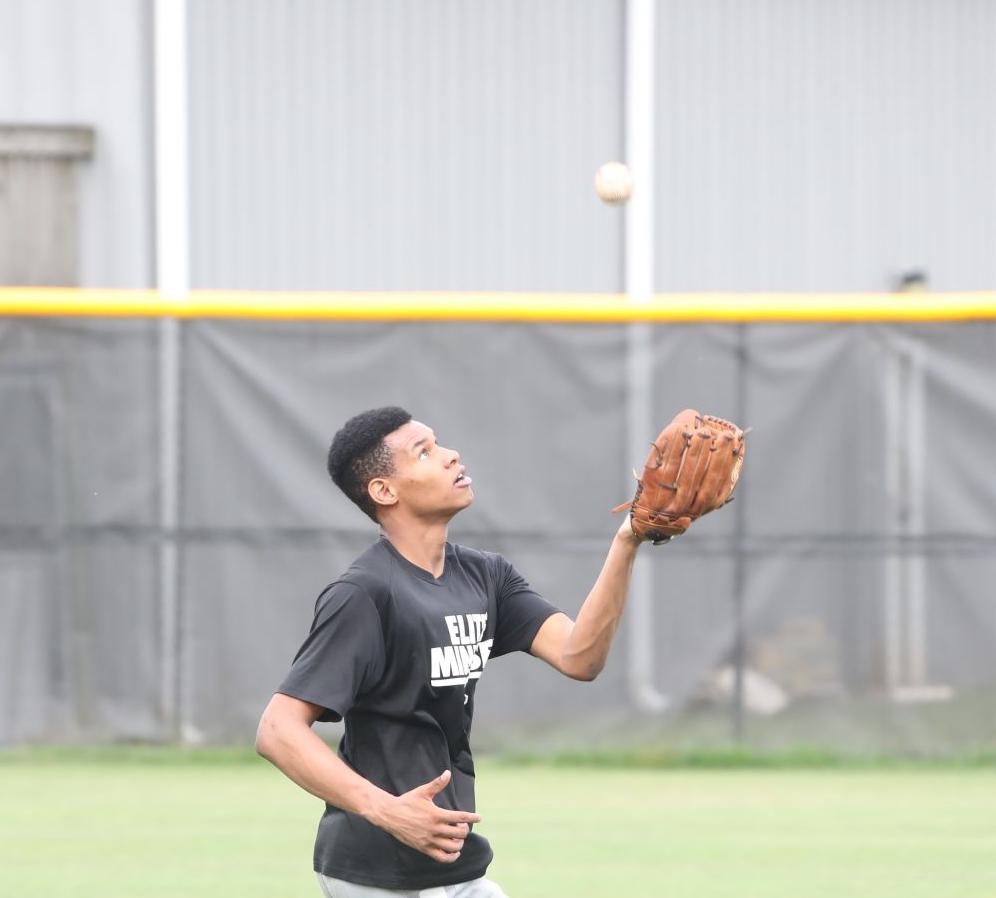 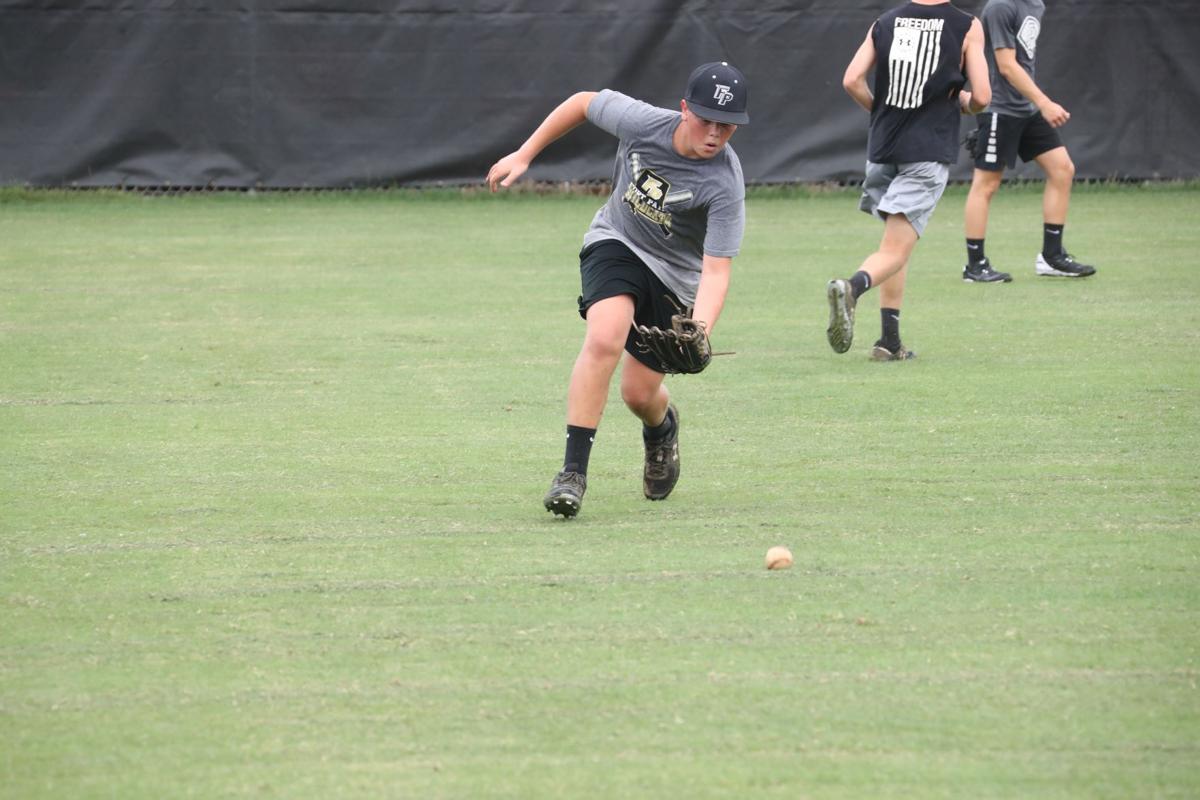 Fort Payne’s Will Patton fields a ground ball in the outfield during a baseball workout session at Fort Payne High School on Wednesday morning. 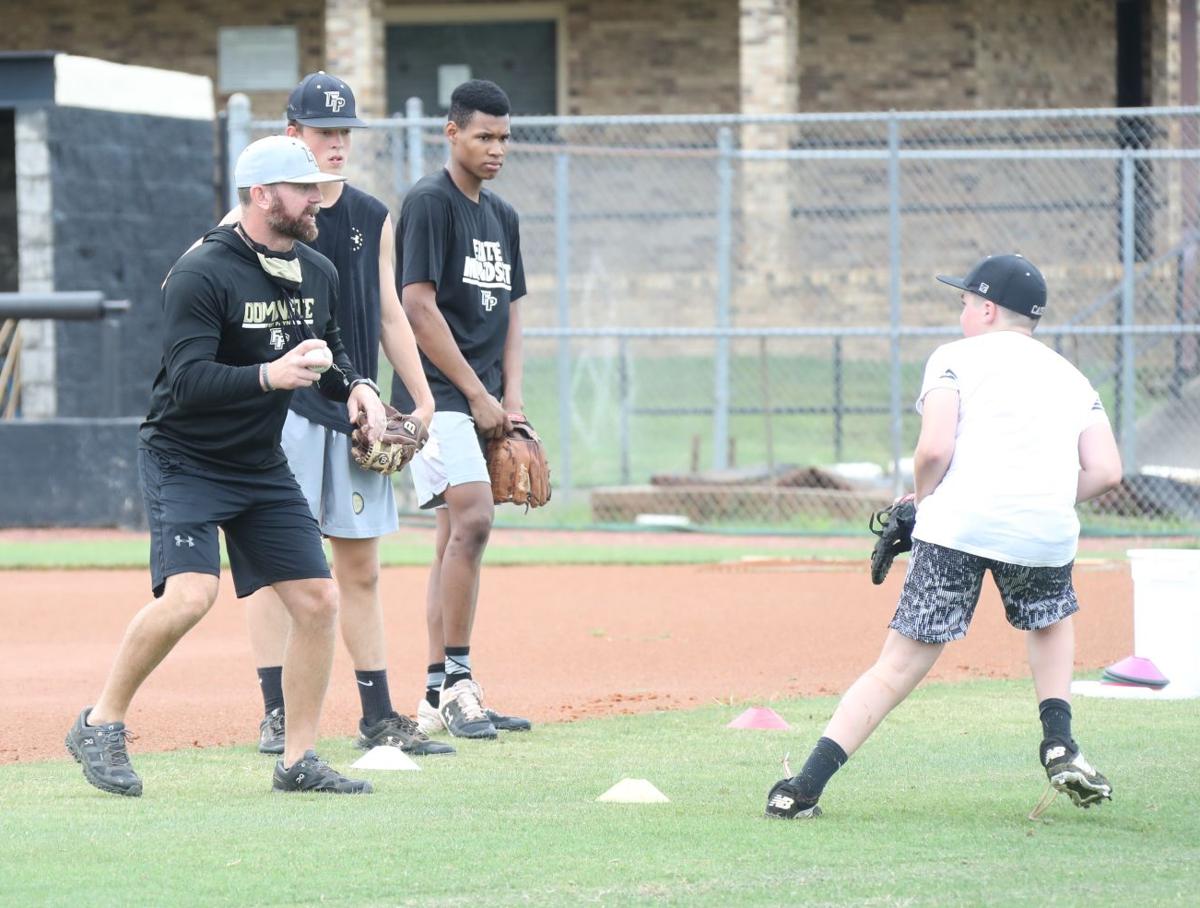 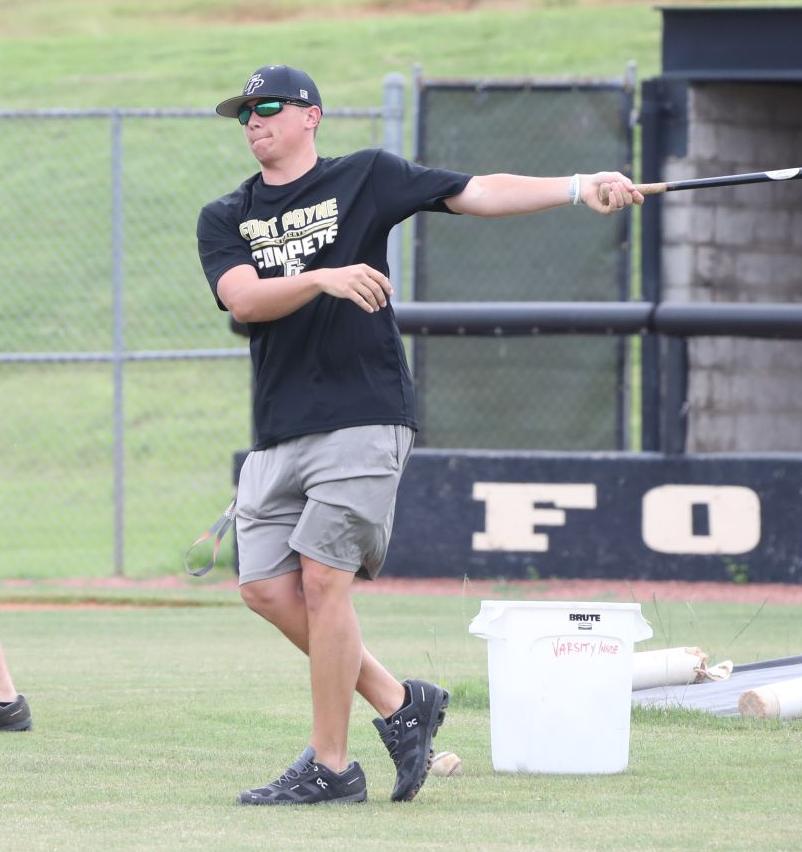 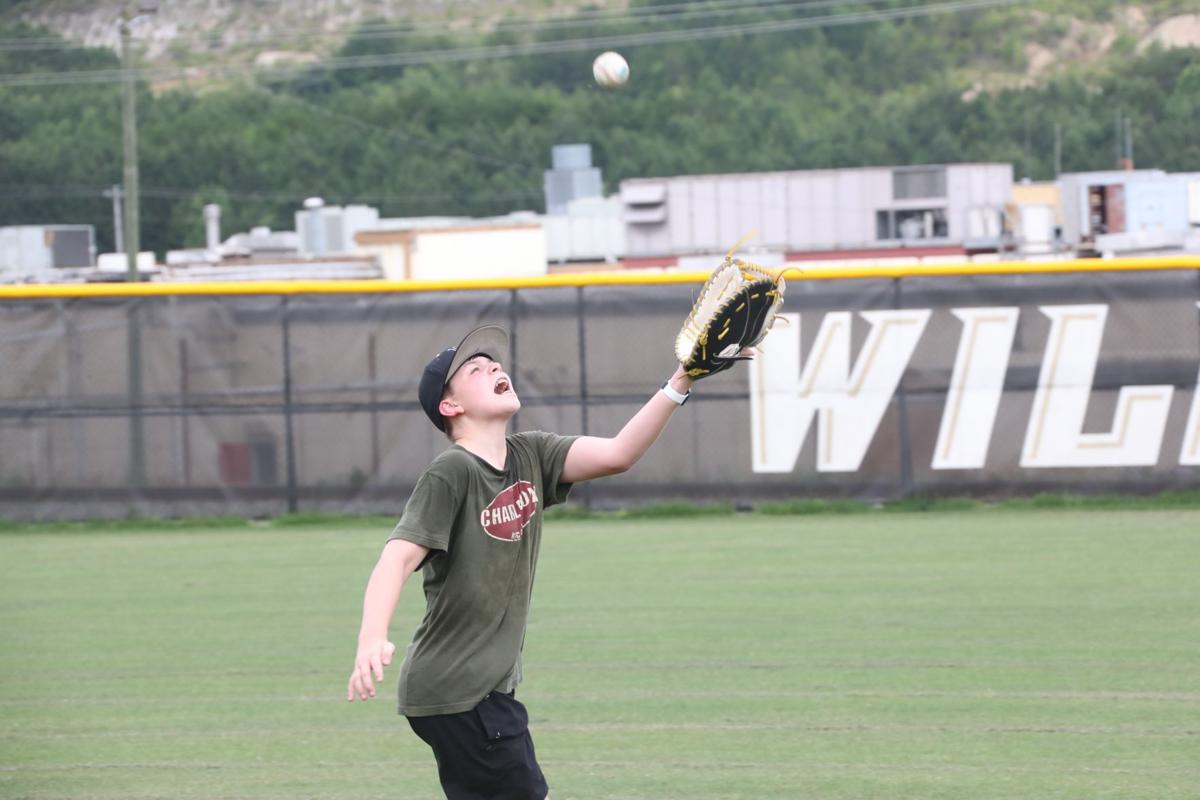 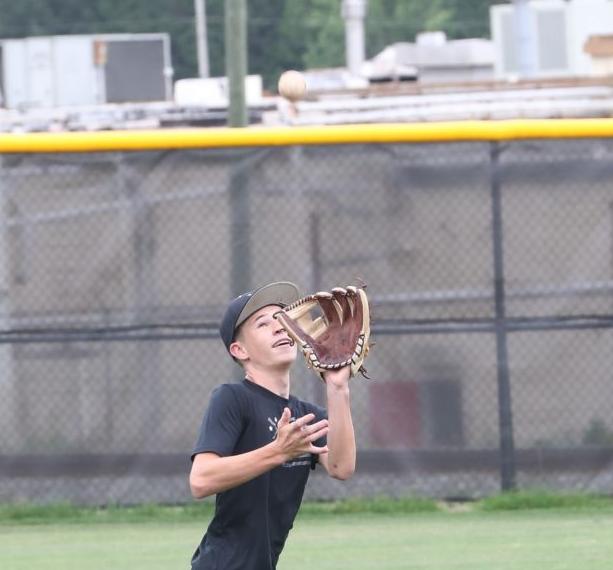 Fort Payne’s Will Patton fields a ground ball in the outfield during a baseball workout session at Fort Payne High School on Wednesday morning.

FORT PAYNE — After Fort Payne baseball coach Eric Varnadore talked with his players about their next few workout sessions, he walked away to grab a bottle of hand sanitizer.

“We’ve been so proud to be back. We’re willing to jump through whatever hoop we have to,” Varnadore said after Wednesday morning’s voluntary workout session.

Before members of Fort Payne’s baseball team were cleared to return to campus for weightlifting and skill training, they were forced to watch as the COVID-19 pandemic spread and prematurely ended their season this spring.

In late March, Gov. Kay Ivey announced that all Alabama public schools would finish the remainder of the school semester at home during a joint news conference, forcing a cancelation of the spring sports season.

March 18 was the last day for statewide athletic activity following Ivey’s original mandated suspension of all athletic events, including contests, practices, weightlifting and conditioning. The suspension was slated for a 2 1/2-week period, with a tentative April 6 date for activities to resume before the final ruling.

As workouts are allowed to continue this summer, players and coaches are taking precautions to prevent the potential spread of the coronavirus that stuck a knife into last season.

“When the kids come in, we ask them all to enter and exit the building with masks,” Varnadore said. “We take their temperatures every day and then we go through a questionnaire that our training staff has put together for us. Then we have the hand sanitizer and we’re sanitizing all the time.”

Varnadore said plates and coaches work together to sanitize baseballs and equipment. After a player completes a set in the weight room, weights and machines are wiped down with disinfectant.

“We’ve cleaned more than we ever have,” Varnadore said. “I told these guys if their moms could see them, they’d really know they can clean. We’re doing our best not to pass any germs to these kids.”

The way the spring sports season ended has those who play baseball as their primary extracurricular activity are especially happy to be back to training, Varnadore said.

“The enthusiasm has been outstanding. I don’t know who was more proud to be back, the coaching staff or the kids,” the coach said.

The Wildcats train Mondays, Wednesdays and Thursdays. They devote the first 50 minutes to weightlifting before running out to the field for 45 minutes of skill work.

The team focuses on hitting Mondays, defense Wednesdays and a combination of hitting and defense on Thursdays.

The Wildcats took to the field around 8:50 a.m. Wednesday to work on various catching exercises. Coaches Varnadore, Cody Willingham and Jessie Caminiti divided players into different sections of the field, tossing balls to players in shallow field before hitting fly balls to them in the outfield.

Players will have no workouts during the week of Independence Day. Varnadore said once workouts continue there will be more of a focus on weight training.

“As the summer progresses, we’ll stop doing some of the skill stuff because we have a lot of guys who play other sports, especially football,” the coach said. “We’ll continue with the weight room work and that’ll carry us through into the start of school.”