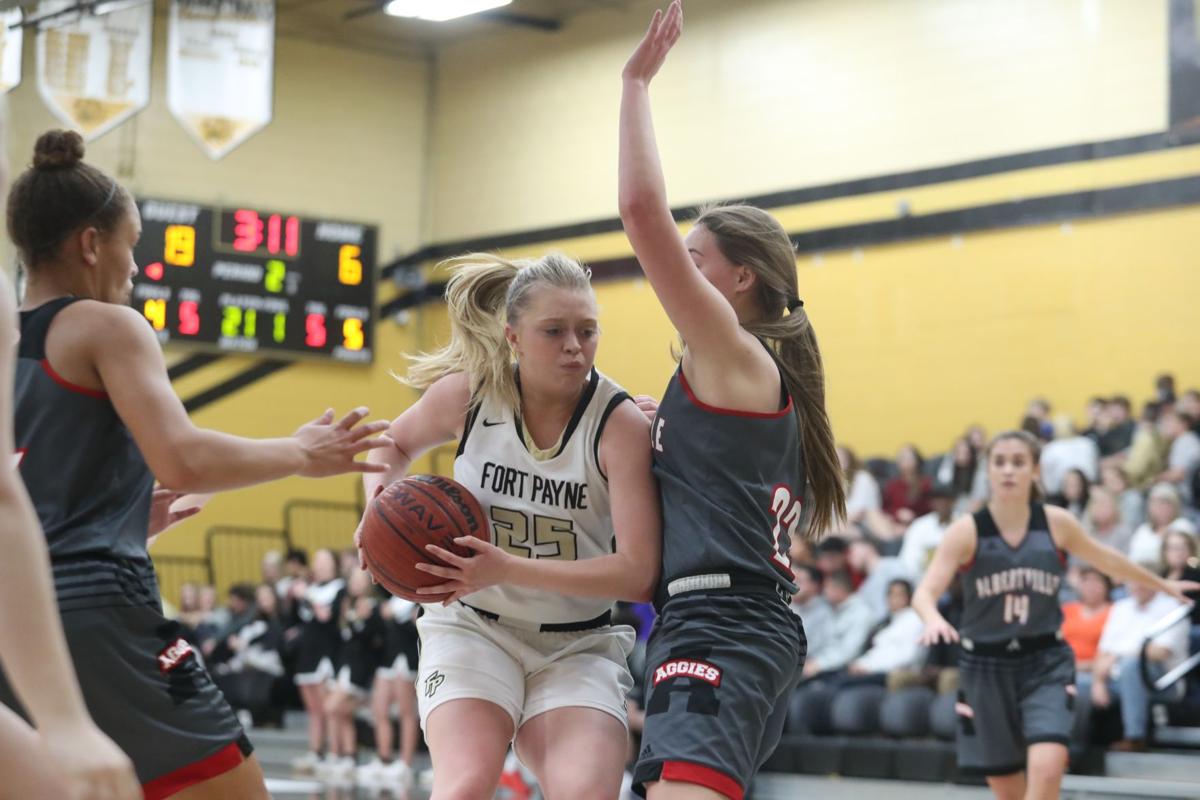 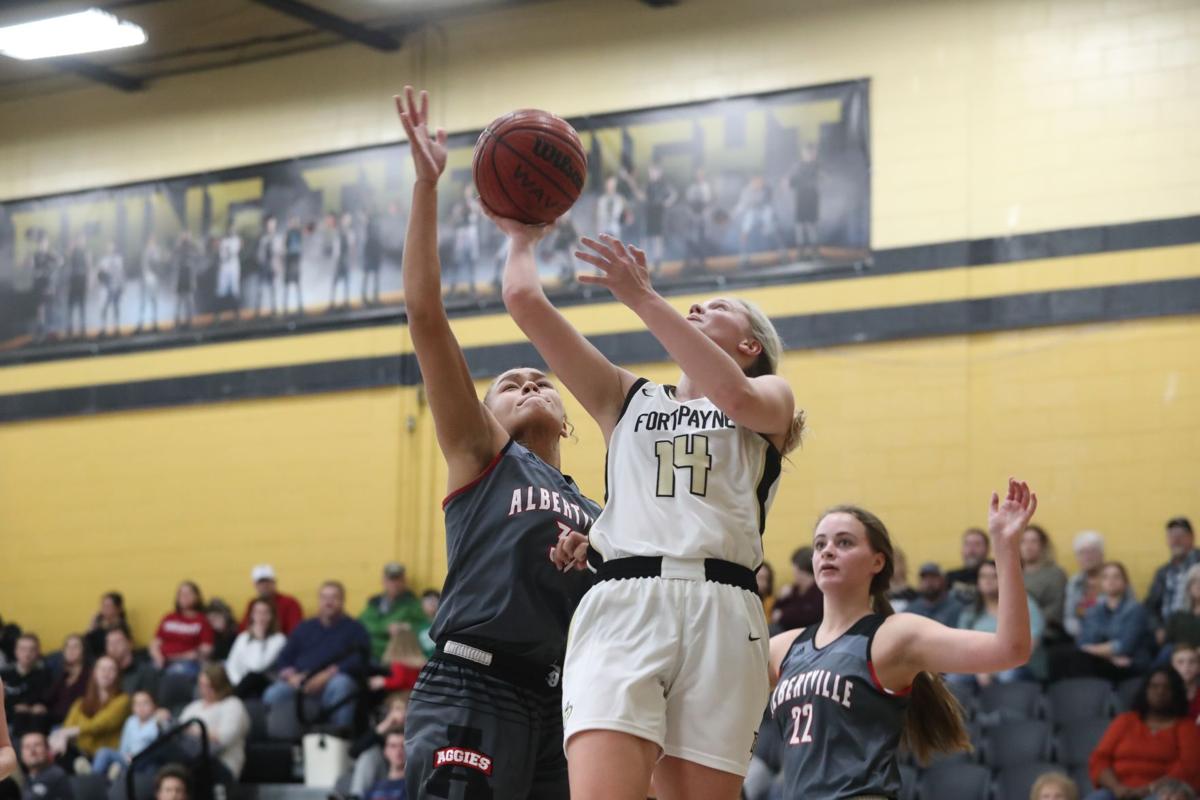 Fort Payne's Mattie Prewett (14) attempts a layup against Albertville's Jayden Watkins during the first half at Fort Payne High School on Friday night.

Fort Payne's Mattie Prewett (14) attempts a layup against Albertville's Jayden Watkins during the first half at Fort Payne High School on Friday night.

FORT PAYNE — When Albertville drew a foul on a 3-point attempt with 2.9 seconds left and made all three free throws to pull ahead by three, the Fort Payne girls had to inbound from the far end of the court on its ensuing attempt to force overtime.

Mattie Prewett found Isabelle Goggans open on the right side and she pushed the ball beyond half court before her deep 3-point try hit off the back of the rim at the buzzer in a 38-35 loss to Albertville on Friday night.

“I was pleased with the attempt we got at the end, but I wasn’t pleased with how we put ourselves in a situation where we had to have a last-second shot,” Wildcats coach Steve Sparks said.

After falling behind early Fort Payne (12-7, 2-2 Class 6A, Area 13) fought back with a strong third-quarter effort and overtook the lead with 40 seconds left in the period. The game remained tight all the way to the buzzer.

The Wildcats fell victim to early turnovers that led to a 14-2 deficit by the end of the opening period. Kylie Neil, who had a team-high 21 points with 11 rebounds and five steals, converted a three-point play with 4:48 left in the half to pull the Wildcats within 16-5. Logan Neil added a jump shot and an assist to Kylie Neil on a basket inside the paint to trail 23-11 at halftime.

“As spectators we look at the last few seconds, but games are won and lost as much in the first half as they are in the second half,” Sparks said. “We couldn’t generate points and shots were being blocked.”

Fort Payne responded with a 7-1 start to the third quarter to take a 25-24 edge. Kylie Neil stole a pass and turned it into a layup and drew a foul while making a spinning shot, before adding a free throw for another three-point play during the run. Kiuna Johnson found Goggans for a 3-pointer, Kylie Neil added a turnaround jumper and assisted Goggans with a fast-break layup for the go-ahead basket with 40 seconds left in the period.

“I thought we showed some grit in the second half,” Sparks said. “I was really pleased with the team’s effort, attitude and composure.”

The Aggies (16-2, 3-0) began the final period with a 3-0 run that extended their lead to 31-25. Kylie Neil drew fouls on back-to-back three-point play opportunities, but missed both foul shots to bring Fort Payne within 31-29 with 3:54 left. Goggans made a jumper to cut the deficit to two points 30 seconds later and Logan Neil assisted Johnson with a layup that tied things at 33 with 1:46 remaining.

Goggans found Kylie Neil for a cutting layup to tie it at 35 with 33 seconds to play. Albertville’s Hannah Sanders was fouled on a 3-point shot attempt with 5.7 left and made all three free-throw tries.

“Against a good team, you have to play the full game,” Sparks said.

Fort Payne hosts White Plains at 6 p.m. Tuesday, before hosting Alexandria at 5:30 p.m. Thursday in a game rescheduled due to severe weather.

“We want to be better in February than we were in November,” Sparks said.