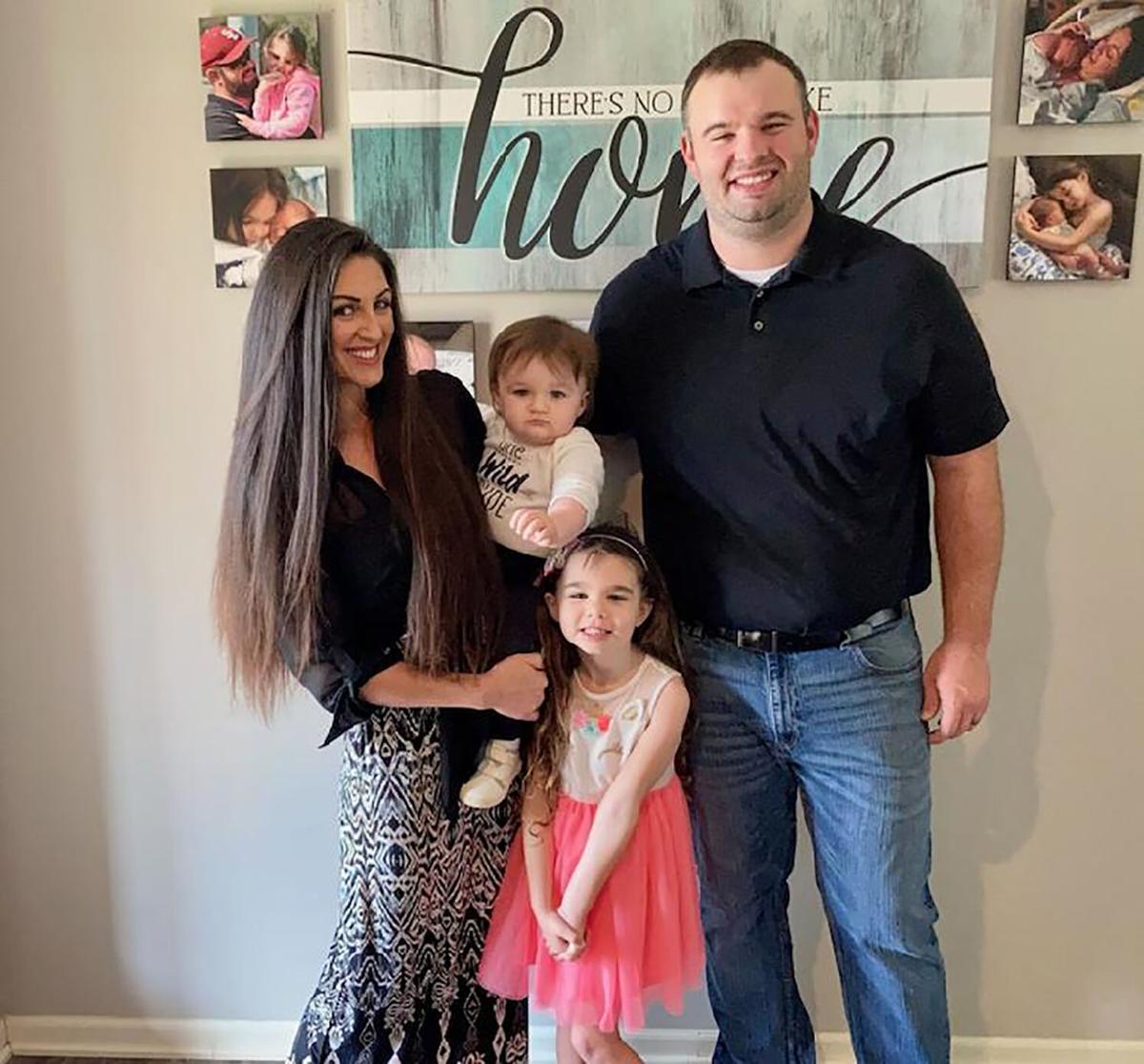 Crossville High School has named Springville assistant coach Josh Taylor as the school’s next head football coach. Taylor, pictured here with his wife Janae, daughter Raegan and son Jackson, is a native of Springville and a graduate of the University of Alabama at Birmingham. Taylor was named head coach of the Lions on Thursday afternoon. He replaces Dusty Darnell, who coached the team for three seasons. 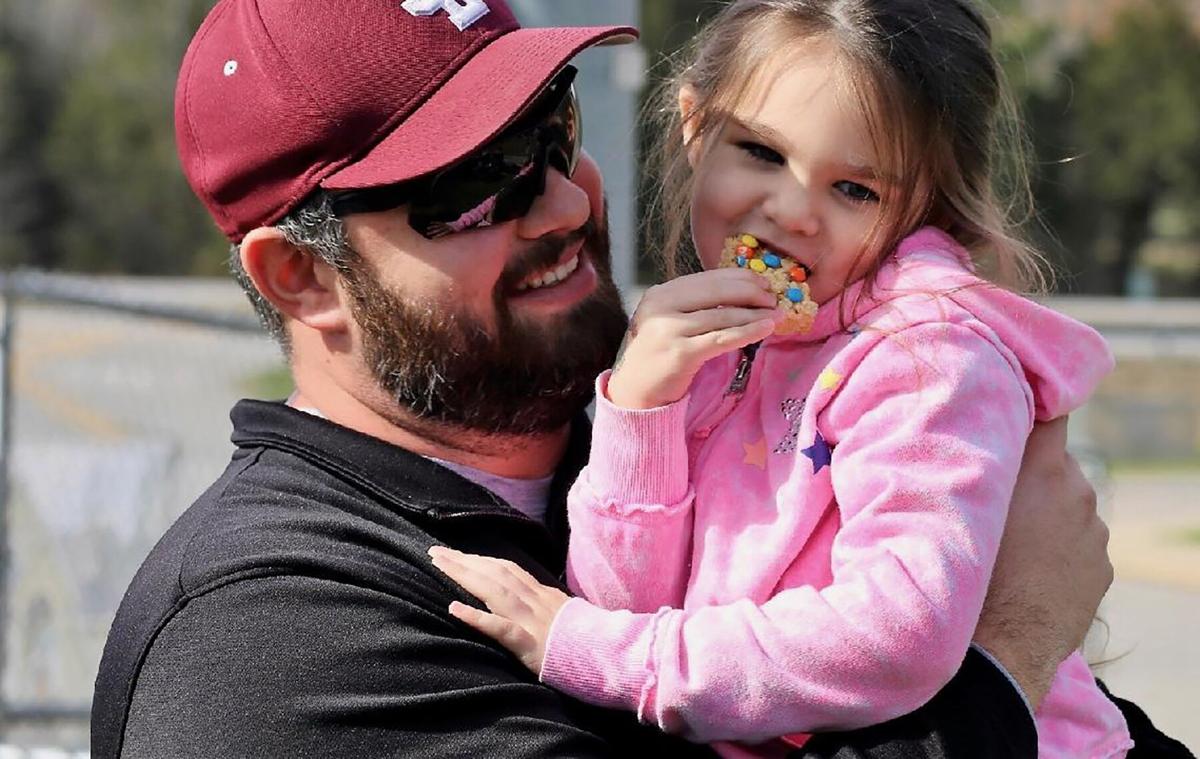 New Crossville football coach Josh Taylor holds his daughter Raegan. Taylor takes over the Lions after stints as an assistant at Springville and Southeastern.

Crossville High School has named Springville assistant coach Josh Taylor as the school’s next head football coach. Taylor, pictured here with his wife Janae, daughter Raegan and son Jackson, is a native of Springville and a graduate of the University of Alabama at Birmingham. Taylor was named head coach of the Lions on Thursday afternoon. He replaces Dusty Darnell, who coached the team for three seasons.

New Crossville football coach Josh Taylor holds his daughter Raegan. Taylor takes over the Lions after stints as an assistant at Springville and Southeastern.

Taylor was one of more than 30 applicants for the job according to Crossville athletic director Jon Peppers. The hire was made official last Thursday.

“I’m super excited; this is my first opportunity to be a head coach,” Taylor said of the opportunity. “I had been at two different places that were going through program builds at Southeastern and Springville. I think I know the formula for building a program and making it successful, and I hope I’m able to do that at Crossville.”

Taylor takes over after Dusty Darnell stepped down in late February following his three seasons at the helm. Darnell finished his term with a mark of 7-22, with the school’s last playoff appearance coming in 2017, and its last winning season coming in 2010.

“We needed somebody with a different outlook on our football program that will bring in a little energy and is also a really good communicator to get our kids more involved with sports, especially playing football,” Peppers said of the hire.

Taylor spent last season as an offensive line coach in Springville, where he was born and raised, and was a member of their football program from 2003-06. Following his high school playing career, Taylor turned down offers to continue his playing career and went to the University of Alabama at Birmingham to continue his education, then after college joined the Army, where he was deployed to the Middle East while teaching at Auburn.

Taylor says his military experience has played a large role in his coaching and education, where he received his Doctorate in Curriculum and Instruction last summer.

“I was lucky to join the military when I did,” Taylor said. “It helped me sharpen my focus and learn time management and learn how to come up with multiple tasks at one time, and I think that’s what’s helped make me successful as a teacher, a coach a husband and a father. You juggle many hats when you’re a coach, so I think it’s helped me increase my opportunities in my career.”

According to Peppers, that military background and the structure and organization Taylor showed during the hiring process were big factors in the decision to hire him.

As a former offensive lineman, Taylor said his preferred offense is one that relies on ball control, but noted that at the high school level, what they ultimately end up running on both sides will be determined by the type of players the team has.

“At the end of the day you want the kids to compete, but you want them to have fun,” Taylor said. “You have to provide a culture that makes football exciting, but at the same time competitive, and when you’re able to do that, you can get more students out there to play and get more community involvement. ...I personally like to do ball-control offenses, but you have to do what’s best for the student population that’s playing football. If you have spread kids, you play a spread offense. For the defensive side, I’ve always been attack at the line of scrimmage and really big on trying to mimic different defenses and then come out in something totally different, so we just try to mix it up a little bit.”

According to Peppers, Taylor’s coaching duties will start right away, with Taylor getting the chance to meet some of the school’s faculty and boosters during his in-person visit to Crossville.

Taylor has been married to his wife Janae for seven years, the two have a daughter, Raegan, who is five, and a son, Jackson, who recently turned one.

Outside of football, Taylor says he enjoys getting out on the area lakes and fishing when he has time on the weekends.

“I’ve always wanted the opportunity to be a head coach,” Taylor said. “And Crossville gave me this opportunity, and I’m very excited about it and I look forward to building on the foundation they already have.”