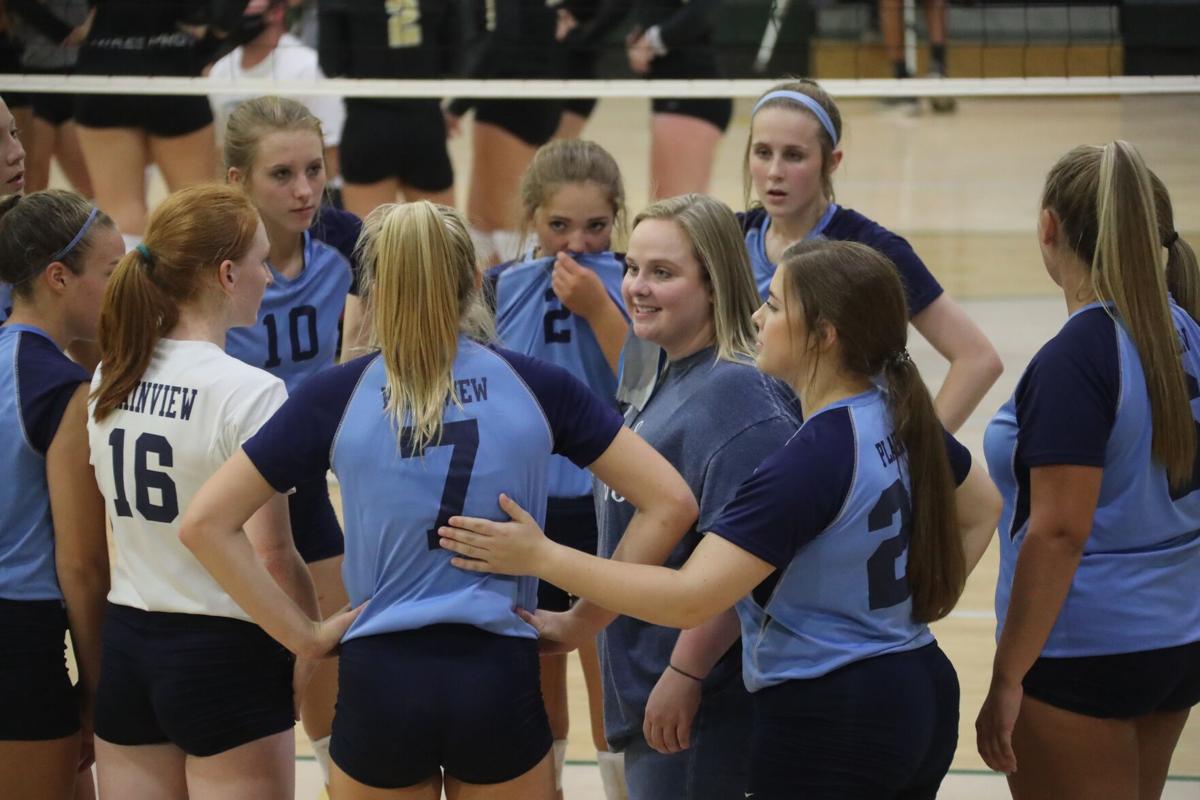 Plainview coach Kaci Kirk talks with her team during a timeout in a match against Fort Payne at Sylvania High School on Thursday night. 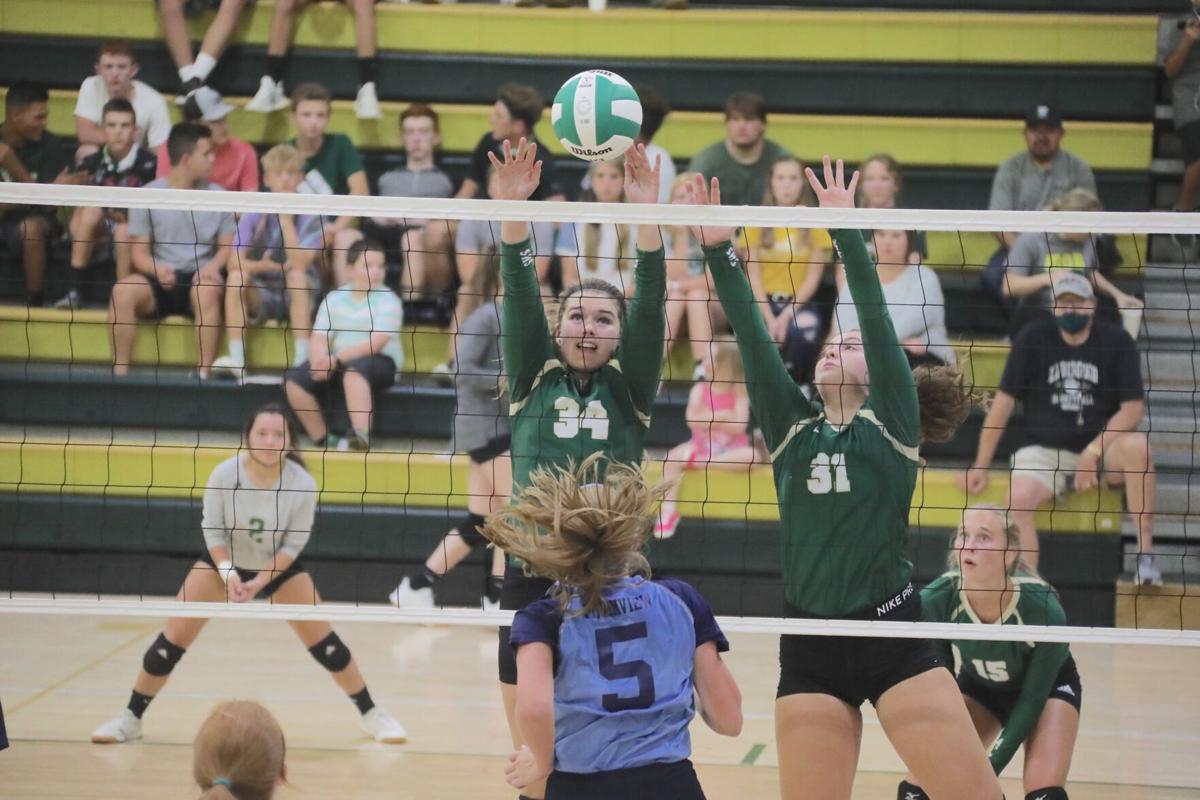 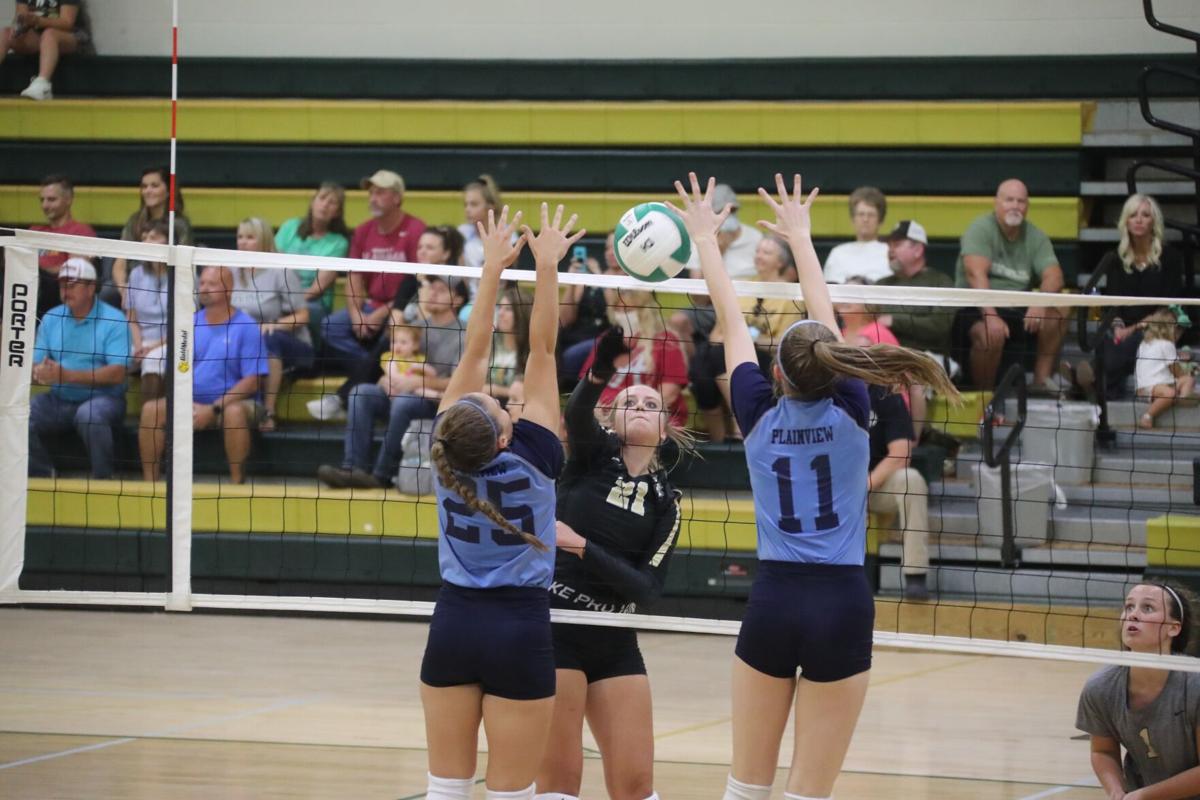 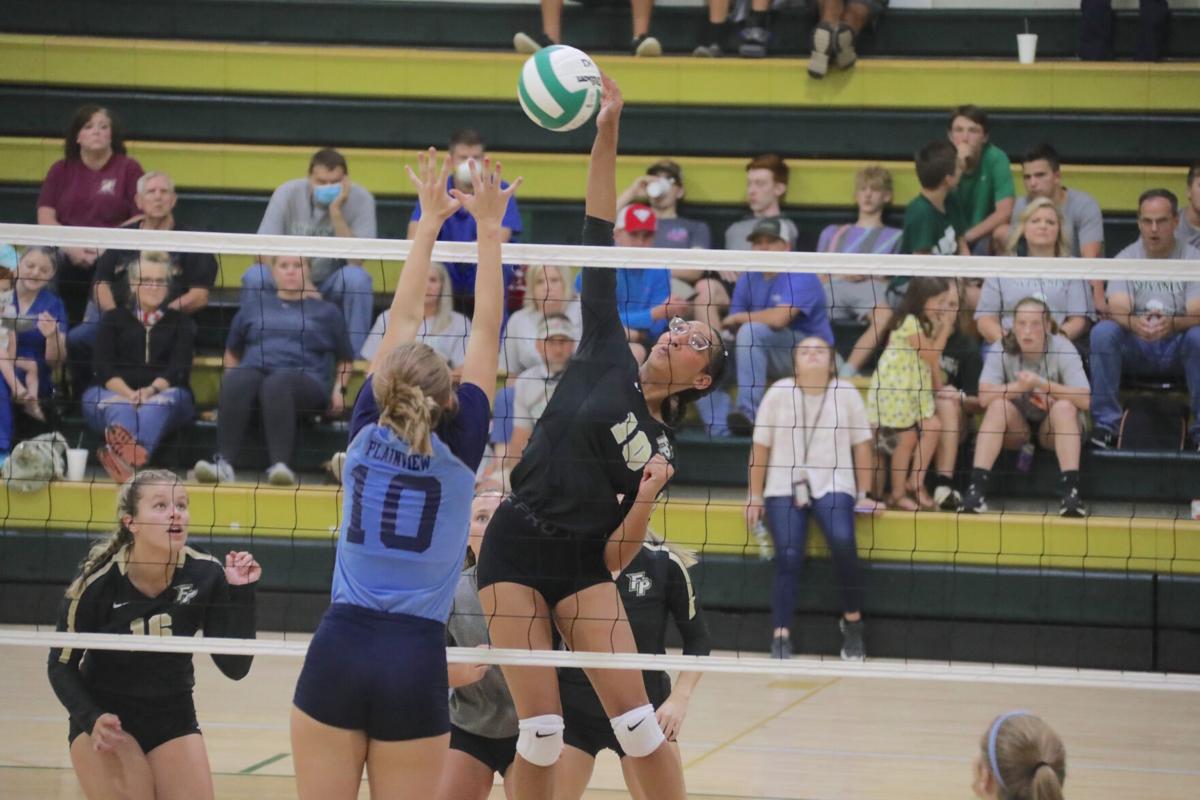 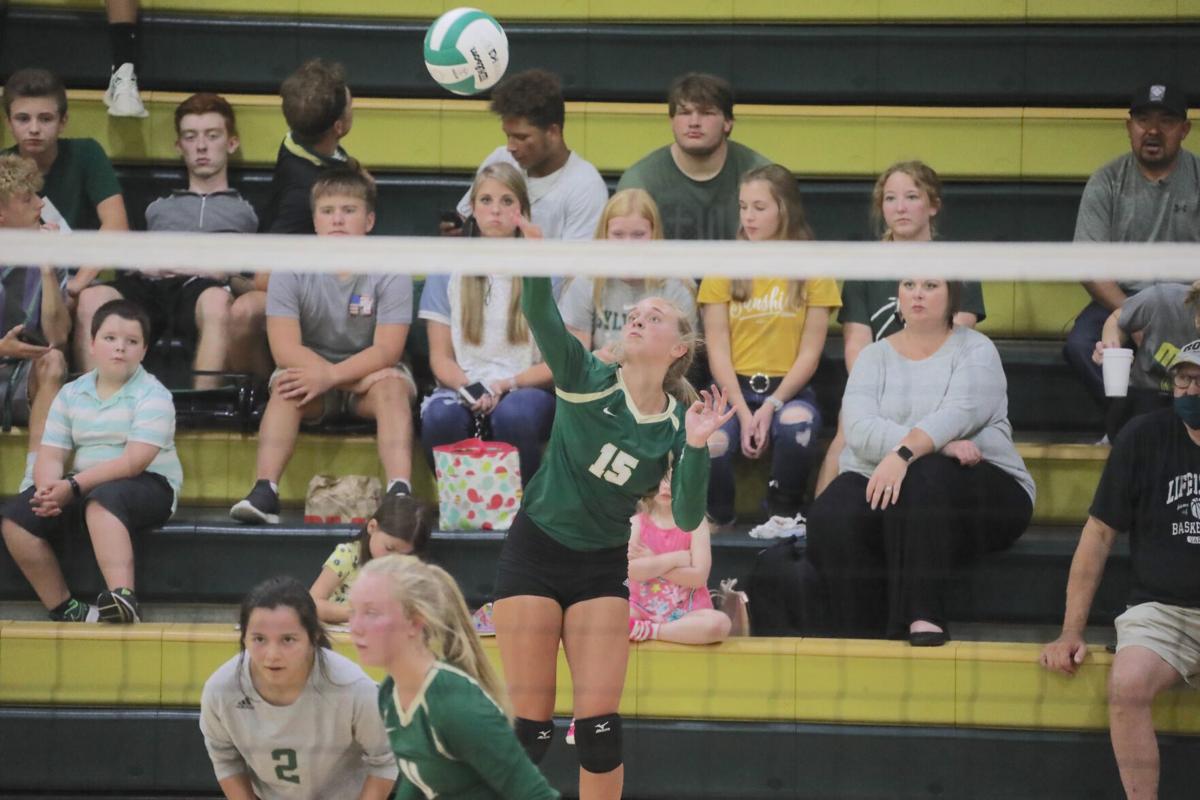 Sylvania’s Abby Santiago serves during a match against Plainview at Sylvania High School on Thursday.

Plainview coach Kaci Kirk talks with her team during a timeout in a match against Fort Payne at Sylvania High School on Thursday night.

Sylvania’s Abby Santiago serves during a match against Plainview at Sylvania High School on Thursday.

“I was proud of the way they competed against Sylvania,” Bears coach Kaci Kirk said. “We have a tendency to start off late and then only play well every other set. That is our greatest weakness and we are working every day to overcome it and it did show up in both of our games yesterday.

“However, our defense showed major improvements as well as both of our middle hitters. Everyone played their role on the team.”

“Against Fort Payne, we made a large amount of unforced errors. But we came away with a win and are preparing to make those corrections over the weekend at Pleasant Valley,” Kirk said.

With four injured starters, Wildcats coach Justin Kisor said he was pleased with some things he saw from bench players during Thursday’s contests.

“Besides the unforced errors, I was pleased, felt like we competed,” said Kisor, who is in his first year leading the Wildcats.

Plainview improved its record to 9-7 and plays in a tournament at Pleasant Valley on Saturday.

“Our biggest strength as a varsity team is the work ethic of each individual player,” Kirk said. “They hold themselves to a high standard and are never satisfied, which, as a coach, is refreshing to see and work with.

“We are a young team and we are improving in each aspect of our game every day. They know that becoming a strong, disciplined team will not happen overnight, but they are working each day to reach that ultimate goal.”

“...I think we are continually putting things together,” Kisor said. “Hopefully the girls are learning more about our defensive coverage and gaining confidence. We are competing every night and that’s all I can ask for.”

Fort Payne evened its record at 12-12 and will take the weekend off before traveling to Pisgah for a tri-match against Pisgah and Madison County at 4 p.m. Monday.

No statistical information was available for Sylvania before press time.

A few clouds from time to time. Low 47F. Winds light and variable.