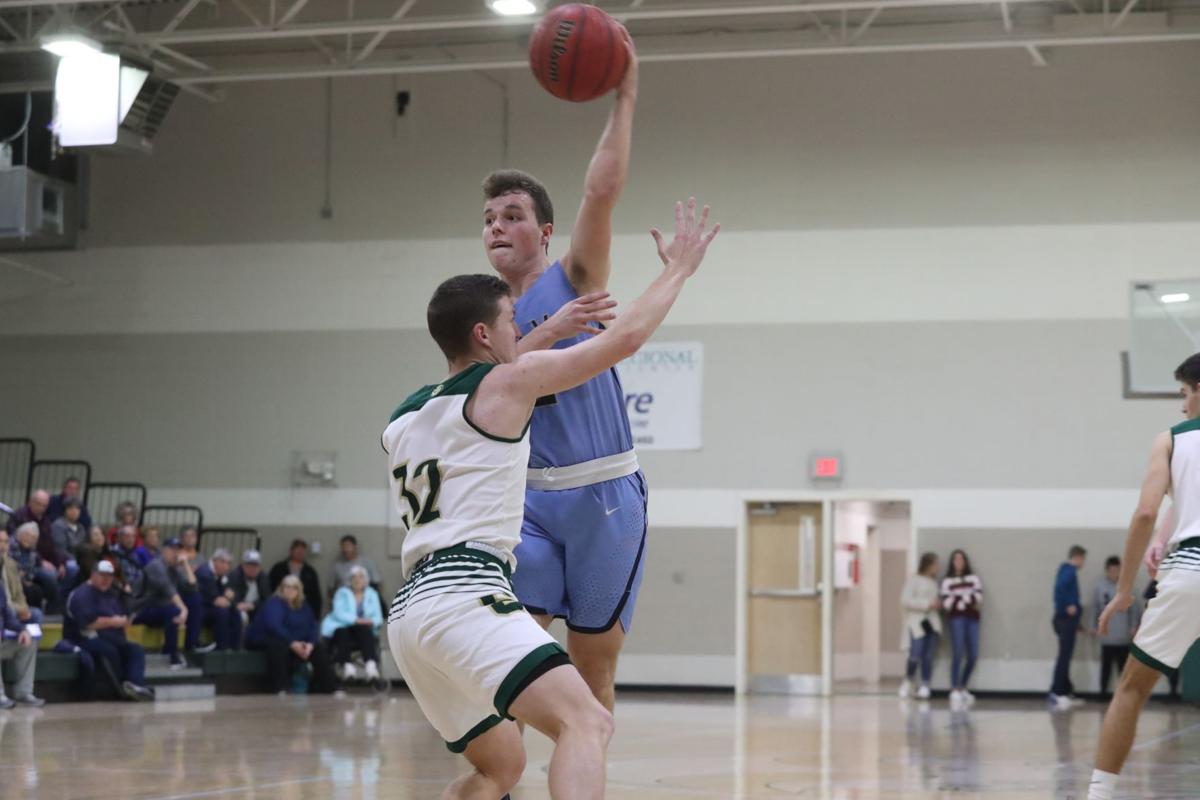 Plainview’s Tristan Willingham, top, throws a pass to a teammate while Sylvania’s Jarrett Hill defends during the second half in Sylvania on Tuesday night. 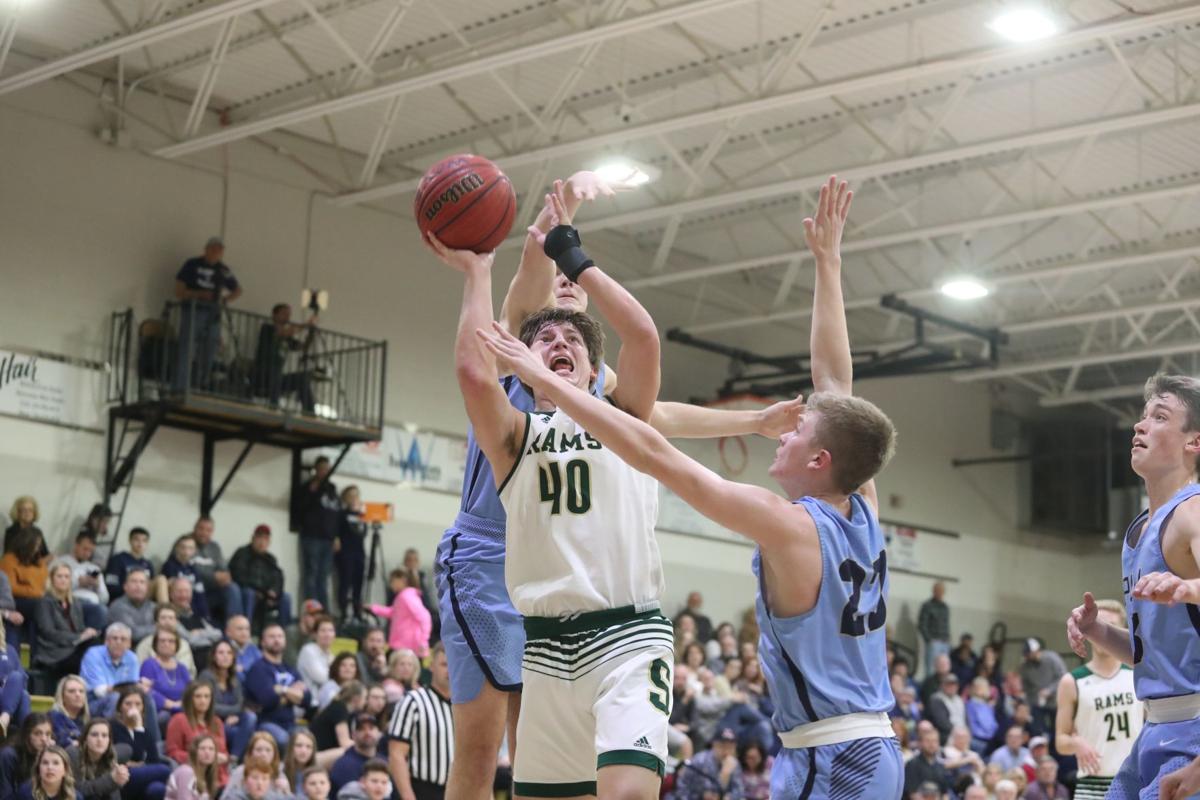 Sylvania’s Grant Atchley (40) shoots against Plainview’s Jonah Williams (23) during the first half in Sylvania on Tuesday night. 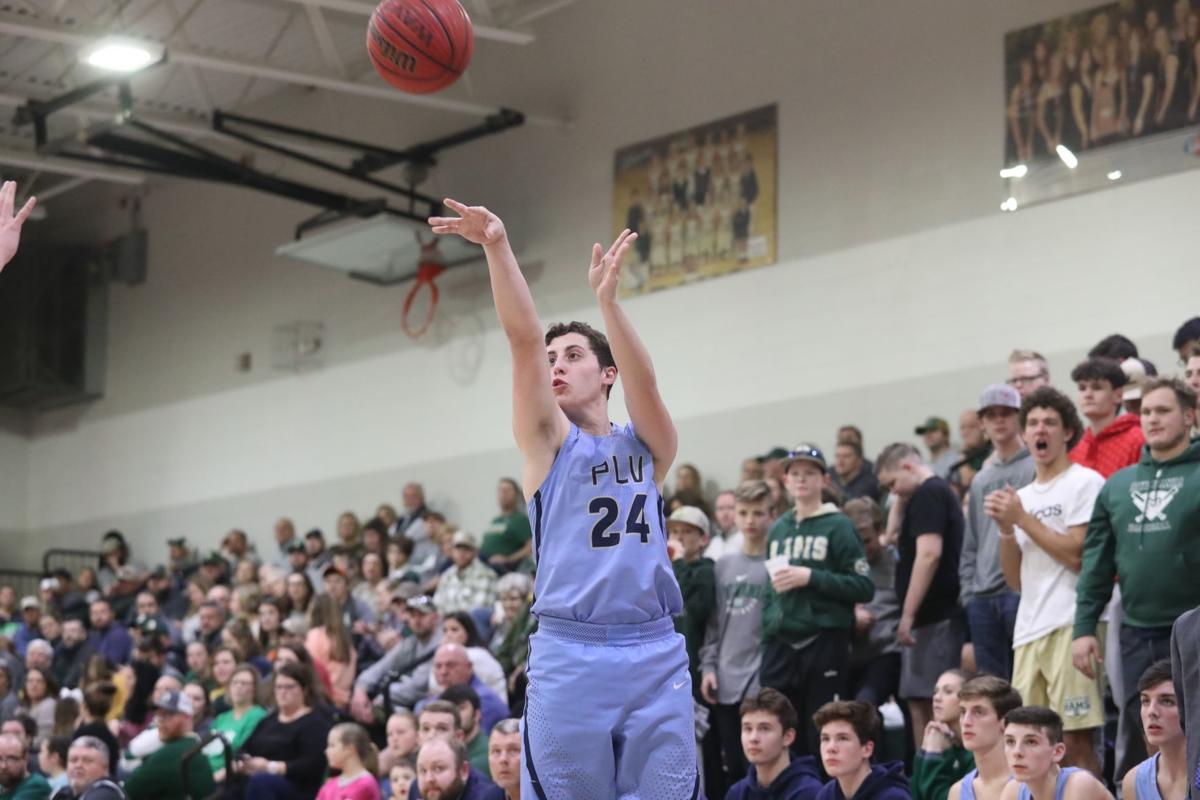 Plainview’s Grant Sanders attempts a 3-pointer during the second half against Sylvania on Tuesday night. 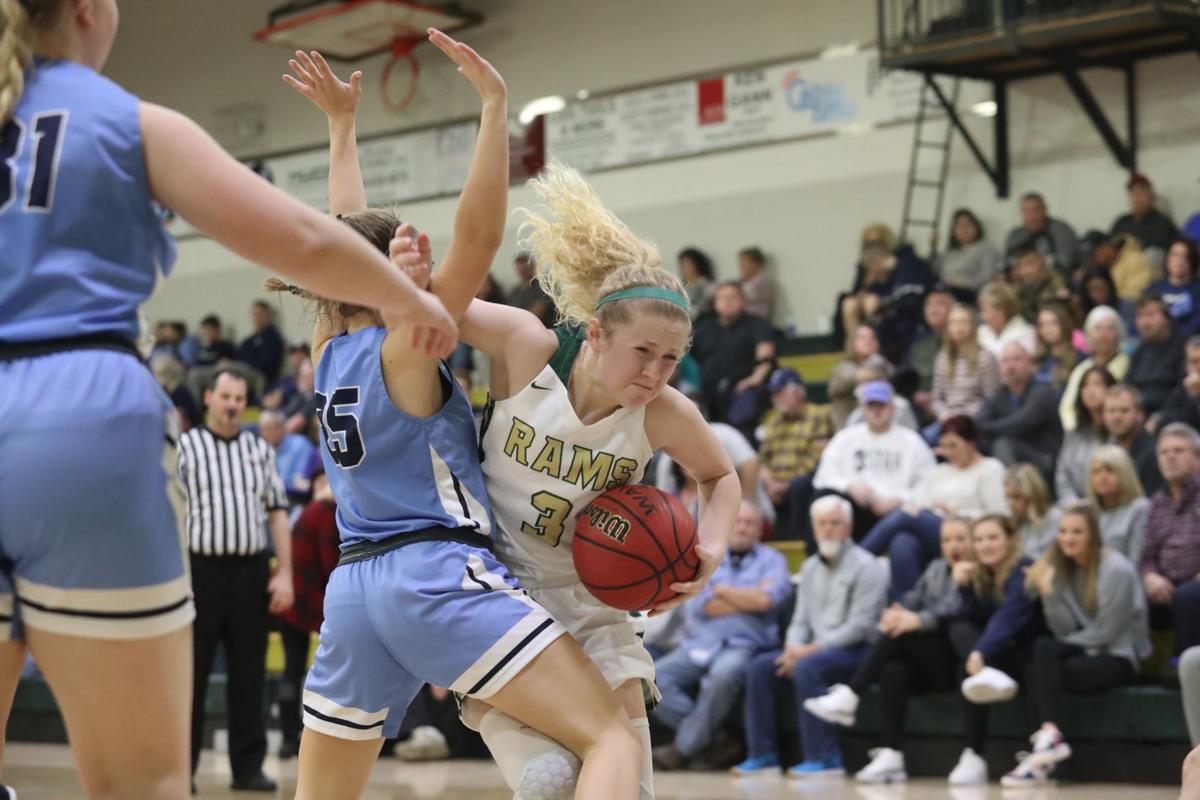 Sylvania’s Kenadie Lee (3) spins around Plainview’s Jesi Farris during the second half in Sylvania on Tuesday night. 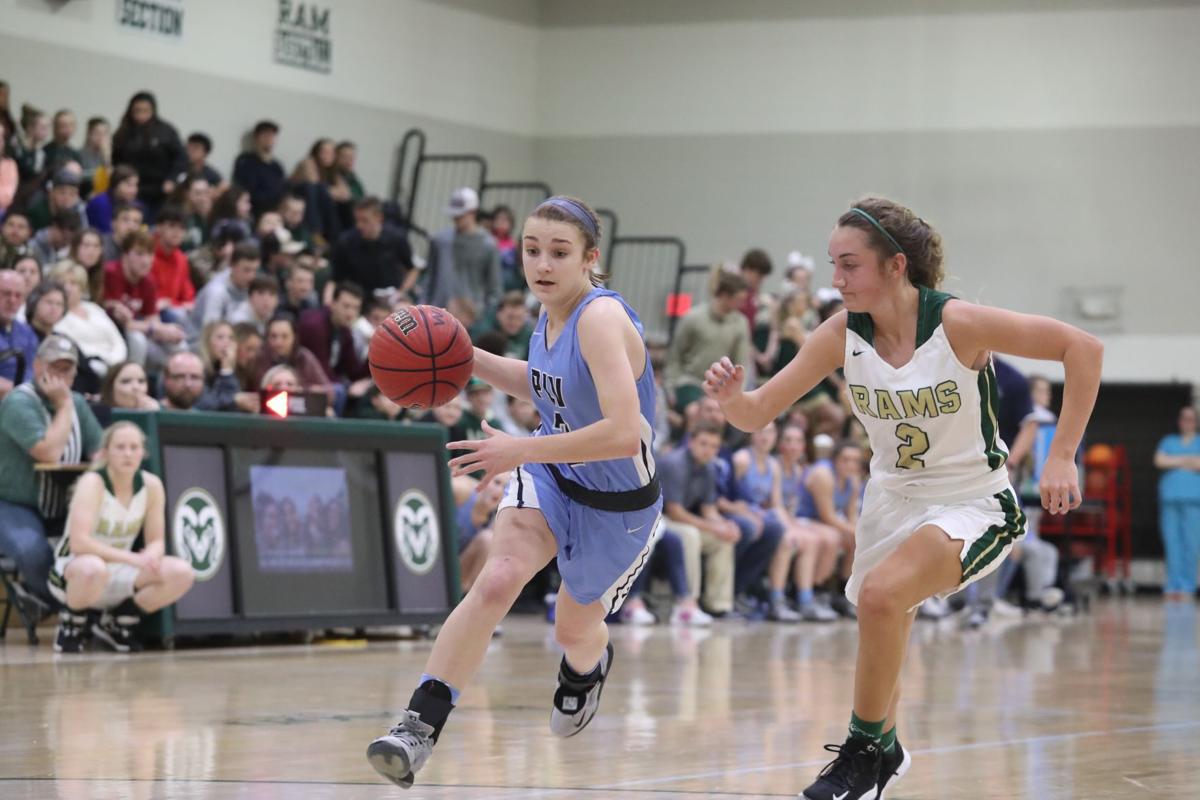 Plainview’s Halle Brown, left, drives toward the basket against Sylvania’s Leianna Currie during the first half in Sylvania on Tuesday night.

Plainview’s Tristan Willingham, top, throws a pass to a teammate while Sylvania’s Jarrett Hill defends during the second half in Sylvania on Tuesday night.

Sylvania’s Grant Atchley (40) shoots against Plainview’s Jonah Williams (23) during the first half in Sylvania on Tuesday night.

Plainview’s Grant Sanders attempts a 3-pointer during the second half against Sylvania on Tuesday night.

Sylvania’s Kenadie Lee (3) spins around Plainview’s Jesi Farris during the second half in Sylvania on Tuesday night.

Plainview’s Halle Brown, left, drives toward the basket against Sylvania’s Leianna Currie during the first half in Sylvania on Tuesday night.

SYLVANIA — In a game that was close from start to finish, the foul line allowed the Plainview boys to prevail for a third straight win.

Tristan Willingham finished with a game-high 25 points and Cole Millican added 15 points and six rebounds as the Bears made all six free-throw attempts in the final 20 seconds to beat the Sylvania Rams 69-64 in Sylvania on Tuesday night.

After trailing 34-30 at halftime, the Bears (15-3, 5-0 Class 3A, Area 15) took their first lead of the second half with 6:44 remaining in regulation. Willingham made four straight free throws to give Plainview a 67-64 lead with 5.6 seconds left. Sylvania (8-8, 3-2) inbounded from the far side of the court, but lost control of a pass and the Bears recovered it to secure an important area win against an explosive Rams team.

Plainview coach Robi Coker expected nothing less from the contest.

Luke Smith made a layup to tie the game at 54 with 7 minutes left and Millican gave the Bears the lead with a layup seconds later. Joshua Tinker hit a 3-pointer to put Sylvania in front at 60-58 with 4:42 remaining, before Dylan Haymon passed the ball out to Jonah Williams for an open 3-pointer with 3:36, putting Plainview ahead for good.

“We clicked more in the second half,” Coker said. “We got a little bit better in getting to the basket and we were able to get some stops and rebounds.”

Sylvania’s Grant Atchley, who eclipsed 1,000 points for his high school career last weekend, scored on a shot in the paint with 1:40 left to cut the lead to one point.

On the ensuing possession, the Bears worked the ball around the outside and shaved some time off the game clock, before Sylvania coach Tyler Brooks instructed his team to foul.

The Rams turned the ball over on an errant pass on their ensuing possession and Smith came up with the loose ball, sealing the game with a pair of free throws.

“If Plainview gets second-chance opportunities, they can be lethal,” Brooks said. “They hit some tough shots, hit some buzzer-beaters. Hat’s off to them for finding a way to win,”

Willingham assisted Williams with a buzzer-beating 3-point basket to tie the game at 52 at the end of the third quarter. Willingham made four 3-point baskets, Williams scored 10 points and Grant Sanders added three shots from long range to finish with nine points.

Plainview led 26-20 after Millican’s layup with 4:42 remaining in the first half, but the Rams pushed the pace, found open shooters and made shots to overtake the lead with a 6-2 run before the break.

“They did a great job of driving the ball and penetrating with the pass,” Coker said of the Rams’ offensive effort. “They did some things that put us in a bind.”

Atchley made a floating shot before finding Austin Traffanstedt for a 3-pointer. Sawyer Hughes hit a pair of free throws, Atchley added a layup and two free throws and Drake Justus made a 3-pointer during Sylvania’s strong closing to the half.

“We took some really good shots, took care of the ball, our defensive effort was solid,” Brooks said.

Despite the setback in area play, Brooks said he’s encouraged by how the Rams are playing in early January.

“We’re starting to peak at the right time,” he said. “We played a well-rounded game. We have to keep our heads up and stay focused.”

Tobi Trotter had 15 points and eight rebounds and the Plainview girls held on to beat Sylvania 45-42 in the opening game of Tuesday night’s varsity doubleheader.

The Rams (8-7, 2-3) called time with 5 seconds to play against a two-point deficit, but turned the ball over on an out-of-bounds call on their ensuing possession, forcing them to foul. Elaine Puckett missed her first foul shot but made the second to widen the margin to three points with 4.2 left.

Sylvania’s Kenadie Lee pushed the ball across halfcourt and got off a clean 3-point shot at the buzzer, but it hit off the rim and dropped out.

“We thought about fouling so we wouldn’t have to worry about the tie,” Bears coach Luke Griggs said. “Lee got a good look at it.”

The game was scoreless for the last 2:35 of the third period. Halle Brown scored the last point of the frame with a foul shot that gave the Bears a 30-27 advantage.

Plainview established a half-court offense and ran plays from it throughout the night, while the Rams looked to push the pace whenever they got the ball.

“They’re very well-coached, they have some fast athletes and good guard play,” Griggs said of the Rams. “It’s challenging staying in front of them, for sure.”

Lee drew a charge with 6:20 left in the final period and she followed it with a layup on the offensive end to pull Sylvania ahead at 31-30.

After Puckett gave the Bears a one-point lead with 5 minutes left, Brinn Farmer responded with a 3-pointer to out Sylvania back in control at the 4:28 mark. Lee stole a pass and drew a foul seconds later and converted a 1-and-1 opportunity at the foul line to give the Rams a 36-32 lead.

“We finally got a couple of good rebounds down the stretch and it helped seal the win,” Griggs said.

Area play continues for both schools Friday. Plainview hosts Geraldine for a varsity doubleheader starting at 6 p.m., while Sylvania visits Pisgah at 6 p.m.