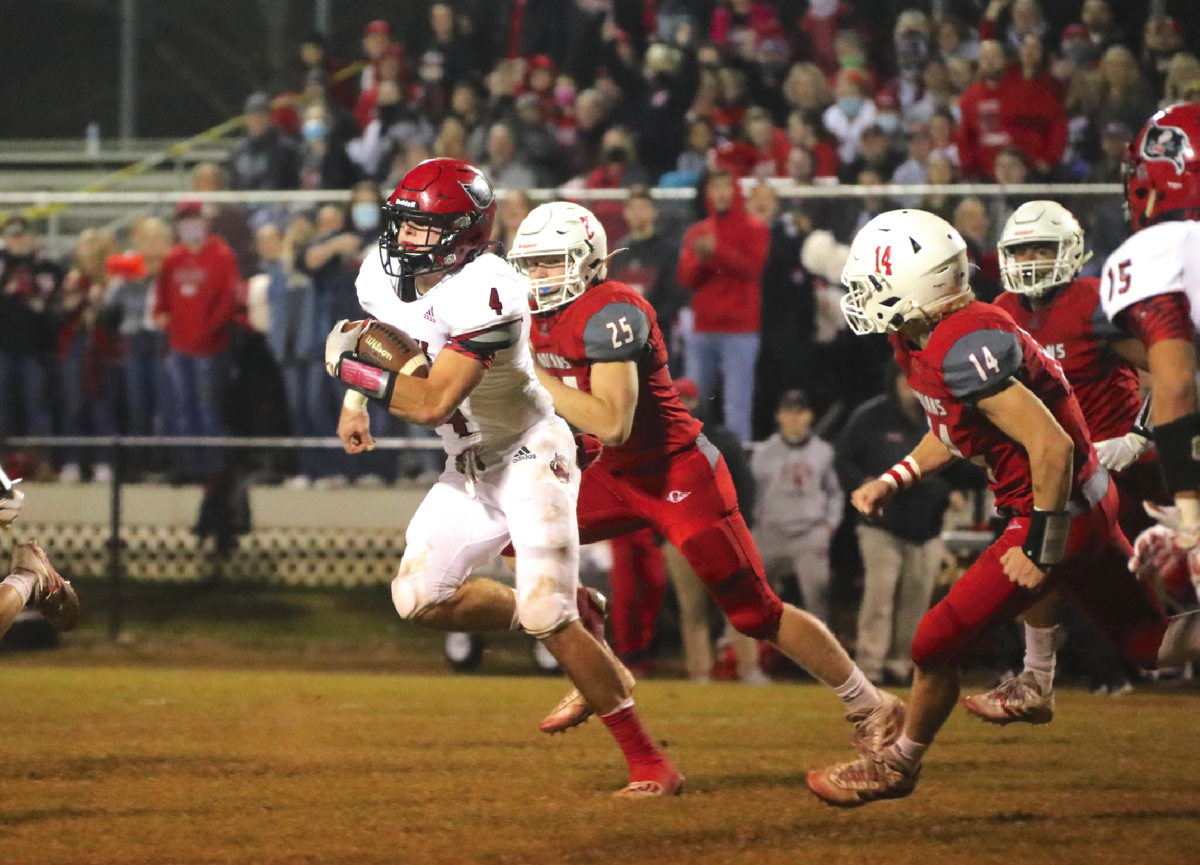 Fyffe quarterback Ike Rowell (4) runs through Ohatchee defenders en route to a touchdown during the third round of the Class 3A state playoffs in Ohatchee on Friday night. 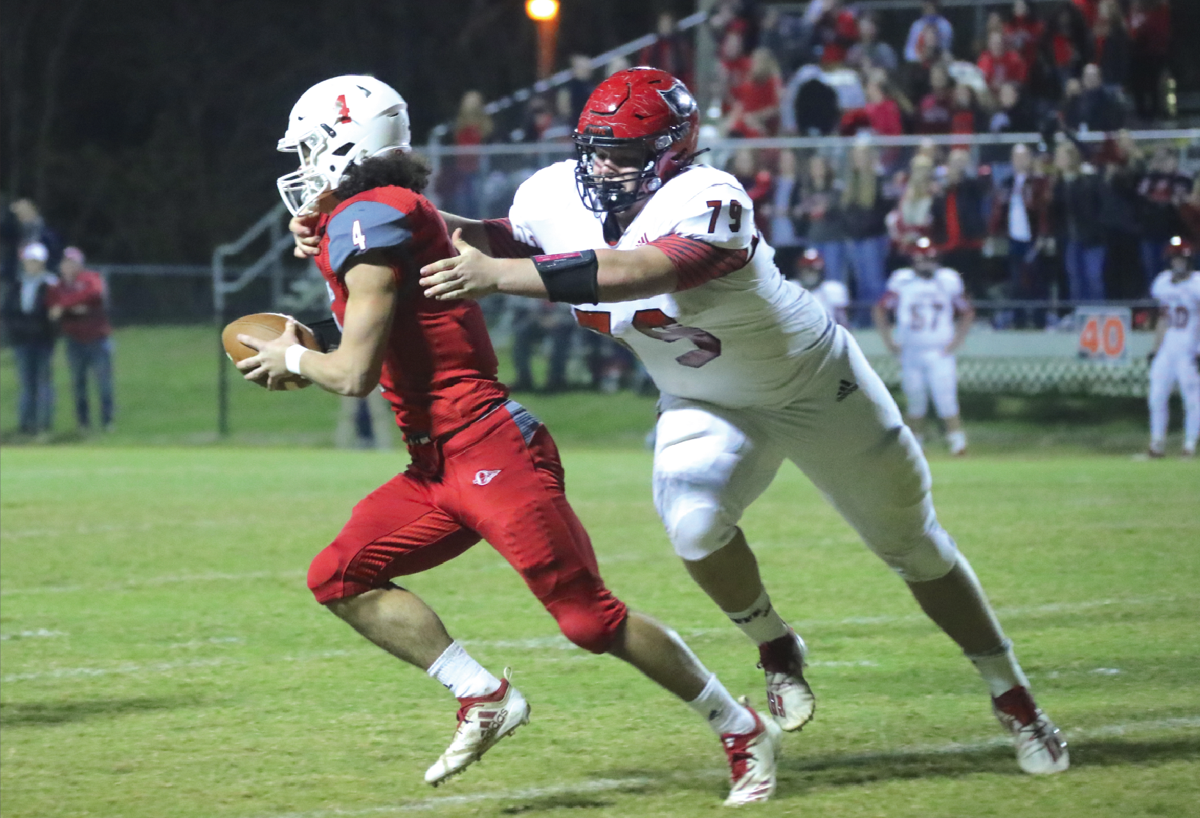 Fyffe defensive lineman Caleb Lyles (79) chases Ohatchee quarterback Eli Ennis in the backfield during the third round of the Class 3A state playoffs in Ohatchee on Friday night.

Fyffe quarterback Ike Rowell (4) runs through Ohatchee defenders en route to a touchdown during the third round of the Class 3A state playoffs in Ohatchee on Friday night.

Fyffe defensive lineman Caleb Lyles (79) chases Ohatchee quarterback Eli Ennis in the backfield during the third round of the Class 3A state playoffs in Ohatchee on Friday night.

OHATCHEE — Ike Rowell rushed for three touchdowns and passed for another as the Fyffe Red Devils downed the Ohatchee Indians 26-7 in the third round of the Class 3A state playoffs in Ohatchee on Friday night.

Fyffe (13-0) improved its program-record winning streak to 43 games with 13 consecutive state postseason victories in its quest for a third straight state championship and first since advancing to 3A.

The Red Devils will host Piedmont in the semifinal round next Friday night. Piedmont, the defending 3A state champion, defeated Saks 38-20 Friday night to advance.

Ohatchee (11-2) closed its season with its first state quarterfinal appearance since 2018.

The Red Devils pulled ahead 19-0 at the 8:35 mark in the third quarter when Rowell connected with Justin Stiefel for an 8-yard touchdown.

Rowell rolled to the left and hit Stiefel on target near the pylon. Brody Dalton added an extra-point kick.

Eli Ennis escaped a tackle in Ohatchee’s backfield and weaved through Fyffe’s defense to get his team’s offense across midfield for the first time of the night with 5:22 left in the third.

The Indians used short gains to reach the Fyffe 1, where Ennis ran left and dove across the goal line on fourth-and-1 with 39 seconds remaining in the period. An extra-point kick made it 19-7.

Rowell dove for a 2-yard score, his third rushing score of the game, to extend the Red Devils’ lead to 26-7 with 6:56 left in regulation following a Dalton kick.

After playing to a scoreless first quarter, the Red Devils used five plays to cover 62 yards and take a 6-0 lead.

On a first-and-10 play from Ohatchee’s 32-yard line, Rowell rolled out of the pocket toward the right sideline and launched a 29-yard pass to Dalton.

Two plays later, Rowell kept the ball and rushed for a 2-yard score with 9:01 remaining in the half. Dalton’s ensuing extra-point kick fell short.

Ennis kept an Indians drive alive midway through the quarter when he plunged ahead for a 1-yard run on fourth-and-1 from the team’s 39-yard line. The success was short-lived however, as Fyffe’s defense forced a fourth straight punt at the 4:35 mark.

The Red Devils struck again quickly on their ensuing possession.

Rowell faked a handoff on the first snap and, as the line of scrimmage opened, took off up the middle before cutting left and outrunning Ohatchee’s defensive backs down the left sideline for an 86-yard score.

Fyffe’s 2-point conversion run attempt with Rowell failed and the score remained 12-0 with 4:09 left in the half.

Stiefel made a 50-yard punt after Fyffe’s offense was stuffed on its own 47 with 1:27 to play, and defense prevented Ohatchee from threatening before the break.

Some clouds in the morning will give way to mainly sunny skies for the afternoon. High 53F. Winds light and variable.