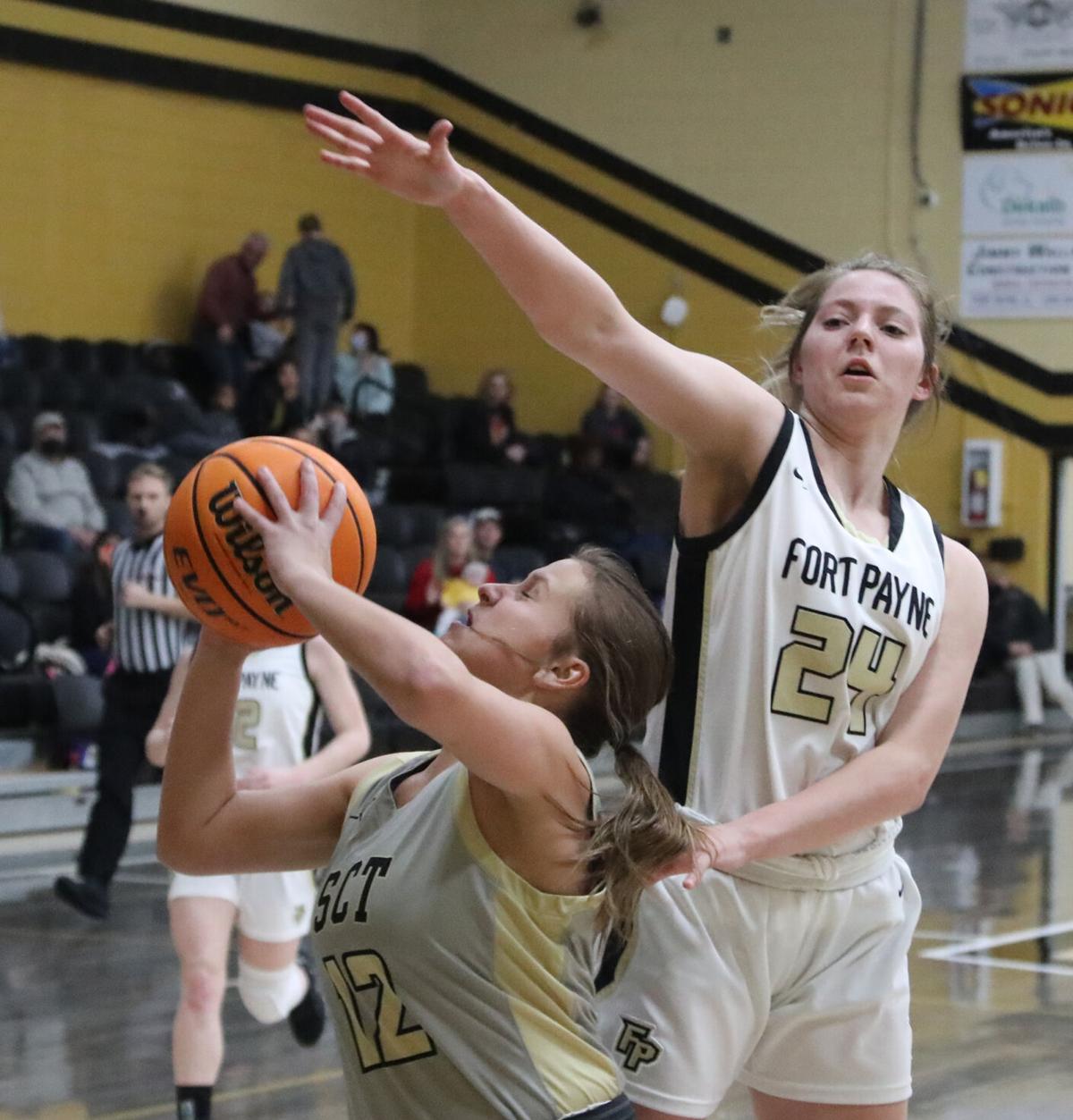 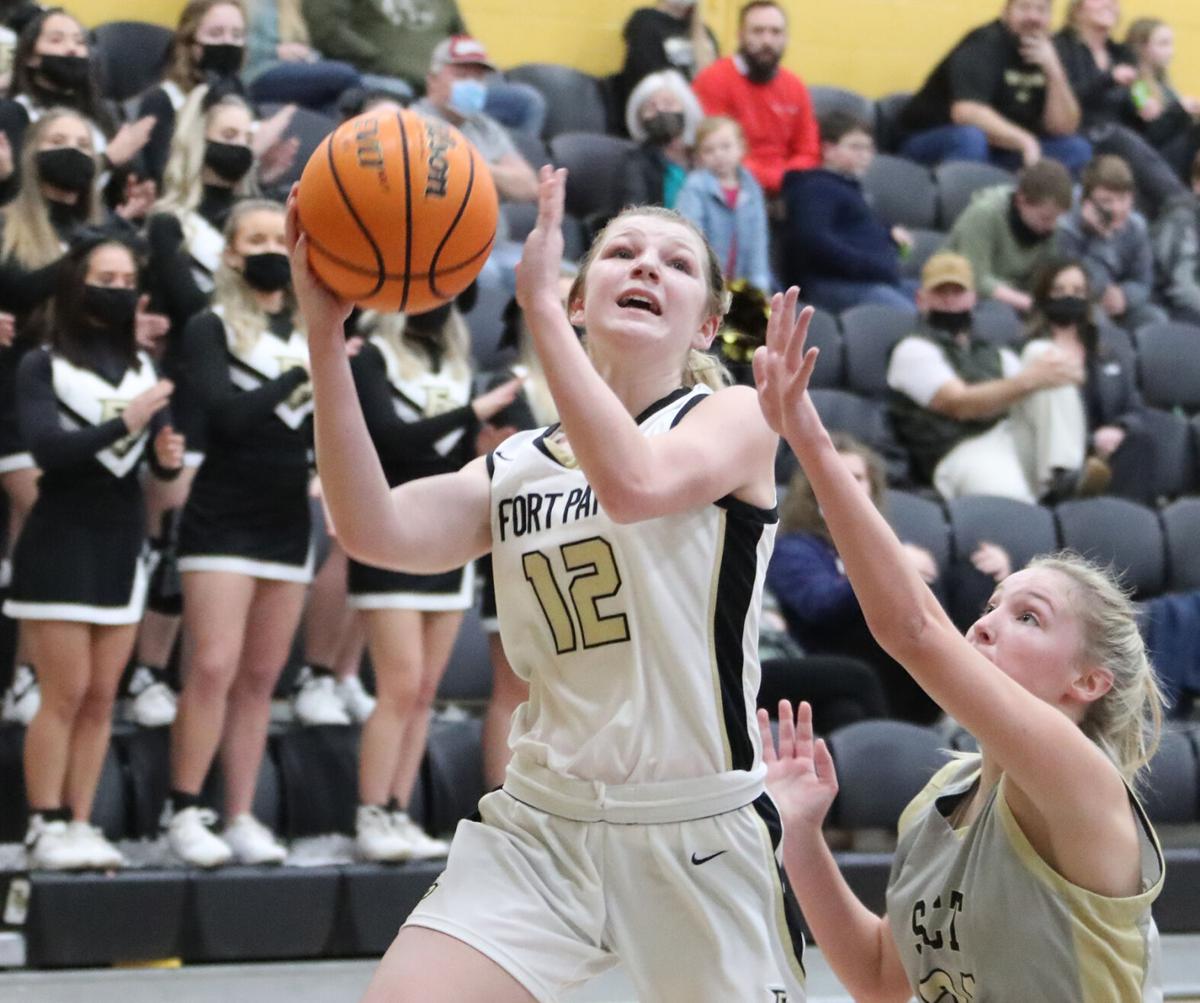 Fort Payne guard Graidin Haas (12) drives to the basket against Scottsboro during a Class 6A, Area 15 matchup in Fort Payne on Monday night.

Fort Payne guard Graidin Haas (12) drives to the basket against Scottsboro during a Class 6A, Area 15 matchup in Fort Payne on Monday night.

FORT PAYNE — When Scottsboro forward Jadaya Edmonson fouled out in the fourth quarter, it allowed Fort Payne to take advantage in the low post and gain an edge in the rivalry matchup.

Graidin Haas scored a game-high 23 points, Brylan Gray added 19 points and Fort Payne took the lead for good midway through the fourth behind layups en route to a 55-53 win against Scottsboro on Monday night.

“Once we got close, I thought the kids played well,” Fort Payne coach Steve Sparks said. “I thought we played hard the entire game.

“Personally, I feel like this was one of our best games of the year that we’ve played start to finish.”

In a close contest throughout, Logan Neil (nine points) assisted Haas with a layup to give Fort Payne the lead for good at 47-46 with 4:33 remaining in regulation. Gray completed a 3-point play to push it to 52-46 at the 3:37 mark.

Fort Payne led 55-51 with 5 seconds left before Scottsboro’s Tubbs made a buzzer-beating layup to end the game.

It was Fort Payne’s eight win of the season and improved its area record to 2-4.

“Graidin and Brylan played well and Logan shot well from the perimeter,” Sparks said. “We had some young ones step in and play some defense. I was pleased with everybody’s effort and contribution tonight.”

Scottsboro led 32-23 at halftime following two free throws by Allie Scott with 44.3 seconds left in the half.

Fort Payne rallied to start the second half.

“I thought we clawed our way back with a few defensive stops and adding some shots on offense,” Sparks said.

Some clouds in the morning will give way to mainly sunny skies for the afternoon. High around 55F. Winds NNE at 10 to 15 mph.

Mostly cloudy in the evening then periods of showers after midnight. Low 54F. Winds light and variable. Chance of rain 40%.