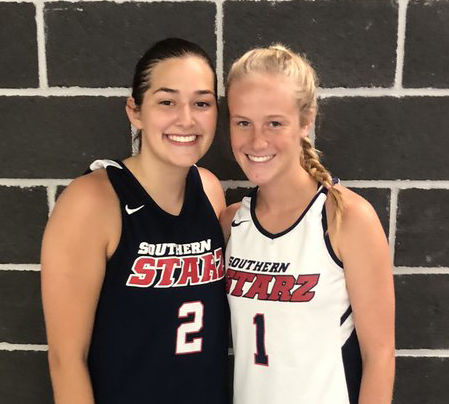 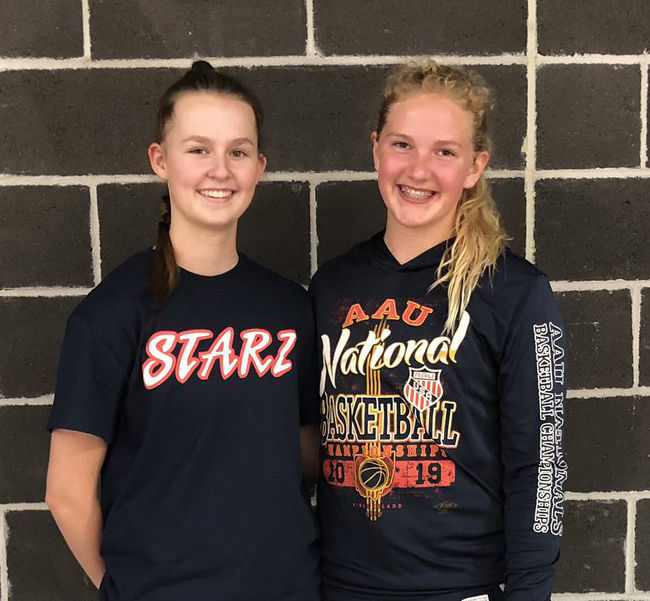 With the COVID-19 pandemic putting the travel ball season on hold, many teams in this week’s tournament in Hoover performed with few practices.

“We have struggled a little bit the first few games,” said Hamilton, an incoming senior and member of Alabama Southern Starz 2021. “We have a new coach and almost a completely new team so we’re trying to get to know each other and learn how to play together.”

Hamilton said her team had two practices prior to competing in the War Games but said she saw improvement over the course of the games.

Hamilton, a starter for the 2019-20 Class 2A state champion Collinsville girls basketball team, joined the Southern Starz as a sixth-grader. She’s played every season since with an exception of her eighth-grade year due to shoulder surgery.

Tatum and Coots are teammates on the Starz 2023 team. They said the team had a tough first outing at the tournament.

“We have played some extremely talented teams,” said Tatum, a starter for the reigning state champion Collinsville girls basketball team. “You can tell that they got together and practiced once or twice a week. Our Starz team can’t do that because we live in different states.”

Coots is playing in her first year with the Starz. She said she’s enjoyed her time playing alongside Tatum.

“I think we have a similar playing style so it’s easy to play with her,” Coots said.

At Fyffe, Childress and Coots have a new basketball coach, Heather Powell. Powell was a multi-sport athlete at Fyffe and returned to coach at her alma mater this spring following a stint as head coach of the Guntersville girls basketball team.

Powell replaces King, whose leadership propelled Fyffe’s girls basketball program to a 105-22 record across four seasons. King began his run with the Red Devils in 2016, guiding the program to four area championships, a state Final Four appearance during the 2017-18 campaign and into state finalist contention in 2018-19.

Childress and Coots said they like what Powell has brought to their three-day-a-week workouts this summer.

“She’s a very good coach. I think we’ll have a good season,” Coots said. “She really seems to know what she’s talking about and we’re all looking forward to it.”

Childress said Powell’s motivational expertise and personality make her easy to like.