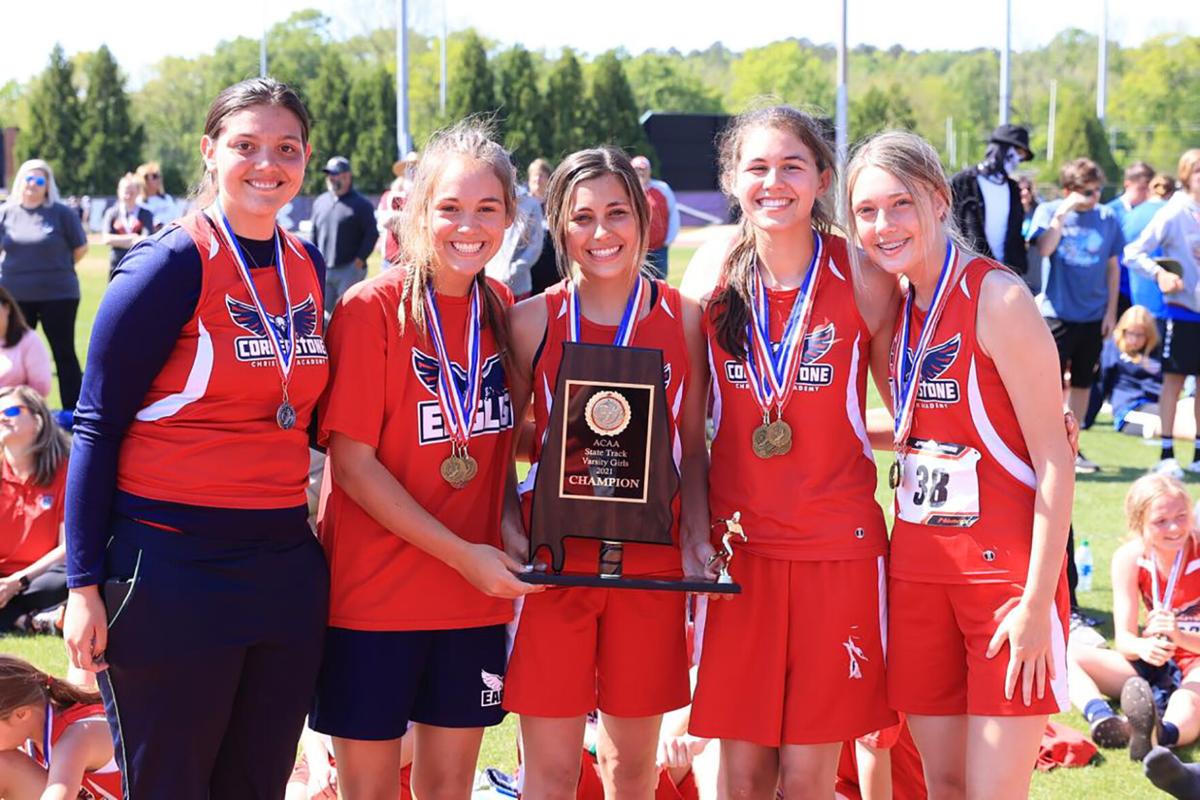 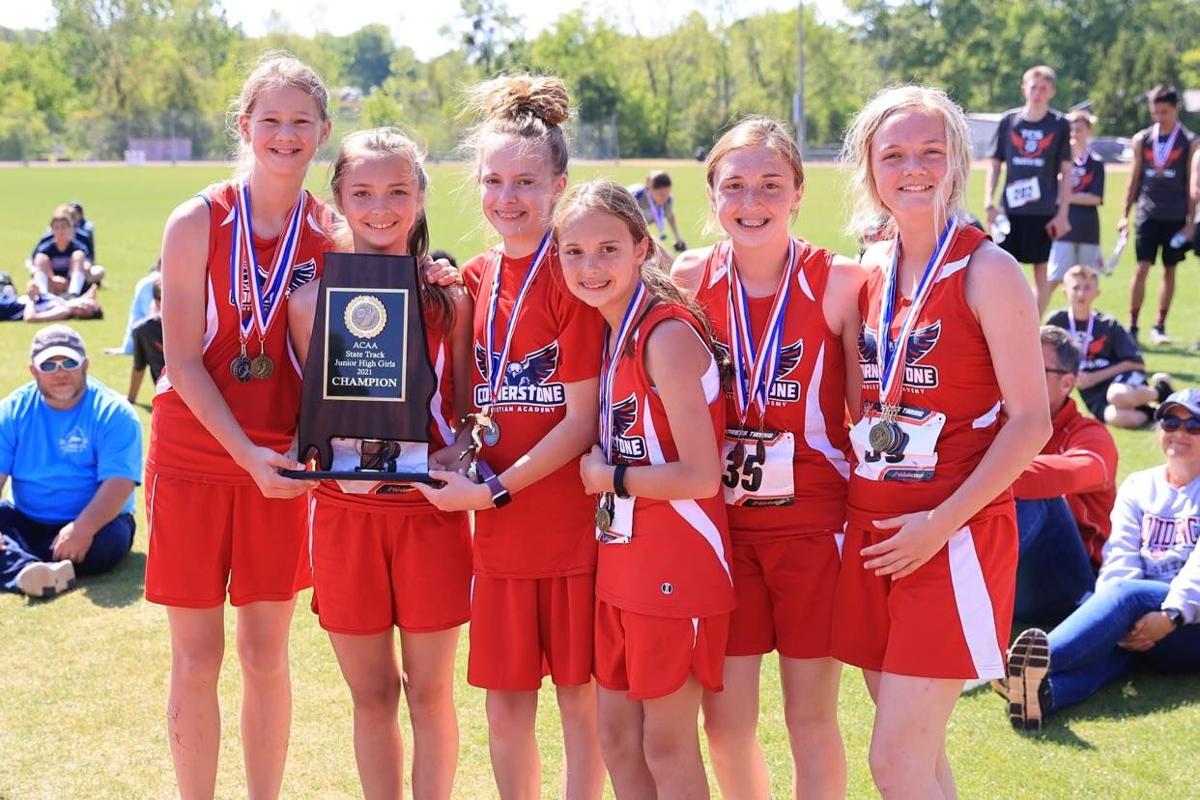 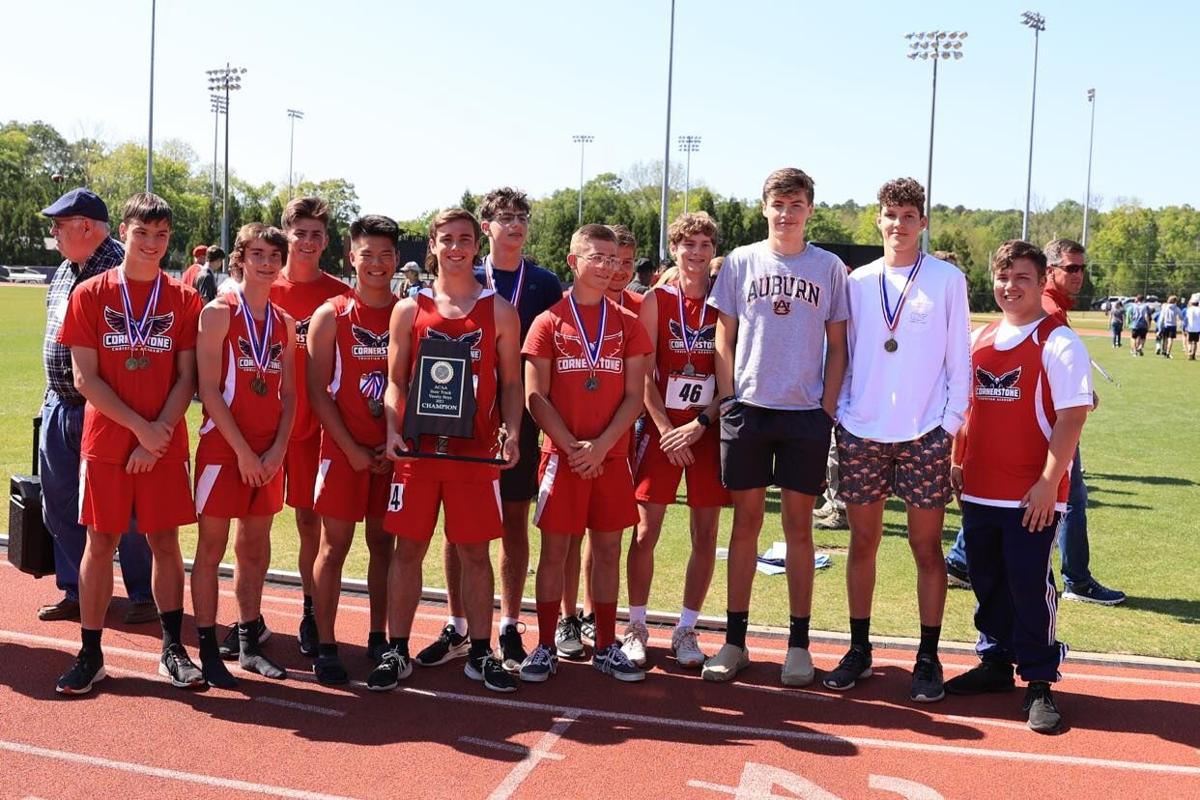 When Cornerstone Christian Academy’s track and field program began in 2017, there were only five runners.

Four years and a lot of depth later, the Eagles are state champions, winning titles in three of the four divisions at the Alabama Christian Athletic Association Track and Field Championships at the University of Montevallo last Thursday.

“I'm more of a mom than a coach and I have a mom's pride in every one of these athletes,” Eagles coach Lindy Gatewood said. “They have come so far and have the best attitudes.”

The varsity girls and varsity boys claimed state titles, as did the junior high girls. Combined, the Eagles placed in every event at last week’s state meet.

More than half of Cornerstone’s junior high girls team are sixth-graders, Gatewood said. It was the first state track meet for all but one of the girls.

“These girls are not strangers to running and winning,” Gatewood said. “At the end of October they competed in the state cross country meet and placed first in that, too.”

Cornerstone’s varsity girls consists of only five athletes. The girls placed first in both the 4x100- and 4x200-meter relays, coming less than 1 second from the state record.

“We are losing Matthew Johnson, a very important member of our team, this year when he graduates,” Gatewood said.

The junior high boys finished second overall. Both the 4x100 and 4x200 relay teams took first place. Jess Nelson and Jake Nelson both brought home first-place medals, following in the footsteps of their older siblings who compete at the college level.

Gatewood said with such a young and enthusiastic team, she sees more trophies in the program’s future.