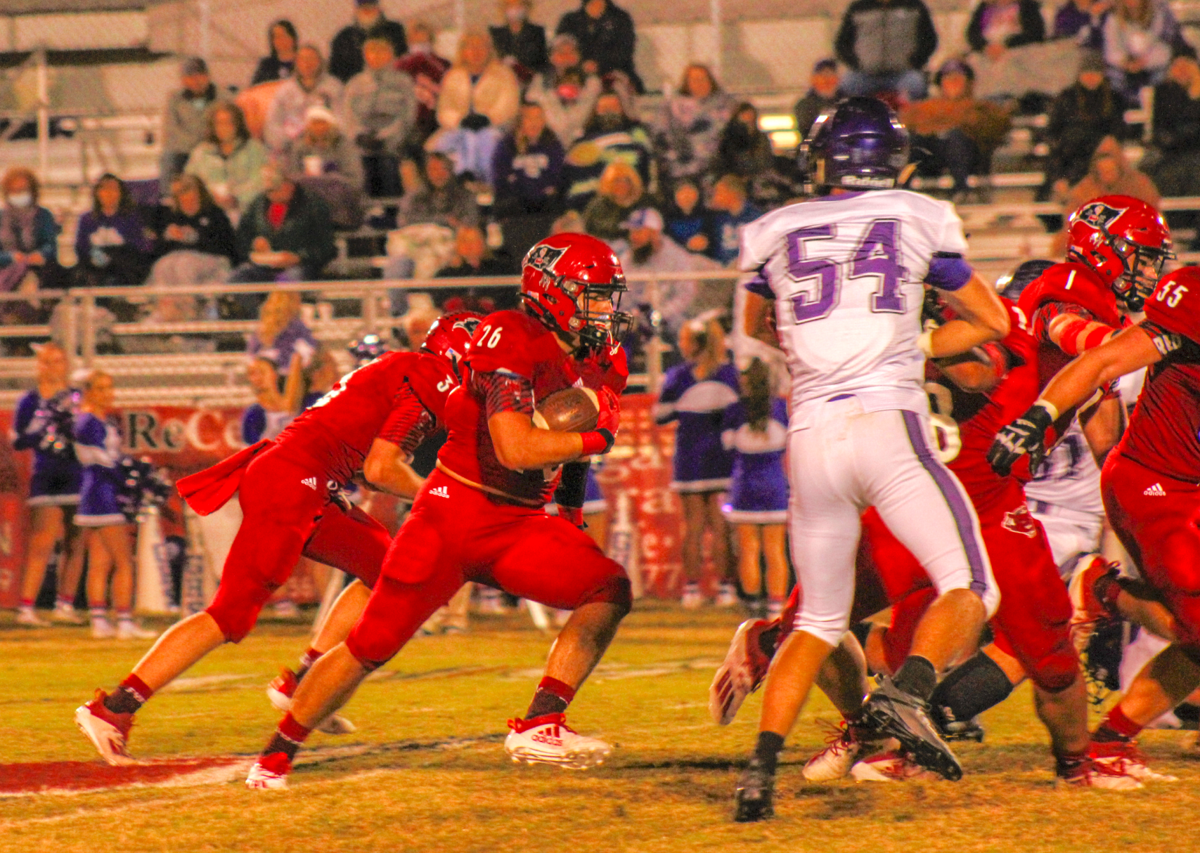 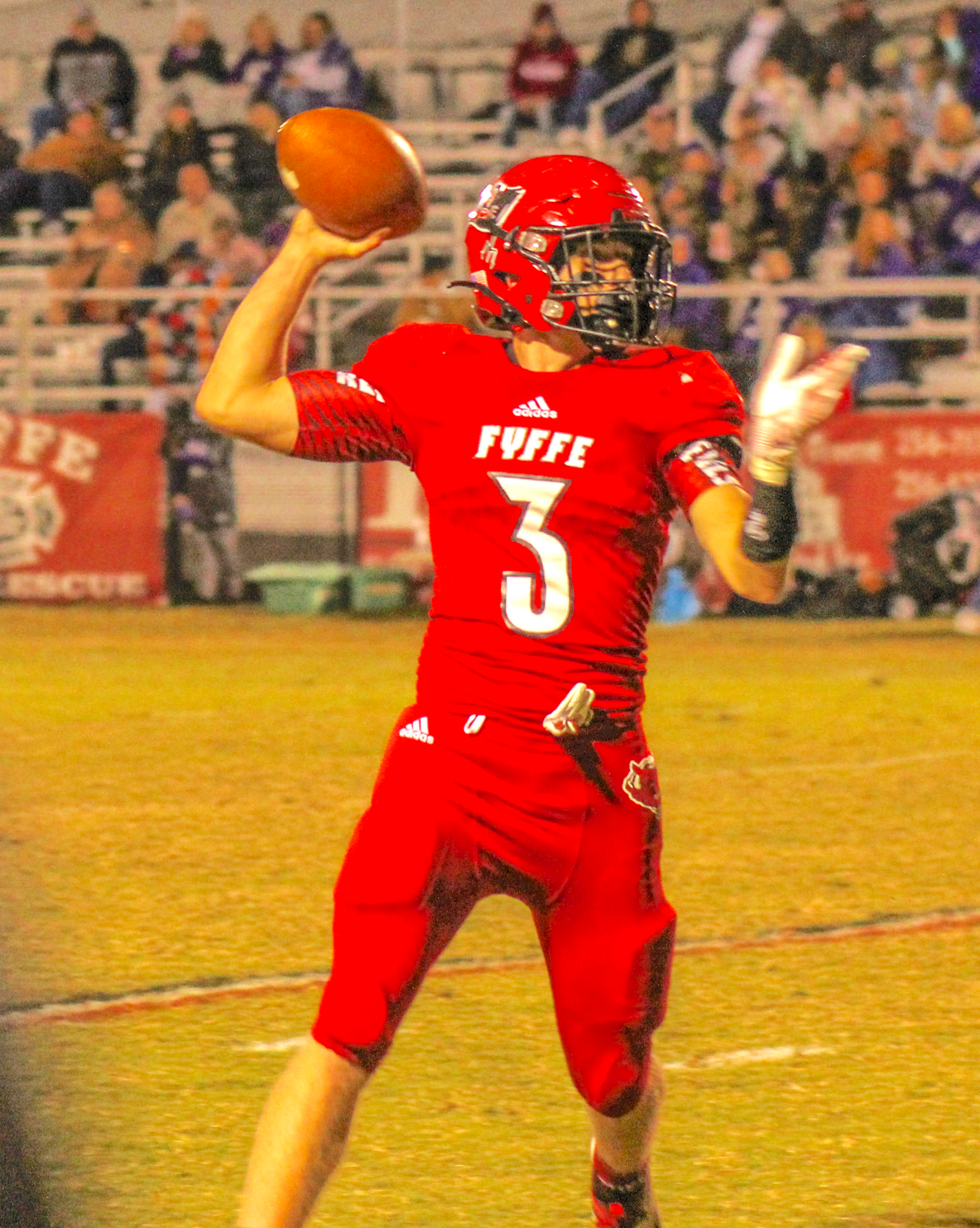 Fyffe’s Hunter Gillilan (3) attempts a pass in the first half against the Geraldine Bulldogs in Paul Benefield Stadium. The Red Devils rolled to 51 points in the game.

Fyffe’s Hunter Gillilan (3) attempts a pass in the first half against the Geraldine Bulldogs in Paul Benefield Stadium. The Red Devils rolled to 51 points in the game.

FYFFE — The Fyffe dynasty continues as the Red Devils added another milestone to their successful run with a 51-7 victory against county rival Geraldine.

The Fyffe victory tied the state record for most consecutive regular-season wins with 56 and gave them their fifth consecutive region title. It was also the Red Devils first region championship in Class 3A after moving up a classification this season.

The last time Fyffe lost a regular-season game was in 2015 to Cleveland. Head coach Paul Benefield said the accomplishment is a testament to the program.

“I am just proud of our winning streak in the regular season and five region championships in a row,” he said. “Records are made to be broken. They are records for a reason, but if you win 56 regular season games you are doing something right and the kids are working hard and committed to what they are doing. It takes being good and some luck.”

The Red Devils had to get the victory without three of their best players in Ike Rowell and Eli Benefield. Caleb Lyles returned to the field this week but wasn’t 100%.

Even with those players out Fyffe stepped up and dominated Geraldine with 508 yards of total offense with 454 yards rushing.

Hunter Gillilan led the way with 129 yards rushing on 12 carries and two touchdowns. He also was 2-for-4 passing for 54 yards and a touchdown.

“Hunter has stepped up and we have had a lot of other guys step up also,” Benefield said. “We had an eighth-grader in Tucker Wilks playing right tackle and he stepped up and played like a man. We don’t make excuses and this is a team thing. You’ve got to keep a level head and work hard and get better every week.”

Gillilan scored the first touchdown of the game on a 7-yard run with 7:21 remaining in the first quarter. Brody Dalton added the extra point to make it 7-0.

In the second quarter, Gillilan scored again on an 11-yard run that capped off an 11-play 94-yard drive. Dalton gave the Red Devils a 21-0 lead with the extra-point.

With 3:29 remaining in the first half, Dukes scored on a 9-yard run. The extra-point attempt failed and Fyffe led 27-0.

Dalton recovered from the missed extra-point and made a 20-yard field goal with 2.4 seconds remaining in the first half to give Fyffe a 30-0 lead at halftime.

Mize added another score for Fyffe with 9:32 remaining in the third quarter on a 33-yard run. Dalton added the extra-point.

Geraldine got on the board with 3:24 remaining in the third on a 5-yard run from Anthony Baldwin that capped off a 12-play 65-yard drive. Jose Garcia added the extra point and Fyffe led 37-7.

Brodie Hicks scored two touchdowns in the fourth quarter on runs of 8 and 48 yards to make the final score 51-7.