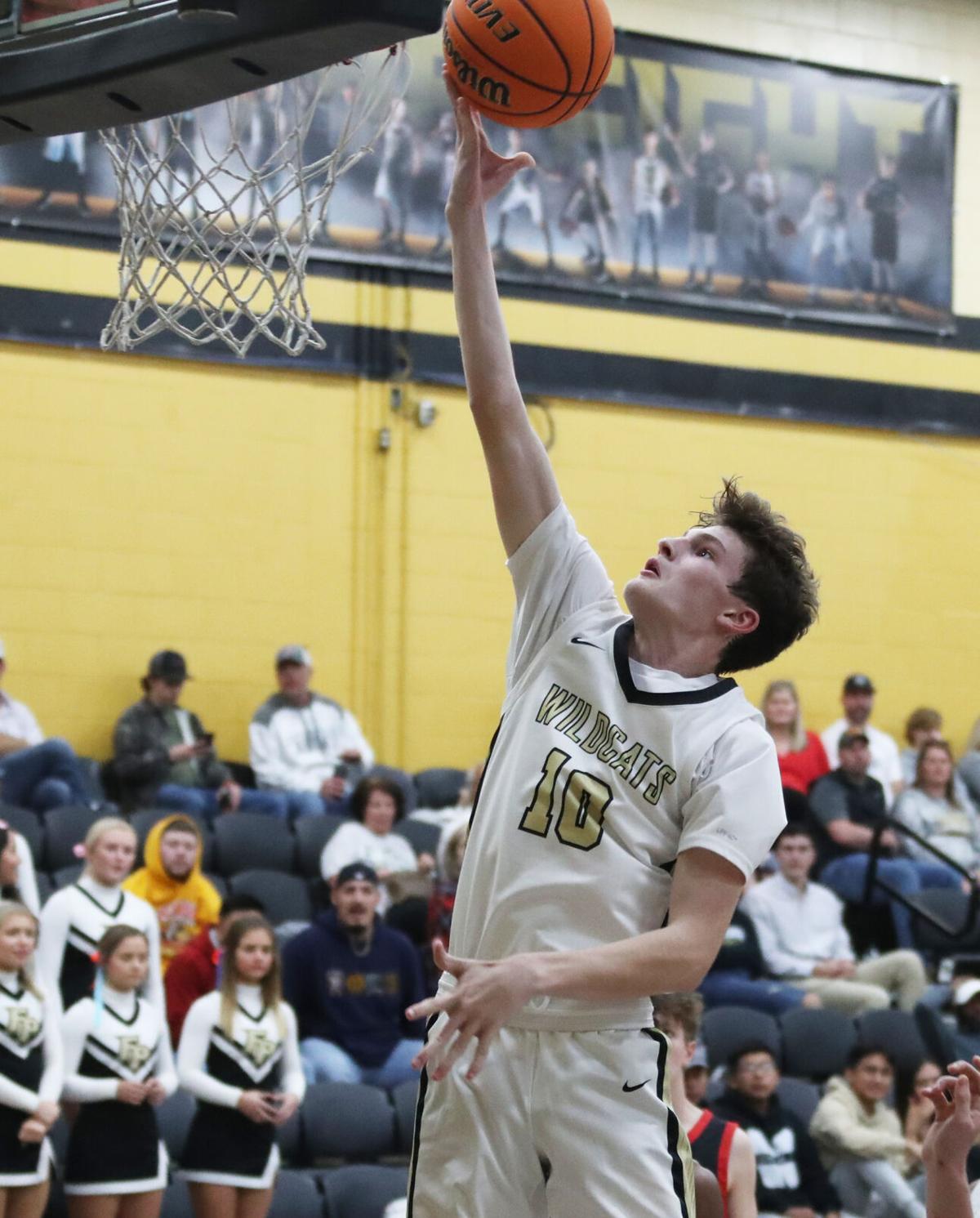 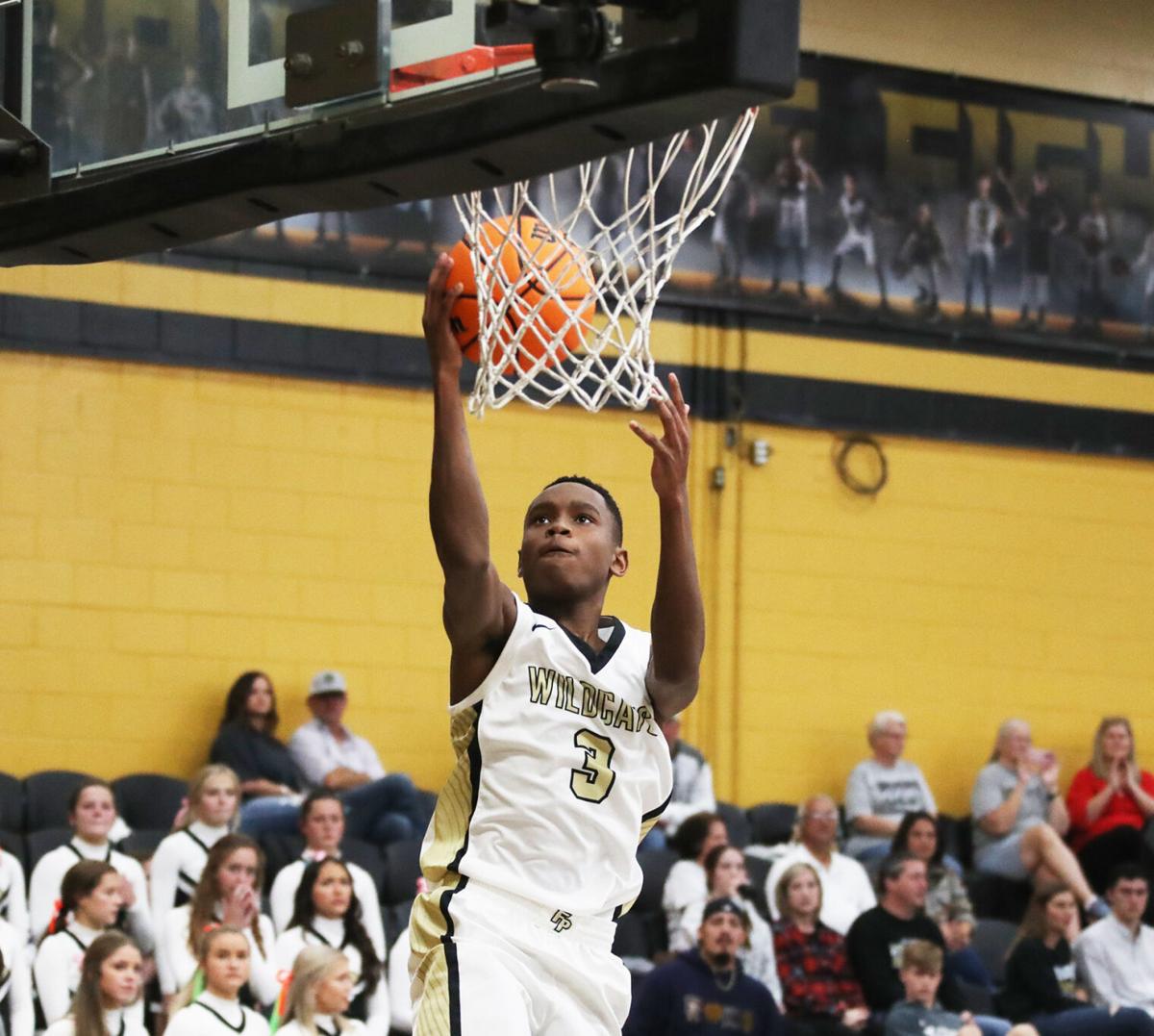 Fort Payne's Malik Turner drives in for a layup against Albertville on Tuesday night. 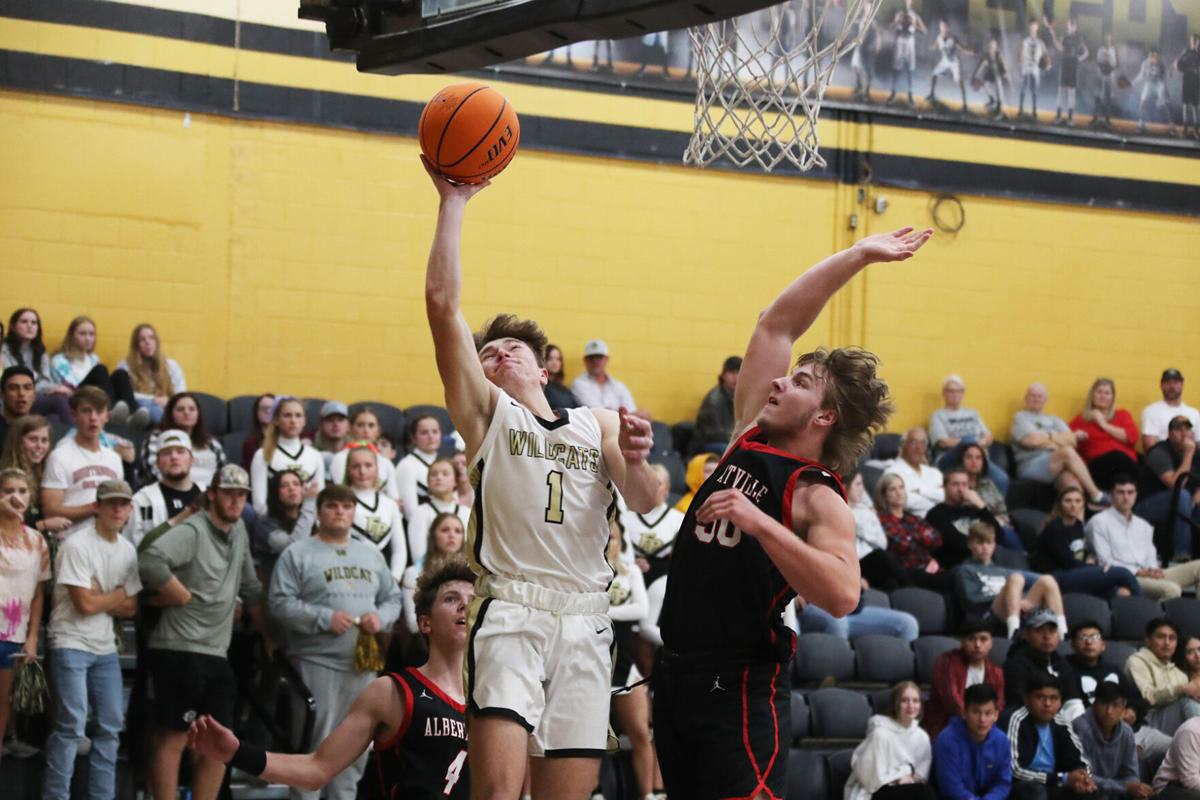 Fort Payne's Malik Turner drives in for a layup against Albertville on Tuesday night.

After trailing the entire way, Fort Payne grabbed the lead for the first time with less than 3 minutes left in regulation.

And when visiting Albertville pulled ahead by three in the final seconds, the Wildcats still had a chance to force overtime.

Out of a timeout with 9.2 seconds remaining, Malik Turner brought the ball up court and passed to Will Stephens, who side-stepped against two defenders and launched a contested 3-pointer that bounced off the rim as time expired, closing the game with a 60-57 Aggie win in Fort Payne’s home opener Tuesday night.

“We just have to figure out how to finish a game when we have a lead like that in the last couple of minutes,” Fort Payne head coach Michael Banks said. “It was a good learning experience.”

The Wildcats trailed by as many as 14 points early in the second quarter, but closed the period with a 4-0 run that pulled them within 30-27 at intermission.

“We found out pretty quickly that they were good shooters,” Banks said. “Most of their 3s came off drives and kicks, so we had to do a better job of guarding the drive so that we didn’t have to pull the help off as much, and we started doing a better job of that in the second quarter. We started not letting them drive to the basket and having help come off to stop the ball, leaving shooters open. We did a little bit better job of contesting shots.

“If they’re making shots, sometimes it’s tough. If they’re doing a good job of breaking us down in the paint and kicking out, it’s tough.”

Stephens scored in the paint before Jake Barnes added a teardrop layup, stole a pass and pushed it ahead to Ledford for a layup, making it 30-24 with 20 seconds left. Turner assisted Cash with a 3-pointer from the left wing to end the half.

Albertville buried three 3-pointers midway through the third period to extend the lead to 44-34, before another 4-0 run by the Wildcats tied the game at 44.

Stephens hit a 3 and found Ledford for a layup off an inbounds play, and Darrell Prater scored in the low post to tie things with 50 seconds to play in the quarter.

Playing in his second varsity game, Stephens scored eight of his game-high 20 points in the third.

“(Stephens) has really come along,” Banks said. “We moved him around a little bit, trying to figure out where he fits best and I think we’ve figured out what he can do. There’s a lot of upside for him and I was really impressed with how he took the scoring mantle for us there in the third quarter.”

Turner threw down a dunk that erupted the Fort Payne crowd with 6:29 left in regulation, drawing a foul in the process. His free-throw attempt was negated by a lane violation and Albertville maintained a 49-46 edge.

“I’m really proud of their effort. They really had to battle back from double-digit leads twice,” Banks said of his players. “We played a lot better defensively after the first quarter.”

Eli Kirby scored in the post with 2:22 left to give the Wildcats their first lead, before Albertville’s Moss assisted Isaac Henderson with the go-ahead layup at the 1:04 mark.

Moss added a pair of free throws during a 1-and-1 shooting situation with 9.2 remaining to cap the scoring.

“Defense has really been our focal point,” he said. “How we react to situations, overcoming adversity and playing through things; we did that tonight and our defense was a lot better, technically, so I was happy with that.”