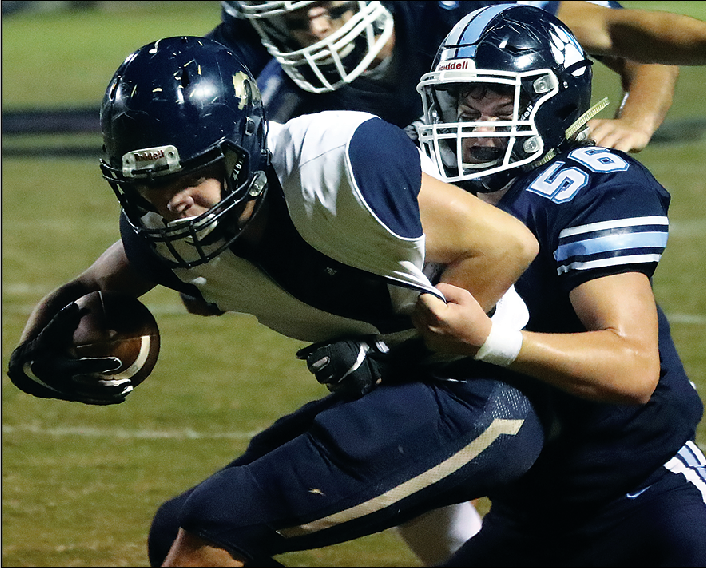 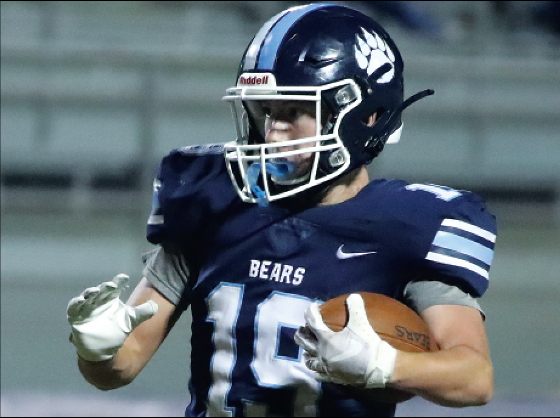 Plainview running back Sam Crowell carries the ball during the first half against Brindlee Mountain at First State Bank Field in Rainsville on Thursday night. 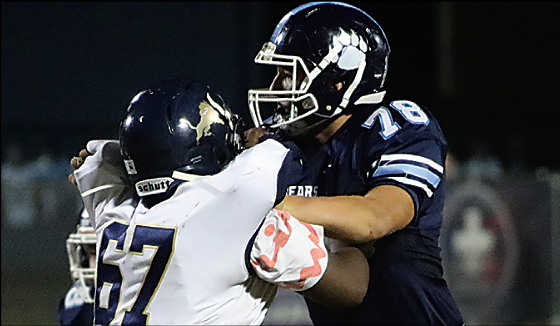 Plainview running back Sam Crowell carries the ball during the first half against Brindlee Mountain at First State Bank Field in Rainsville on Thursday night.

The Class 3A, Region 7 contest was advanced from its originally scheduled Friday night kickoff date due to a booking issue among game officials.

The Bears (8-1, 5-1) closed region play with a three-game winning streak and locked down the region’s No. 2 seed in the upcoming state playoffs, in which they will host a first-round opponent.

Plainview made quick work of the winless Lions (0-10, 0-6), rolling to a commanding 28-0 lead heading into the second quarter. Marcos Vega, Brody McCurdy and Dylan McCullough all accounted for touchdown runs for the Bears in the opening period.

The Bears led 41-0 at halftime and finished the night with 428 yards of offense (all from rushing) and 16 first downs. Brindlee Mountain was limited to 108 yards (88 passing, 20 rushing), six first downs and lost all four fumbles.

Brown led all Plainview runners with 108 yards on six carries with a score, Hall added three carries for 107 yards and a score and McCurdy rushed one for a 49-yard touchdown.

Plainview is scheduled to close regular-season play with a visit to Glencoe on Friday.

Overcast with rain showers at times. Much cooler. Temps nearly steady in the mid 30s. Winds WNW at 10 to 15 mph. Chance of rain 50%.

Chance of a shower or two during the evening, followed by partly cloudy skies late. Low 32F. Winds NW at 5 to 10 mph. Chance of rain 30%.