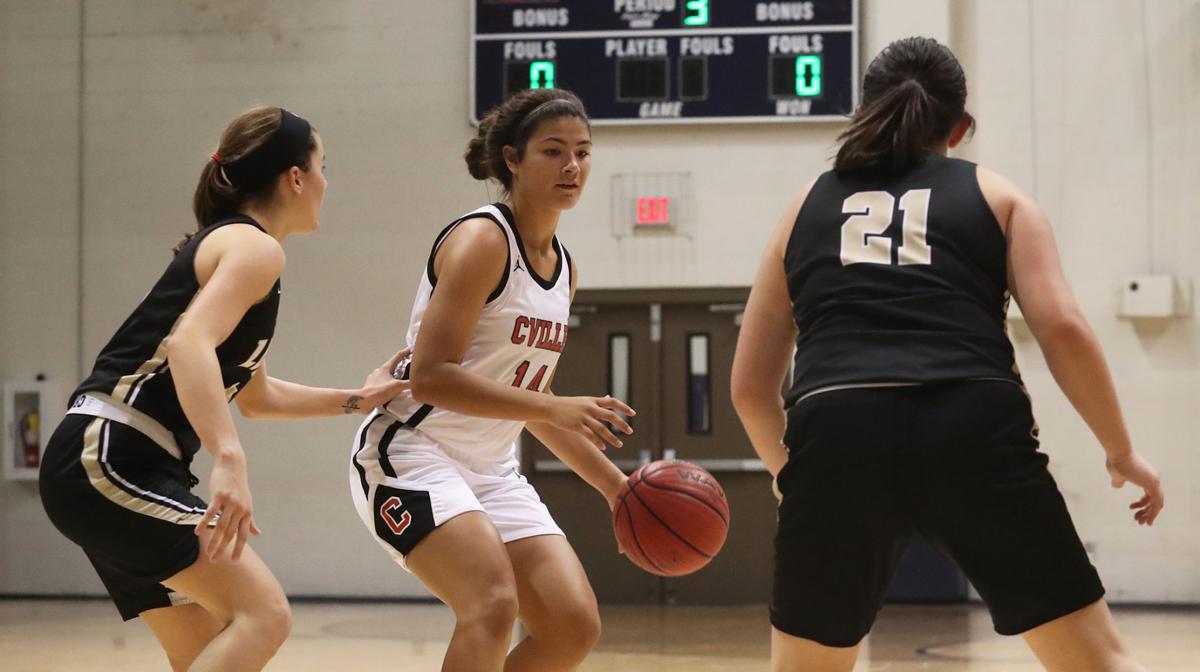 Collinsville's Brittany Rivera, center, works between a Crossville double-team of Riley Jones, right, and Hailey Haston during a game this season. 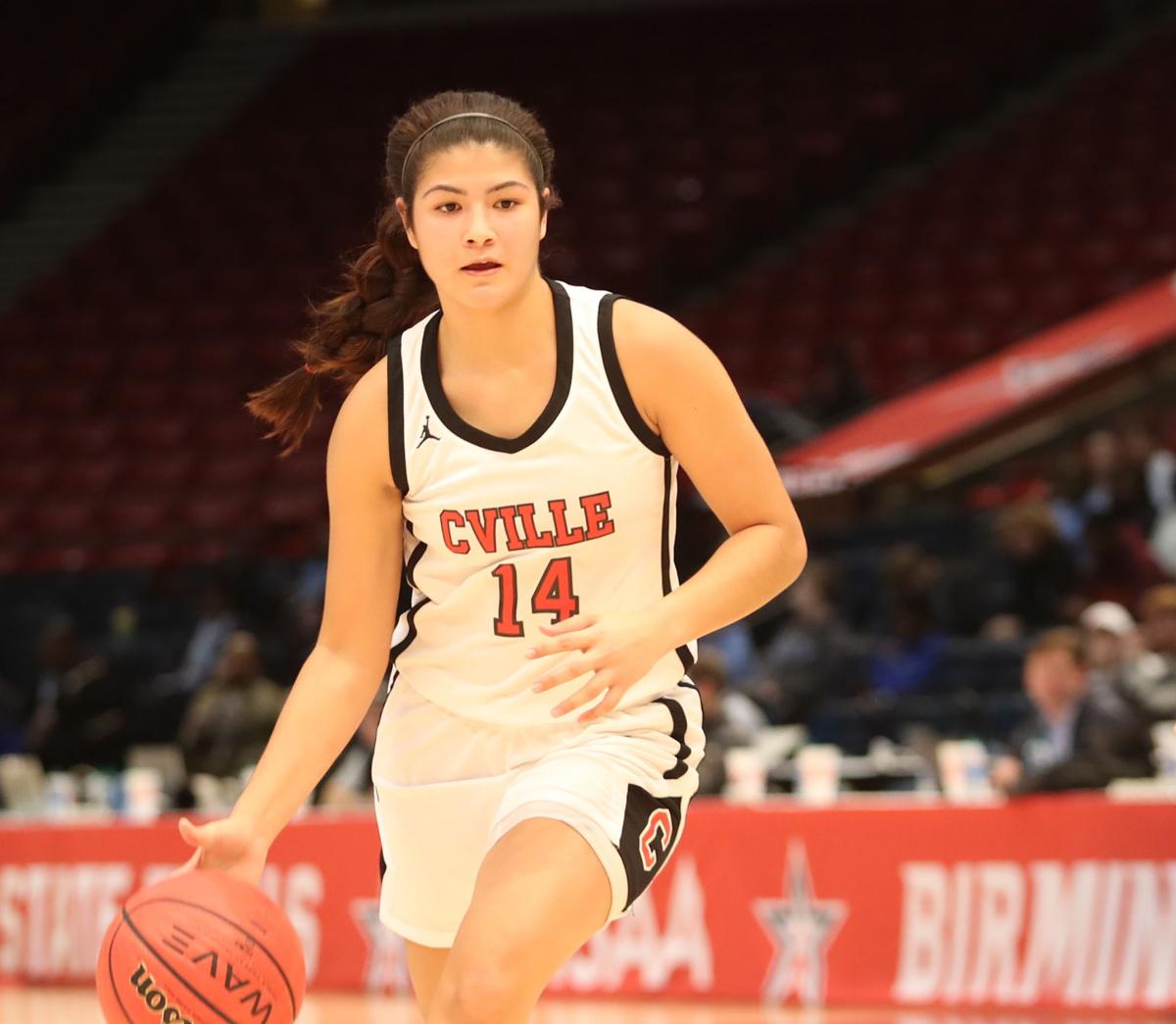 Collinsville's Brittany Rivera drives into the lane during the AHSAA Class 2A state championship game against Cold Springs at Legacy Arena in Birmingham on Feb. 28.

Collinsville's Brittany Rivera, center, works between a Crossville double-team of Riley Jones, right, and Hailey Haston during a game this season.

Collinsville's Brittany Rivera drives into the lane during the AHSAA Class 2A state championship game against Cold Springs at Legacy Arena in Birmingham on Feb. 28.

Collinsville senior Brittany Rivera was named as one of three AHSAA Class 2A player of the year finalists by the Alabama Sports Writers Association this weekend.

Rivera, a 5-foot-9 forward, helped lead the Collinsville girls basketball team to a 29-3 record and the first state championship in program history this season.

She was named a 2A finalist for the classification's top player award with Cold Springs’ Elizabeth Hill and Geneva County’s Karoline Striplin.

Rivera signed a national letter of intent to continue her academic and basketball career with Gadsden State Community College. She averaged 14 points and eight rebounds in her final season with the Panthers and was named regional and state tournament MVP.

Hill, who is the reigning 2A player of the year, led Cold Springs to a 31-5 record and two straight Northeast Regional championships. The 5-11 forward broke the 2,000-career point threshold in a win against Vinemont in January. She averaged 19 points and seven rebounds as a senior.

Striplin, a 6-3 junior forward, led Geneva County to a 25-6 record. She’s committed to the University of Tennessee and averaged a double-double of 21 points and 13 rebounds this season.

The player of the year winners will be announced next week with Super All-State teams to follow. In addition, this year’s Mr. and Miss Basketball, which was originally scheduled for April 7, has been canceled.

“It is with regret that the Alabama Sports Writers Association announces the cancellation of the 2020 Mr./Miss Basketball banquet and awards ceremony due to ongoing concerns regarding the coronavirus (COVID-19) pandemic,” ASWA president Creg Stephenson said in a prepared statement. “We had hoped to go on as planned with the event, or at least postpone it to another date. However, with each passing day, it has become more and more apparent that either option would not be feasible, both for health and safety reasons and due to the constraints of the calendar. We still hope we will be able to publicly honor this year’s Mr. and Miss Basketball recipients at a later date and will make the appropriate announcement when more information is available.”

Here is the complete list of nominees from all AHSAA classifications, as well as AISA teams:

Cloudy with occasional rain after midnight. Low 49F. Winds SE at 5 to 10 mph. Chance of rain 100%. Rainfall near a quarter of an inch.

Showers likely and possibly a thunderstorm during the evening, then some lingering showers still possible overnight. Potential for heavy rainfall. Low near 55F. Winds SW at 10 to 20 mph. Chance of rain 90%.