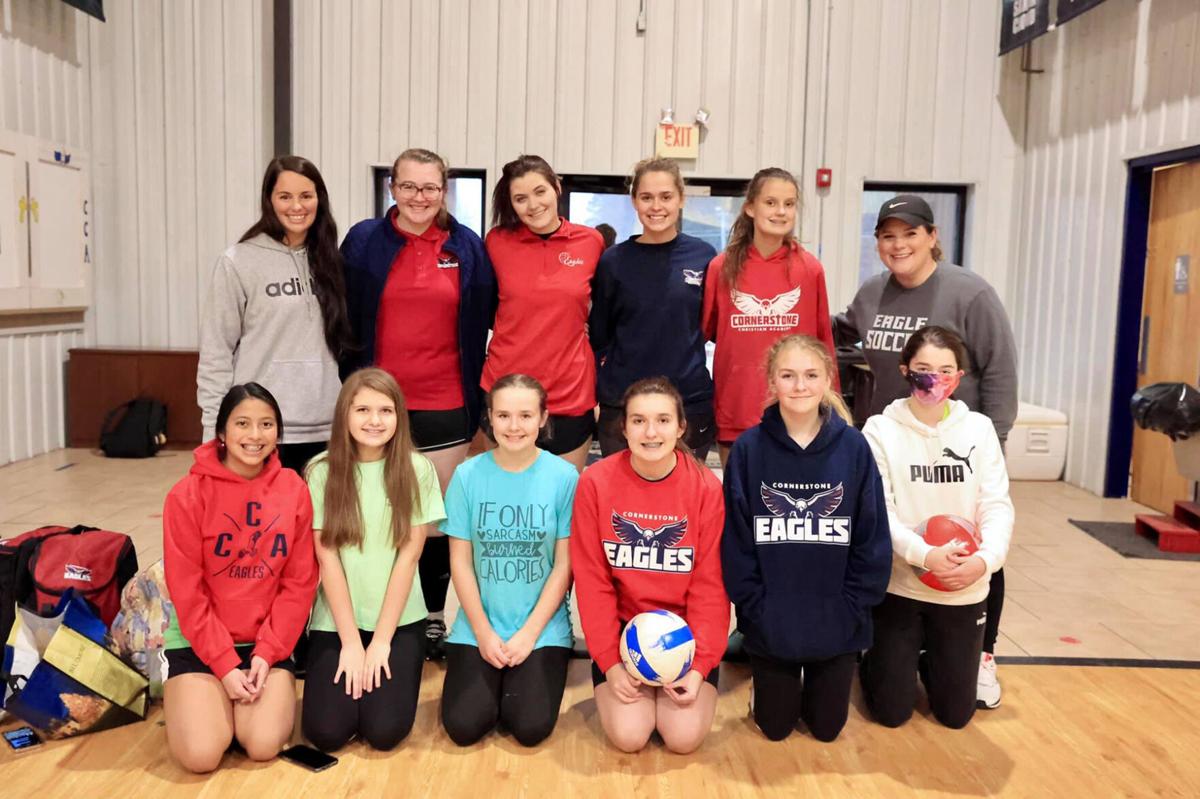 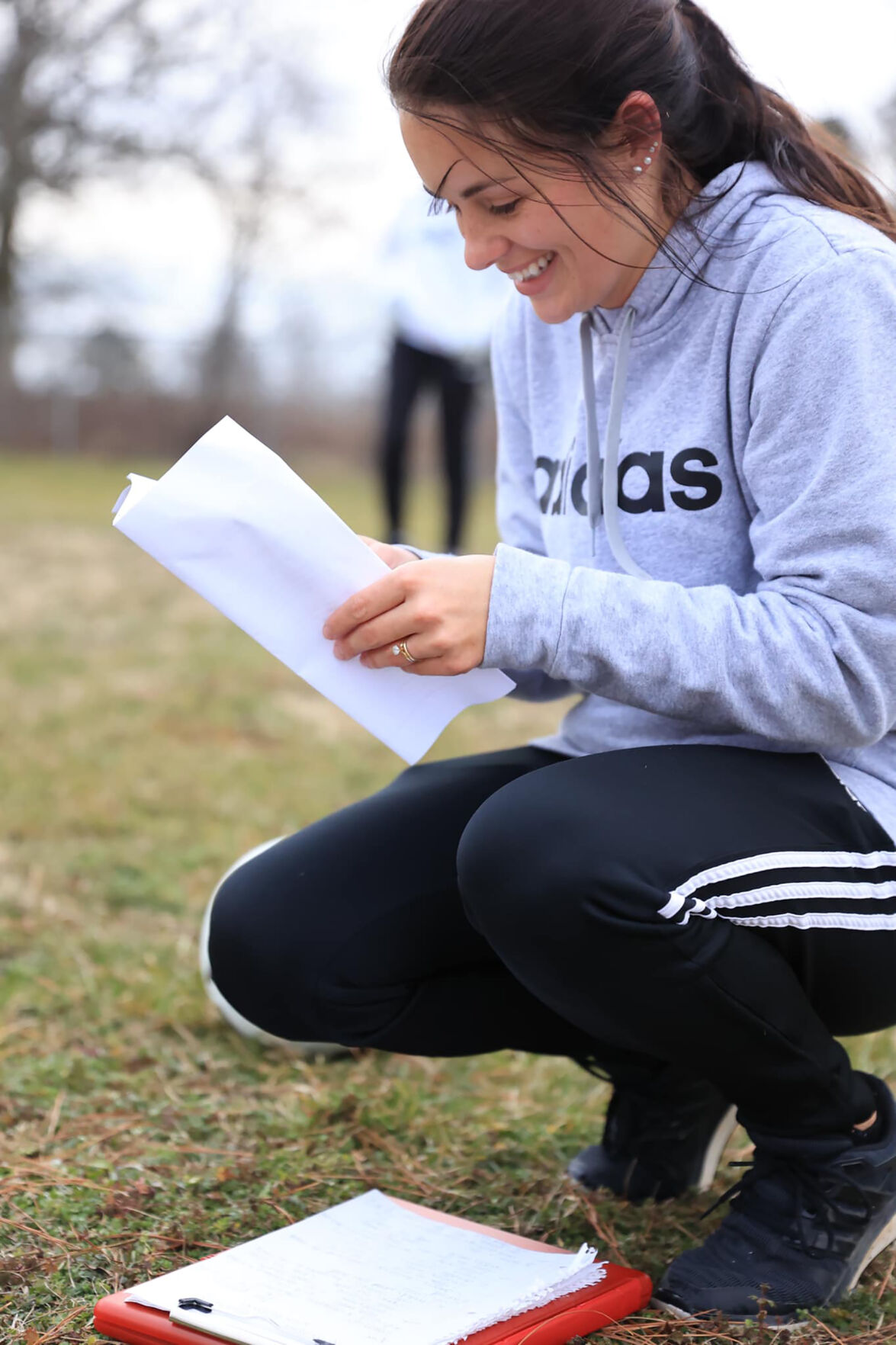 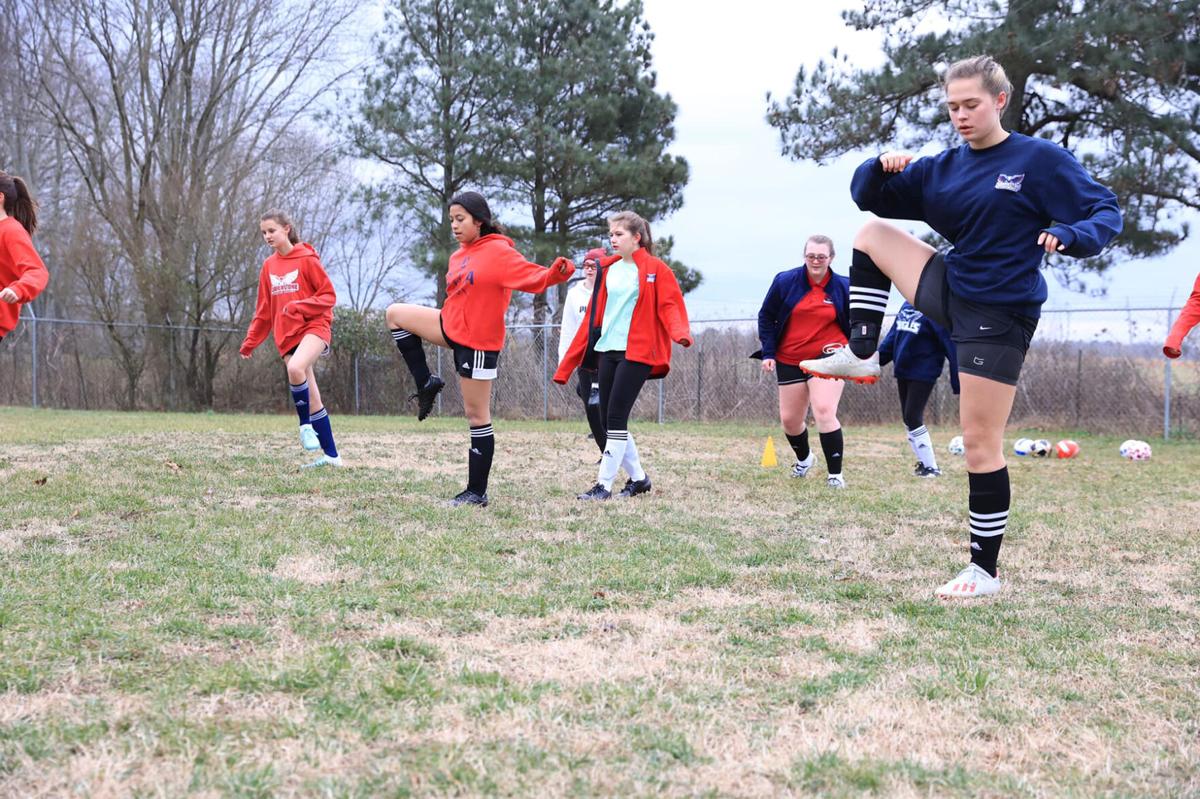 The Cornerstone Christian Academy soccer team is pictured during a practice.

The Cornerstone Christian Academy soccer team is pictured during a practice.

FORT PAYNE — Since Cornerstone Christian Academy’s Upper School Athletic Program began seven years ago with volleyball and basketball, the school has continually added sports based on interest and enough players to properly field a team.

Soccer is the latest sport to be added to CCA’s athletic menu.

Athletic director Heather Harrison said senior Sagen Dollar and junior Allison Nelson have been asking for the opportunity to play the sport for several years.

“This is the first year that enough have signed up for a team,” Harrison said.

The Eagles are led by head coach Kristin Adams, who is also the lead physical education teacher at the school.

Adams, 25, has more than a decade of soccer-playing experience as a travel club athlete. Her experience with the sport and ability to connect with the CCA’s young student-athletes made her the ideal candidate to lead the school’s new athletic program.

“(Adams) has had athletic influence with the students for several years,” Harrison said. “She has been instrumental in assisting coach Sam Graham in athletic conditioning.”

Said Adams, “I was nervous at first, because I’ve played forever but I’ve never coached and I’m only 25. But I’m looking forward to it.”

CCA’s soccer program is a girls program for now, as it was the area where there was enough interest for a launching.

Harrison said the Alabama Christian Athletic Association does not sanction soccer, but other private athletic associations in Alabama have teams that allowed for competition scheduling.

Although matches will not be sanctioned for state competition this year, Harrison said the inaugural season will be a great opportunity to build competition with experienced teams.

“Growth at CCA is exciting to watch,” she said. “Our school is thankful for the support of the community to give all opportunities. CCA is thankful for churches and cities who are supportive.”

The Eagles open the season March 11 with a scrimmage match against Providence Christian in Huntsville. Their first home match is scheduled for March 15 against East Central.

“I think it’s going to be a really good year for our first season of soccer,” Adams said.