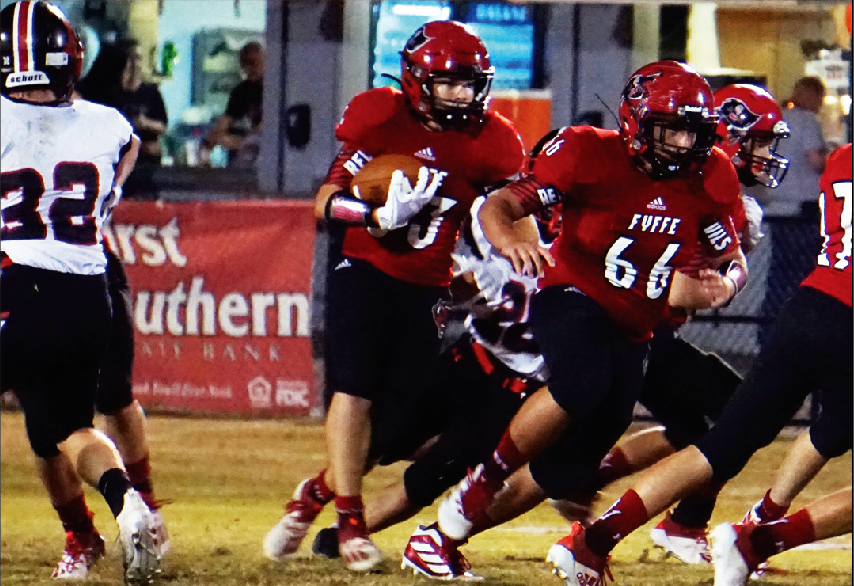 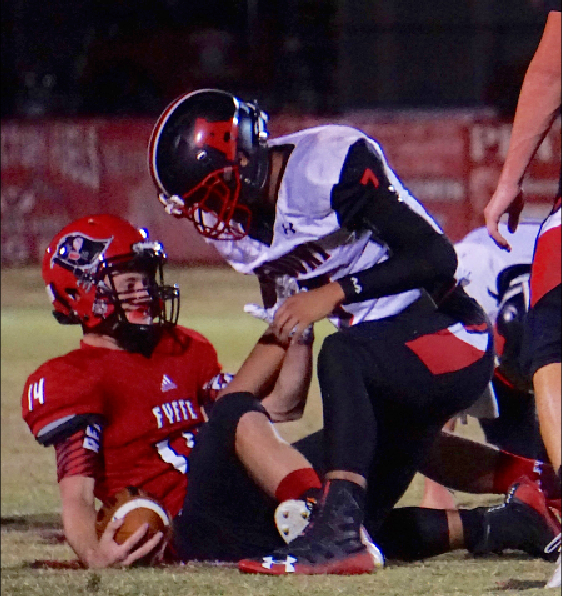 Brodie Hicks rushed for 126 yards and two touchdowns as the Fyffe Red Devils rumbled past the Asbury Rams 54-0 for their record-breaking 57th consecutive regular-season win at Paul Benefield Stadium in Fyffe on Friday night.

A week after winning their fifth straight region title and first as a member of Class 3A, the Red Devils (9-0, 6-0 Class 3A, Region 7) broke the state record for most regular-season wins in a row.

Fyffe gained 512 yards rushing while holding the Rams to minus-8 yards on the ground.

Hicks scored on a 4-yard run, Will Stephens scored on a 12-yard run, Ike Rowell added a 53-yard touchdown run and Malachi Mize had a 53-yard scoring run to lift Fyffe to a commanding 27-0 advantage heading into the second quarter.

Kyle Dukes rushed for an 8-yard score early in the second period and finished with five carries for 108 yards for the Red Devils. Hicks broke free for a 56-yard touchdown run midway through the second quarter and Hunter Machen rushed for a 44-yard score at the 3:47 mark in the third.

Fyffe is scheduled to play at Scottsboro next Friday, but the Wildcats were forced to cancel this week’s game against region rival Pell City due to COVID-19 concerns among the team.

Some clouds in the morning will give way to mainly sunny skies for the afternoon. High 42F. Winds WNW at 10 to 15 mph.