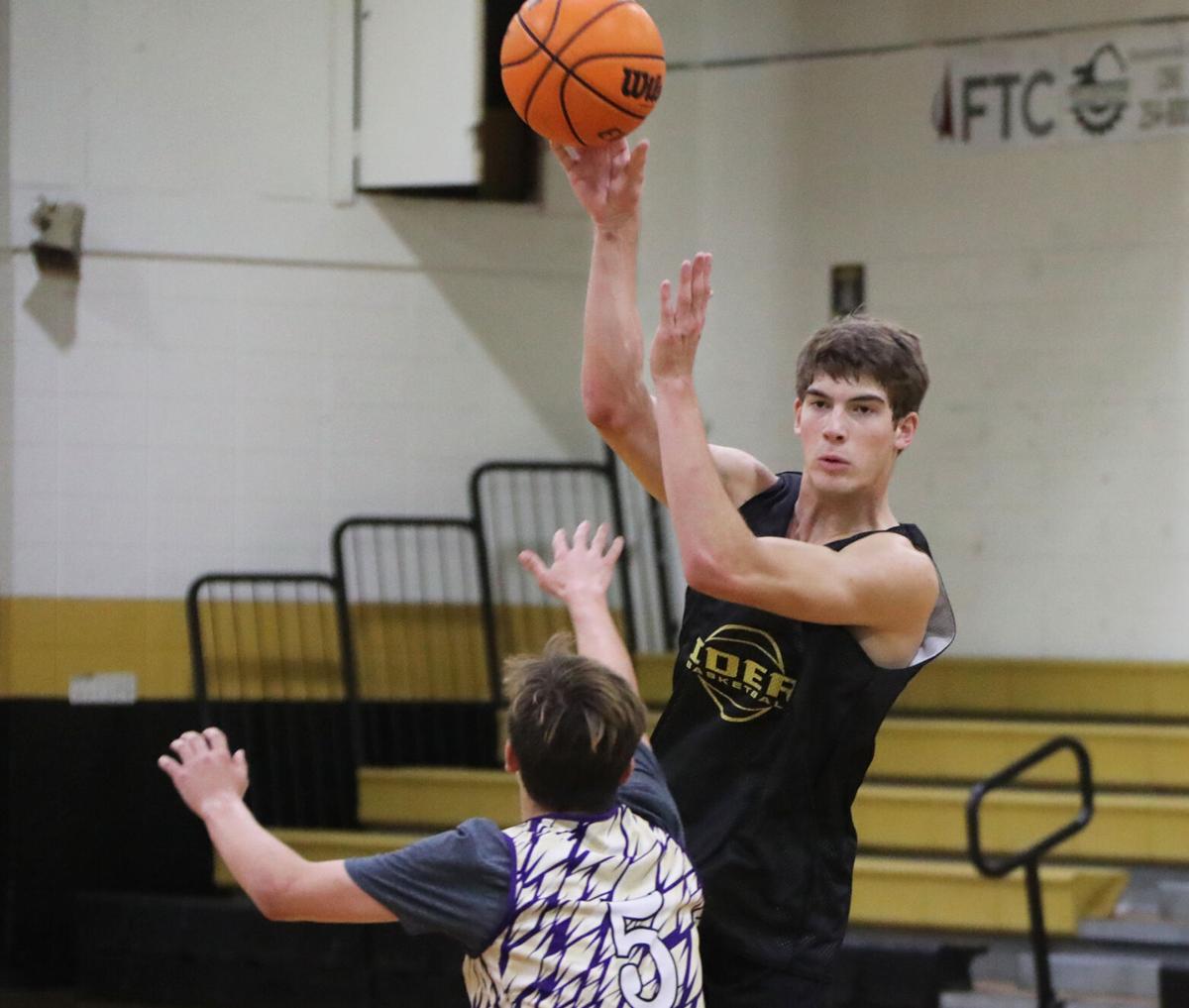 Ider’s Jesse Massey zips a pass toward a teammate during the second half of an exhibition against Valley Head at Ider High School on Wednesday. 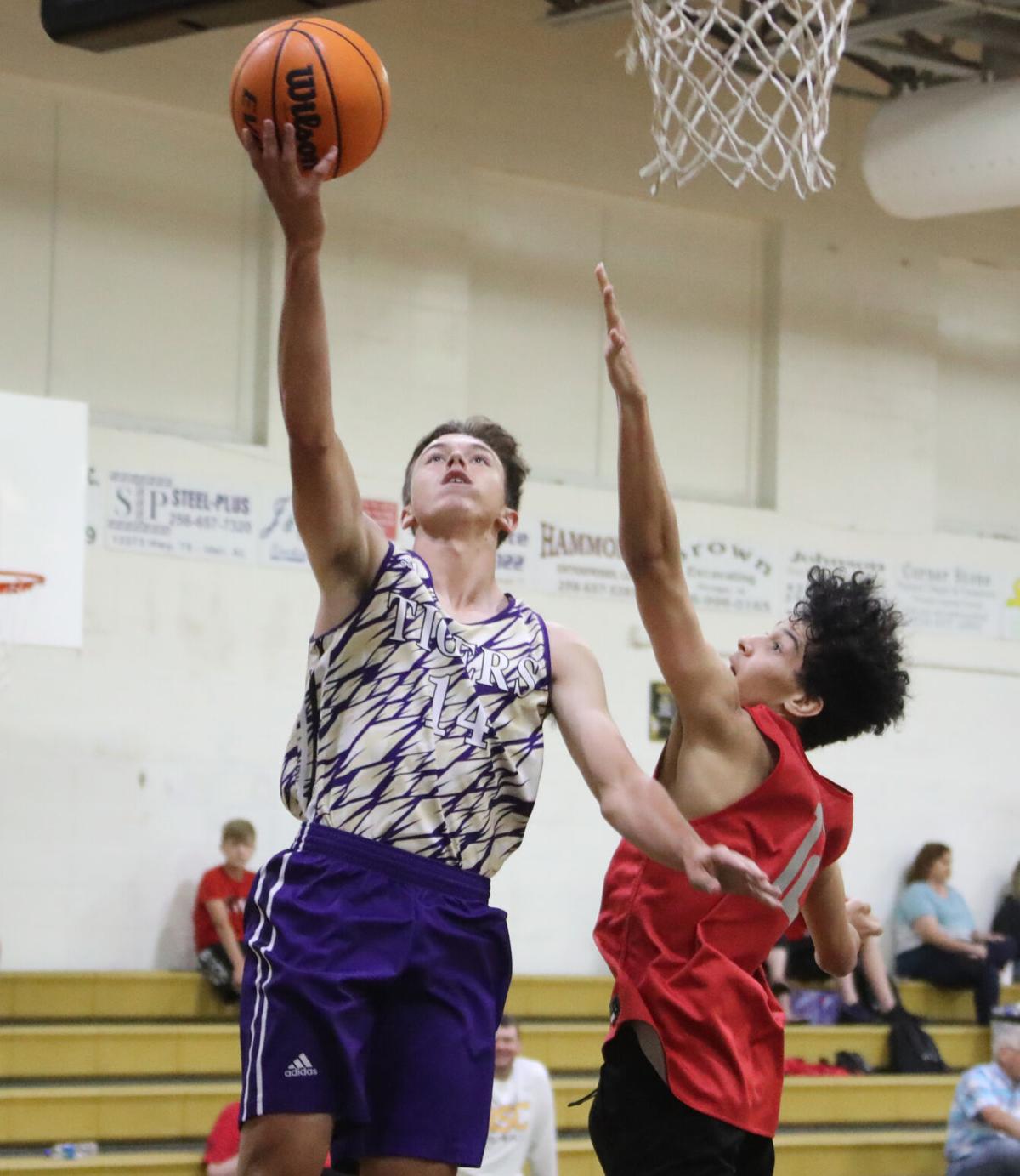 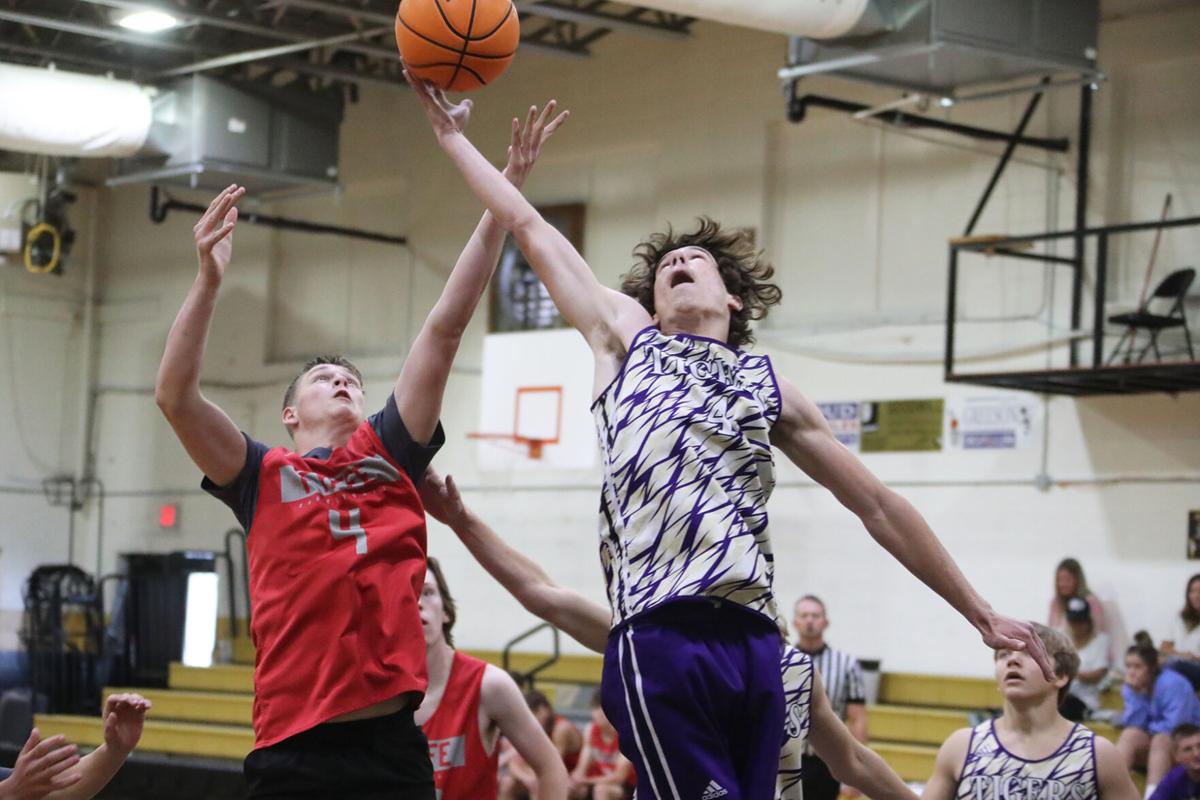 Ider’s Jesse Massey zips a pass toward a teammate during the second half of an exhibition against Valley Head at Ider High School on Wednesday.

Competing in its first summer play date, the Ider boys basketball program welcomed fellow DeKalb County schools Valley Head and Fyffe, along with Pisgah and Woodville from Jackson County for a full day of varsity and junior varsity games Wednesday.

AHSAA officials refereed each contest, and each contest was played with two 16-minute halves with a running clock. A 3-minute warm-up was given before each game with a 2-minute halftime in between.

The Hornets’ varsity went 2-0 on the day, defeating Woodville and Valley Head, respectively.

“One thing we talk about with our guys is that it’s not about the result, it’s about getting better, working hard and building that identity as a team that can carry over into the season,” Hornets head coach Blaine Smith said after his team’s last game of the day at Ider High School. “We don’t care if we win or lose in the summer, honestly. It’s just about getting better.”

Smith said the exhibitions allowed for his players to build some confidence going into the summer.

Coaching his team in live competition for the first time since being named the new head coach of the Fyffe varsity boys basketball team, Dustin Bryant said he wasn’t sure what to expect.

The reigning AHSAA Class 3A state champions began their play date appearance with a win against Pisgah, before earning a victory against Valley Head later in the afternoon.

“It was a good way for me to get a feel for the team, because I’d never seen any of them play before,” said Bryant, who transferred from Ider, where he coached the varsity girls basketball team. “I know (Fyffe) lost a big senior class. They lost all the starters. But I thought these kids responded well, especially in that first game when they showed some energy.”

In the first game against Pisgah, Bryant said he liked how his team started with high energy and how it handled the Eagles’ man-to-man defense.

“I didn’t know what to expect going in, but we had no trouble with the press. We got the ball down the court,” Bryant said.

Against Valley Head, the Red Devils faced a zone defense, something that threw them off their game a little bit, Bryant said. However, Fyffe found success on some drives to the basket and a few outside shooting opportunities to overcome Valley Head’s halfcourt-oriented style of play.

With some varsity players away on vacation, Valley Head utilized every available player for the exhibitions.

“I let a bunch of kids play who haven’t played before and get some experience,” Tigers head coach Chuck Williams said. “We just have to get better. The more they play, the better they’ll be.”

Valley Head and Ider competed in exhibition games at Supreme Courts in Guntersville on Thursday, while Fyffe traveled to Sand Rock on Thursday.