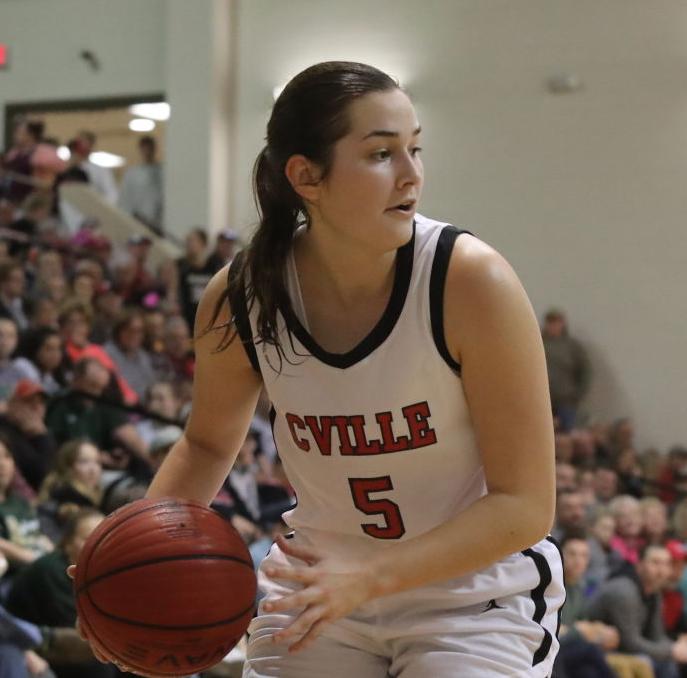 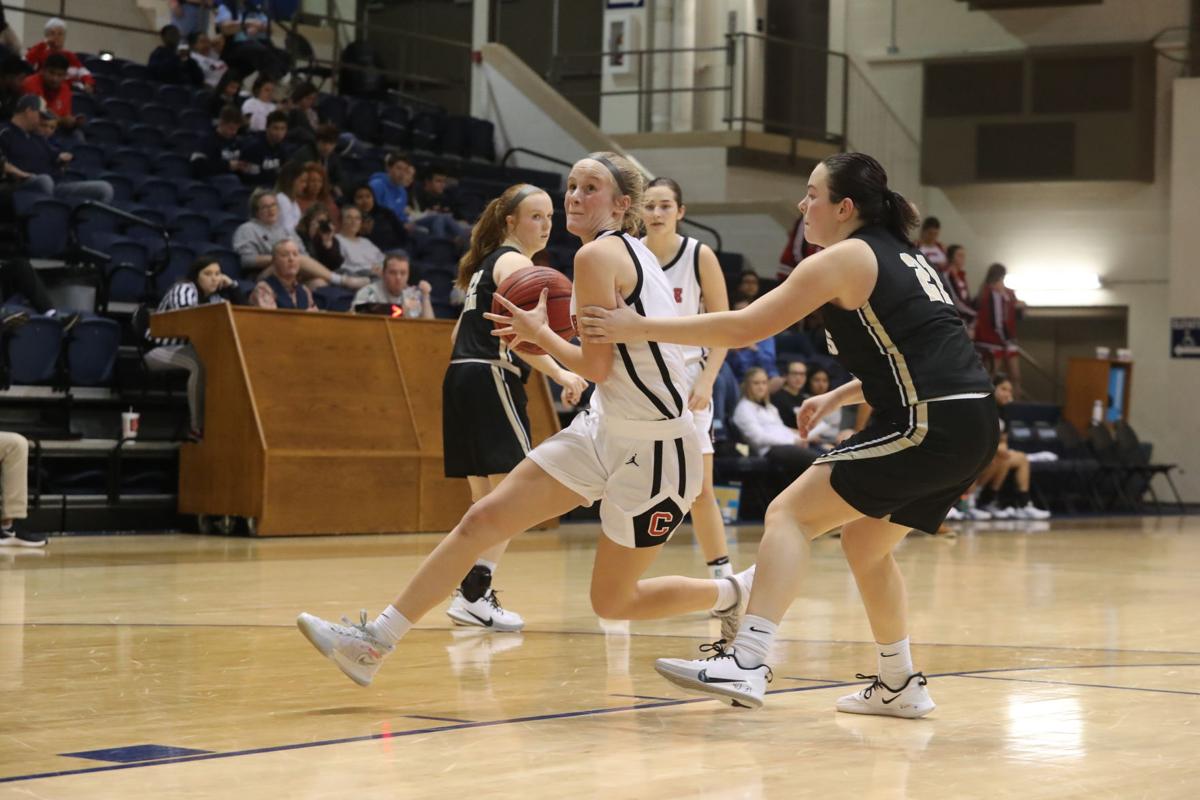 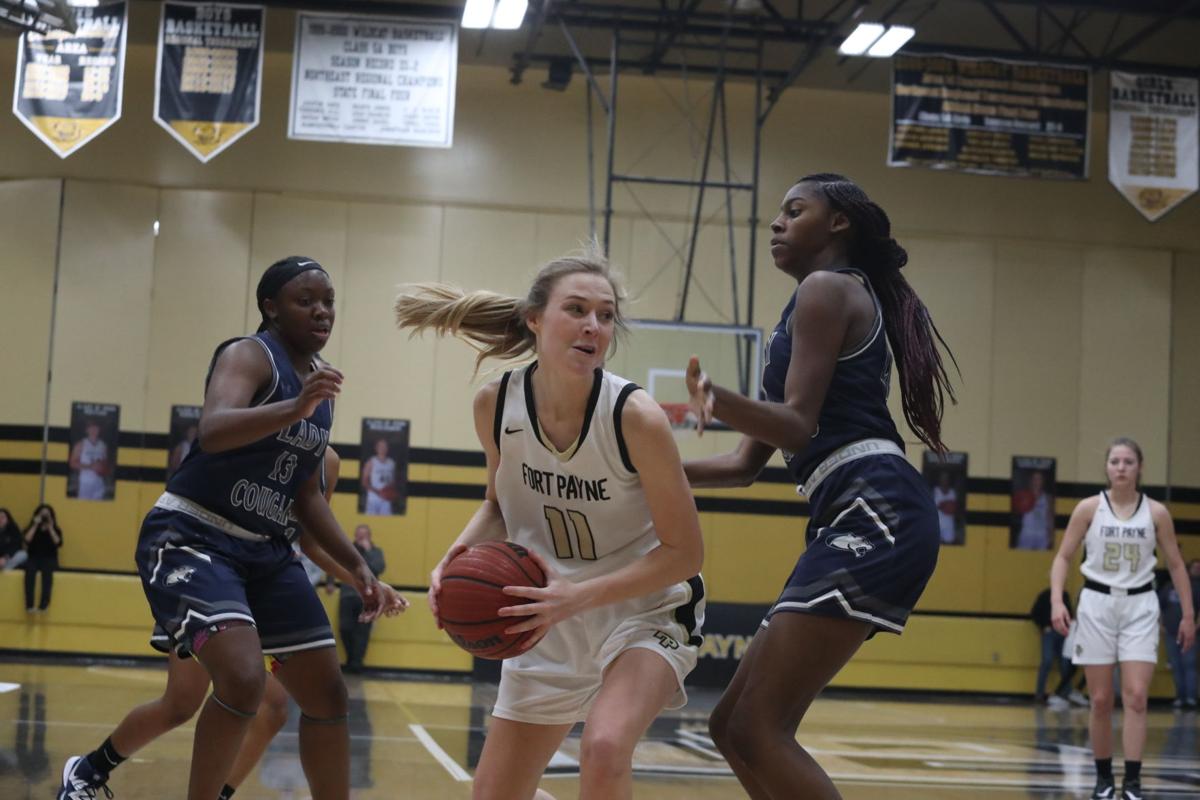 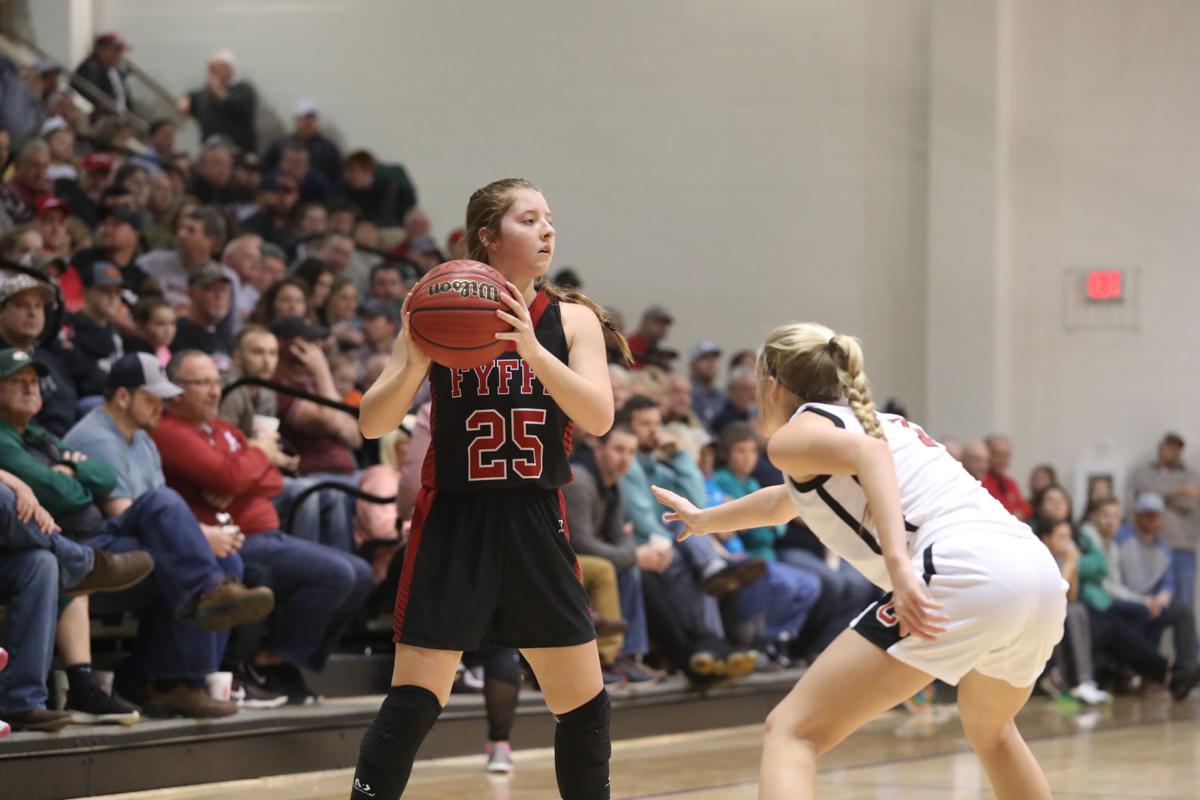 Fyffe’s Maggie Woodall (25) looks for an open teammate, while being guarded by Collinsville’s Tyla Tatum during the DeKalb County Tournament championship game at DeKalb County Schools Coliseum in Rainsville earlier this month. 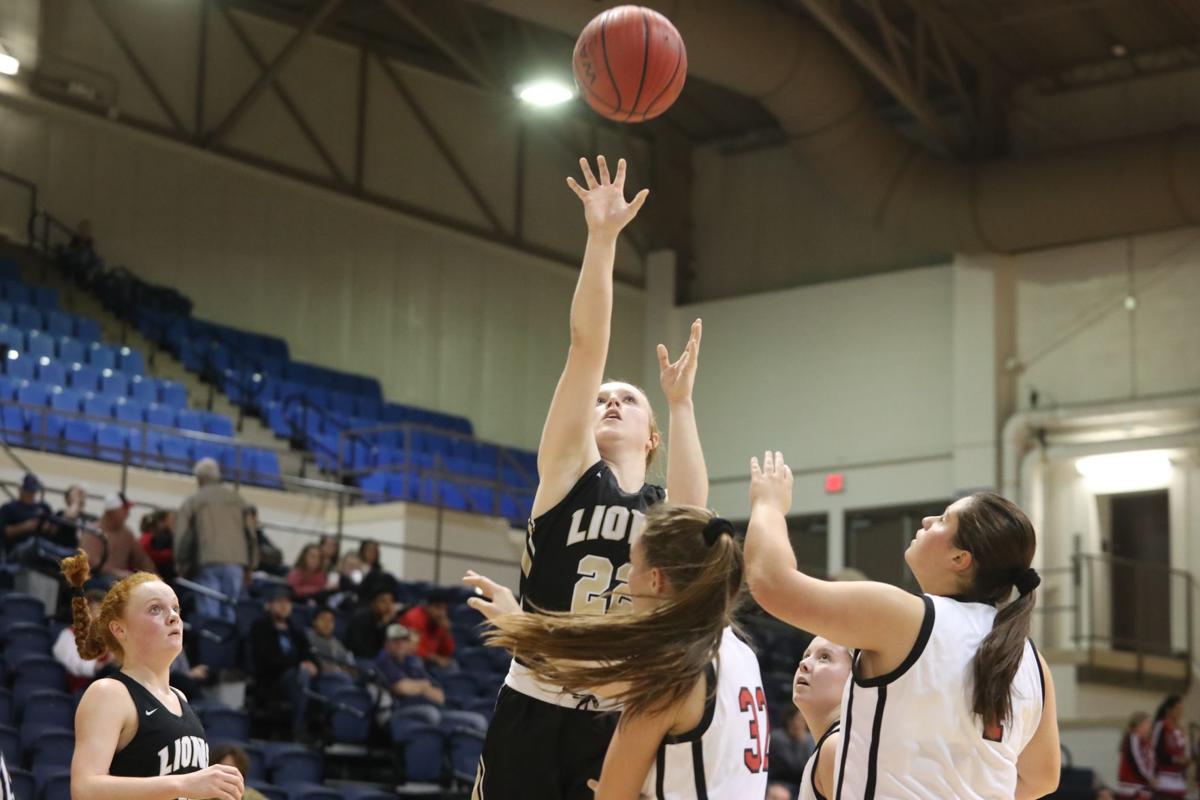 Fyffe’s Maggie Woodall (25) looks for an open teammate, while being guarded by Collinsville’s Tyla Tatum during the DeKalb County Tournament championship game at DeKalb County Schools Coliseum in Rainsville earlier this month.

Hadley Hamilton had 17 points to break 1,000 career points as four Collinsville girls in a 62-59 win against Pisgah in Collinsville on Monday night.

Kallie Tinker scored a game-high 20 points and Molly Heard had 16 points for the Eagles.

The Panthers defeated Geraldine 61-32 on Tuesday.

Rivera had 18 points and Hamilton had 14 points, including four 3-pointers. Tatum added 11 points.

Here’s a look at other girls’ games from Monday and Tuesday:

Haven Hall and Rowell had eight points apiece for the Bulldogs (7-19).

Marie Woodall made five 3-pointers to lead the Red Devils with 18 points in a 72-47 win against Asbury on Tuesday night.

As a team, Fyffe made 10 3-pointers and had five players score in double figures.

Isabelle Goggans led the Fort Payne girls with 21 points, including five 3-pointers in a 60-45 win against Scottsboro in Fort Payne on Monday night.

Fort Payne led 34-26 at halftime and outscored Scottsboro 26-18 in the second half.

Madison Holland finished with 17 points and Carley Bell had 13 points, as Scottsboro fell to 12-13.

Marisa Hunt had 13 points and Kinsley Henderson added 10 points in the Crossville girls’ 65-52 loss to Asbury on Monday night.

Asbury pulled ahead after outscoring Crossville 22-4 in the third quarter.

Harley Wilkins finished with 15 points from five 3-point baskets to lead the Plainview girls in a 53-39 loss at Buckhorn on Tuesday night.