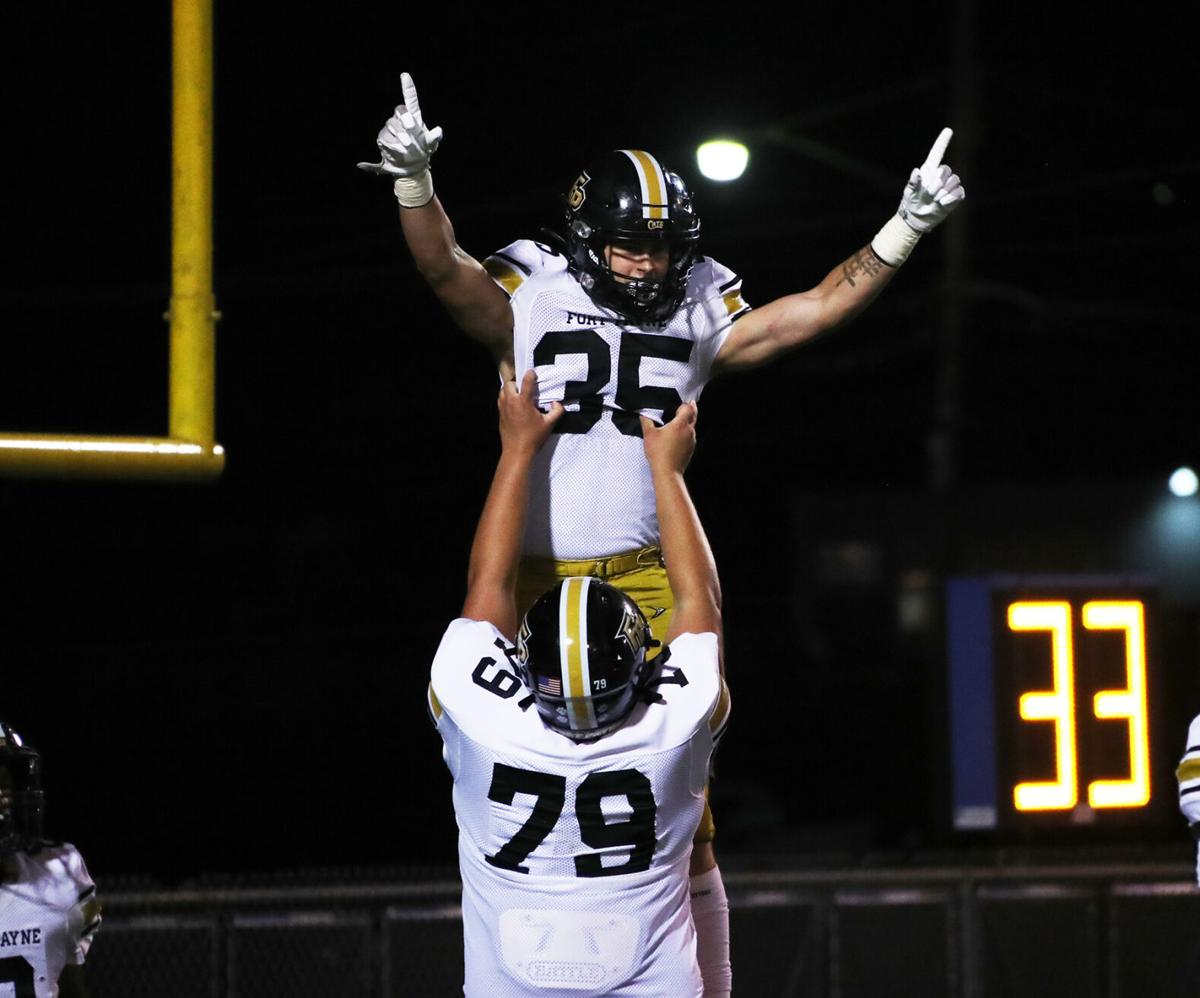 Fort Payne's Eli Frasier (79) lifts teammate Marcus Ledford after he catches a pass for a touchdown during the first half against Etowah at Jim Glover Field in Attalla last Friday night. 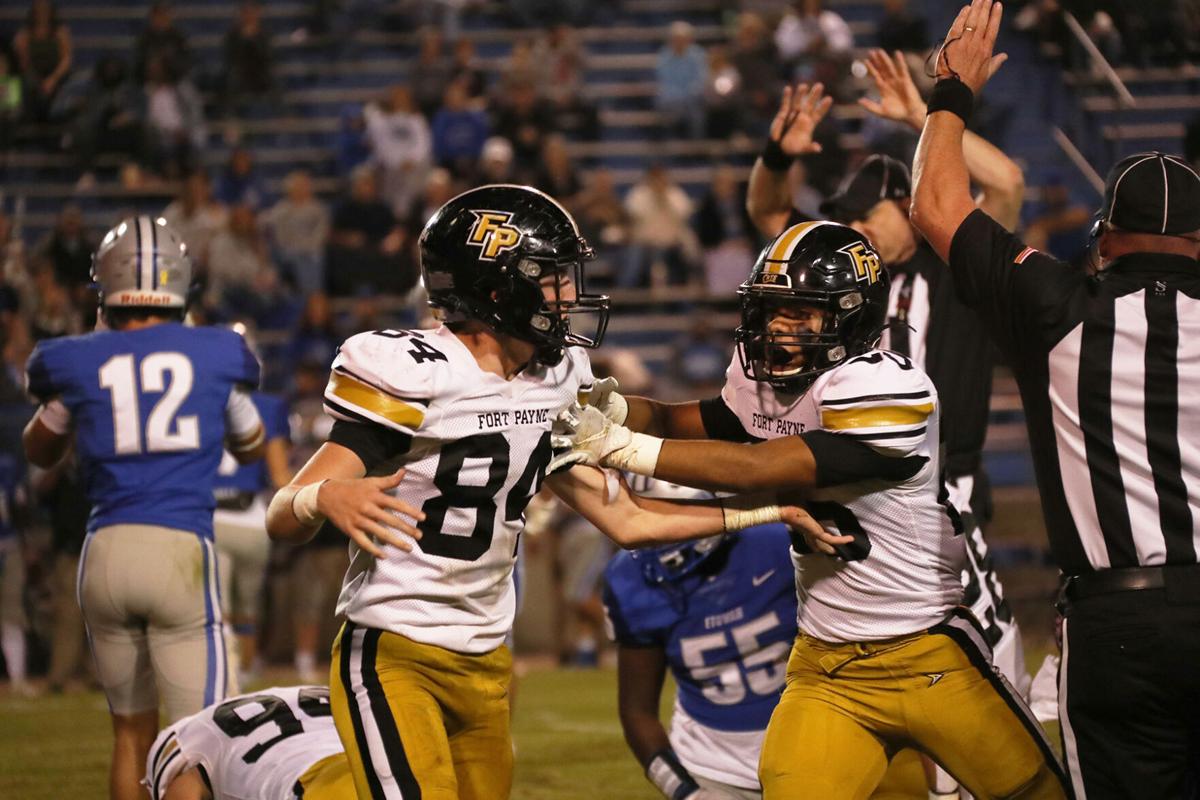 Fort Payne's Eli Frasier (79) lifts teammate Marcus Ledford after he catches a pass for a touchdown during the first half against Etowah at Jim Glover Field in Attalla last Friday night.

Coming off a bye week, Scottsboro visits Fort Payne with a 1-4 overall record and 0-3 in Class 6A, Region 7 competition. While Scottsboro has struggled offensively this season, the team had its most successful offensive outing in its previous game: a 24-21 loss against region foe Springville on Sept. 17.

“Coach Bell is one of the best coaches in the state,” Elmore said. “Once he has time to get his system in, Scottsboro will be a dangerous team every year.

“This year, he has a young team that is still trying to learn his offense. His offense is very difficult to defend but also difficult to execute.”

“They have improved steadily on offense all year,” Elmore said of Scottsboro. “I expect them to be even better this Friday since they have had an extra week to prepare for us. They will be ready to play this Friday and we will have to play great in order to beat them.”

At quarterback, Gavin McCrary is the key to Scottsboro’s offensive success, Elmore said. The coach said McCrary is usually asked to make one or multiple decisions after the ball is snapped on almost every play.

Elmore said McCrary has steadily improved each week and was a big reason Scottsboro came back to tie the game against Springville two weeks ago.

Additionally, Landon Grider is a strong fullback who does a good job of running downhill and getting tough earned yards in Scottsboro’s offense. Fort Payne aims to limit Grider turning 2-yard gains into 5-yard gains throughout the game Friday.

Scottsboro’s defense is anchored by brothers Sam and Will Dukes. Sam plays on the defensive line and Will plays linebacker.

“Both guys play very hard and make a lot of plays for them,” Elmore said. “We will have to do a good job of executing on offense in order to move the ball consistently.”

Jake Barnes threw for 196 yards and three touchdowns on 8 of 19 passing and Alex McPherson kicked two field goals to complete a 33-27 comeback victory against Etowah at Jim Glover Field in Attalla last Friday.

Fort Payne scored 23 consecutive points in the first half, rallying from a 17-point deficit to lead at intermission.

With a 569-398-30 all-time record, Fort Payne is three games away from playing its 1,000th game, according to the Alabama High School Football Historical Society’s website.

Fort Payne enters Friday’s contest with a 52-31-3 series lead against Scottsboro and as winners of the last two meetings.

Scottsboro trailed by as many as 17 points but tied the game at 34 midway through the fourth quarter.

Hunter Love rushed for 79 yards and three touchdowns, highlighting Fort Payne’s offensive attack. Love gave Fort Payne the lead for good with a 12-yard touchdown run with 1:40 remaining in regulation, and the defense stopped Scottsboro short of the goal line as time expired to hold on for the win.