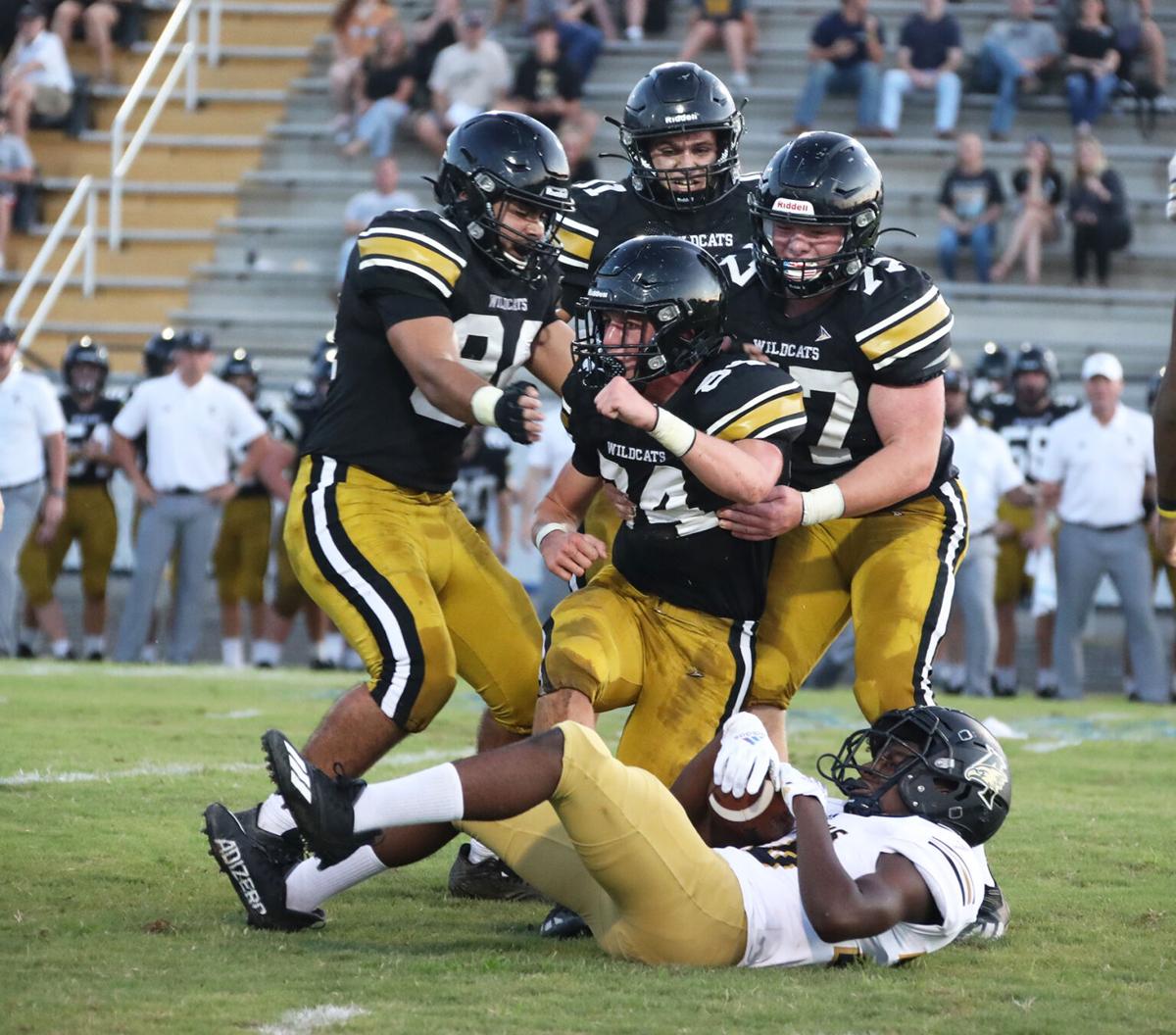 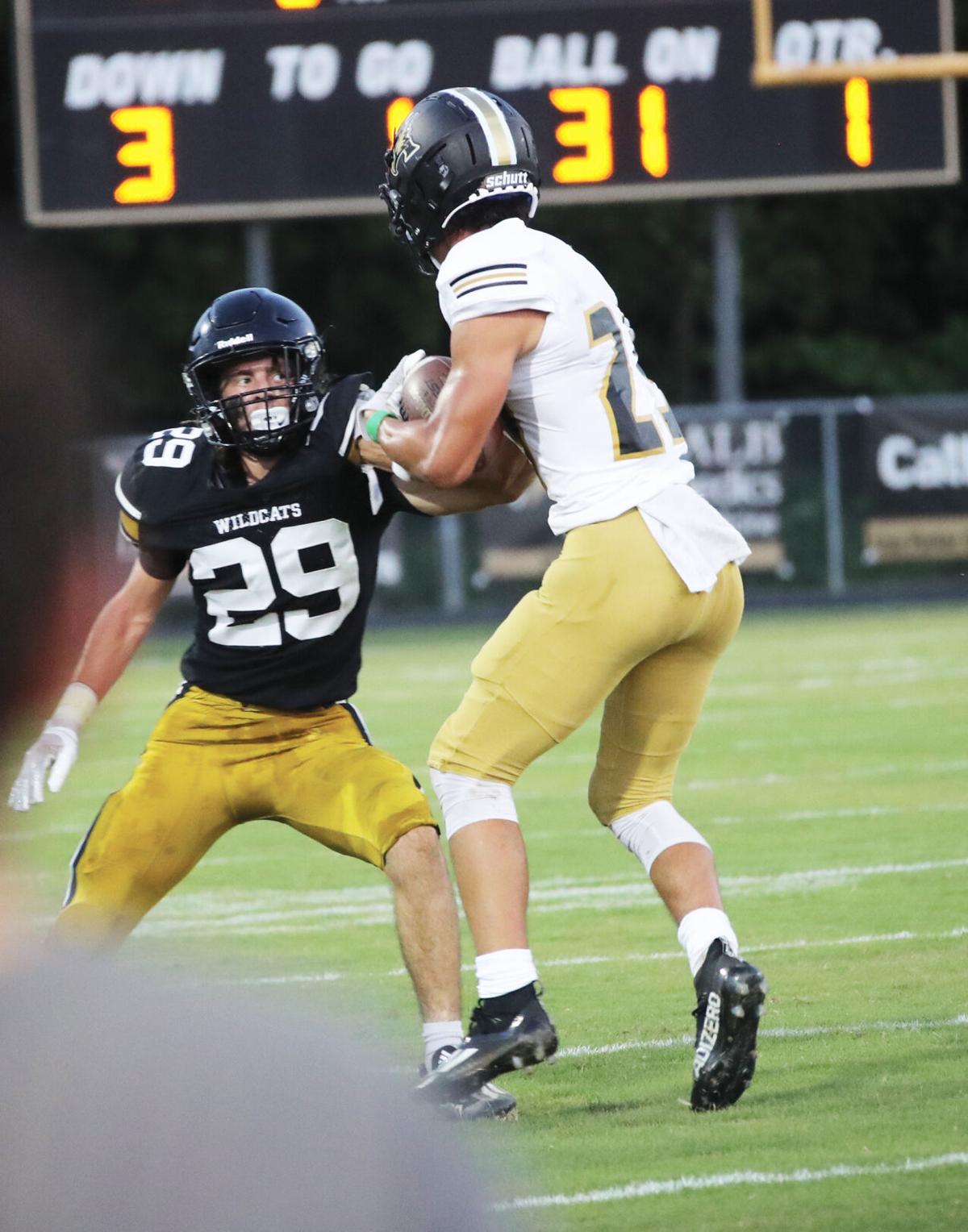 With a season-opening loss behind them, the Fort Payne Wildcats will look to rebound against a tough Class 7A opponent this week.

Last week, Fort Payne (0-1) had no trouble finding offense. The team roared to a 40-20 lead midway through the third quarter. But the Wildcats couldn’t maintain the margin, as Athens ripped off three consecutive scores and won 41-40.

“Give Athens a lot of credit for not giving up and having a lot of resolve when they got down 40-20. But, I was more disappointed in our team conditioning in the third and fourth quarter,” Wildcats head coach Chris Elmore said. “If we were in better shape, I don’t think we would have lost that lead. I take full responsibility for our lack of conditioning. I have to do a better job of getting our players ready to play each Friday as we move forward. Our players will respond and I will make sure this does not happen again.”

Alex McPherson made a 32-yard field goal as time expired to lead Fort Payne into halftime with a 33-20 lead against Athens. Jake Barnes hit Sawyer Burt in the right corner of the end zone for a 14-yard scoring strike on a third-and-7 play to push the lead to 20 in the third.

Athens then collected itself and executed some big plays to begin the comeback: two straight touchdown receptions and an interception leading to a third touchdown and the go-ahead extra-point kick with 7:10 remaining in regulation.

With 11 seconds left, McPherson attempted a 53-yard field goal that pushed wide left, and Athens used a kneel down to run out the clock.

The Titans will bring in running back C.J. Johnson and quarterback Luke Waldrop to steady their offense.

“(Johnson) is very difficult to bring down,” the coach said. “The difference in Darrell and him is that he does not have to worry about playing defense like Darrell does. He gets to focus on offense the entire game and he is very effective.”

Elmore said Waldrop, a sophomore, is efficient despite his younger age.

“He has several fast receivers that he can get the ball to in order to take the focus off of C.J.,” Elmore said. “With their big, physical offensive line, they will be difficult to defend and we will have to play very well to stop them consistently.”

Gadsden City has the majority of its defensive line back this season. The players working there are very strong and quick, Elmore said, noting that the D-line “gave us some issues last year and we will have to do a much better job this year against them.”

Quintavious Wright, a transfer from Etowah, is a standout cornerback for Gadsden City’s defense as well.

The key for Fort Payne’s offense to be successful will require the O-line to establish a physical presence and keep Gadsden City’s pass-rushers out of the backfield, Elmore said.

“We will have to get positive yards on first and second down and stay in some manageable third-down situations,” he said. “It will be a great challenge for us but it will be another opportunity for us to get better and play a quality team.”

Fort Payne is 0-3 against Gadsden City in regular-season meetings, according to the Alabama High School Football Historical Society’s website. The Titans won 45-20 in last year’s meeting.