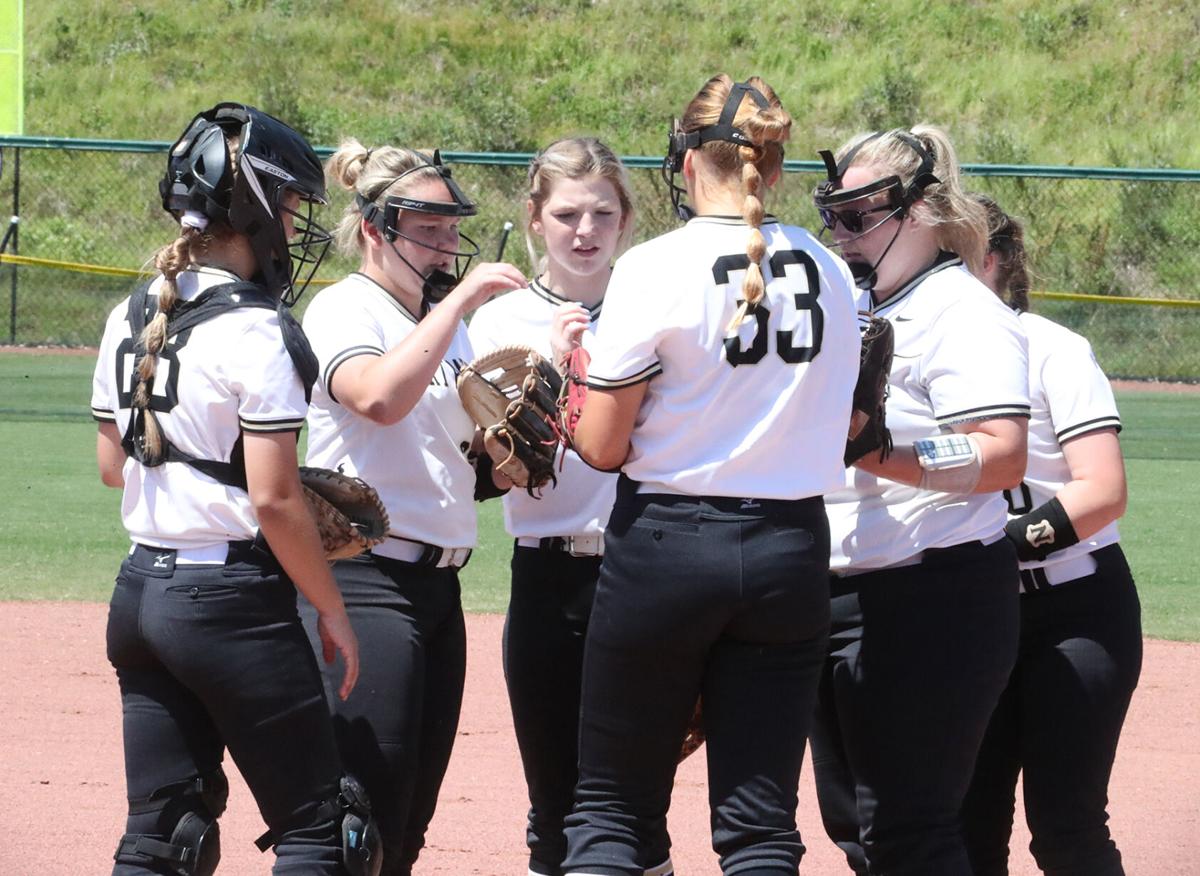 Pictured, from left, are Fort Payne’s Cory Kramer, Taylor Camp, Graidin Haas, AJ Kramer and Addison Eason gathering in the pitcher’s circle prior to returning to play against Athens during the AHSAA Class 6A North Regional in Florence on Wednesday afternoon. 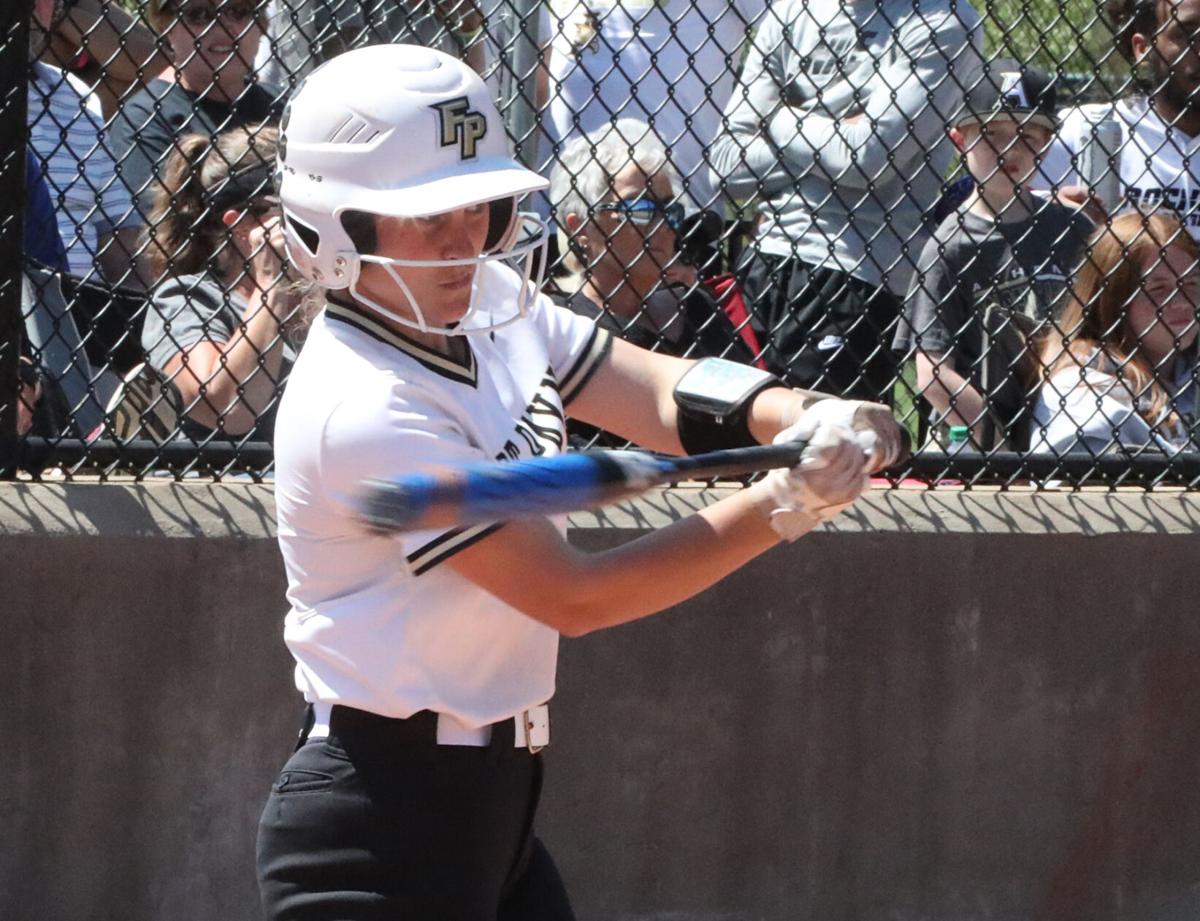 Fort Payne's Braden Barksdale eyes a pitch during a game against Athens in the AHSAA Class 6A North Regional in Florence on Wednesday afternoon.

Pictured, from left, are Fort Payne’s Cory Kramer, Taylor Camp, Graidin Haas, AJ Kramer and Addison Eason gathering in the pitcher’s circle prior to returning to play against Athens during the AHSAA Class 6A North Regional in Florence on Wednesday afternoon.

Fort Payne's Braden Barksdale eyes a pitch during a game against Athens in the AHSAA Class 6A North Regional in Florence on Wednesday afternoon.

Playing in a second elimination game where runs were at a premium, the Fort Payne softball team left six runners stranded in scoring position, as Cullman slugged two home runs.

A 3-0 advantage entering the sixth inning was enough for Cullman to extinguish the Wildcats’ season in the elimination bracket at the AHSAA Class 6A North Regional in Florence on Thursday.

Fort Payne finished 1-2 in the double-elimination tournament with a 31-15 overall record after notching runner-up to Scottsboro in 6A, Area 15.

AJ Kramer allowed five hits while striking out seven and walking none in the pitching circle for Fort Payne.

Chalea Clemmons retired seven batters and walked three for the Bearcats, who advanced to play Athens in the regional’s elimination bracket.

Sarah Herfurth uncorked a solo home run across left field in the bottom of the third inning for the game’s first point. Emma Claire Wilson added a solo homer of her own in the fourth frame, and Haley Shannon scored on a groundout in the fifth to cap the scoring.

The Bearcats left four runners aboard.

Fort Payne played a pair of games on the tournament’s opening day Wednesday. First, the Wildcats took a 14-6 loss to Athens before racing to a 17-0 blowout victory in five innings in an elimination bracket contest.

In the opener against Athens, Buffington registered two hits, including a double, with an RBI and a run scored. Braden Barksdale chipped in two runs, scored one run and added an RBI, and Graidin Haas finished with two RBIs and scored a run.

In her start in the circle, AJ Kramer surrendered 10 hits for nine runs, struck out four and walked two in 5 1/3 innings. Kyleigh Thomas added 2/3 of an inning in relief, walking none and delivering one strikeout.

The Wildcats fell behind 8-0 entering the sixth frame before rallying with a six-run effort to pull within 8-6 before Athens could close with a third out.

Singles from Barksdale, Haas and Buffington advanced Fort Payne into an 8-4 deficit with one out in play. Addison Eason grounded out to first as Haas scored, then an AJ Kramer line drive single to right field allowed Buffington to tag home plate before the Bearcats shut the top half of the inning with a groundout.

As the Wildcats plated six additional runs in the sixth inning, so did Athens, making the deficit too much to overcome.

In the first elimination bracket game against Minor, AJ Kramer hit a grand slam and Eason struck out four while preserving a shutout in the circle.

With Fort Payne leading 9-0 with one out in the top of the fourth, AJ Kramer blasted a fly ball across the left-field fence, scoring Haas, Buffington and Eason in the process.

Taylor Camp doubled twice in her 3-for-3 effort at the plate while scoring two runs with an RBI. Abby Phillips added two doubles with three RBIs and a run scored.

The Wildcats closed with 12 hits and 16 RBIs.

Pitching for Fort Payne, Eason allowed four hits for no runs and walked one.

Nyia Westbrook took the loss for Minor. She walked three and struck out two.