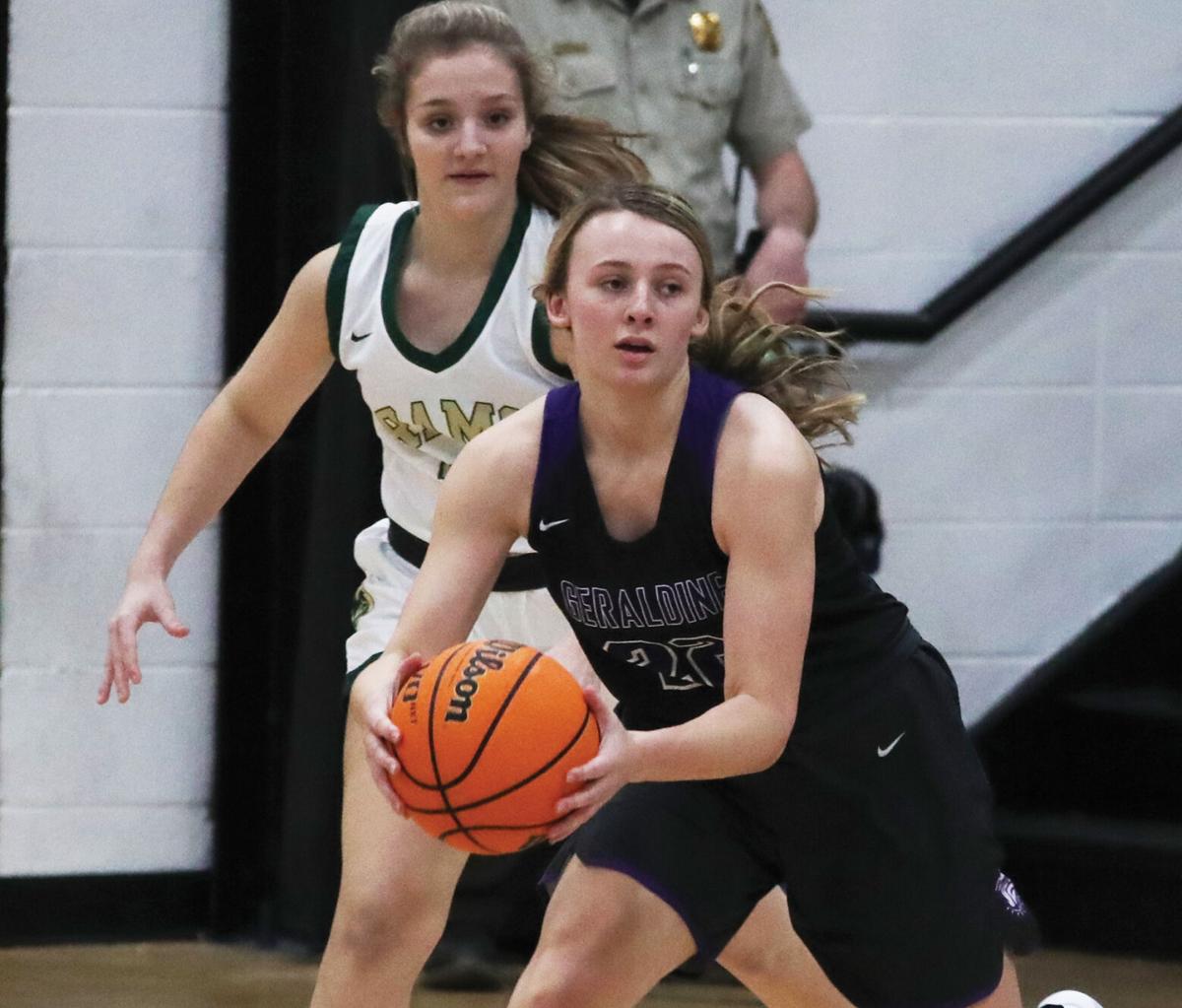 Geraldine’s Sara Smith (22) looks for an open teammate against Sylvania in Higdon on Monday night. 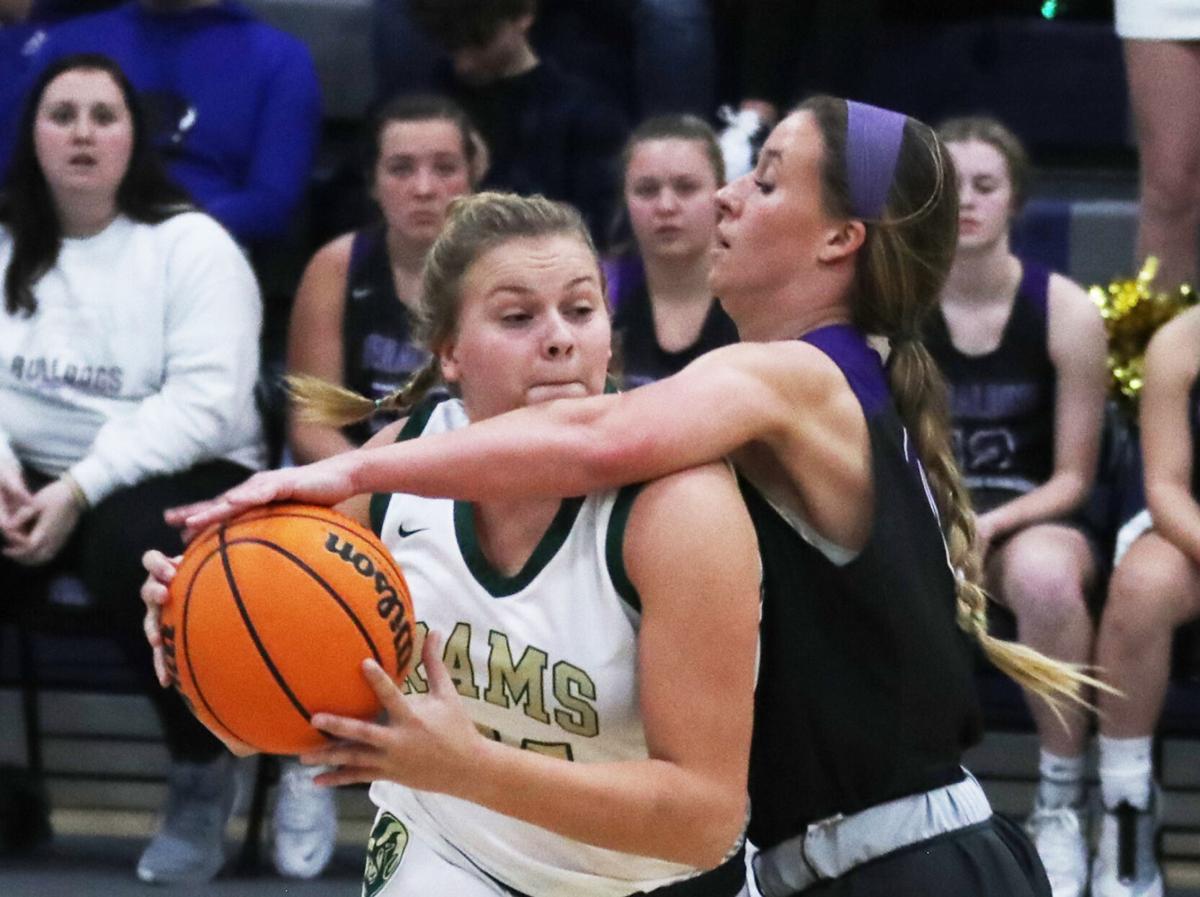 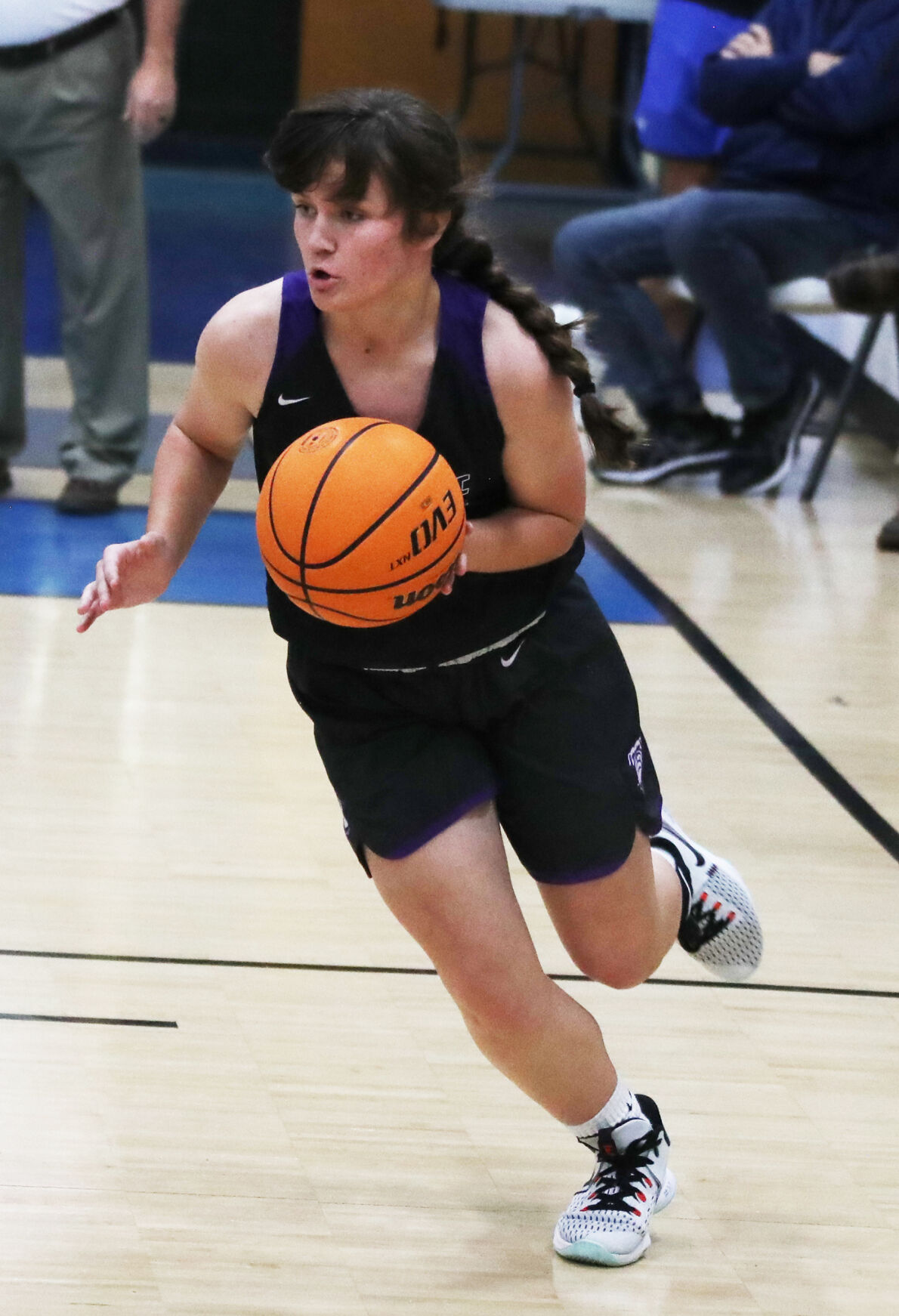 Geraldine’s Sara Smith (22) looks for an open teammate against Sylvania in Higdon on Monday night.

Sara Smith had 11 points, Gracey Johnson added nine points and No. 5-seeded Geraldine used late-game free throws to edge No. 4 Sylvania 40-36 in the quarterfinal round of the Sand Mountain Tournament in Higdon on Monday night.

Geraldine (9-4) advanced to the semifinal round, playing top-seeded Pisgah at 3 p.m. Wednesday. The Eagles routed No. 8 Section 80-22 on Monday.

The Bulldogs made 6 of 8 free throws inside the final 20 seconds to turn a one-point lead into four and seal the win.

Chloe Murdock stole the ball and was fouled with 19.9 left. She made both free throws to give Geraldine a 39-34 advantage with 11.9 seconds remaining.

The Rams’ final score was an Ambriel Stopyak jump shot with 3.7 seconds to play.

Sylvania maintained a 22-19 halftime edge following Johnson’s layup with less than a minute remaining until intermission.

Johnson sank a corner 3-pointer with 1:13 left in the opening quarter to put the Bulldogs in front 13-10 by quarter’s end.

Anna Farmer, who led the Rams with 13 points, scored a jumper off glass and added a layup inside the final 5 minutes of the half.