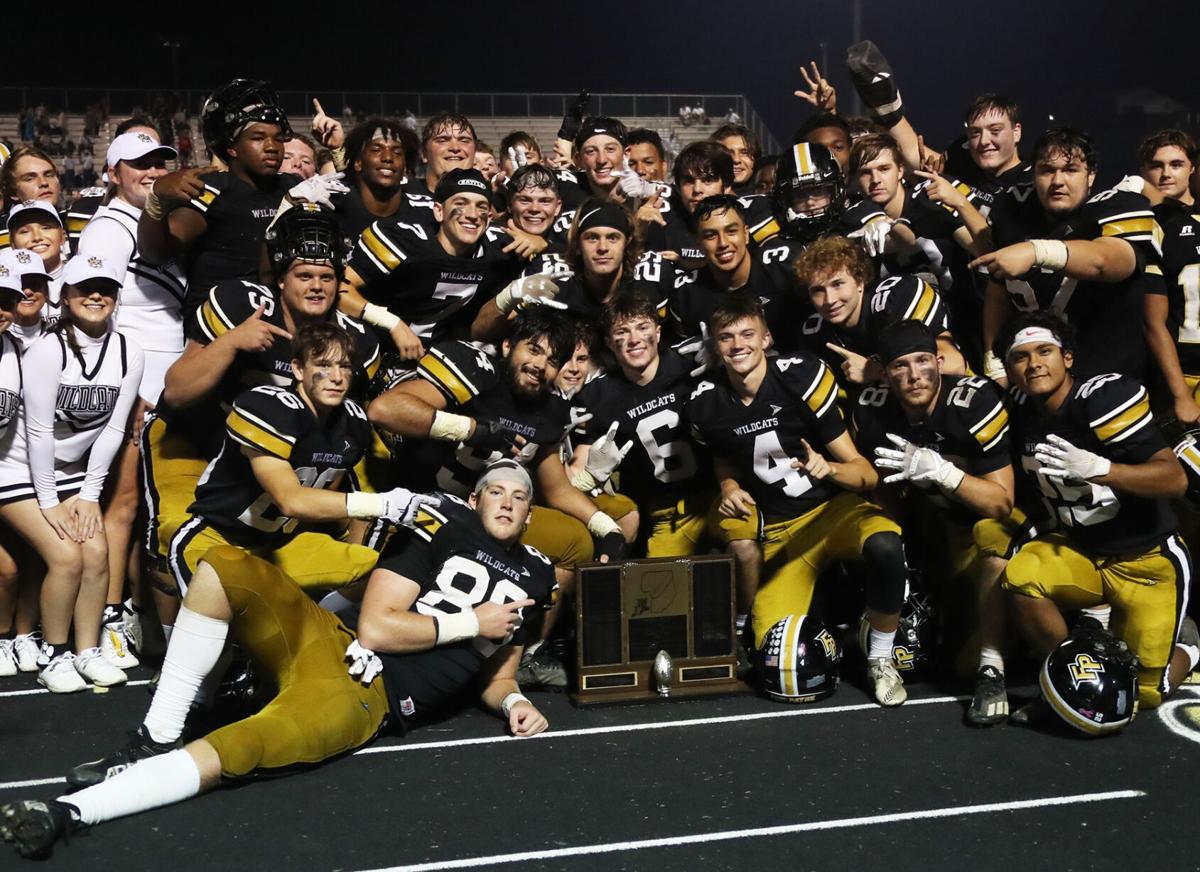 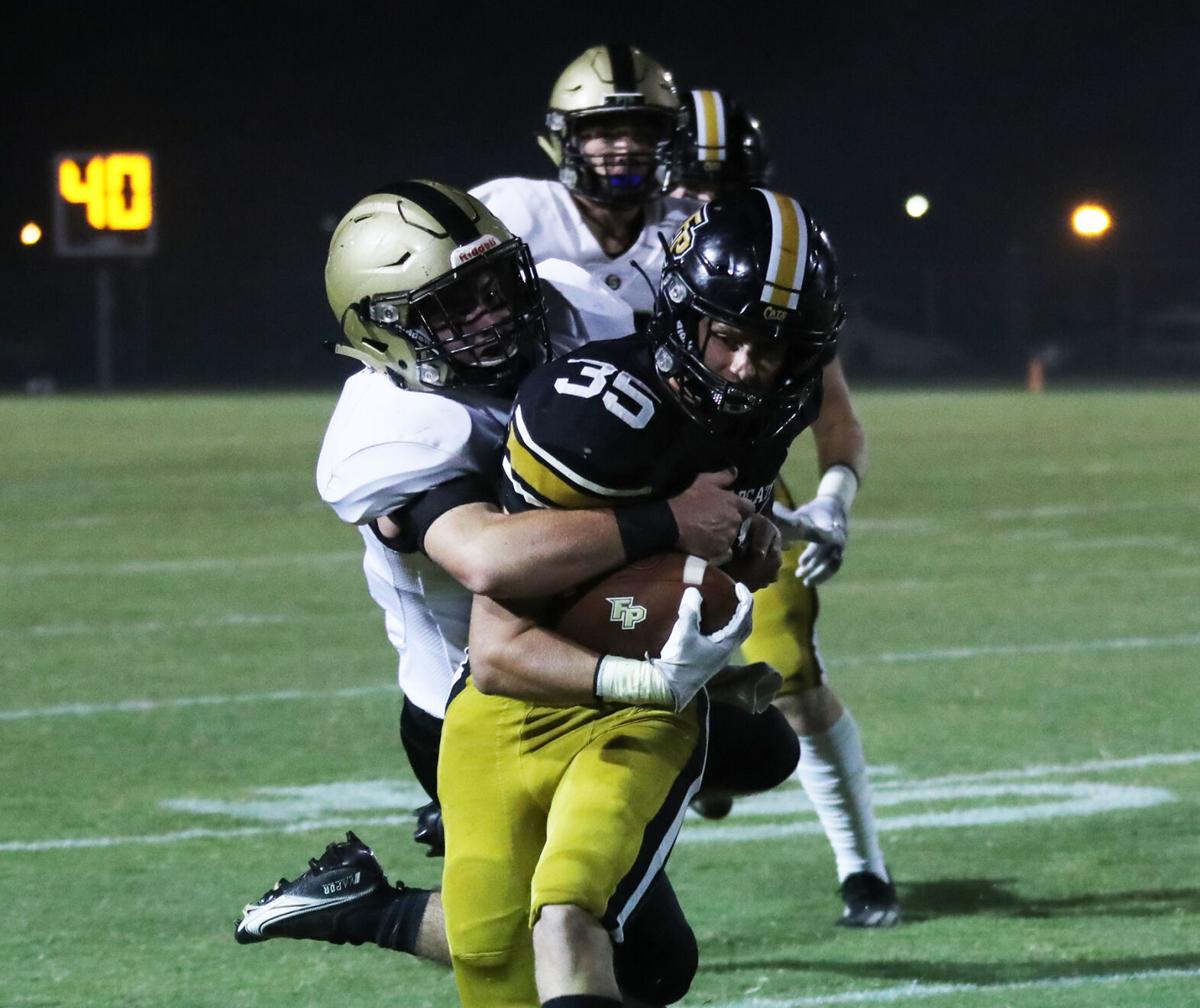 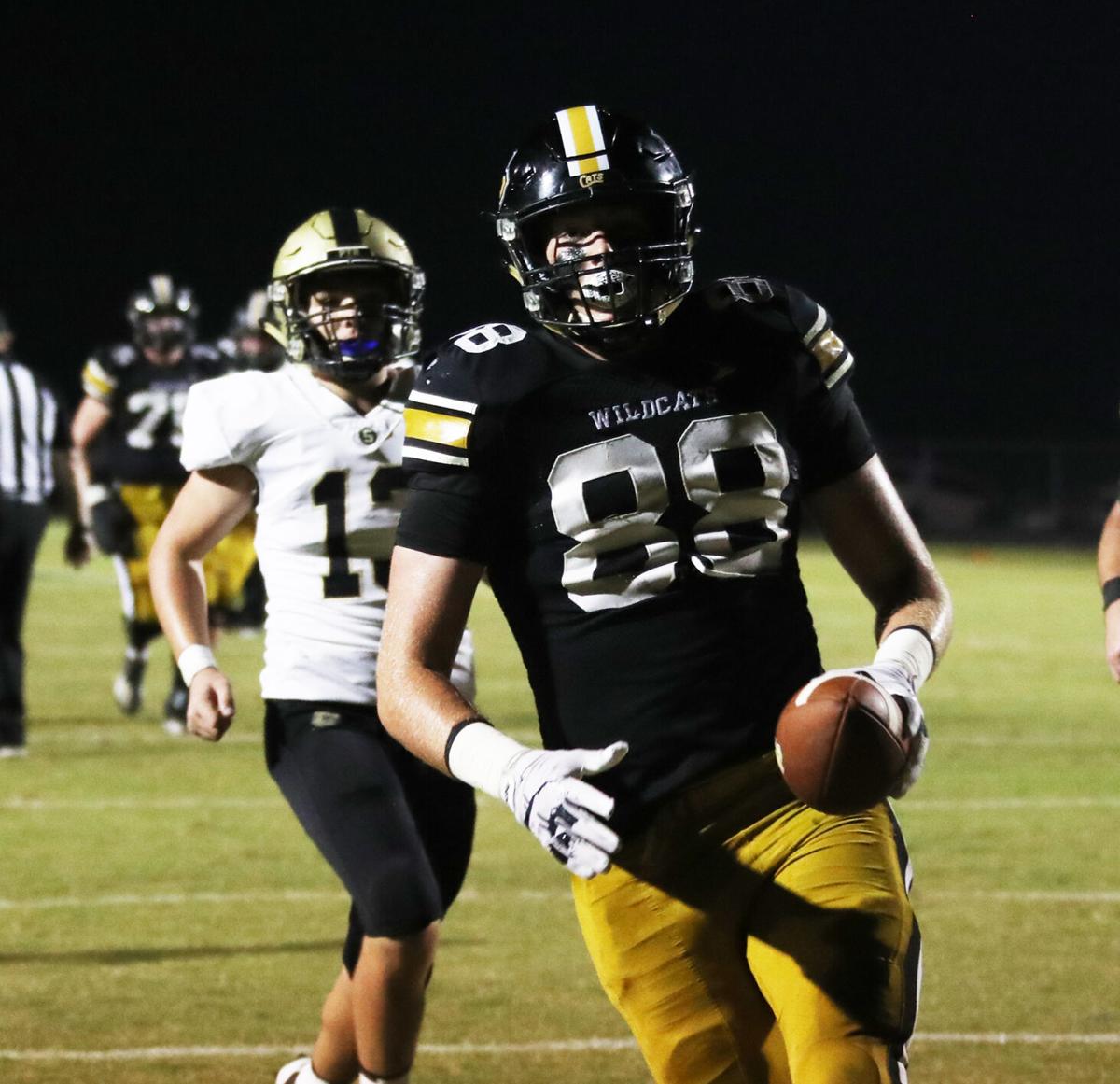 Fort Payne’s Sawyer Burt jogs into the end zone for a touchdown after receiving a pass from teammate Jake Barnes on Friday night.

Fort Payne’s Sawyer Burt jogs into the end zone for a touchdown after receiving a pass from teammate Jake Barnes on Friday night.

A three-peat against a chief rival — Fort Payne gladly accepts it.

The last time a team won three or more consecutive games in the rivalry series was 2009-12, when Fort Payne maintained the TopCat Trophy for four years in a row, according to the Alabama High School Football Historical Society’s website.

“It’s a lot to be proud of,” Fort Payne head coach Chris Elmore said after his team retained the series hardware and improved to 3-3 overall and 2-1 in Class 6A, Region 7. “I told (the players) all week that when we lost to Scottsboro my 10th-grade year, it was not a pleasant feeling. And then my first year back here as a coach we lost to them. It’s never fun to lose to them. We have a lot of respect for them, but we always enjoy winning this game, and so, to win three in a row is very satisfying for our seniors, especially.”

With the loss, Scottsboro dropped to 1-5 overall and 0-4 in region play.

In his return to game action in the backfield, Kaden Dubose capped Fort Payne’s opening drive with a 2-yard scoring run to the right side. Alex McPherson’s extra-point kick made it 7-0 with 8:44 left in the first quarter. The scoring drive wrapped up an eight-play, 69-yard effort.

“It’s great to have (Dubose) back,” Elmore said. “People forget how good of a game he had against Athens to open the year. I thought he looked really crisp tonight. Now we just have to get his conditioning right. I thought we got him the right amount of carries tonight and he ran really hard, made some good plays, so it’s very positive to get him on the field and contributing.”

Barnes connected with an open Sawyer Burt streaking across the middle for a 23-yard scoring strike on a third-and-8 play. The drive consisted of a first-down completion from Barnes to Ledford, a first-down run by Alex Akins and a short rushing pickup by Dubose.

Fort Payne’s defense forced a turnover on downs on Scottsboro’s next possession, but the visitors regained the ball with an interception.

Again, Fort Payne’s defense pushes Scottsboro off the field, forcing a punt with 3:55 remaining in the half.

“I’m very proud of our defense,” Elmore said. “It’s hard to get ready for that kind of offense on one week (of preparation). We played assignment football and tackled well.”

Barnes hooked up with Ledford for a second time for a 15-yard touchdown in a third-and-6 situation.

McPherson’s ensuing kick extended Fort Payne’s advantage to 28-0 at the 8:13 mark of the third.

When a bad snap put Fort Payne’s offense in a fourth-and-long scenario, the field goal unit jogged out and McPherson attempted a 62-yard kick. The kick pushed left with 2:18 remaining in the period.

After two straight weeks of consistent offensive success, Elmore said he likes what he’s seeing from Barnes and his progression with receivers.

“Jake’s had two really good weeks in a row, made some good decisions tonight,” the coach said. “Had a couple of bad throws, but when you throw it a lot, you’re going to take that risk. We threw the ball tonight — I don’t know how many times — but we needed to show people that we can do that and now we have for two weeks in a row. We have to keep building on it.”

With a 570-398-30 all-time record, Fort Payne is two games away from playing its 1,000th game, according to the Alabama High School Football Historical Society’s website.

Fort Payne travels to Southside-Gadsden for another region game at Barney Hood Stadium at 7 p.m. next Friday.

A few clouds from time to time. Low 56F. Winds light and variable.