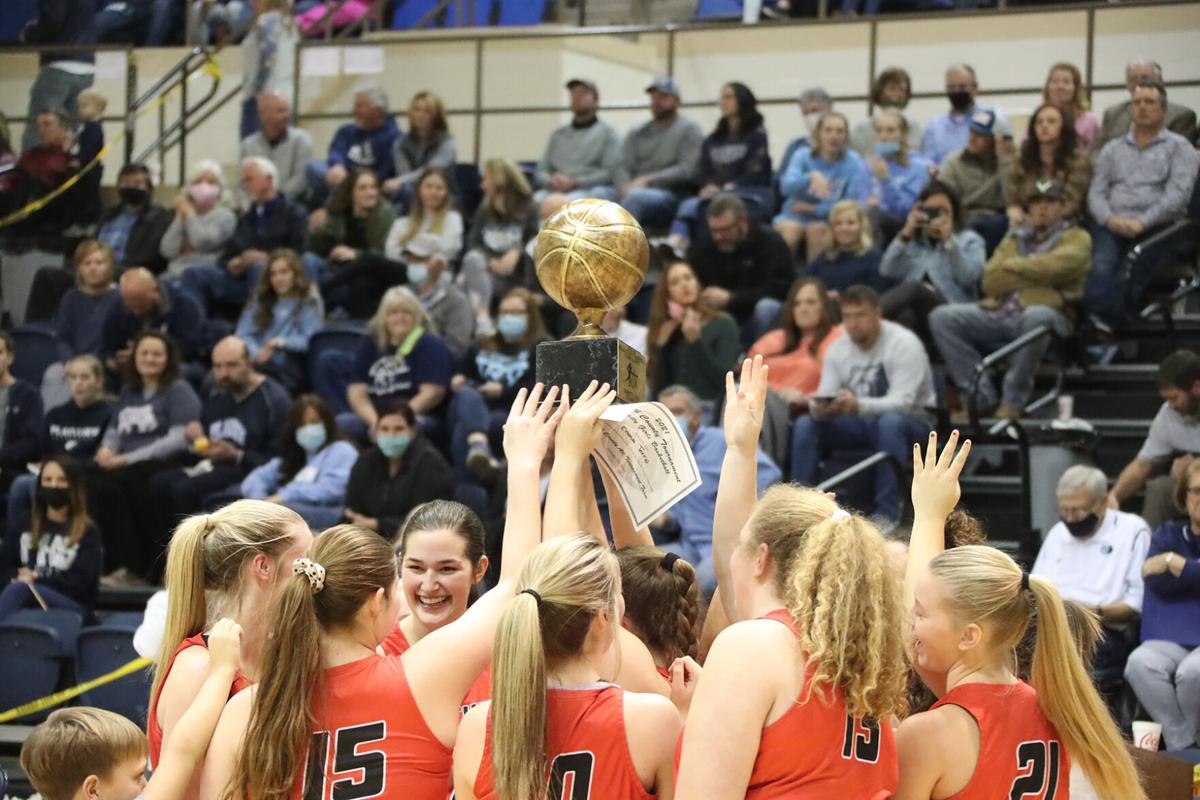 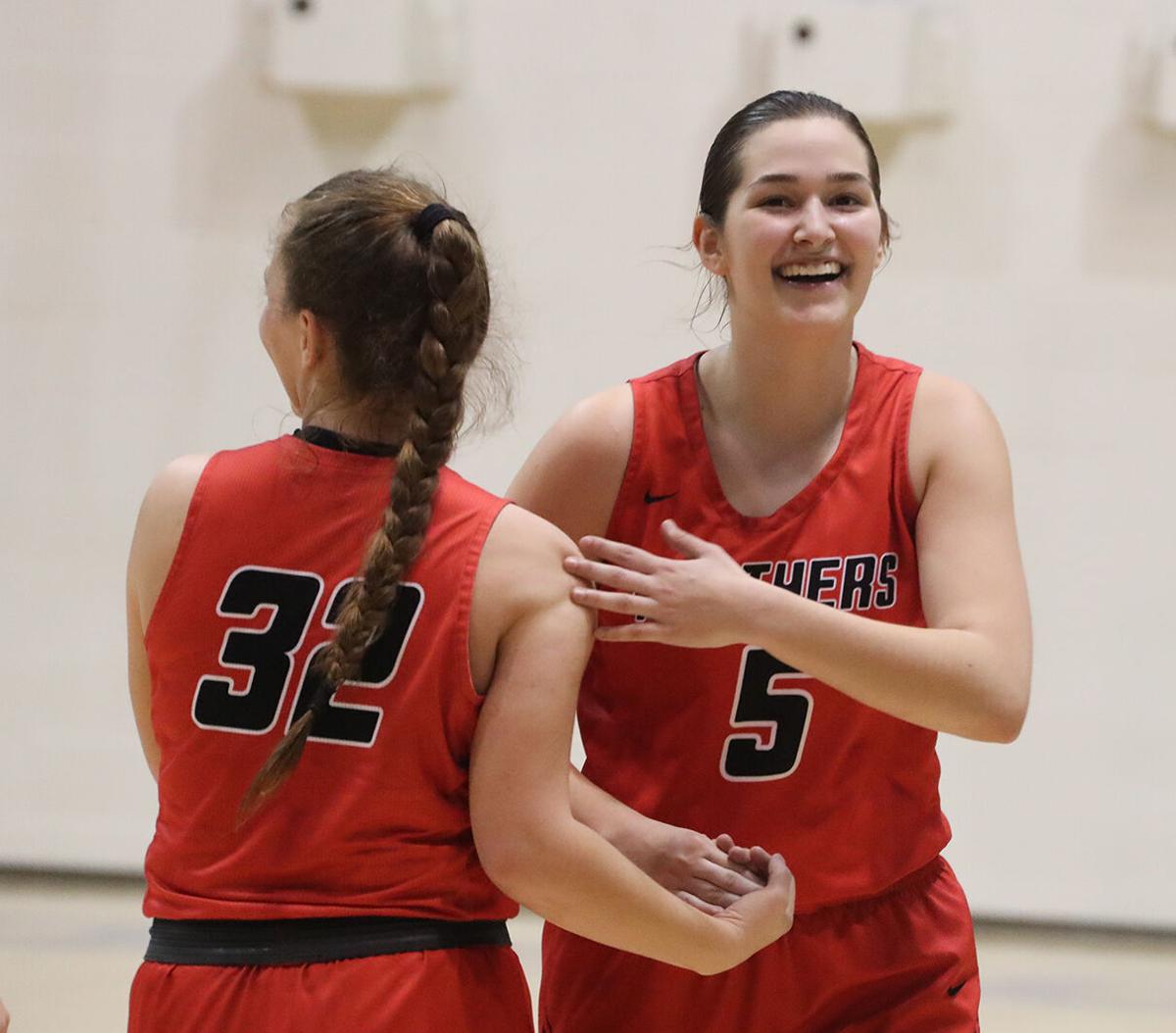 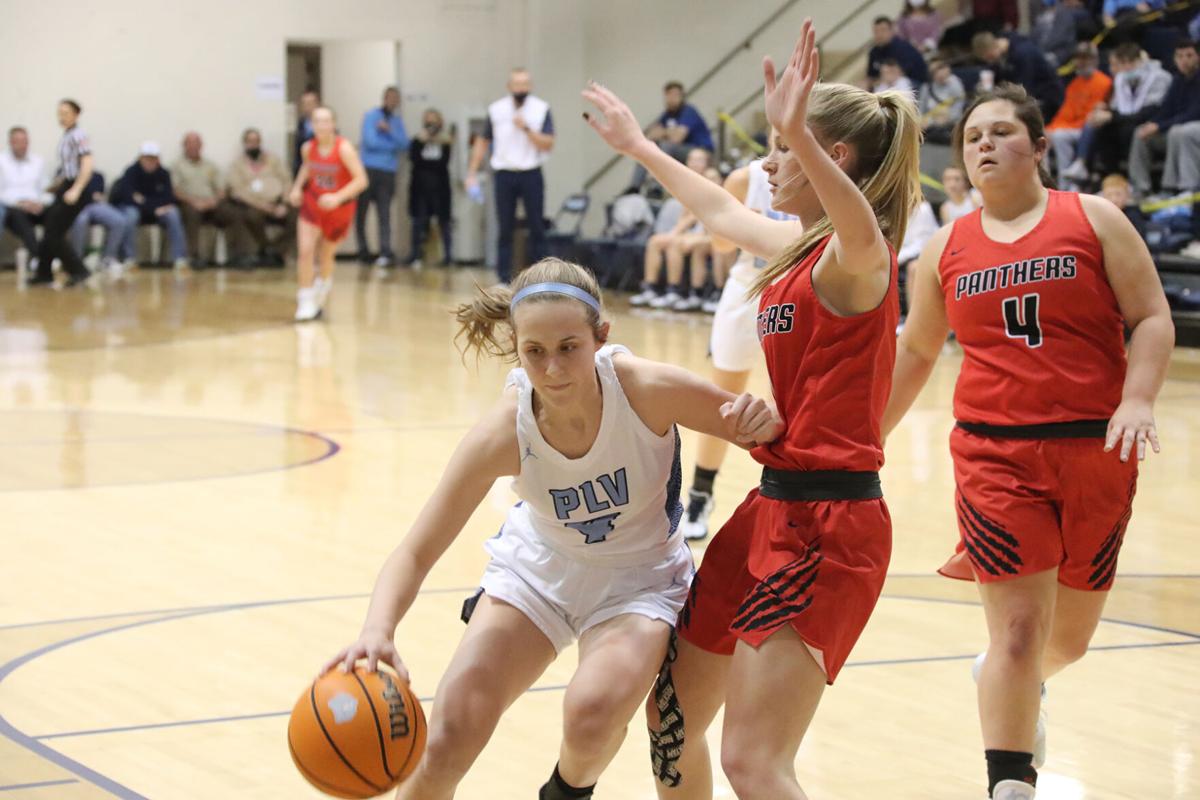 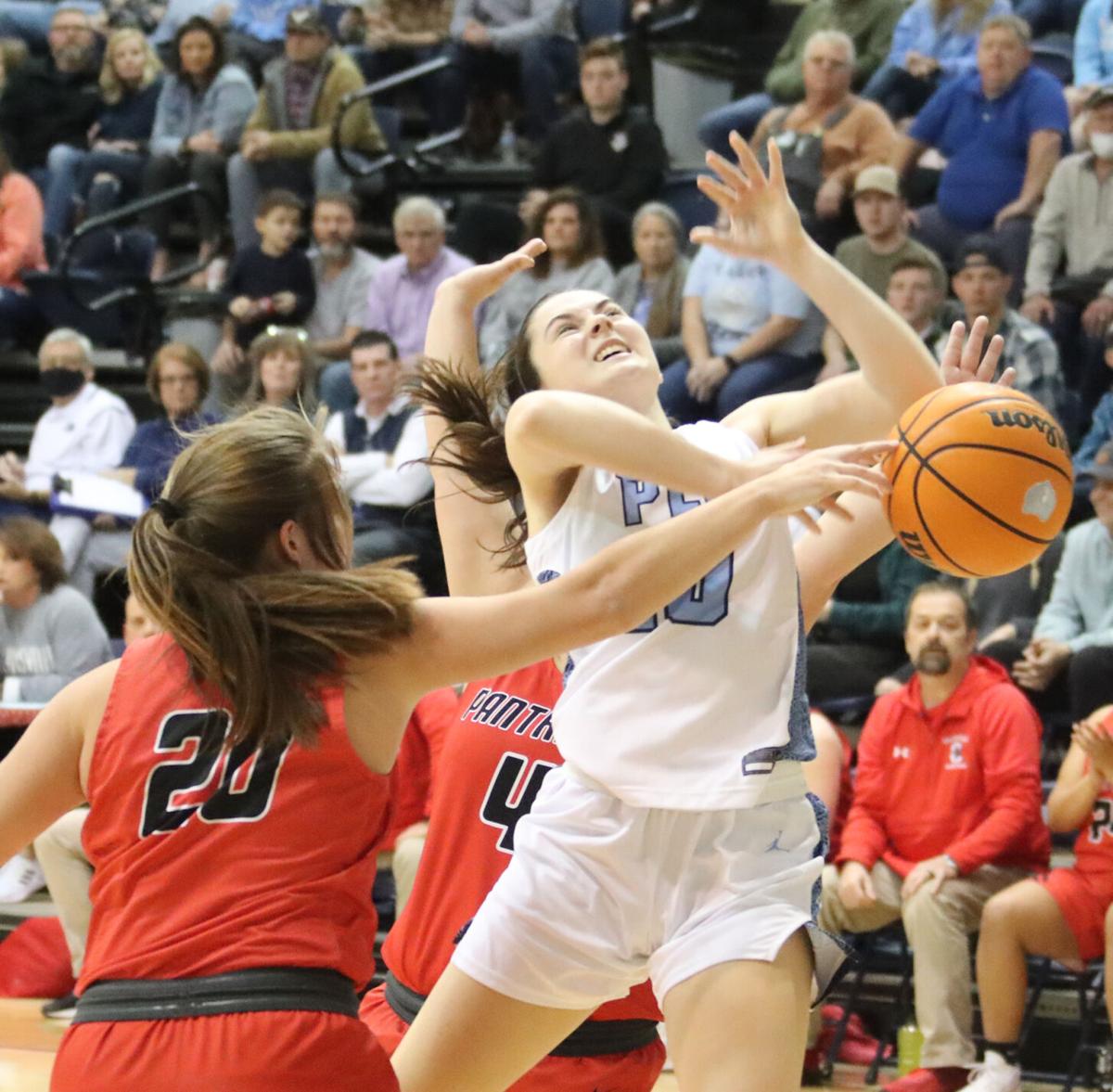 RAINSVILLE — The DeKalb County Tournament girls championship trophy will stay with the Collinsville Panthers for a fourth straight year.

Hadley Hamilton scored a game-high 20 points, including four 3-point baskets, and the No. 2-seeded Panthers used a fourth-quarter defensive effort to pull away from the top-seeded Plainview Bears for a 40-28 win in the DeKalb County Tournament championship Saturday night.

“Our senior class has won (the county title) every year since we’ve been in high school, so that means the world to us,” Hamilton said.

“(Tatum) is one of my best friends, so that’s great,” Hamilton said of being named co-MVP. “I think our whole team deserves it. I couldn’t just pick one person to win MVP.”

Emma Terrell added with seven points for the Panthers.

Sanders sank a 3-pointer to bring the Bears within 26-23 early in the fourth quarter before Collinsville forced some turnovers to widen the scoring margin.

Hamilton hit a jump shot and Olivia Akins assisted Terrell with a driving layup before Tatum drove in for another layup to lift Collinsville into a 36-23 advantage with 4:35 remaining.

Akins found Hamilton open in the left corner for a 3-pointer that extended the lead to 39-26 with 2:30 to play.

“(Collinsville) has some really good shooters on the outside and they can drive also,” Plainview coach Luke Griggs said. “I thought we did a good job on Tyla Tatum, but Hadley Hamilton had a big night.”

Despite creating some open looks at the basket, Plainview struggled getting shots to fall inside the last 2 minutes.

“They made it really tough on us and played some great man-to-man defense,” Griggs said. “We shot 9 for 51 from the field, which makes it tough. A lot of that goes to (Collinsville’s) defensive effort.

“...I thought the shot selection was really good. We just couldn’t finish.”

The Panthers held Plainview scoreless for 1 minute, 12 seconds before Blevins drove in from the left side for a contested layup with 1:18 remaining.

“Our technique was good tonight and I think we paid a lot of attention to detail; that’s probably what it boiled down to for our defense,” Panthers coach Jon Tidmore said.

Blevins scored a teardrop layup to help Plainview tie the game at 11 at the 6:42 mark of the second period before Caroline Brannon assisted Hamilton with a 3-pointer from the right wing to give the Panthers the lead for good with 6:30 left in the half.

Collinsville took a 19-14 lead into halftime and led 26-20 by the end of the third. The Panthers won the rebounding battle 29-20, including 26 from the defensive side.

“When a game’s that physical and you’re able to clear those rebounds like we were able to clear, that’s just impressive to me,” Tidmore said. “Those were big-girl rebounds. I’m proud of that.”