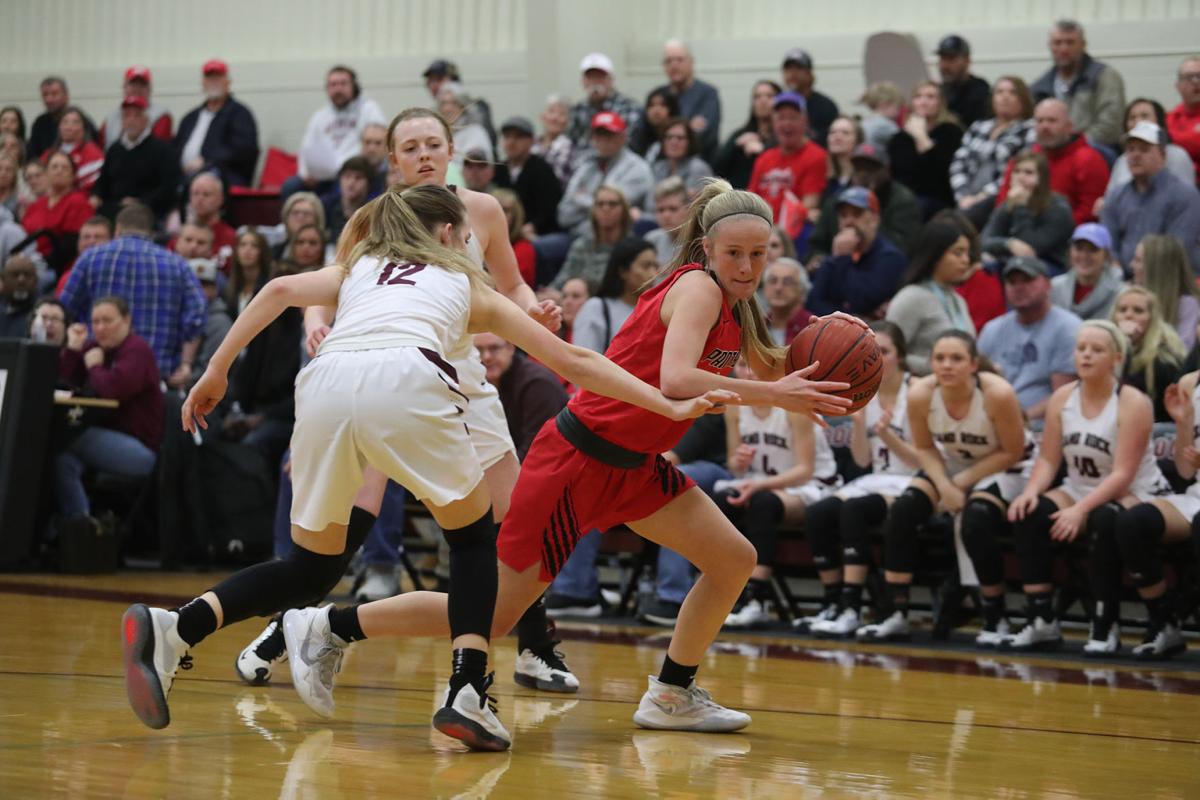 Collinsville's Tyla Tatum, right, dribbles out of a Sand Rock double-team during the Class 2A, Area 14 championship in Sand Rock on Friday night. 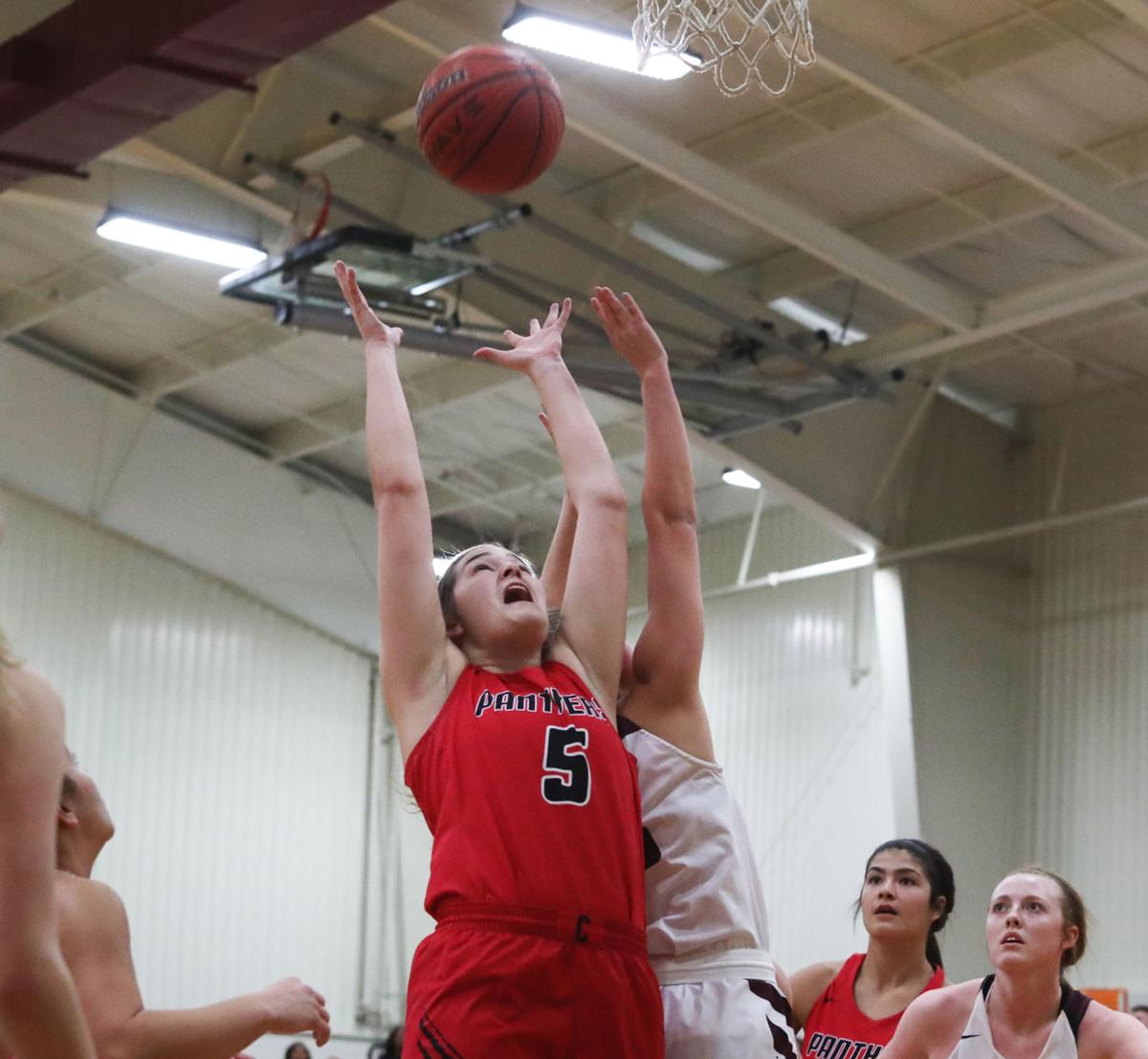 Collinsville's Hadley Hamilton (5) rebounds against Sand Rock during the Class 2A, Area 14 championship in Sand rock on Friday night.

Collinsville's Tyla Tatum, right, dribbles out of a Sand Rock double-team during the Class 2A, Area 14 championship in Sand Rock on Friday night.

Collinsville's Hadley Hamilton (5) rebounds against Sand Rock during the Class 2A, Area 14 championship in Sand rock on Friday night.

SAND ROCK — Despite getting high-percentage scoring chances in the fourth quarter, many shots just didn’t fall for the Collinsville girls basketball team.

Among a standing-room only crowd, Sand Rock capitalized at the free throw line in the final period during the Panthers’ scoring drought en route to a 54-41 win in the Class 2A, Area 14 championship Friday night.

“We had some good looks,” Panthers coach Jon Tidmore said. “We just had to make some shots.”

Sand Rock made 14 of 17 attempts from the foul line in the final period after pulling ahead 39-29 with 4:50 remaining.

“(The Wildcats) knocked down the free throws when they got there to the line,” Tidmore said.

Tyla Tatum hit a jump shot and added a score in the paint, before Olivia Akins found Hadley Hamilton for a corner 3-pointer to cut the deficit to 44-36 with 2:44 remaining.

A pair of Wildcats free throws extended the lead to 52-38 with 1 minute remaining.

“Tonight was about making shots,” Tidmore said. “We were patient and when we did get good looks, they didn’t go in.”

Hamilton, Rivera and Akins were named to the all-tournament team.

Hamilton assisted Akins with a layup, Rivera added a fast-break layup off a steal and Hamilton added a 3-pointer to keep the Panthers within 11-10 at the end of the first quarter.

Sand Rock led 21-18 at the halftime break after Collinsville’s Hamilton made a reverse layup and a jumper in the paint and Akins made a pair of free throws during a second-quarter stretch.

Collinsville visited Fyffe for a Class 2A sub-regional game Monday night. The game was not completed before press time. Follow The Times-Journal on Facebook and Twitter for updates.